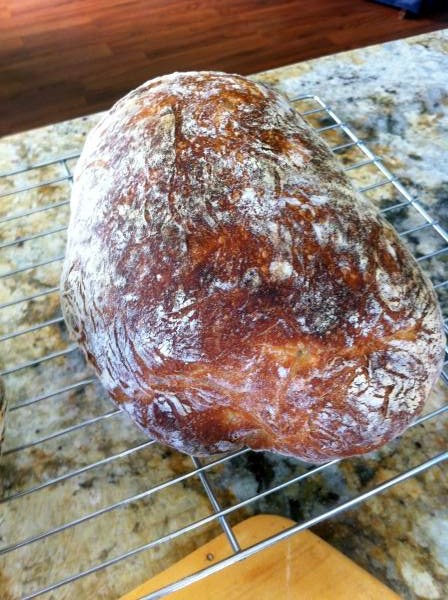 This post is really more of a test with the new site than anything else. I wanted to see what, if any, differences there were between posting on the old site V the shiny new model Floyd has come up with. I was curious if the edit bar would show up when posting since it's been missing more often than not at this end over the last 24 hours. I began to wonder if posting a blog entry along with photos would have to wait for a time until things with the new site config was sorted out but as soon as I clicked on the text field the edit bar appeared and everything has worked just fine so far, just as it did on the old site. Clicking around the site just now I see the edit bar has reappeared on top of all the text fields for comments so it looks like Floyd and Dorota are getting things in order pretty quickly. Thanks you two, nice work!

The bread is a couple of Ciabatta made last weekend that I hadn't intended on posting but they were handy enough for a quick post here. 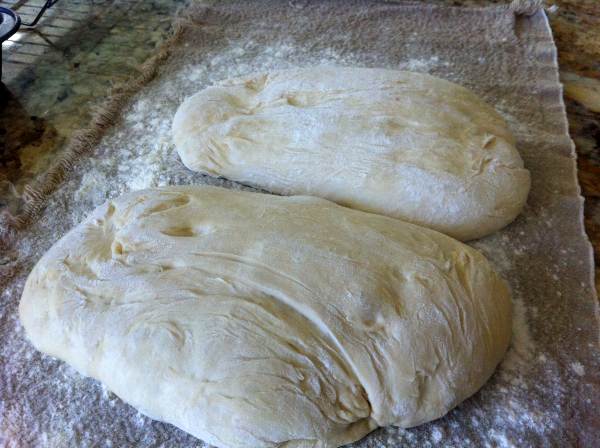 The formula is based on Hamelman's Ciabatta with Stiff Biga from "Bread" that has been slightly adapted for hydration, one of those rare occasions that I actually lowered the water content, in this case from JH's 73% to 65%, which with the flour I'm using (Anita's Organic AP) has given me a better final result overall. 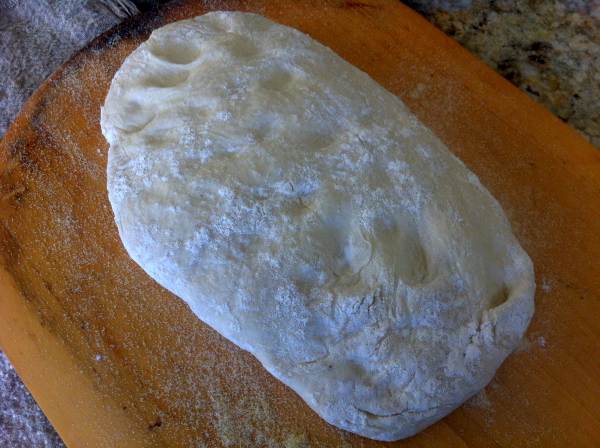 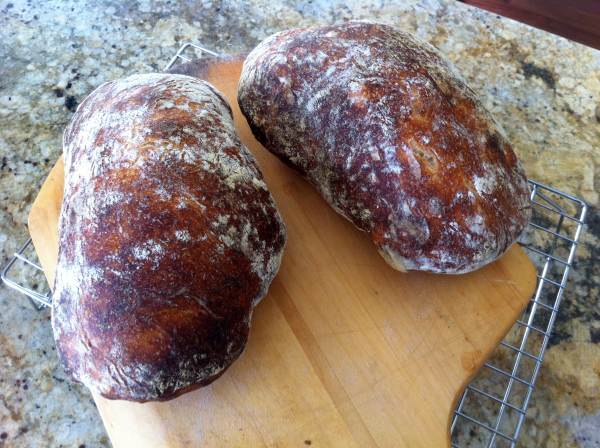 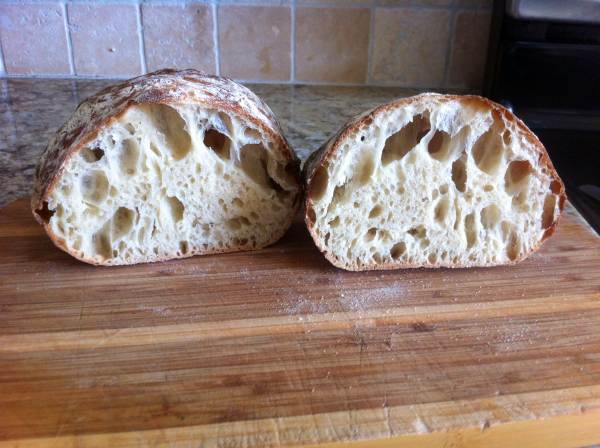 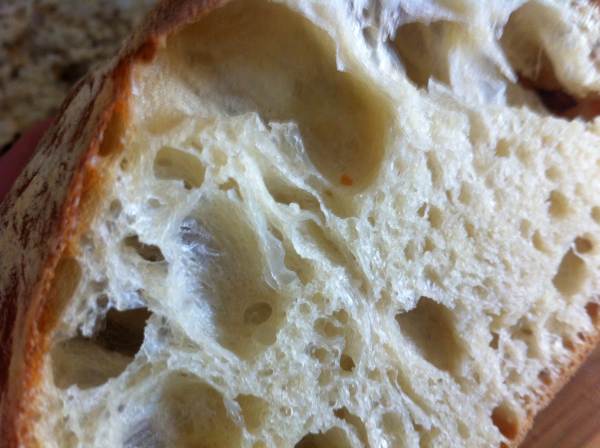 If anyone has had concerns with the new site about issues with inserting photos or pasting in formulas and such, all I can say is I didn't run into  any  problems whatsoever with this post, it worked perfectly. FYI- My system is Windows 8 64 bit and my browser is Chrome.

Nice looking ciabatta, Franko, and thank you much for being a "guinea pig" and testing out the site!  It is coming together now, I think (crossing fingers, knocking on wood, and all that).

It was my pleasure to take your new baby out for a shakedown and as I say it worked just like the old one for inserting photos etc. It did a much better job when I pasted in the formula, filling the entire width and looking way better than previously.

The edit bar however is missing the bold and italic selection, which while not critical I find useful for most posts. The underline selection worked in preview but not in the saved version, just in case no one else has passed that on. I'm sure in another few days you'll have all the pieces of the puzzle put back in place, the fact that it's quite functional after so little time,coding illiterate that I am, is amazing!

I'm looking forward to trying out the video function at some point,but have to convince Marie to be my camera -person first. Don't hold your breath waiting for that to happen right away!

Bold and italics should be back now.  Sorry about that!

Yes, underline and strikethrough are two I find very useful and that should be easy to add but aren't for some annoying technical reasons that I could talk your ear off about, but I'll spare you.  We'll leave it at "I'm working on it."

thought ciabatta had to be 80% hydration or panned up called something else :-)  Never would have thought to do a 65% one,  Yours is gorgeous and that flour of yours must be pretty special.  Nice baking Franko

Hi dabrownman and thanks!

The Anita's Organic seems particularly well suited for this type of bread with it's overnight fermentation and always surprises me with how dramatically it springs from basically flat to high profile in the first ten minutes. Having played around with hydration over several bakes during the last year or so, this percentage delivers the flavour and crumb texture I prefer. Canadian and US flour are slightly different in protein content and gluten strength so 80% hydration might very well be the number for the flour you use, but try some different %'s and see if all that water is really necessary. You may find it isn't and that the flavour is improved.

Thanks for your comments Da-man.

Handsome ciabatta, Franko.   In my exploration of the revisions to the site, I came across your recent blog titled Revisiting Czech Rye and Butterflys - alas, the comments are there but your content appears to have been lost in cyberspace???

It's back!  Let me know if you see others like that.  They are still in the database, just need a little kick to show up again.

I think I also fixed the comment issue you PMed me about, Franko.

Jinx! I thought you were working on Subscriptions right now, Floyd ;)

Ah.. this was another case of a blog entry that had rendering issues due to some broken table-tags that were hiding in the content of his post. I went in and fixed it and it should be working now. Folks - if you encounter any other blog posts that have this issue, feel free to shoot me a message and I'll see what I can do!

Thanks  Dorota! The two of you are really on top of things, much appreciated.

By the time I read your comment Floyd had already worked his magic but I appreciate the heads up. You also reminded me of something I forgot to do regarding that post, so thanks again for jogging my faulty memory.

Thanks so much! I just had to have some Ciabatta to go with the hot Genoa salami and provolone I'd bought the day before. Mmmm! :^)

lovely.. lovely  and lovely.. can't stop smiling :) what a joy to see beautiful breads .thanks for sharing Franko.

My pleasure to share Evon and I'm happy to know you enjoyed the photos. Many thanks!

With this bake I thought I'd try doing it in convection mode, something I haven't used very often since getting the new oven. Though I should have left the loaves in the oven with heat off once they'd reached this colour for a harder crust, I do agree that they look nicer with a darker colour and it gives them a better flavour as well. I've found that with a retarded partial BF, 65% hydration gives me the best of both worlds in terms of flavour and crumb. I can get a better crumb by going higher but at the expense of flavour.

Thanks for your comments Khalid!

ps. I'll get back to you on the wholemeal bread as soon as possible, but your advice was much appreciated.   Thank you

Good to hear from you mate and glad to know you liked the ciabatta. I think the site is working well and I'm sure you'll find as I did, that the process of posting is the same as it was before the upgrade. Looking forward to hearing of your results re: the wholemeal bread and hope the advice was of some use to you.