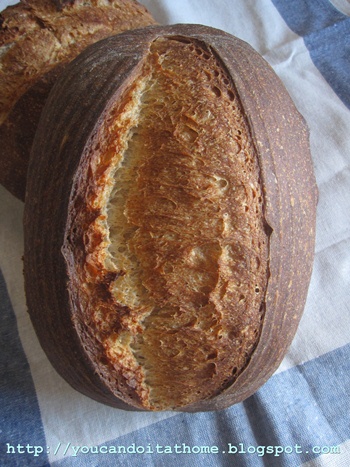 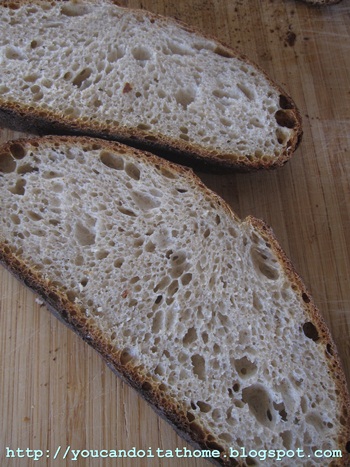 I made both Vermont Sourdough and Vermont Sourdough with Whole Wheat several times in the past year but this was the first time I attempted this recipe (Vermont Sourdough with Increased Whole Grain). There were serious typos in the formula for home-bake. Mixing the dough by following the ingredient list, I ended up with a pancake batter. I have heard about the big errata sheet for the book, but this was the first time I came across the recipe error myself. Thank God that at least there was no typo in Baker’s Percentage and liquid levain built. At least, I prepared starter built correctly and I corrected the ingredient errors by using the Baker’s Percentage. 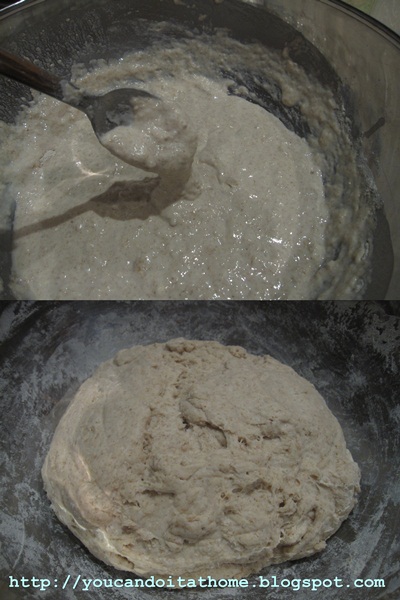 Before and after ingredient correction

Thanks to the new baking stone (one-inch thick paving bluestone bought from Bunning), my bread came out singing loudly (really really loudly). It sang with crackling tunes for several minutes (no joke!). 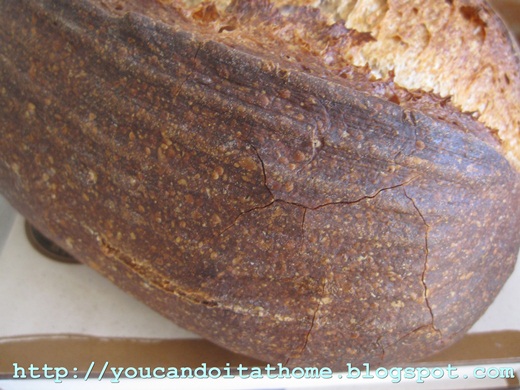 As you would expect from Vermont Sourdough, the bread was lovely with pronounced tang from increased rye and percentage of levain.

Sue, lovely bread.  Just the way I like it.  Here is a link to the most up-to-date version of the errata sheet for Hamelman's Bread: it includes corrections for Vermont Sourdough.  You will find both a Word Doc and a PDF version.

You're always so helpful! The errata sheet is massive!

There was the typo in Hot Cross Bun recipe as well. I now remember that I saw something unsual about the paste recipe in HCB. But I adjusted that myself, as the recipe amount was massive, way way too much for the home batch. Now, I know it's an error.

I really like the flavour of the bread. But my crust is a little too crusty this time. Tthough the crust caramelisation was kinda lovely, it was hard work for my jaw:(

so beautifully.   Nice save.   I've run into those typos myself.   Nowadays when I make a Hamelman formula I plug his percentages into a spreadsheet and compute the numbers from there.   That way I can scale it down a bit, and don't have to deal with the pounds and ounces either.   -Varda

I love the idea of spreadsheet for calculation the recipe. Why didn't I think of it before! Thanks for the idea:)

Thanks for the link - good that they had a download for Mac, too.

I made the Vermont Sourdough once, but I didn't try the increased whole grain version. Nice looking bread!

That is a perfect looking loaf as well as the crumb!  Very nice!!!

I am very impressed!

Thank you Akiko for your kind words....you're so sweet:)