Couldn't help but want to share this link from "I Can Has Cheezburger"  Lolcat bread pic.... On to my raisin bread, which turned out pretty good.  I used Winter White Wheat, red wheat is simply to strong flavored for making a good cinnamon bread.  I like the red wheat for my cereal bread though!  The darkness of the crumb is mostly from the cinnamon that went into the dough. 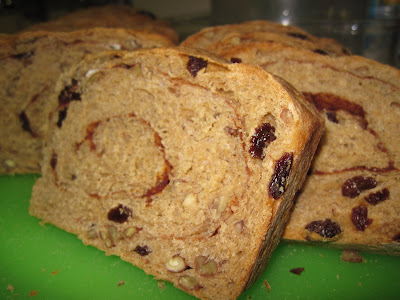 I did not soak the flour at all with this recipes, simply ground it and made it into the bread.  I used kefir (basically a lot like buttermilk), and the only other changes I made to the recipe was to use pecans, splenda for the cinnamon swirl and honey in the actual bread.  Oh, I also reduced the percentage of raisin in the recipe by half.  Not sure why the baker's percentage asked for so much, but it seemed rather outrageous.  Here's the dough after the kneading it for about 4 minutes. 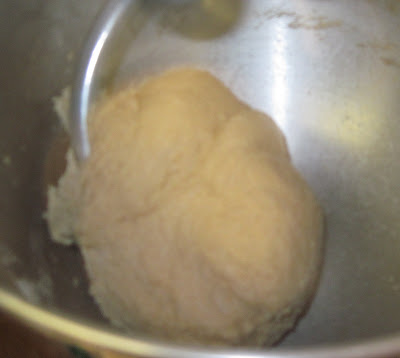 At this point I added the pecans and raisins, and kneaded for a few minutes, which worked ok, but I decided to do a little hand kneading before I let it rise, just to mix them in a little better.  I then greased up a container for the dough to do it's bulk rise in. 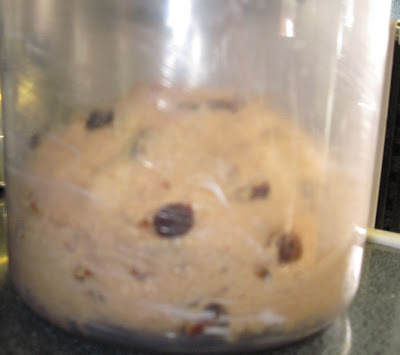 It actually looks pretty good in there, and I'm starting to think this will turn out to be a nice loaf. 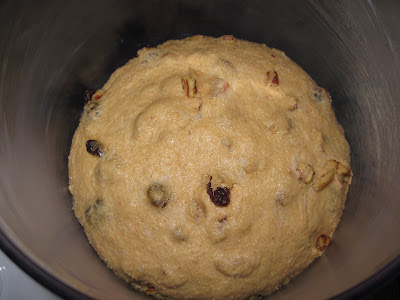 Starting to rise a little bit, a little bit slower than I expected, but I think I used active dry yeast rather than my instant yeast. 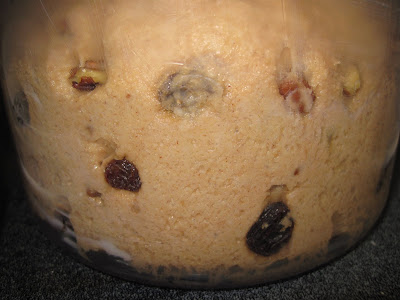 Took about 2 hours, but it's now risen well and ready to be shaped into a loaf of bread.  This is 1.8 lbs of bread dough. 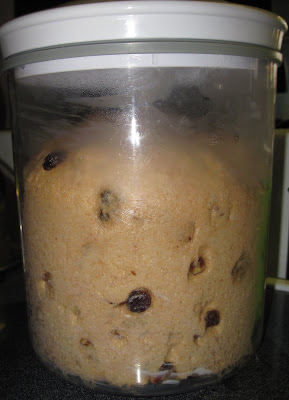 I flattened the dough with my hands, trying not to eliminated all the bubbles, but wanting the texture to be like a sandwich loaf.  The gluten was really well developed, so this was easy but took two steps.  It needed a few minutes to rest before finishing flattening it. 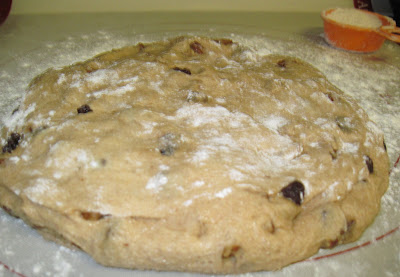 Here it is with the cinnamon and splenda, plus a small amount of flour with a spray or two of water on top to hold it all in place. 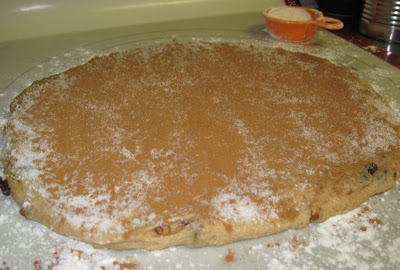 All rolled up, ready for it's final proof.  It's looking pretty good, but I think I should have made a little bit more dough for this loaf.  I thought it was 2 lbs, but when I looked back it was actually about 1.8 lbs at the most. 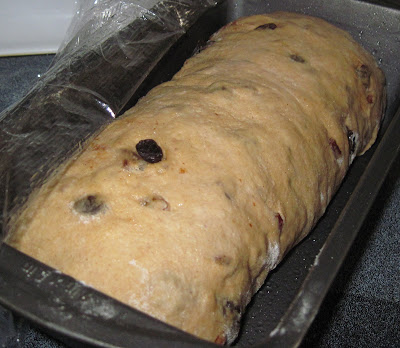 I took two pictures of my finished bread, in different lighting conditions, because of the speculation about why the BBA book's picture was so different.  I am thinking that these last pictures will show what a difference simple lighting and camera position can make, but I also did not cook my bread for a full 40 minutes like BBA called for.  I do not like really dark crusts, so tend to pull them or cover them with foil if I think they are not quite done. 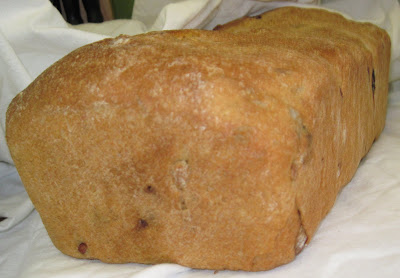 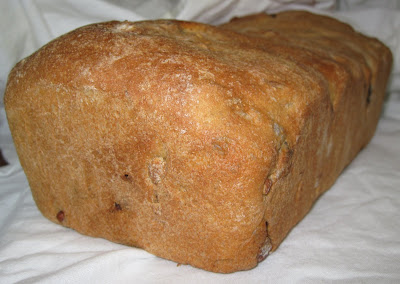 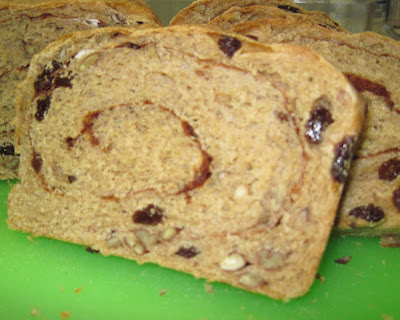 I bet the taste was wonderful !

Thanks!  It did have a good flavor, just wish I hadn't ran out of cinnamon in the middle of making it.  I think it could have used a little bit more in the swirls.  I really like how the Winter White Wheat flour gave it a slight whole wheat taste but wasn't overpowering like the red wheat would have been.  This is one I will make again, and here I thought I would end up with bricks when I used 100% fresh ground whole wheat flour.  This has actually been an enlightening experience, after the flops I had years ago!