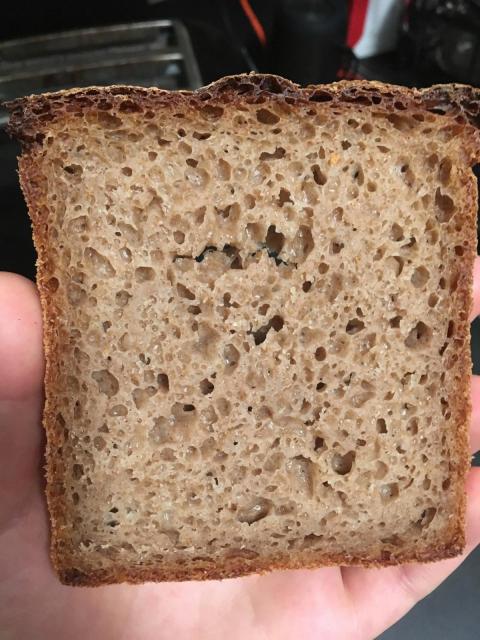 My brother, Aaron, and I are both enthusiastic amateur rye bread bakers. Since we live on opposite sides of the country, we often exchange pictures and messages about our bread baking adventures, and occasionally we like to bake the same recipe to compare results.

A few weeks ago, Aaron baked Frisian Black Bread from The Rye Baker twice in the same week. He couldn't get the dough to rise very far in the final proofing stage and ended up with dense loaves both times.

I took a stab at the recipe this weekend, expecting similar results. Boy was I surprised! 20 minutes into the proofing time (listed as 30-45 min), the dough had risen to the top of the pan and was ready for baking. One of the strange quirks of this recipe is that the bread proofs in the oven and then is left in the oven while it pre-heats. The oven steamed up once I turned on the heat, but once the steam cleared away, I could see that the dough had exploded over the sides of the pan...whoops!

After a full bake and hacking my poor franken-loaf out of the pan (I neglected to grease the top rim of the pan...and the outside?), I waited 24 hours to slice into the loaf only to discover a bread cavern! I'm not surprised given how vigorous the proofing and oven-spring was. Despite its visual flaws, the loaf is delicious—one of the tastiest rye breads I've made so far. Definitely a recipe I'll try again. 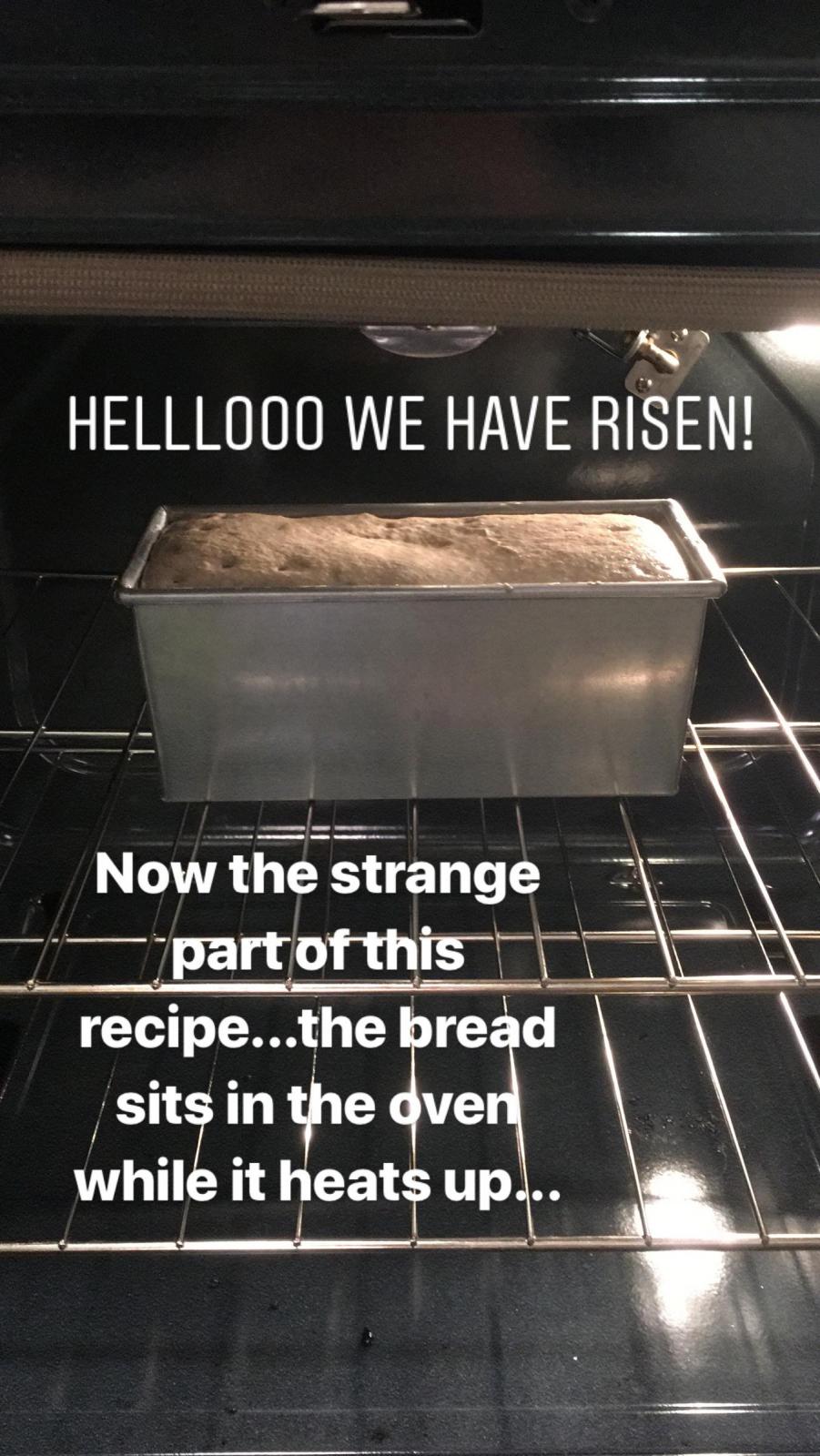 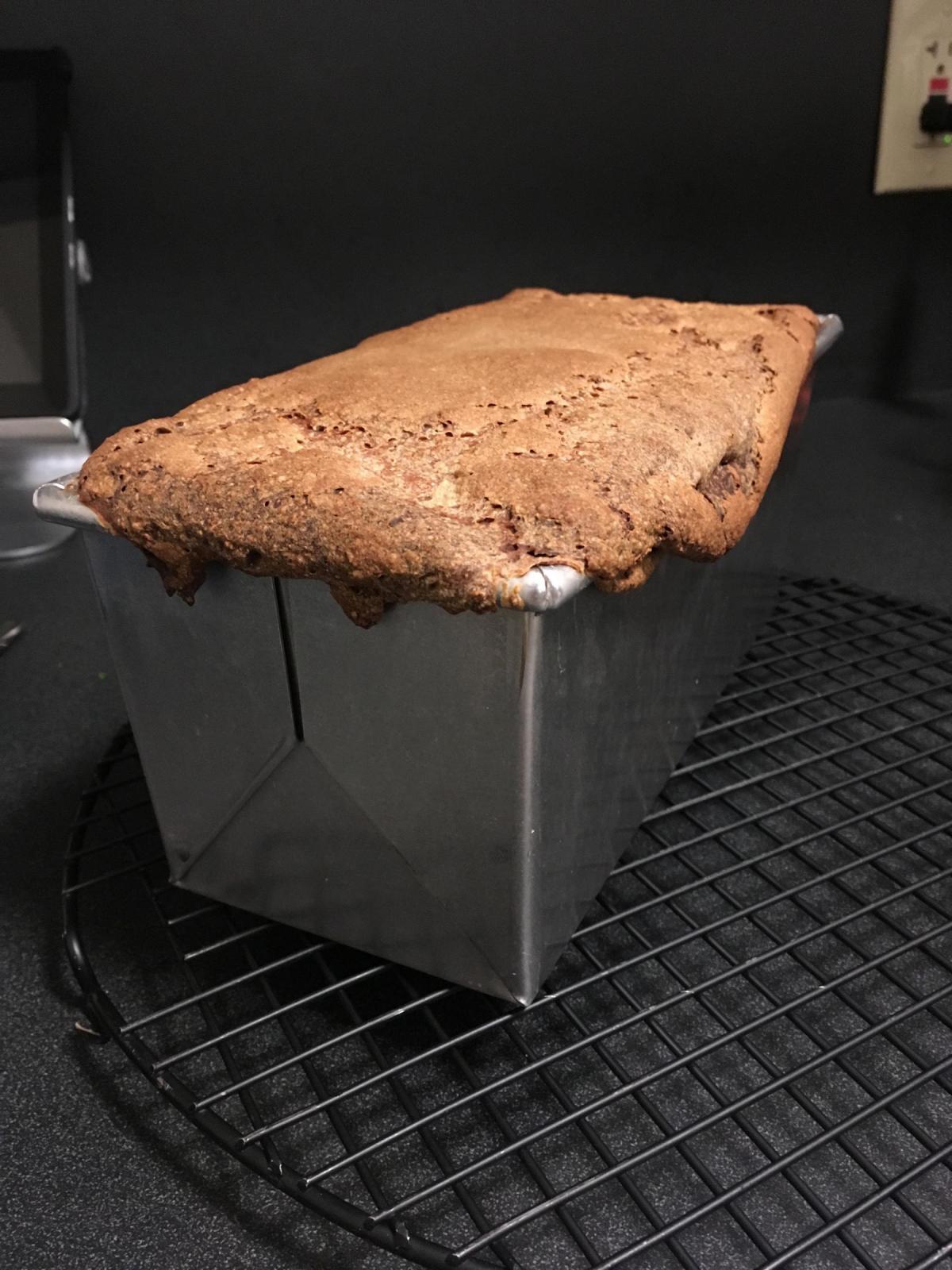 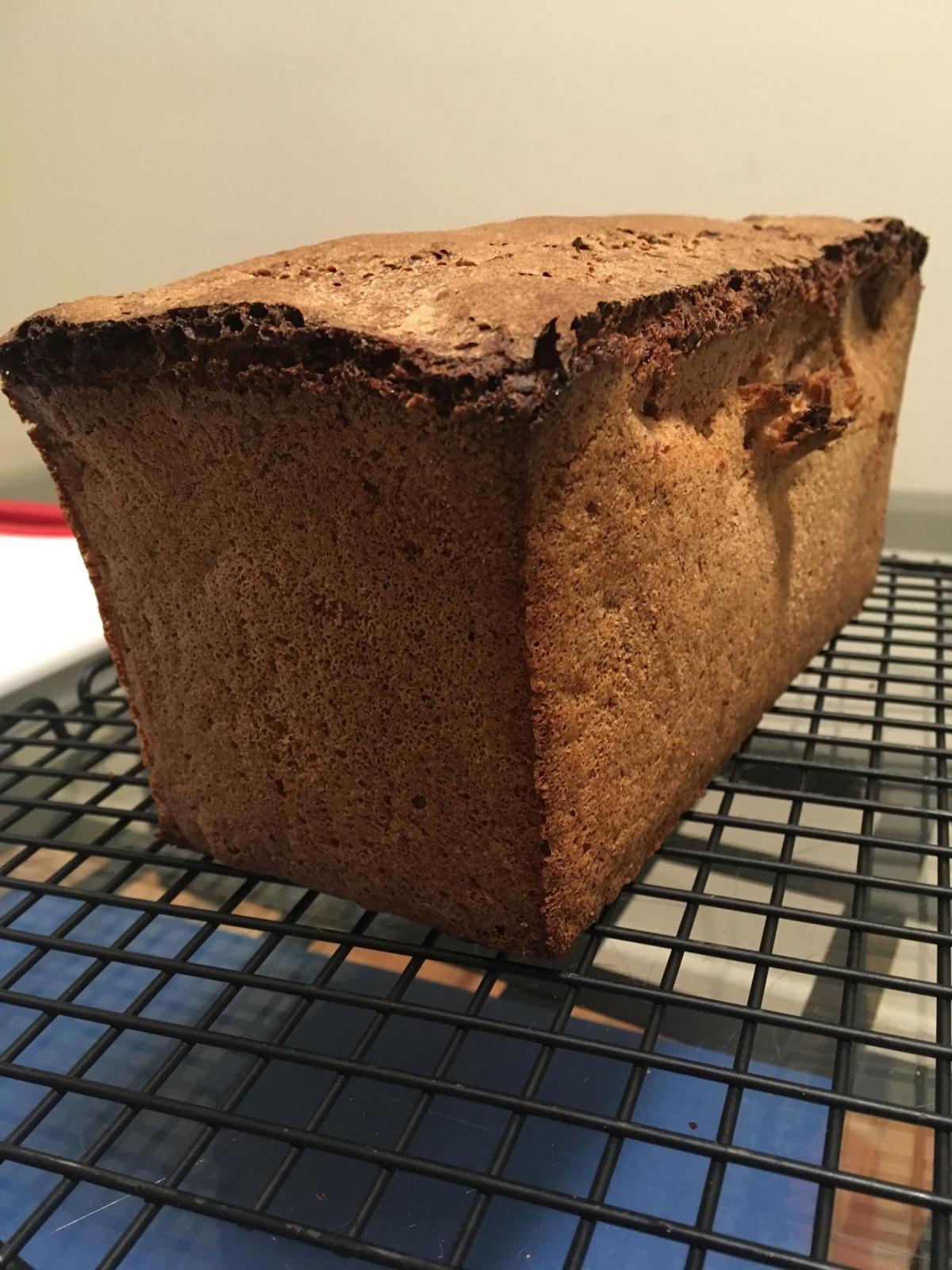 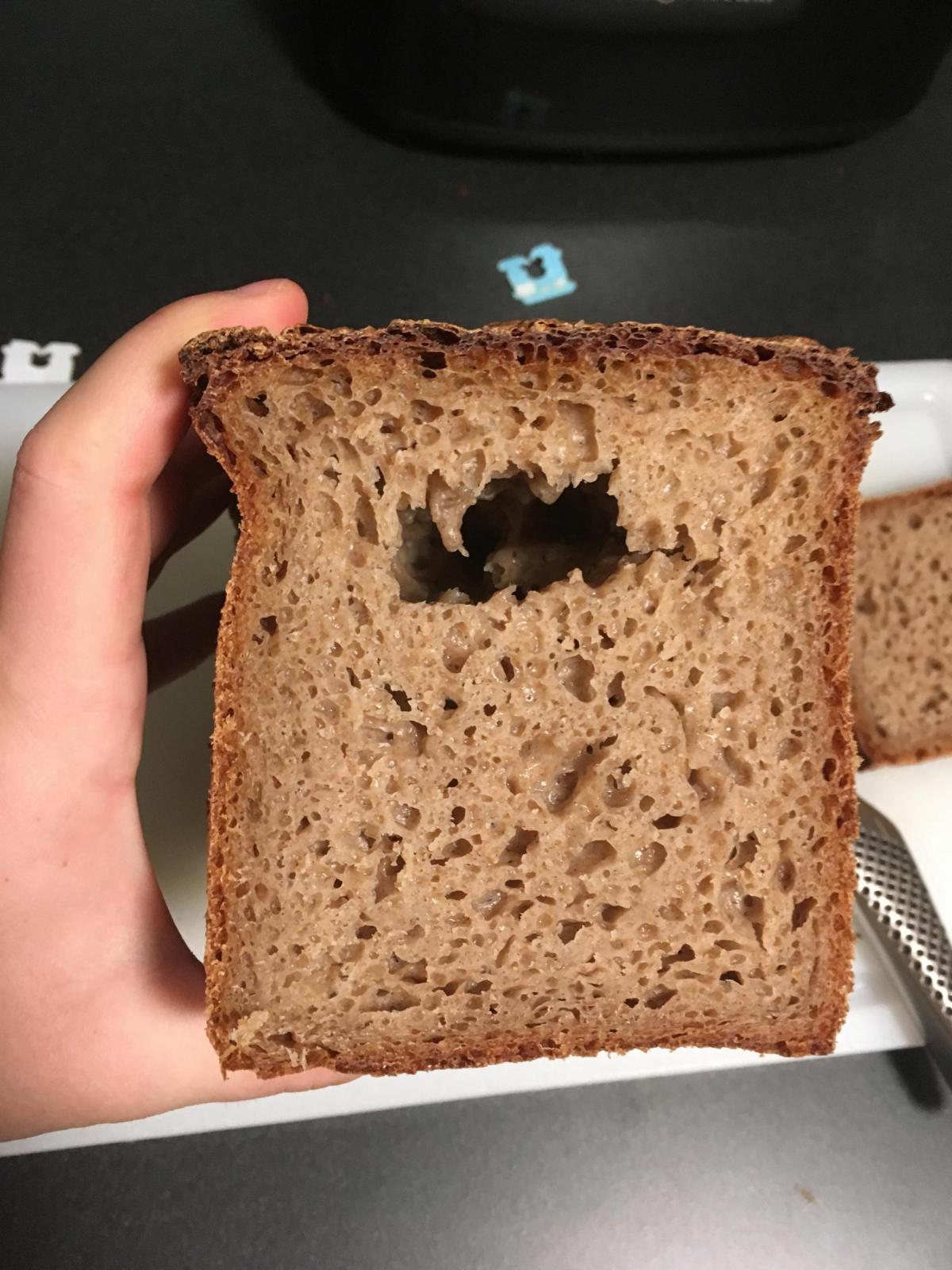 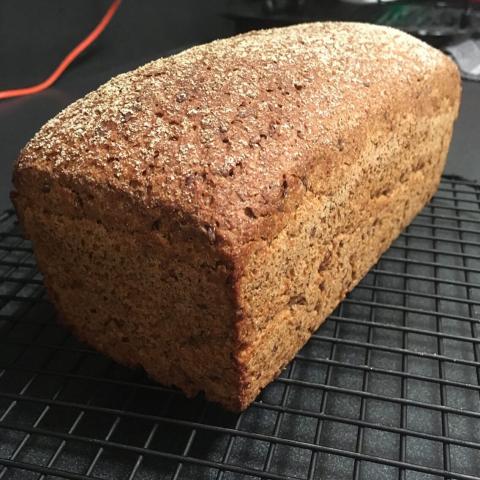 The challenge for this weekend: Vollkornbrot from Jeffrey Hamelman’s Bread. This is one of my favorite recipes because it’s surprisingly low maintenance for rye bread, and the results are fantastic.

I substituted BRM 7 grain cereal mix for rye chops, and it worked surprisingly well. The bread is a little less chewy than with rye chops, probably because the chopped grains in the mix are smaller. The crumb is more open than the last few times I’ve made this recipe, but I think I could still push the proofing a little farther. I was getting intimidated by the spreading pinholes.

The worst part about making rye bread is waiting to slice into the loaf! The recipe calls for waiting 24-48 hours, but I only lasted "overnight," which was around 18 hours. I feel like a little kid on Christmas morning the day after I make a beautiful loaf of rye bread! 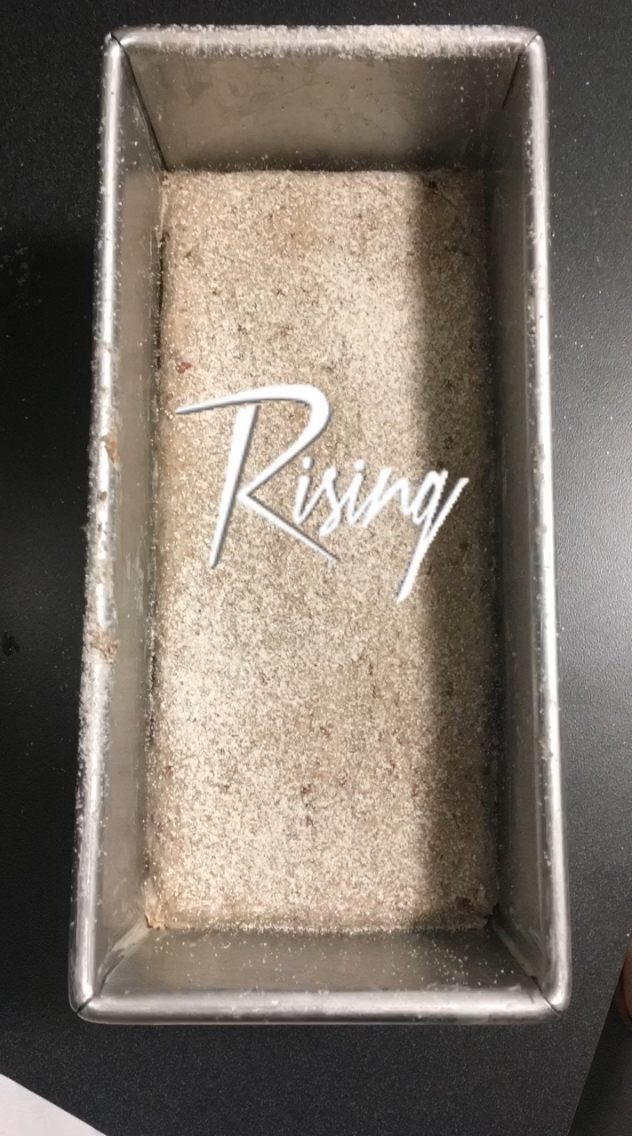 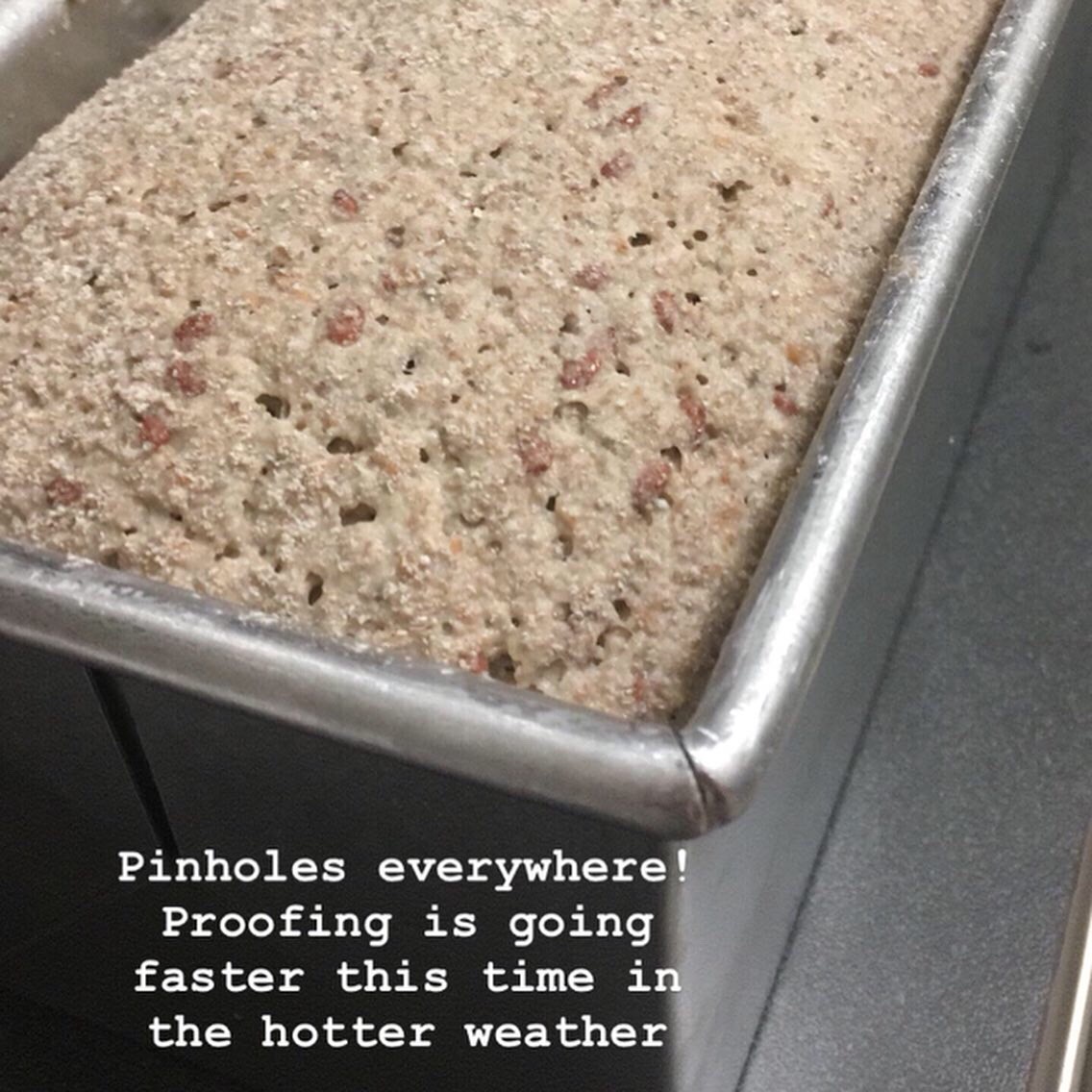 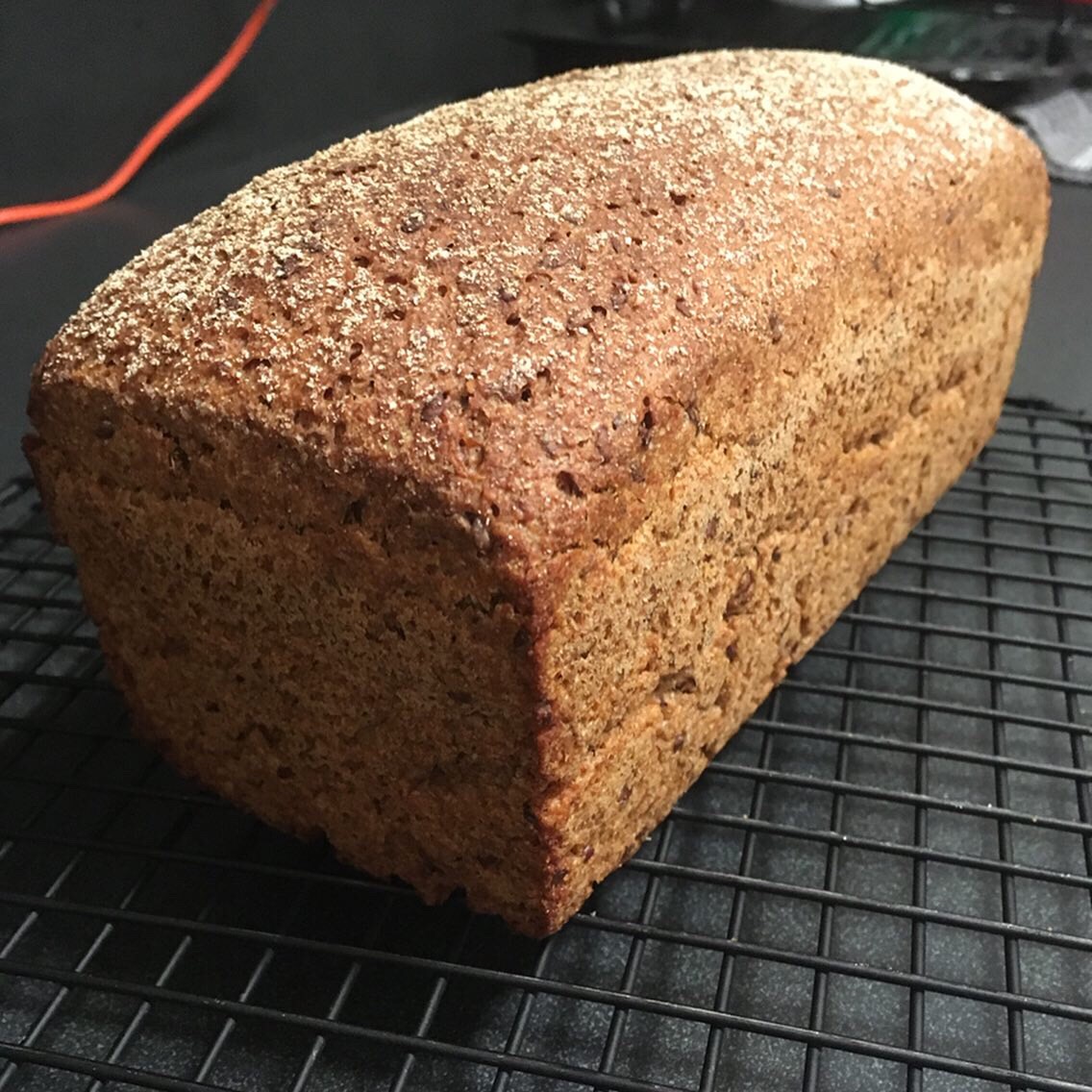 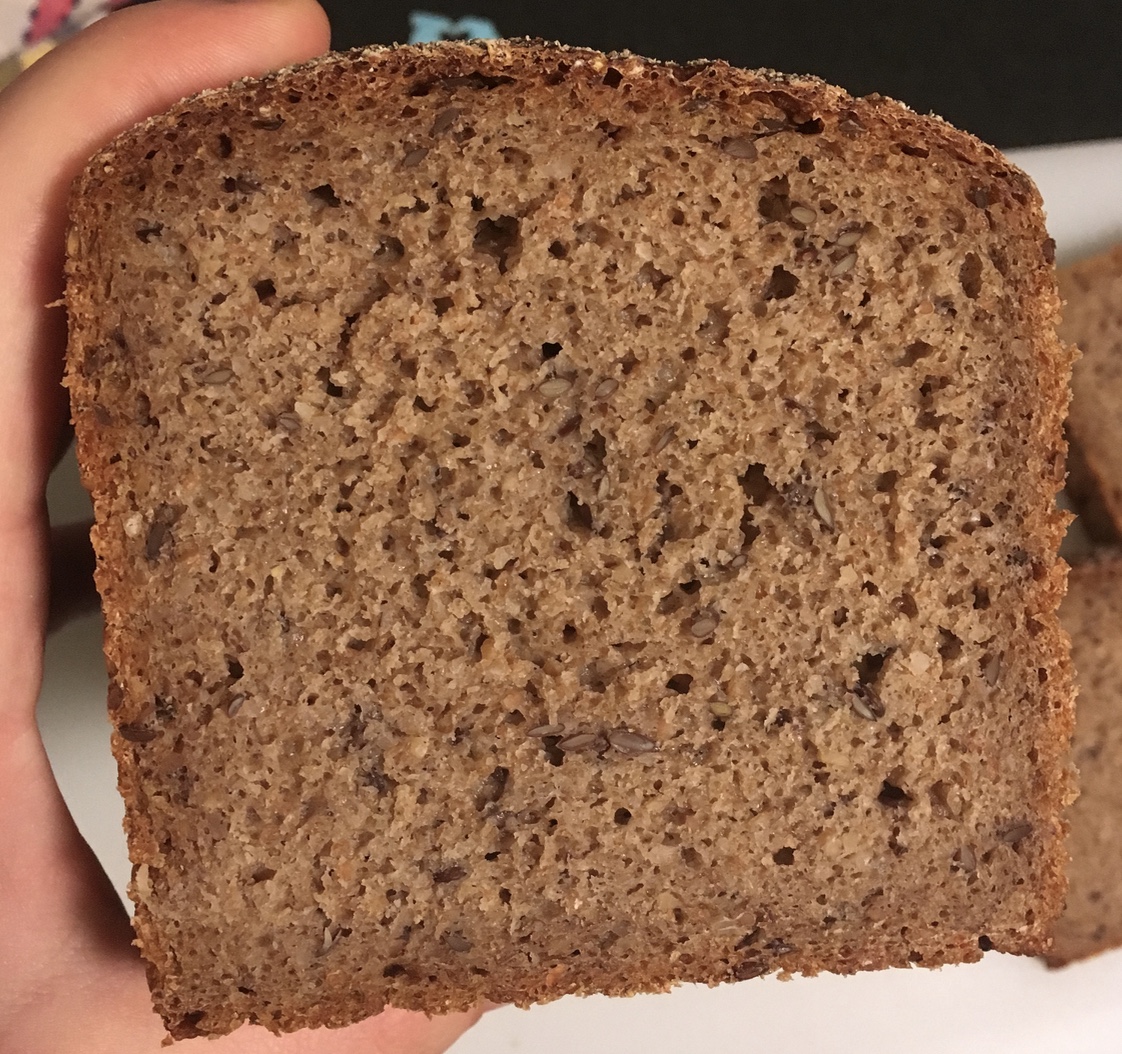