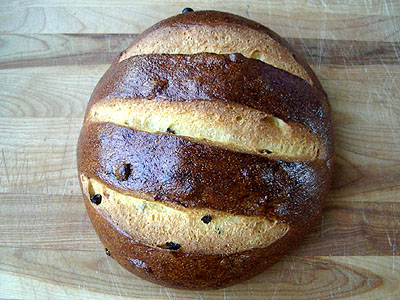 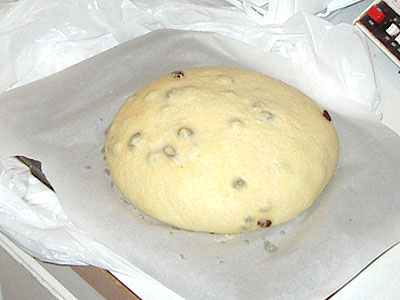 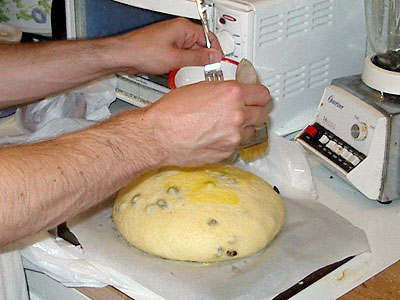 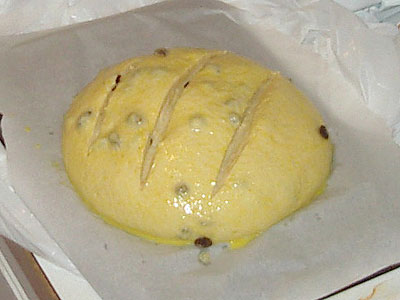 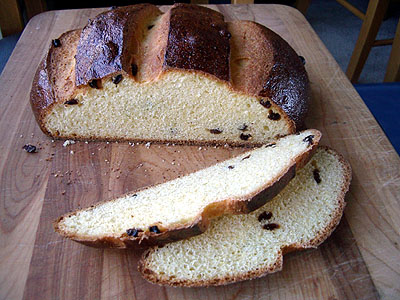 Scissors for scoring... makes it look so fancy!   This is an update loaf.  I added 90g of fresh cut of the cob sweet corn, should have lowered the hydration just a tad.  It spread more than the previously posted loaf that disappeared into the great crumb heaven. You can see the scissor cuts better with a visual.  :) 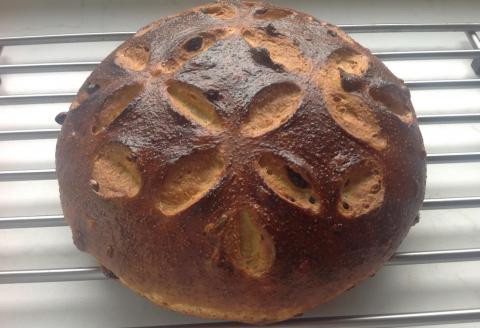