Can I use Wine Yeast to Make Bread

Can I use Wine Yeast to Make Bread

I've been making some good bread wit a Breadmaker using some stock recipies that call for Active Dry Yeast.  I have used Yeast designed fro Bread.

How would the results differ if I used Wine yeast instead?

Baker's yeast converts sugar into carbon dioxide, which will cause the dough to rise.  From what I've read, there are different varities of wine yeast and its purpose is to convert sugar into alcohol and carbon dioxide.

If you use whatever variety of wine yeast  you have on hand, you could wind up with an alcoholic tasting (possibly bitter) flat hunk of bread.

Let us know the outcome should you give it a try.

Beer can be brewed with bread yeast.  Many cultures have brewed wine, beer, bread, mead, etc... with the same yeast.  The only difference between a strain of yeast that is used today for brewing wine and one that is used for bread is the flavors it will create and the temperatures at which it will create those flavors best.  They all do the same job, just some do certain things better than others.

A wine yeast can survive in an environment with more alcohol than a beer or a bread yeast.  A beer yeast will die off at around seven percent (same as a bread yeast), while a wine yeast can go up to about 13 percent.  But it would sure take a lot of sugar to end up with a dough that had that much alcohol.

All our doughs contain a little alcohol.  It's only a small amount because there is not as much fermetation going on as in a high sugar solution like grape juice or wort (unfermented beer).  The small amount of alcohol is evaporated very early in the baking phase.

So here's to yeast in all it's wonderful diversity!  Cheers!

To answer your question, you would probably end up with a bread that had a complex flavor.  Depending on the temperature you brew - I mean proof your dough, the flavour can be good or bad.  I'd be curious to try it.

I work at a winery and have used wine yeast to make bread before.  The bread turned out fine no problems at all.  I didn't notice any differences either.

It turned out great.  It has a subtle estery/fruity flavor but it's not at all unpleasant.  I also bought a packet of Coopers ale yeast.  I'll try that next. 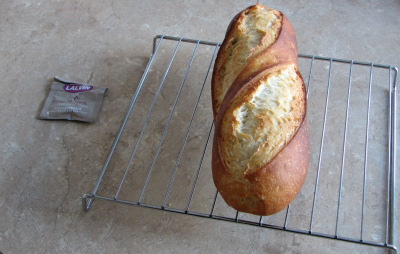 This packet of wine yeast cost me a dollar. 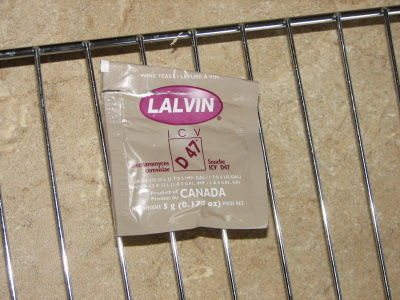 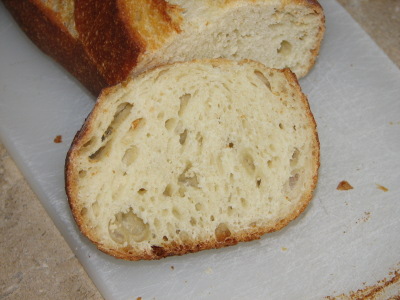 Ah, you're such a pioneer!  Should one drink red or white with the bread?  :-)

I made delicious Bread with Wine Yeast:

It does have a fruity sweet taste. The only drawback is that the consistencty was a little less than Breads that I have made with Bread Yeast.  There was a big crack near the top.  It did rise normally.

That said, I would think that experimenting with wine or beer yeasts would be a lot of fun and you may see differences in how quickly the dough rises during a ferment, and some possibly different flavor profiles.  As far as I know, there is no such thing as a bad flavor profile resulting from yeast, so I'd say ...go for it!