For over a year my go-to bread has been TX Farmer’s SD Sandwich. They are baked in a large USA Pullman pan. By complete accident I recently stumbled onto something that others may be interested in.

Enough dough to bake 2 large pullmans was mixed. Decided not to weigh the dough when getting ready to shape so it was eyed balled during division. Both breads were mixed, shaped, panned and baked identically at the same time in the oven. Once the covers were removed (immediately after baking), they both had completely filled the pans and looked promising. BUT, once removed from the pans one loaf came out nice, but the other loaf shrunk terribly. After weighing both loaves the shrunken loaf weighed 784g and the nice loaf weighed 903g.

I conclude that the shrunken loaf did not have enough dough to maintain the crumb structure after the bread cooled. BTW - both loaves were 50% home milled whole wheat. 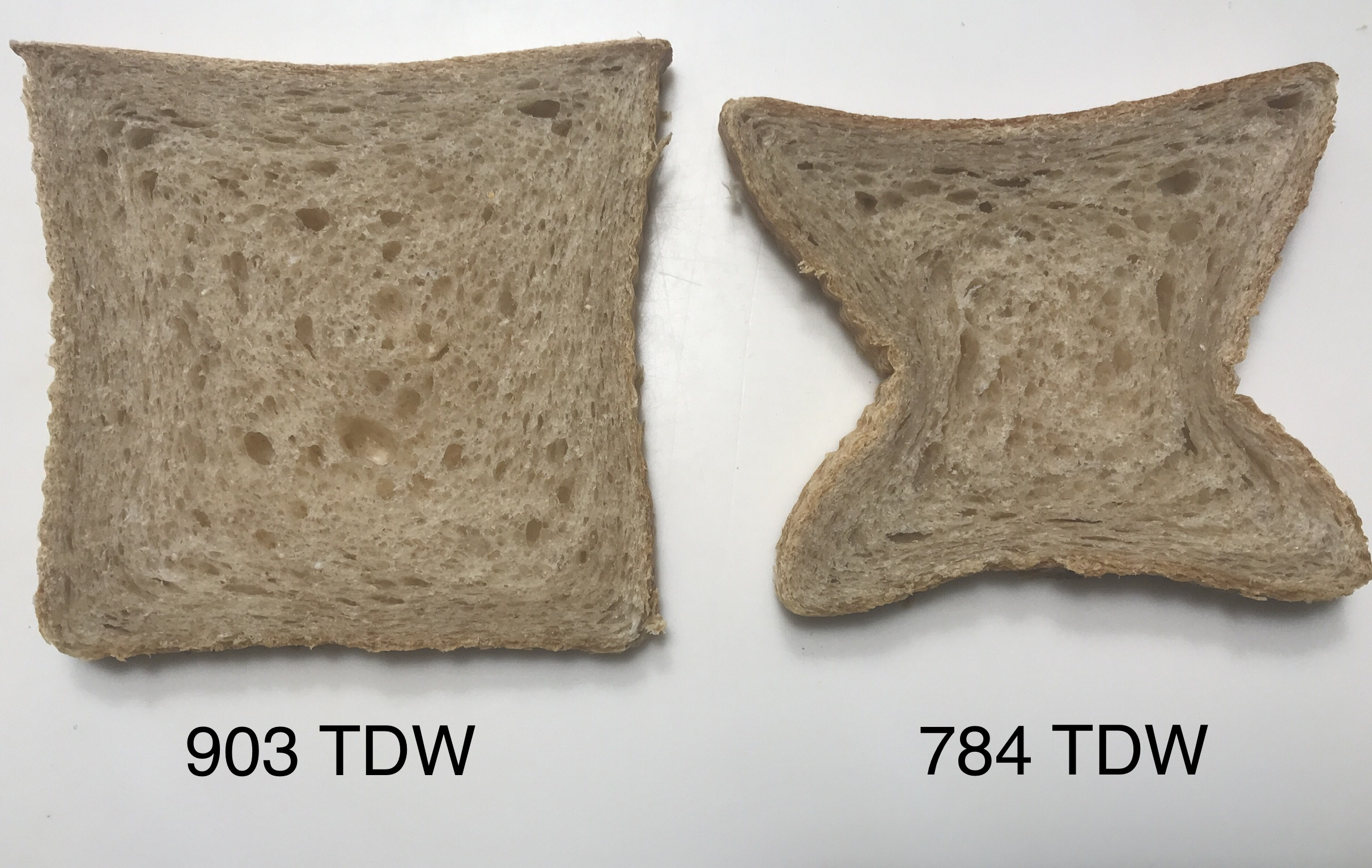 I’ve seen that happen as well but unrelated to weight.  However, they weren’t baked with the lid of the pullman, instead they were tall loaves.  I’ve taken to popping the loaves out of the pan at the end of the bake and placing them back into the oven directly on the rack for another 5 mins to dry the side crust, this has prevented the side collapsing in on me.

Hobart n50 used vs new global sp5
How to convert a yeast recipe to a Poolish ?
borodinsky first try - in zojirushi
Franconia Crusty Boule
Forgot my yeast - now what
END_OF_DOCUMENT_TOKEN_TO_BE_REPLACED