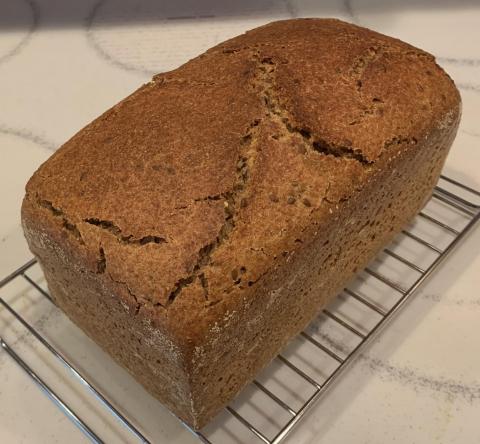 Have been trying a few recipes and techniques of other TFL'ers in my last couple bakes, and this weekend I tried trailrunner's holy trinity of equal parts honey, EVOO, and yogurt in place of some of the water.  I chose to try it on one of the whole grain recipes I've been wanting to bake again:  60 rye:40 spelt with toasted pumpkin seeds and flaxseed.

The recipe is well outlined there, so I won't repeat it here.  There were a few changes though...

- For Levain #1, I replaced the RYW with bottled water and 30g of 100% hydration whole rye starter.
- For the Final Dough, I reduced the water by 60g and added in 20g each of honey, extra virgin olive oil, and plain greek yogurt
- Fermentation on both levains was done at 76 deg F instead of 82 deg F.

This bread turned out really nice.  Different than the original recipe but very good!  The most notable changes...
- it lost the chocolate over tones, but instead has a more earthy (almost spicy) rye flavor
- the crumb is most definitely more tender...  almost on the verge of being crumbly. (I might have over baked it)
- of the four times I've baked it, this is the first time the crust formed the large natural cracks, which I think gives it a little visual character (I'm curious what may have caused this and hoping some of the experienced rye bakers can shed some light.)

Definitely a keeper.  Thanks for the suggestion Caroline! 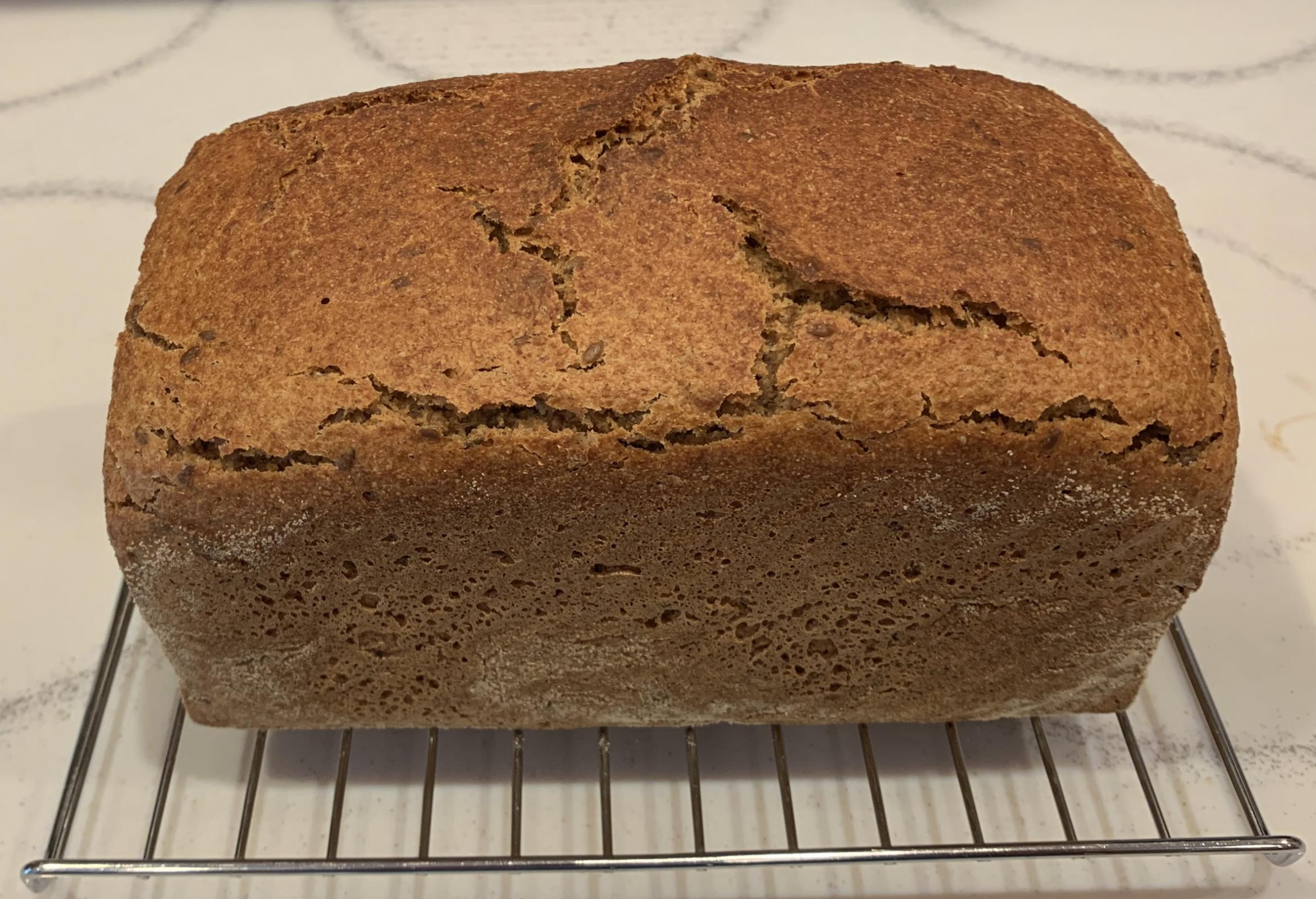 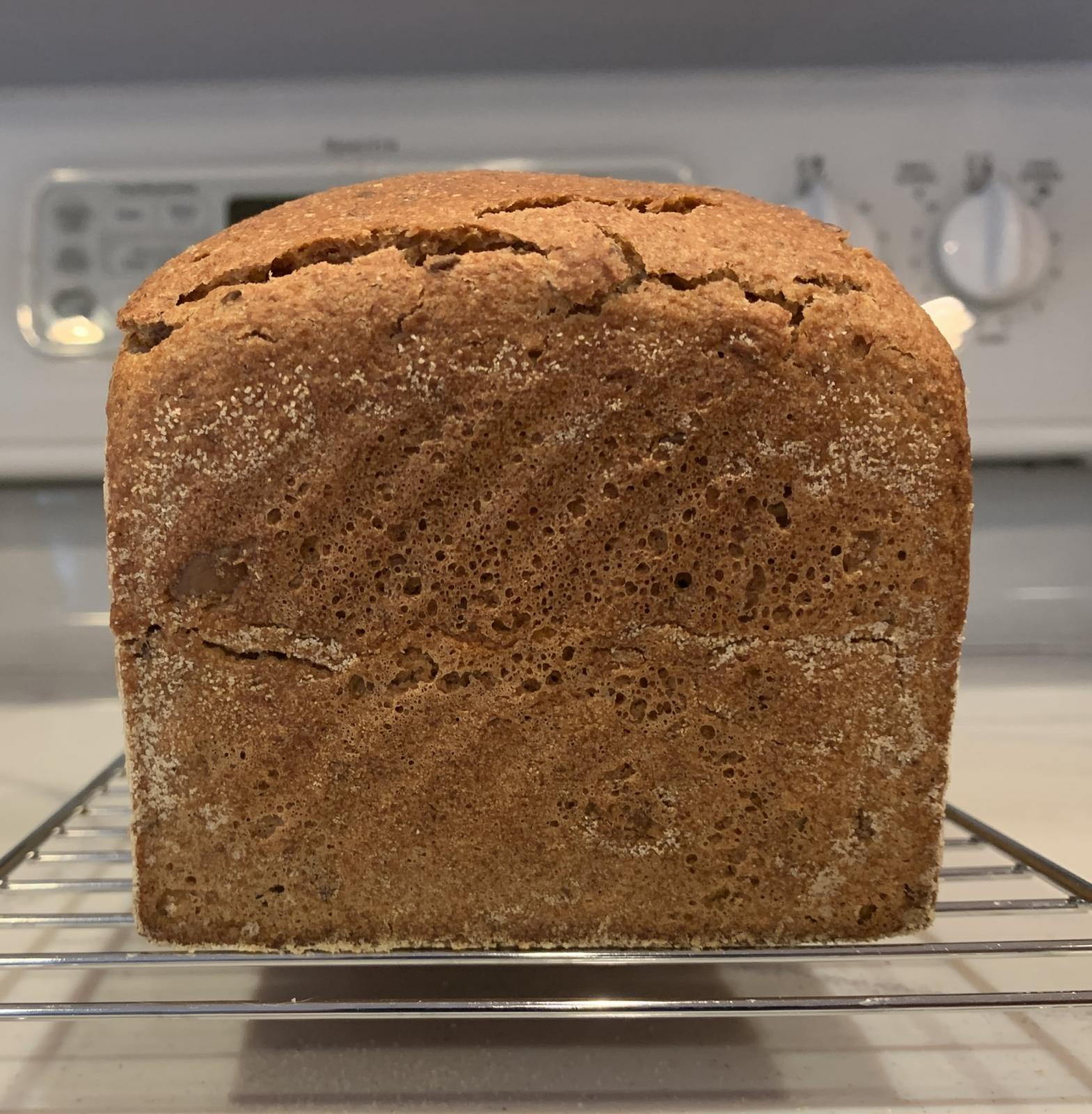 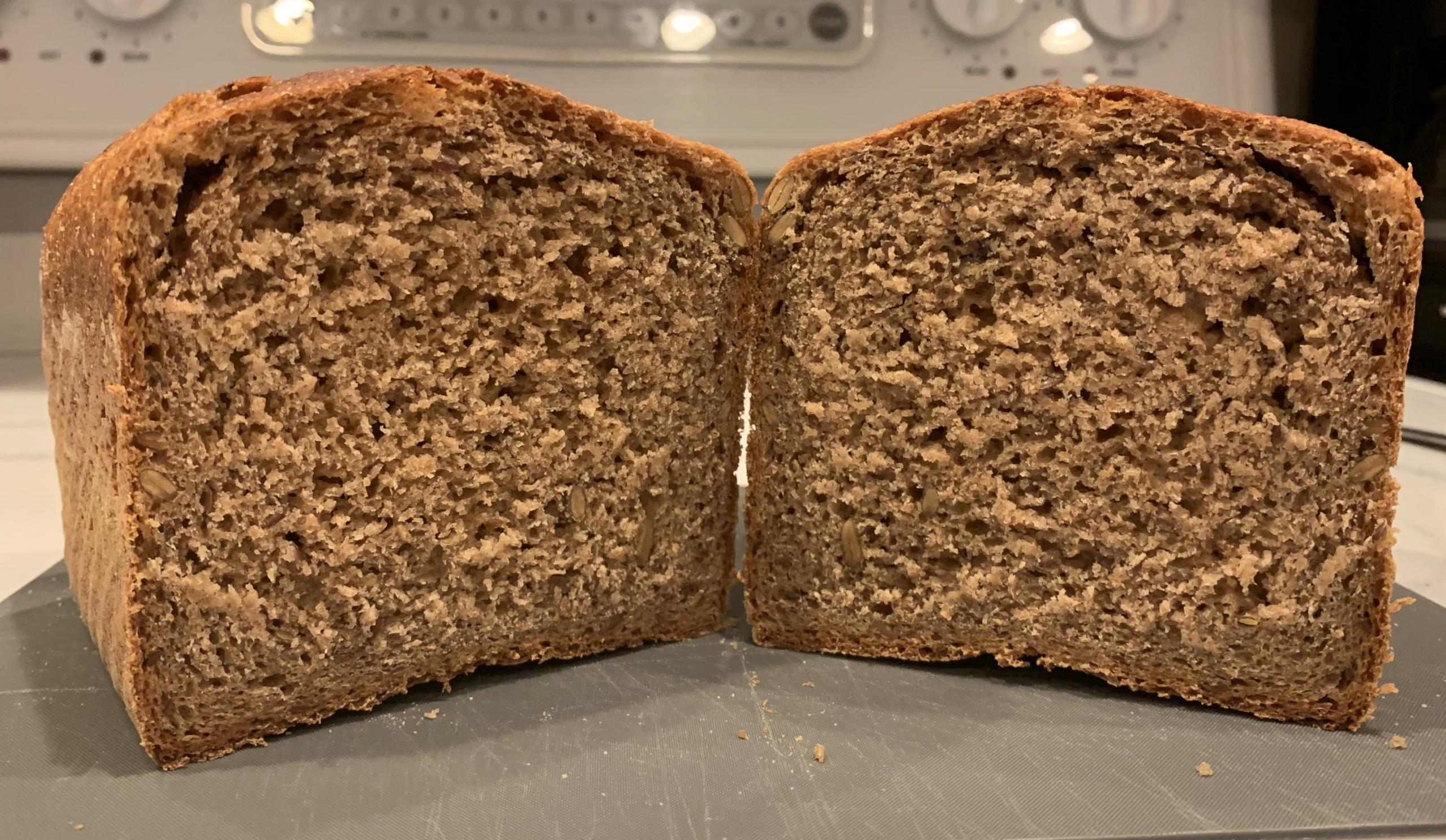 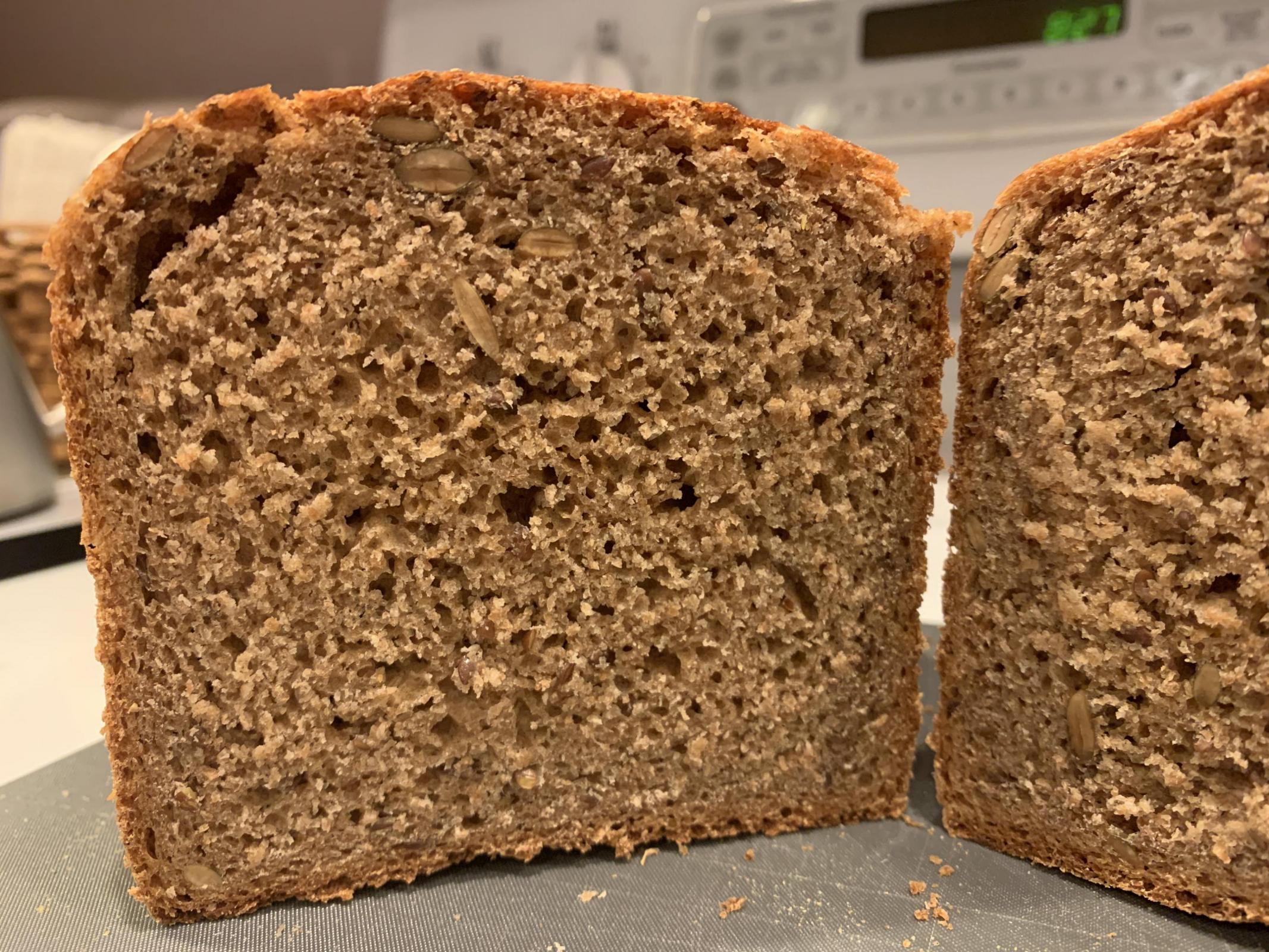 Your bread looks and sounds delicious! Strawberry jam on that would be perfection 😊 We are in a hotel in Asheville NC on our way to GA to see grands and daughter and son- in- law. I sure wish we had that loaf for breakfast! So happy the bake was a success. I don’t know the answers to the cracks but I love them! I think they just represent the release of steam but I will defer to those who know. Congratulations. c

Thank you Caroline!  I haven’t tried that yet, but a strawberry or raspberry jam would go great with this bread!  It’s almost lunchtime and that might be dessert! 😁

Enjoy your time with the family and travel safe!

I’m far from an very experienced rye baker, but I associate cracks in rye bread most often due to slight under fermentation.  On the other hand, many all rye breads will crack as they oven spring and that is a feature and not a fault.  This bread looks and sounds delicious Troy.

Thanks Benny!  Appreciate the kind words.  The dome of the loaf had risen to within an inch of the lip of the Pullman and there were 2 or 3 pinholes.  I’m leaning towards that characteristic rye look.  Just odd that it happened this time but not with the others.

Underfermentation is likely the cause of the cracking. If you proof under controlled conditions, you can add another 10 minutes and see how it turns out. You might want to try replacing all the water with Whey and add a tablespoon or so of non-diastatic malt. That might help with the crumb.