Ghosts of Altamura - revisiting the past.

Ghosts of Altamura - revisiting the past. 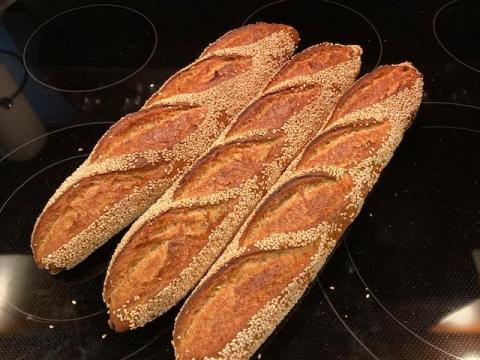 My past.  I did post this before, way back in 2016, in the wake of all the chatter on TFL about pane di Altamura.  And just in the past few days Benny and Caroline have been posting semolinas, just about my favorite subject when it comes to bread.  Benny's was his take on the Altamura bread, which, although the original Altamura bread has an odd beauty all of its own, on its best days looks like something Victor Frankenstein might have left aside in a large glass jar.

So my psyche was psyched and I felt somewhat compelled to revisit my corrupted take of David Snyder's take.  Hence the pane di Alfansomura is making a return appearance.  As I now use the Canadian Atta version of semola rimacinata, which does contain some small amount of bran, it isn't as pure as the real thing, but bakes up lovely just the same. 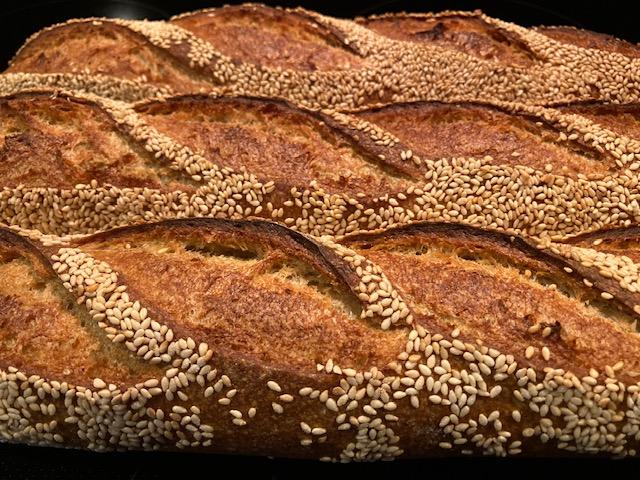 I was a tad disappointed that the crumb wasn't a little more open, which makes for a chewier bite, but tasty just the same and otherwise makes for a contented bake. 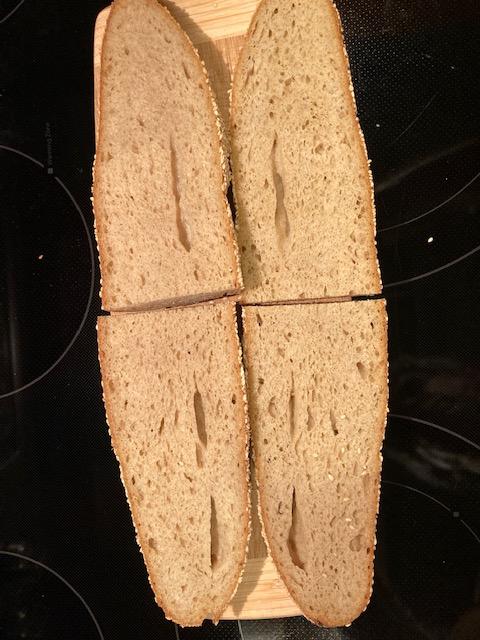 I think I'll be making them again before the month is out.

I always say that semolina is so challenging to get to open up.  You really have to push fermentation far to get anything remotely open.  Fortunately a more closed crumb tastes as good as an open crumb.  These baguettes are beautiful and classy.  Gorgeous seeded crust and perfect grigne, well done Alan, up to your usual high standards.

Wow… just a gorgeous crust and your scores are so perfect. If you don’t mind  I will give these a whirl with my super active YW and see what the crumb does. I seriously doubt mine will have such beautiful profiles as yours! c

dough to work with.  But if you are thinking of making the jump from 20% to 90% durum for example, you might want to visit something in between - just for fun and education you see 🙄. Anyone whose been around long enough and payed attention to my earliest baguette bakes here knows that my personal Rome wasn't built in a day, but in a number of months  of a lot of goofy-shaped batons with sub-par scoring before it came together for me.  You'll get there.

pretty easy although the seam had to be pinched shut instead simply adhering to itself.  I wonder if that's why it has that long thin gap in several places.  With a lesser percentage of durum an open crumb is achievable, even at 60% durum.  These saw a mere 80 minutes of BF with the active liquid rye levain, and with what I believe are too many folds - every 20 minutes, as my formula from way back says, are too many, so I'll cut back next time.  They had a long retard so the dough didn't get cheated in a long colder fermentation.

My preference is to use toasted sesame seeds, but my bulk supplier is only carrying raw seeds lately, so I may try the delicate task of toasting them myself.

A fun bake and looking forward to this morning's toast.

I was guessing at numbers for a formula. I looked back at David’s take on it. He has 500g Semola, 300g water, 10g salt and 100g levain. I reduced so I would get 728 final dough weight. If that looks wrong please let me know. Will probably mix it up later today. Woodworking is taking all my time. Refinishing an old heartpine table and bench that has been outside too long then I have a 250 sq ft front porch to seal and 134 ft of fence to stain! Yikes. Thanks for any advice as I travel the High Semola Road. c 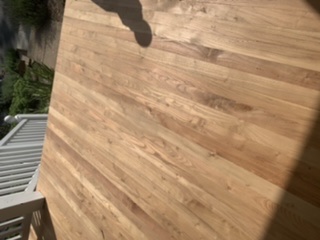 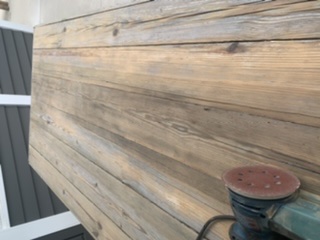 Hmm, it is only 85% durum, my stiff levain version is the 89%.  The amount of levain created is always enough to both feed the dough as well as be the starter for the next build of levain.  Just the way I do it.

If this doesn't do it, let me know which road I took in the wrong direction and try to modify.

Good for you to tackle the table, but your final sentence about the woodwork reminds me of why we sold our house and moved into a condo building in 2004. 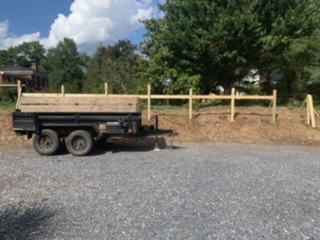 Looks great Al as always.  I’m surprised your crumb is not a bit more open but as you said it tastes great so that’s all that matters.  I was inspired to make another 100 % or pretty close durum bread again myself after a long absence.  I was very pleased with how it came out and will post it probably this weekend.  I did a 2 stage build with the levain and that really helped the overall fermentation of the dough and created a nice open fluffy crumb.

at the tight crumb, but...but nutin'!  Kinda like the Brooklyn Robbins (Dodgers) - "wait till next year".  Maybe I can point to a score that was too deep but not angled enough.  Who knows?  As Fernando Lamas would say "it is better to look good than to feel good".   And the bread does indeed "look marvelous darling" (just don't peek inside!).

Between your description and Benny's crumb, it may be time to get cracking again on this bread, although I wonder f the shape of the bread plays a role in the crumb - it shouldn't, as someone who knows what they're doing should be able to get it to open more.  And I've noted several small changes to make from this bake.

At this point it is all toast around here and toast doesn't seem to care too much for open or closed crumb!

Nice to see you posting again. A another fine example of the consistency and appearance of your style. I can’t figure out how come the crumb doesn’t match the crust. My guess is the pseudo rimcinata is not on par with the real thing. Maybe it’s the lighting but the color looks more like WW than the golden grain. I have seen a few stories about semolina being carried home from Italy to replicate this bread. Maybe there are just no substitutes for the real thing.  A lot of the folks posting here rave about the flavor of this flour but the few semolina loaves I have baked had a phantom taste to them. Without the sesame seeds there wasn’t much there. I tried adding some rimcinata to pizza dough but it didn’t do it for me. It could be the lack of Italian in my DNA, so at least I married well.
I Look forward to seeing what you bake next time.
Don

My 60/40 Durum/AP is dissimilar in both coloration and openness of the crumb.  Not just the bran bits, but I have the notion that the rye in the levain is affecting the look of the crumb.  As I last made this in my earlier days, all bets are off.  But I just modified the formula to switch to a 125% AP levain with a bump in the hydration and to cut down to half the stretch and folds.  And I toasted the raw sesame seeds myself (I'm so proud!) for the next bake.

I also do think that the rye is pulling flavor away from the durum, and masking some of the sweetness of the grain.  That should also be corrected on the next go-round.

All I can say is Wow!  You and Caroline are making me want to give baguettes a run.  These look delicious!

our Baguette Brigade membership.  The entry fee is negligible, the de-coder ring and toque are gratis (although shipping and sales tax may apply if shipped to Alaska, Hawaii or an APO) and there's aways room for a talented baker to assume a seat at our annual BagCon convention.

As mentioned above, I should be able to get a brighter flavor and more open crumb from several tweaks and a very liquid AP levain rather than the rye levain.

Thanks and give it a try, you never know what you can do until you give it a go.

Honored to be an Initiate into the club and I’ll give it a go!

Now I need to do some reading and re-watch the shaping videos.  I’ve made them once or twice but it was on a whim and without much planning.  Came out decent on the flavor but the crust was really tough.