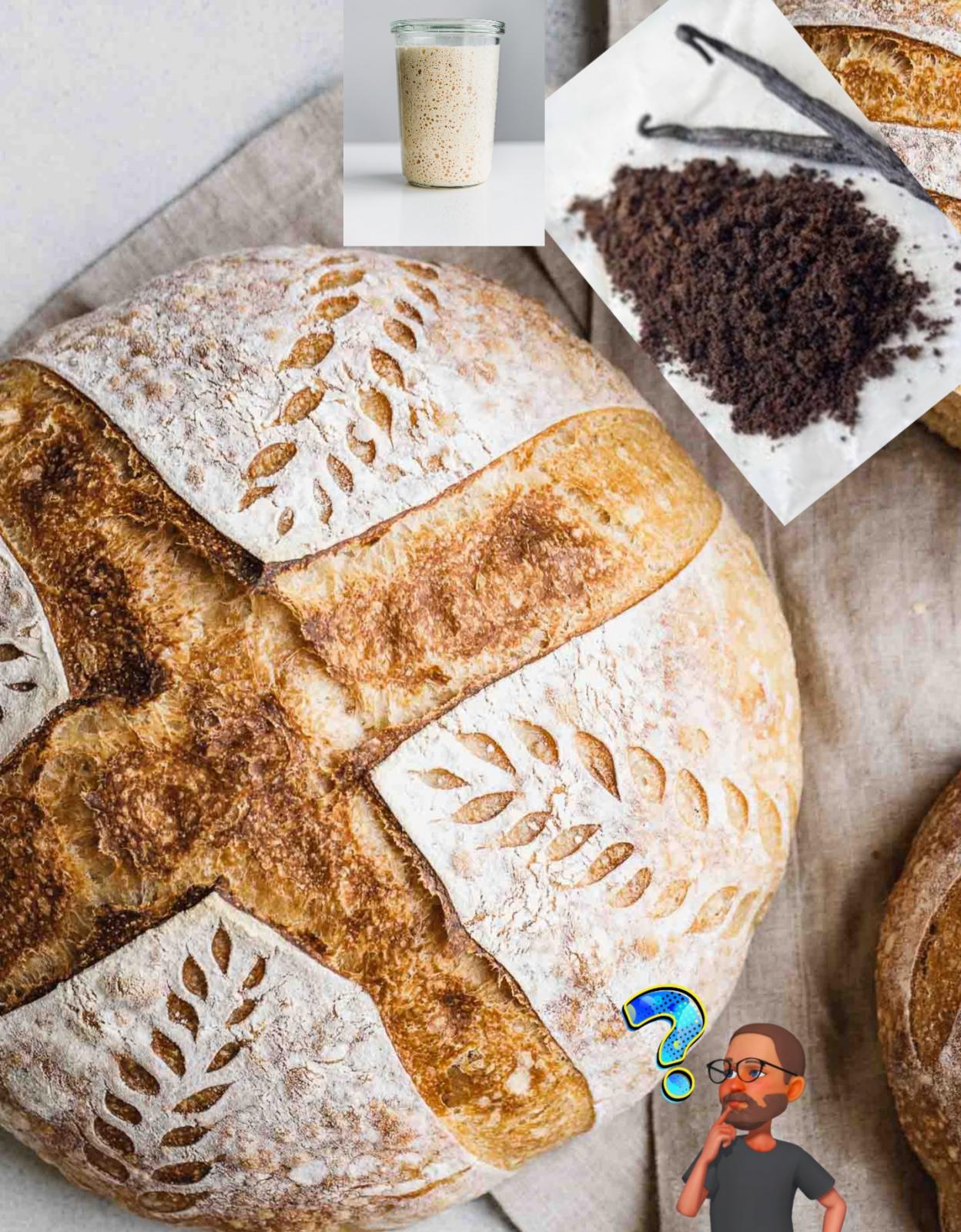 Has anyone tried this during the starting process of making a starter? Will it hurt, harm or cause a growth of mold if a flavoring mentioned above is used?

Any insight is greatly appreciated.

I think the root of the question is what will be different if you flavor the starter or the bread?

Disclaimer, I'm just a computer guy thinking while I type (instead of working on the programming problem that is currently frustrating me)

I know in my extract making the longer vanilla sits the more rich the flavor gets. So I'm wondering if it sets in a new starter if it'll increase and get richer as well.

I bookmarked this lovely rye bread I want to make and I just noticed uses apples in the starter https://www.thefreshloaf.com/node/70504/rye-and-whole-wheat-apples

Cinnamon definitely inhibits yeast, so it will inhibit mold as well. I do not think vanilla does anything useful or harmful and turmeric has to be tested to know for sure.

About starting a starter from scratch using spices... Well, I know one recipe that starts with cumin powder. Joe Ortiz says it's an old recipe. He shows it here, starting at 1:45m

Some bakers use spices in their existing starters, already established mature starters. They do not just feed them flour and water to refresh their starters but add honey, cloves, etc. This gives their sourdough loaves and baguettes unique fragrance later on.

Dominique Saibron, recognised as the best French baker (2011), adds honey, cloves, anis,  liquorice and cinnamon to his sd starter as he prepares it for baking. His sd baguettes were recognised as the best in Paris in 2010 and they have a very unusual aroma, not just nutty, wheaty, but with raisin-cherry and apricot notes and flowery aftertaste. I can't locate the article about it now, but there was a photo of it. Due to the amount of spices he uses his white sd starter looks "dirty", very unusual. Ah, this one!

And, of course, sourdough levains and sd bread dough are traditionally flavored with spices, but that is normal. The starter itself is plain, unflavored, though.