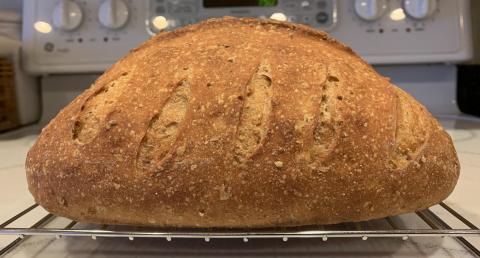 Levain was made with bread flour at 125% hydration (all FLAS).  Levain was sized to have 20% PFF.  The levain was fermented at 72 deg for 12.5 hours.  It was roughly doubled and starting to fall in a few spots.  It looked like it was getting mature, but it was "tight".

In the Final Mix, additional FLAS was used to make it half of the hydration (34% FLAS and 34% water).  I also added 0.25% ADY (1g) because I wasn't sure the levain had enough strength to leaven the dough.

Bulk ferment for just over 4 hours and final proof for another 2.5 hours.  All at 76 deg F.  I think it could have gone a little longer, but the dough was quite jiggly and I was worried about it getting too acidic.

Very happy with the loaf profile and the crumb.  However, very little (almost non existent) sour aroma.  The FLAS at 20% PFF did not contribute much sourness.  Maybe the levain wasn't mature enough.  Might not have gone long enough in the FLAS preparation.  Need to do a little more digging before trying it again.  Would be really happy with the method if I can get the same loaf characteristics with more tang. 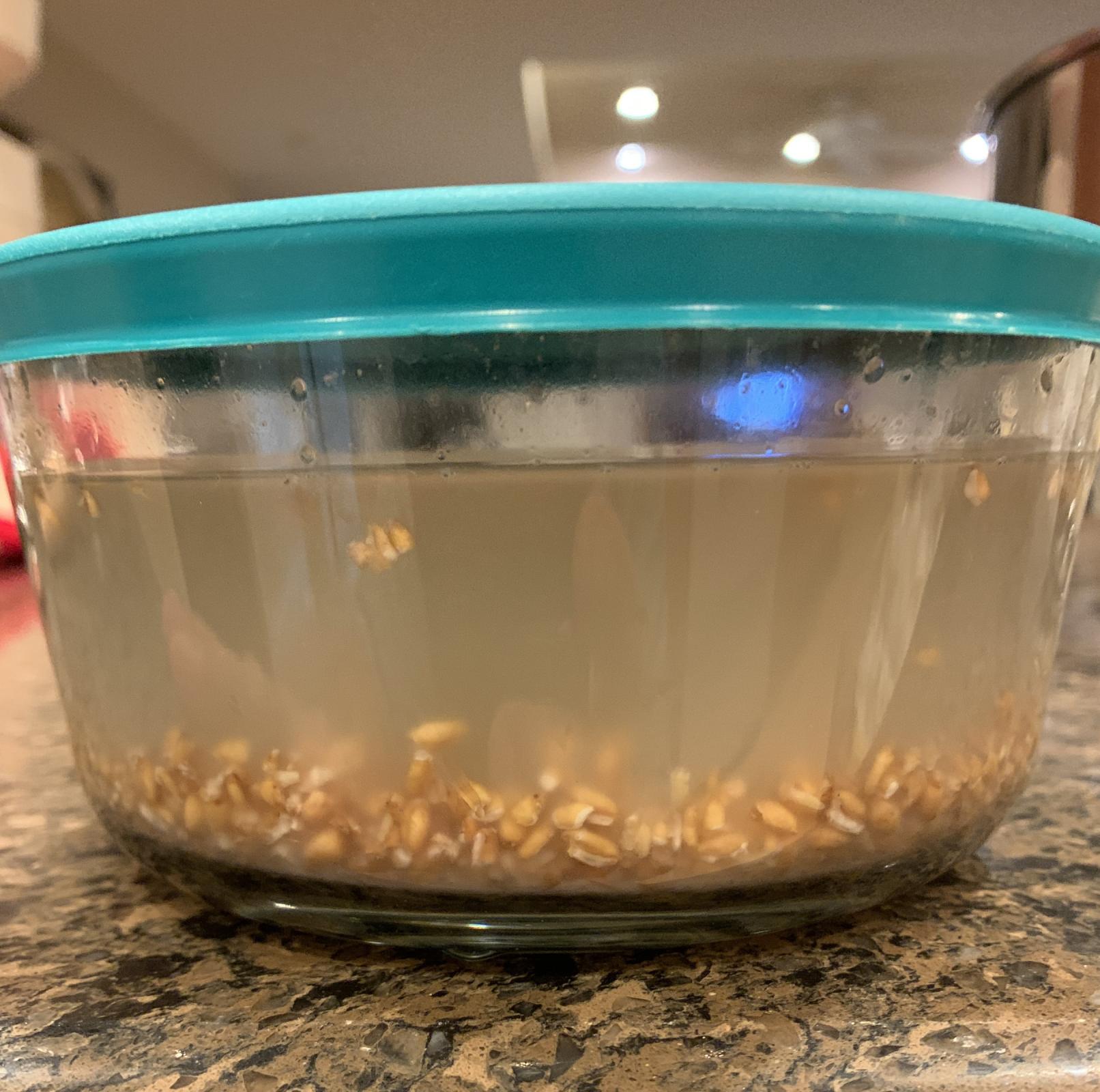 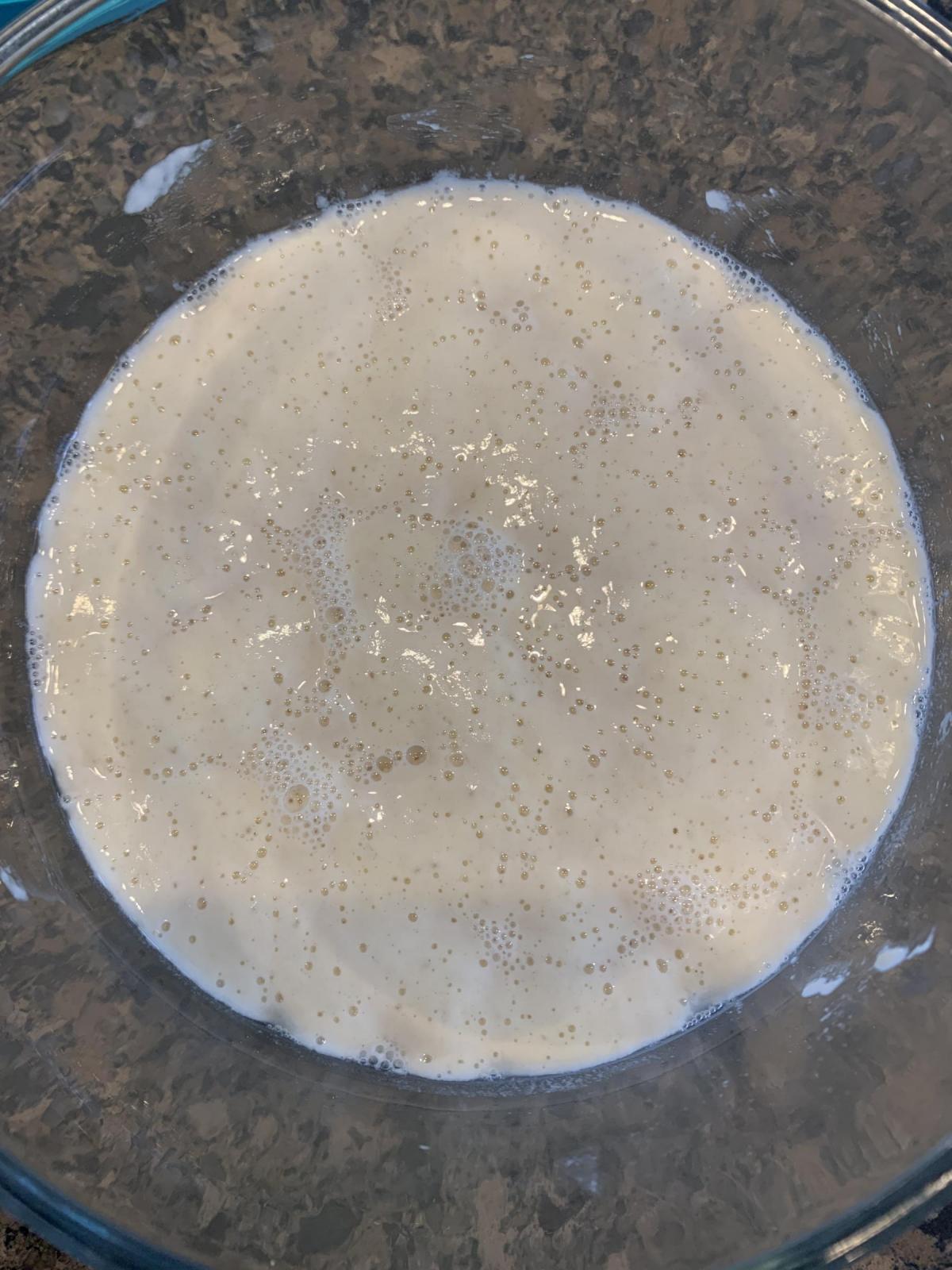 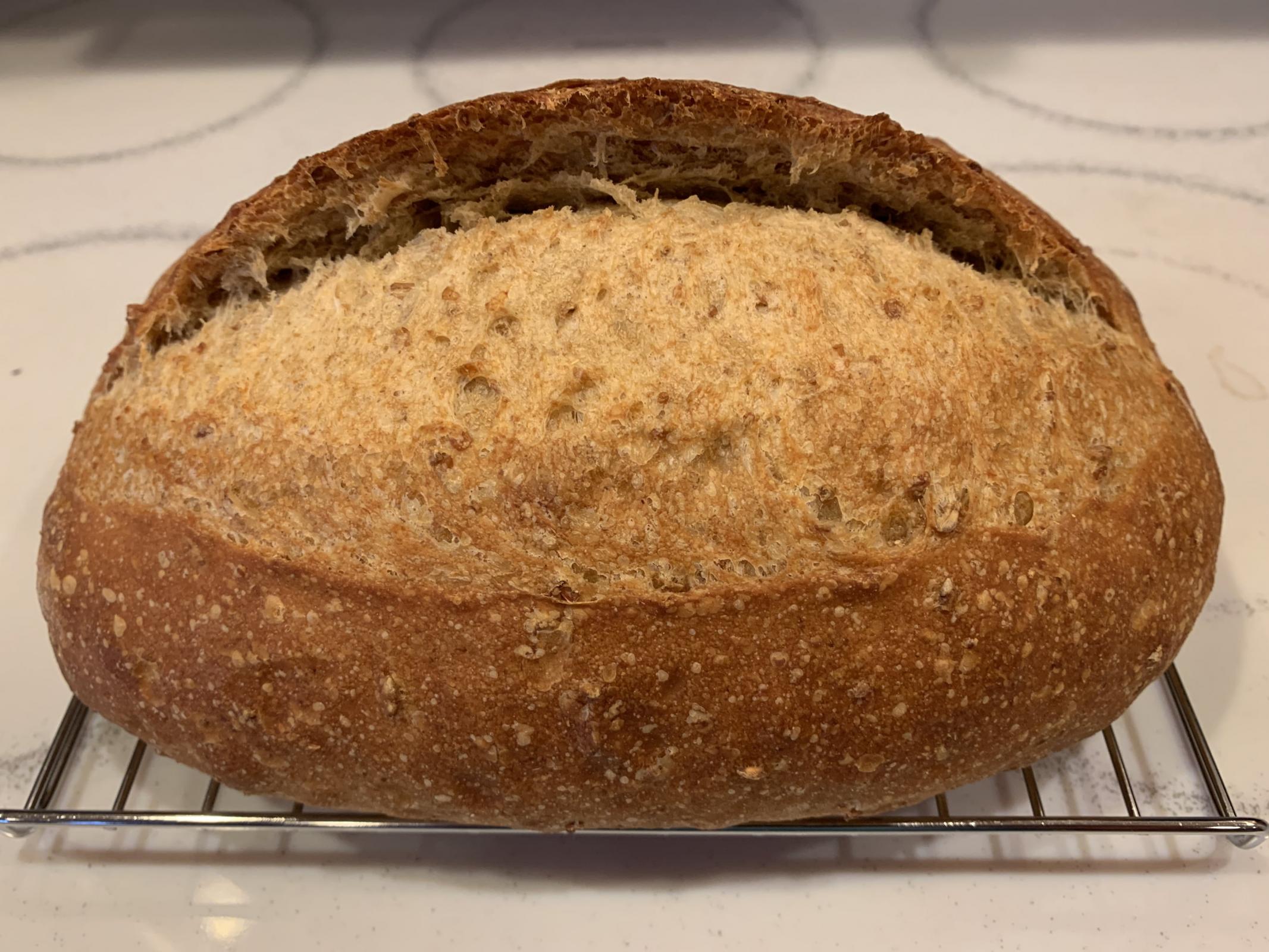 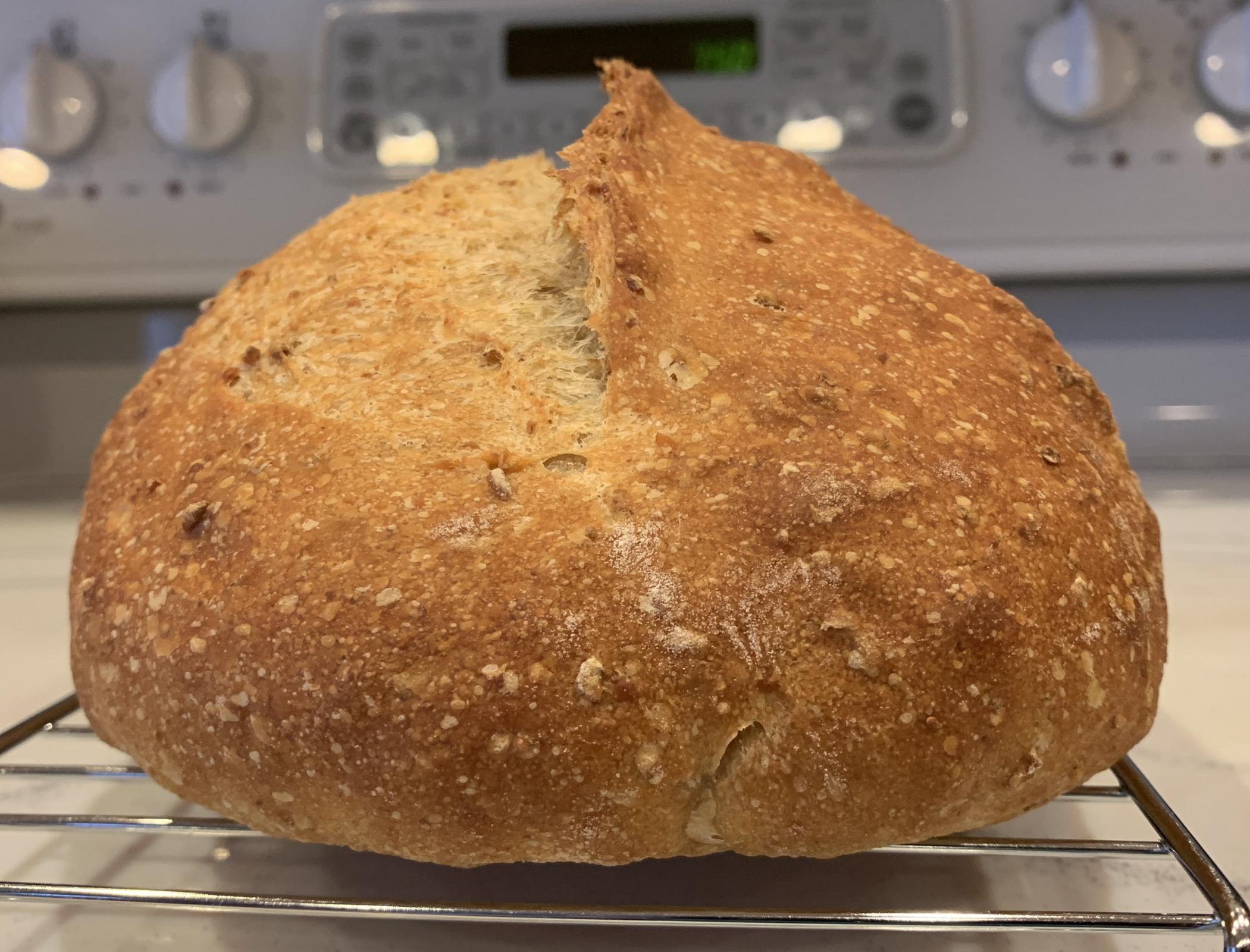 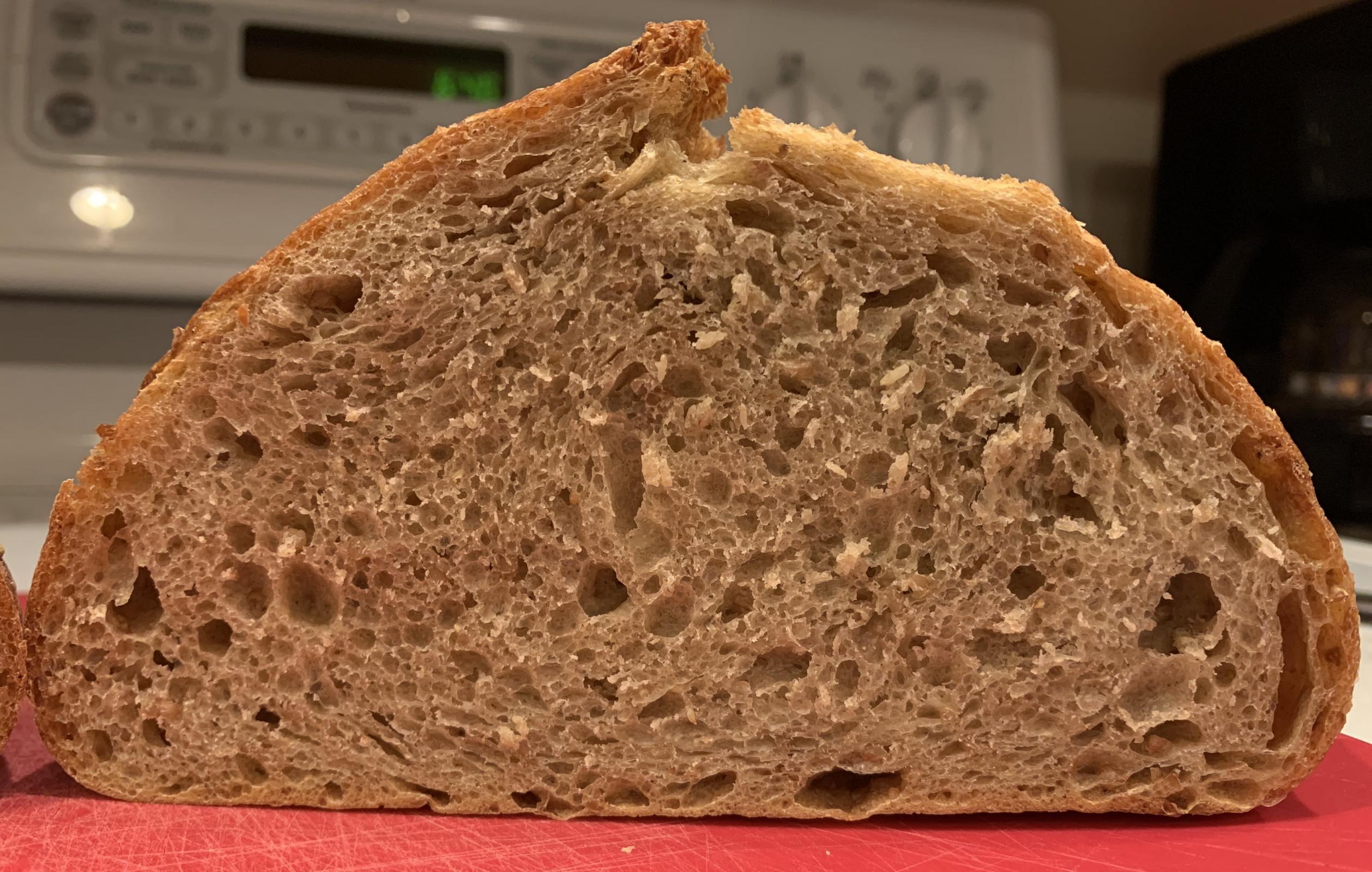 This looks like a very successful experiment...love the crumb, ear and scoring details.  Seems like there is a lot of recent interest in flourless sourdough starters on this site!  I also dove in last weekend and have a RYW jar percolating on the counter (well, raisins, dates and apricots)--hope to use it this weekend for an inaugural bake.  So far, the maintenance has been pretty easy as far as getting this going (as compared to a flour-based started) and I noticed small bubbles and fizz as early as 24 hours after starting.  I'm hoping for some improvement in crumb and crust density (at least, that's what I've read are some of the pluses).

I'm curious if you have a comparable bake you've done with 'standard' sourdough, as far as drawing any conclusions about the impact of the flourless starter on crumb and crust?

You indicated the sour factor was lacking in this bake.  I suppose the addition of the ADY could have impacted that somewhat...?  Looking forward to your next post/experiment ;-)

Thank you!  I would say the crumb is less chewy than my typical sourdough, but I wouldn’t bank on that being the norm just yet.  Looking back on some of the posts and recent discussion, I think this is more like a YW than a SD starter, especially since I used a little YW to initially suppress the pH.

As far as crust…. I don’t have an opinion on that.  I started using a baking steel 5-6 months ago and have struggled with tough leathery bottom crusts ever since.  So, I’m changing my bake temps, times, steams, etc. in an effort to reduce that effect.  So, I don’t have a good “standard”. 🤣

My downfall (and maybe a strength) in my baking is I love to experiment.  😉

Troy that is a lovely loaf of bread even if it didn't quite have the tang you desired.  I'm sure you'll do this again and achieve the sour tang next time.  In the meantime enjoy that bread.

Thank you Benny.  It’s a work in progress and I’ll definitely try it again.  Can’t really draw any conclusions just yet.

I picked up a loaf of La Brea sourdough at a local store and really liked the tang to that loaf.  Made me realize how weak my own starter is on the acetic side of the equation.  I know I won’t be able to reproduce that flavor exactly, but curious if this will get me more of that profile.