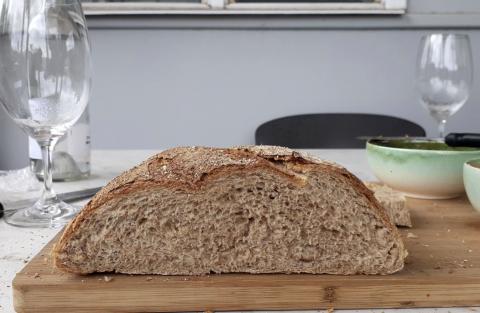 More baking with the red wheat this time i milled the wheat with my kenwood and the intention was to make it 50% with millers single origin white flour which is rated at 12% protein. i had already soaked and sprouted some of the red wheat a couple of days earlier to the Chit stage and it was my intention to add this to the mix too that was a 20% addition. i put the sprouts through the liquidiser, i did need to add a bit of water to ensure the sprouts kept falling to the blades as initially they were getting hung up on the sides of the container. i mixed the dough in the noodle mixer for 15 minutes and a nice moist dough was attained i proofed it in my usual tupperware container. Well this dough kicked like a mule it raced through its bulk fermentation in an hour flat, definately reduce the yeast next time. i do believe though that the live grain mash contributes to the accelerated fermentation. the dough was meant to be 750 g but with the extra water that was required for the liquidising and a little extra flour i ended up with 800g. No matter The dough felt great and after handing up was allowed 15 minutes bench rest, i then shaped the dough to go into a Banneton that i floured with some of the bran that i sieved off of the milled red wheat. the dough was placed into a plastic bag and deposited into the fridge to slow it down a bit and to firm it up a little more . The dough was ready after an hour and was tipped out into a casserole pan that i had as it was bigger than my clay baker. it was scored and into a very hot oven with the cover on for the first 15 minutes and then the cover removed. the loaf was baked for 45 minutes. i was again pleased with the performance of the flours and the resulting loaf. freshly milled red winter wheat (ACCROC) 195g 50% ; Millers single origin white flour 195g 50% ; salt 8g 2%; malt extract 8g 2%; butter 8g 2% ; dried yeast 8g 2% ; sprouted red wheat liquidised 78g 20%; water 253g 65% ; dough weight should have been 753g but was actually 800 with the samll addition of water and subsequent flour. The loaf was very aromatic the crumb was excellent and nice and soft and the crust was chrisp and enhanced with the rolling in the red wheat bran and flour. i shall do another bake using only the red milled wheat flour, but my grinder is much coarser than Lachies so it should be interesting. I still have enough sprouts in the fridge to incorporate 20% again. yeast will be halved or even quartered i think 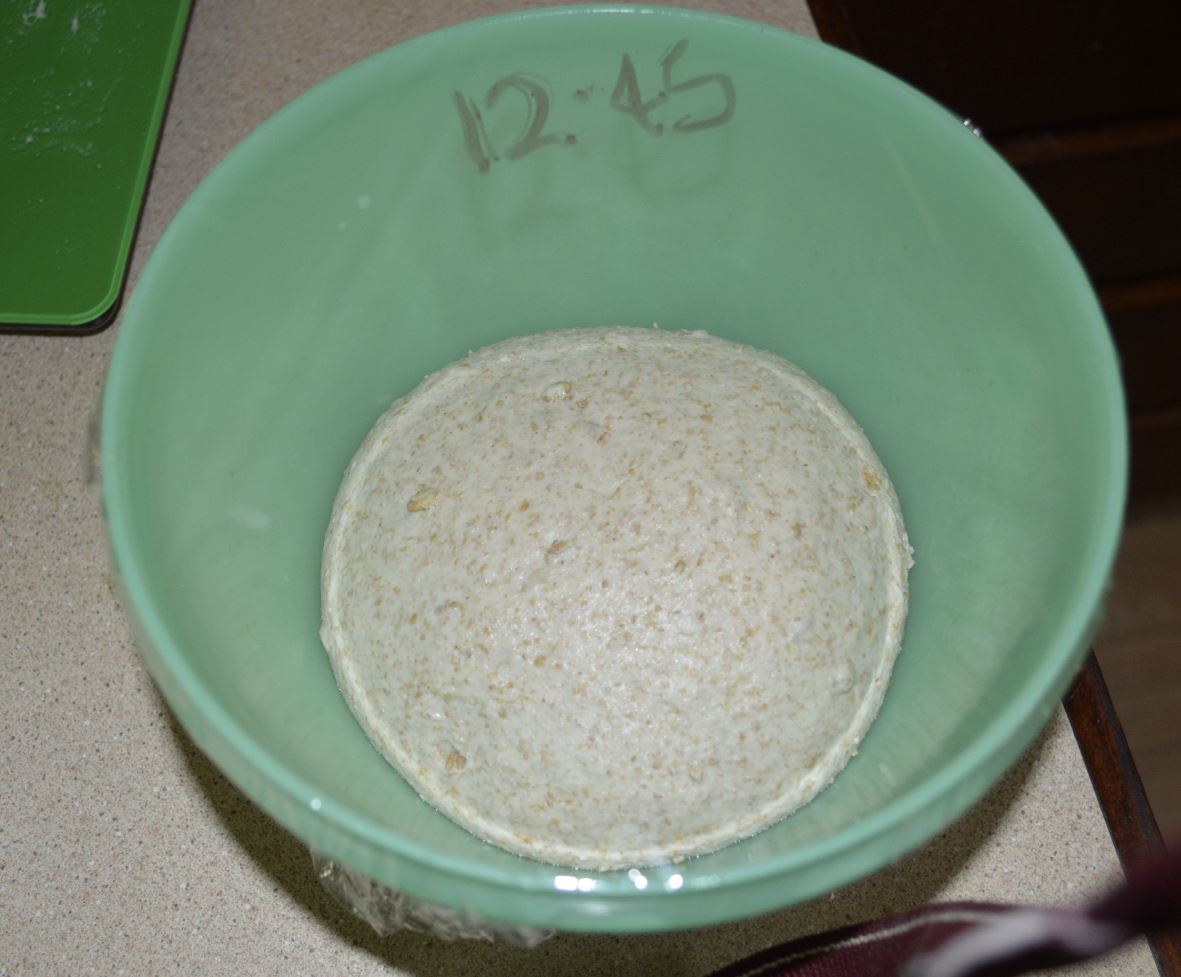 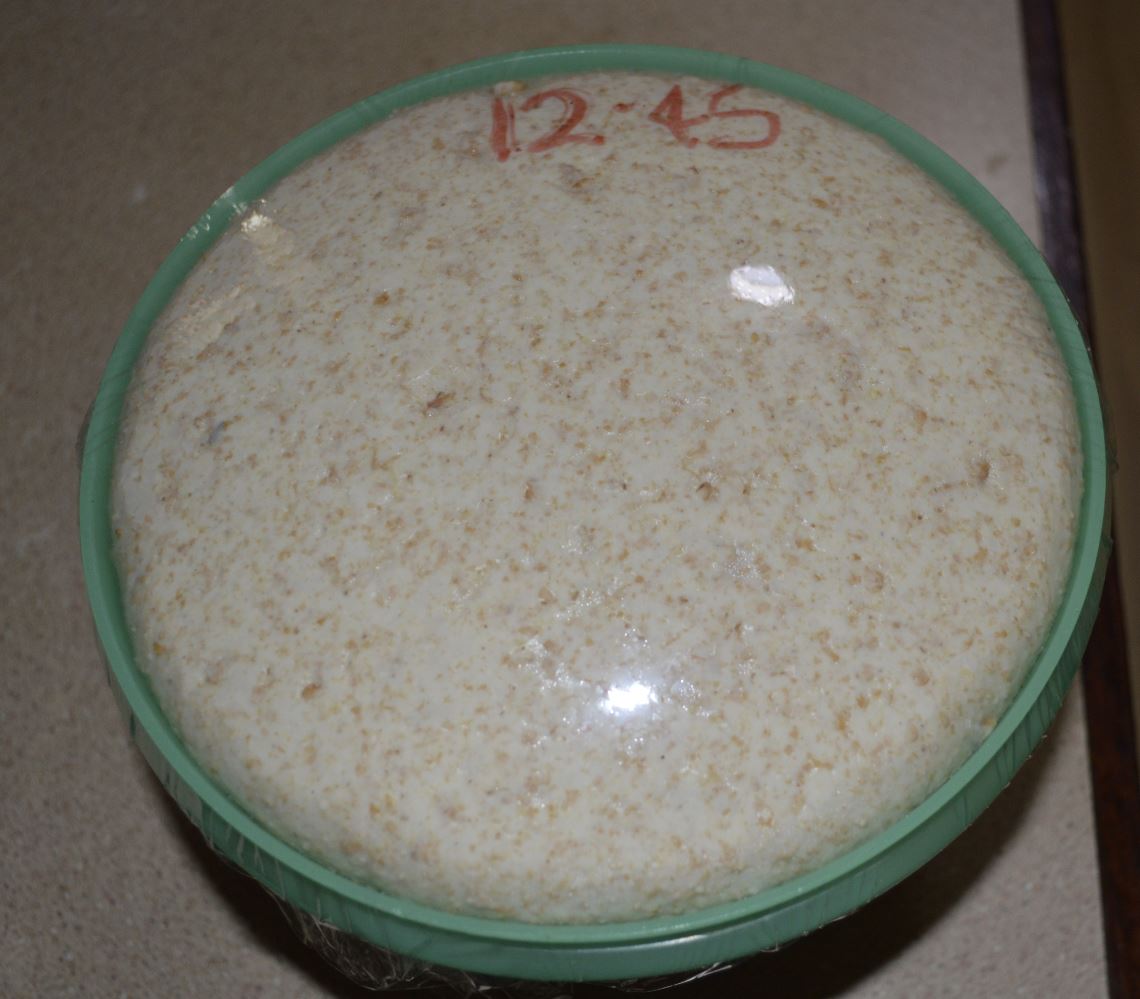 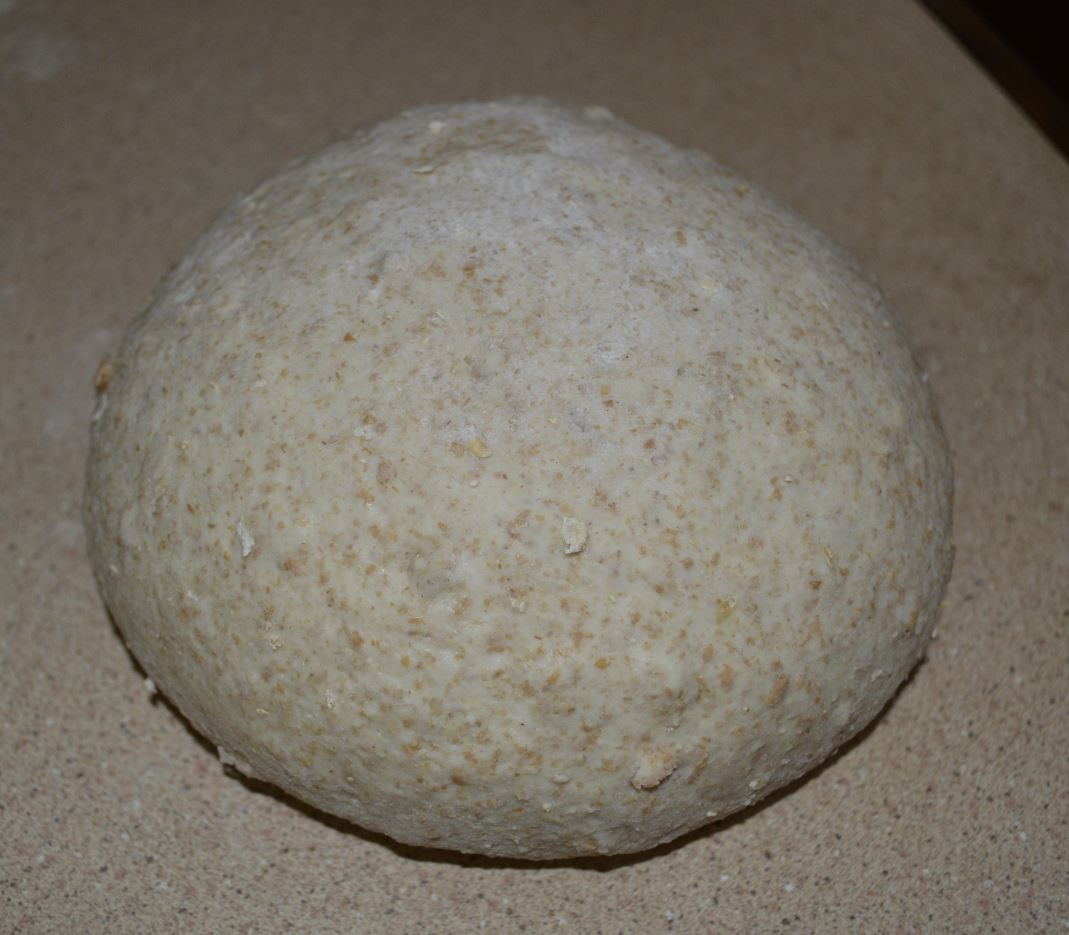 out on the bench resting 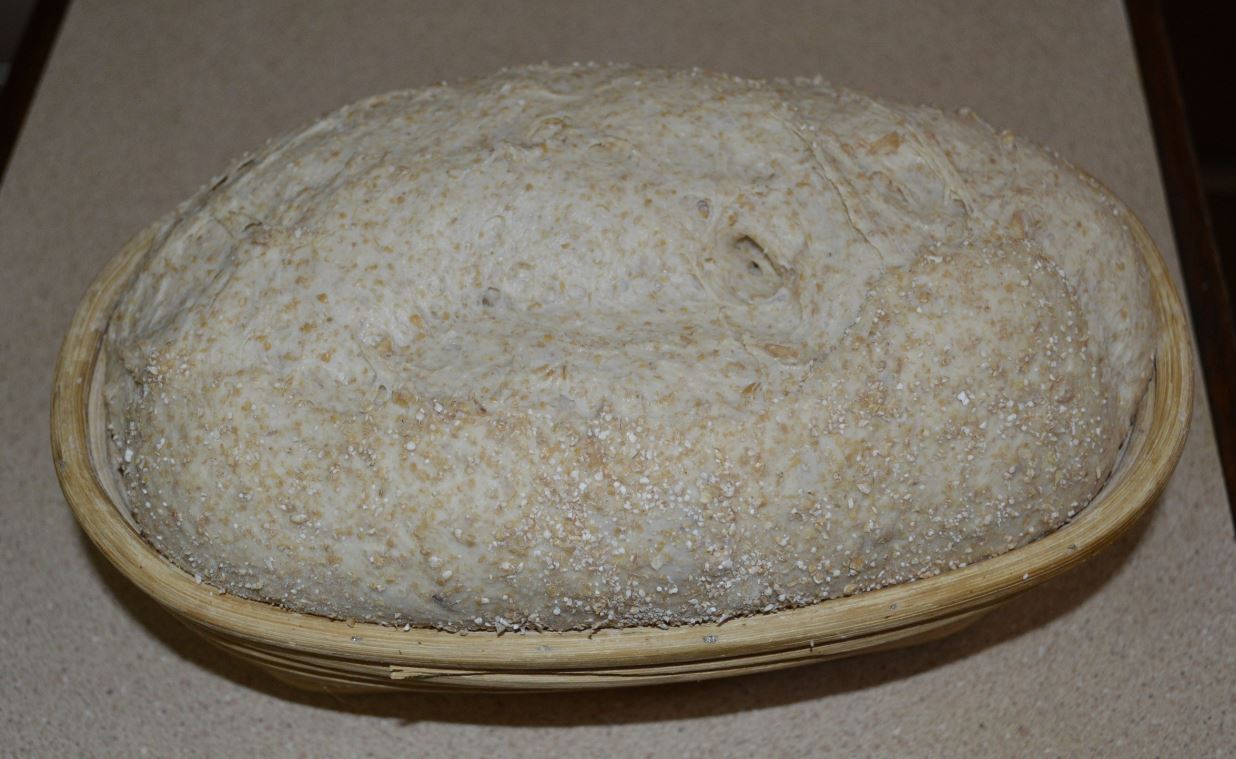 slightly to much dough (50g) for Bannetton but good rise 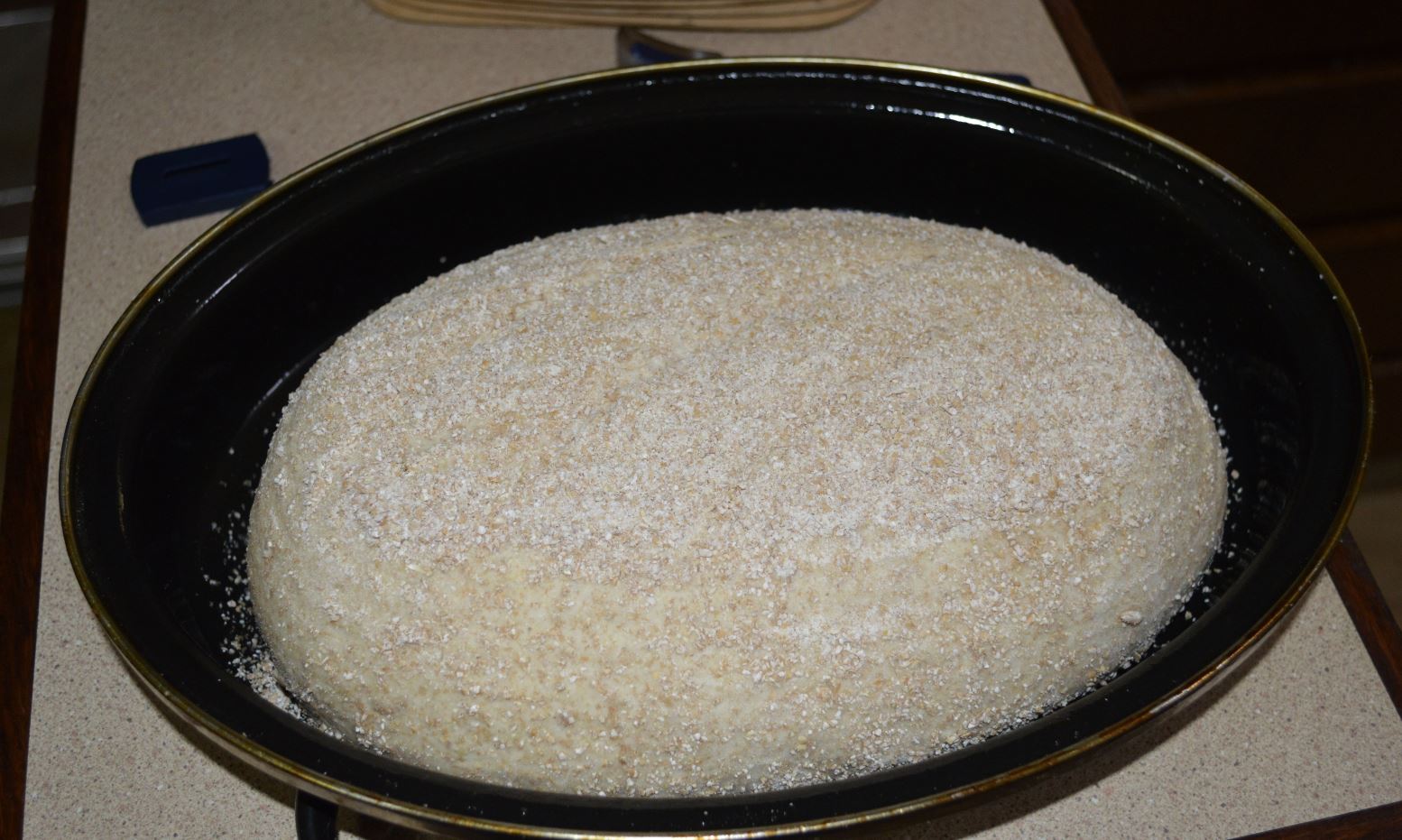 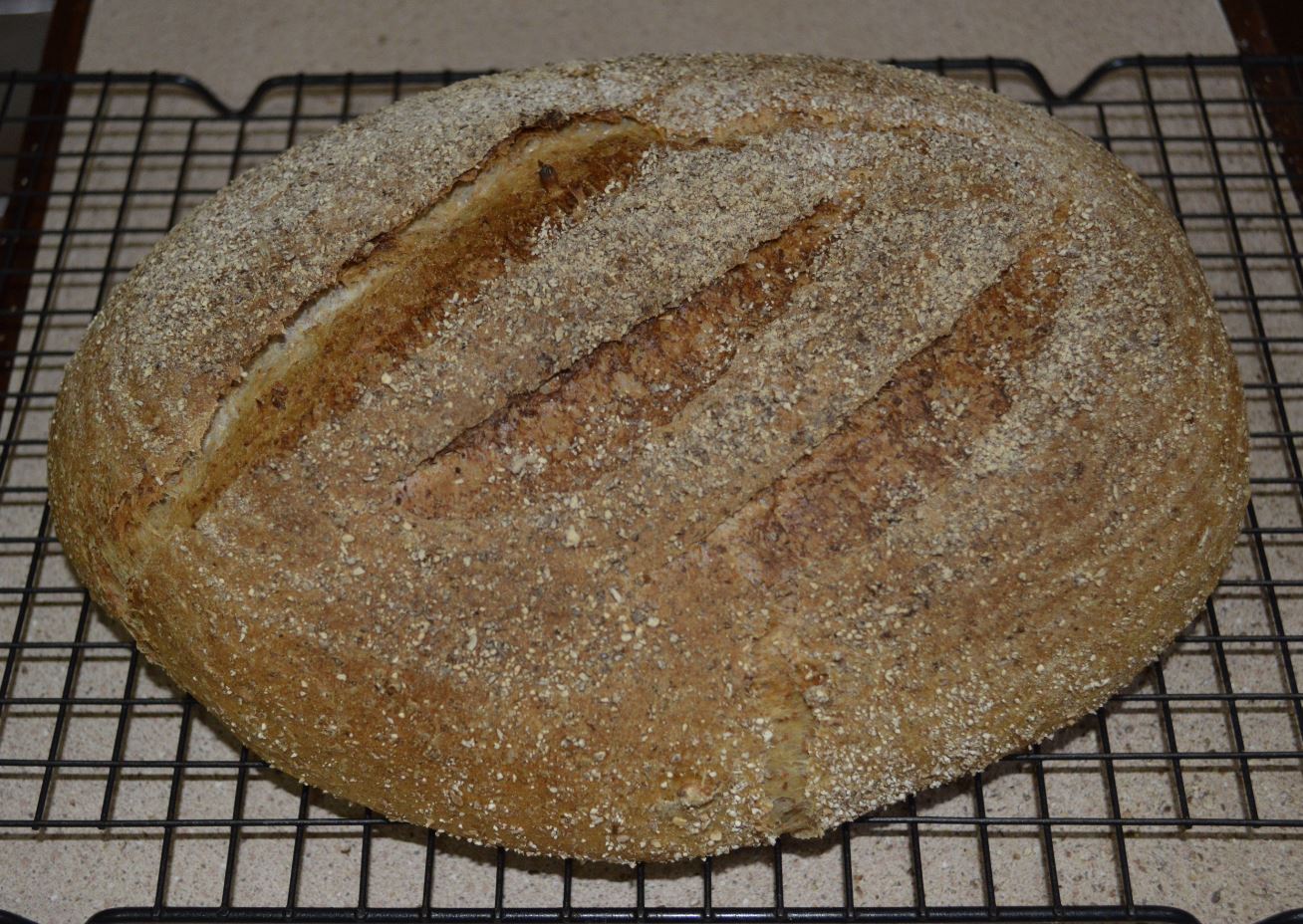 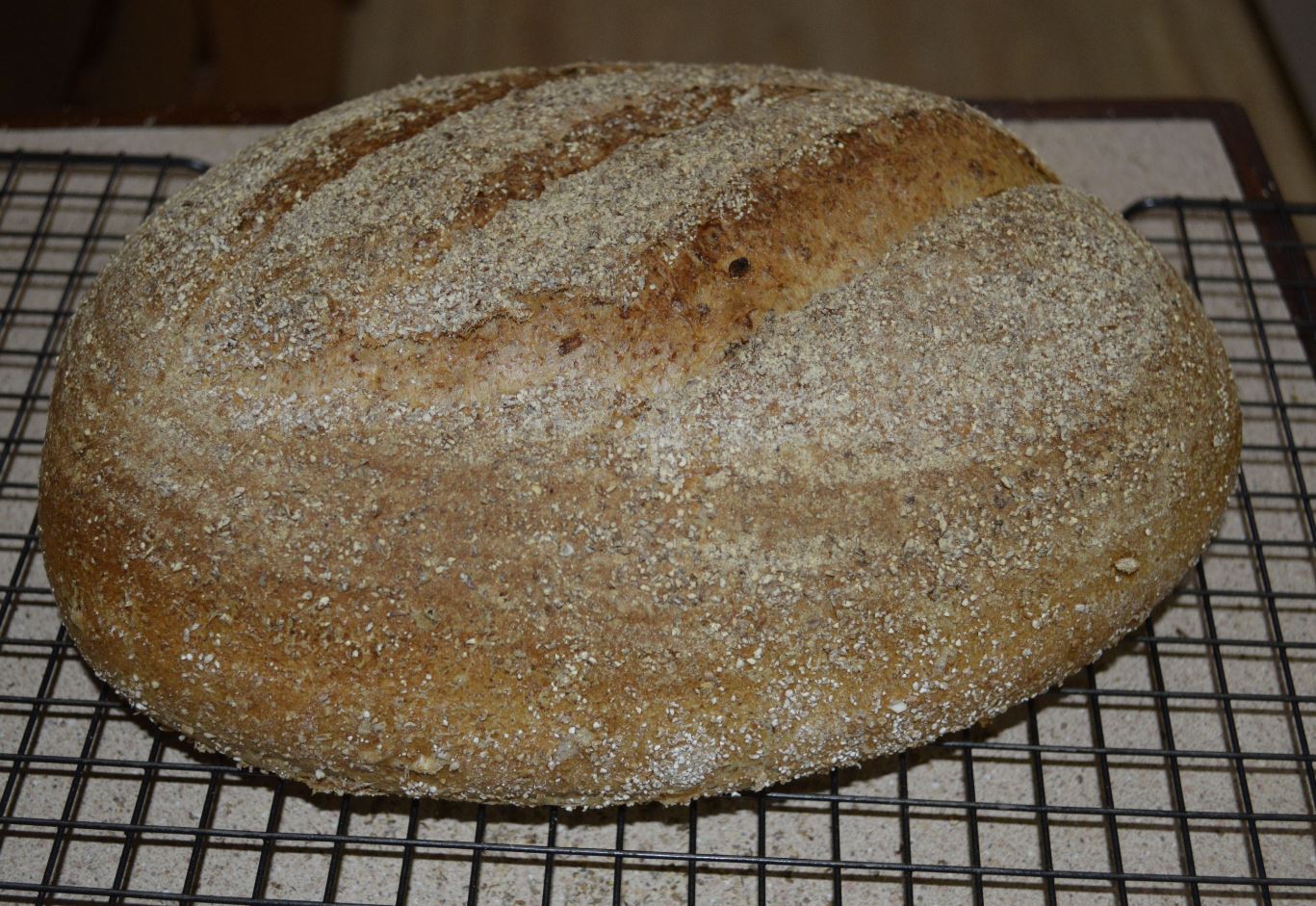 loaf out and cooling 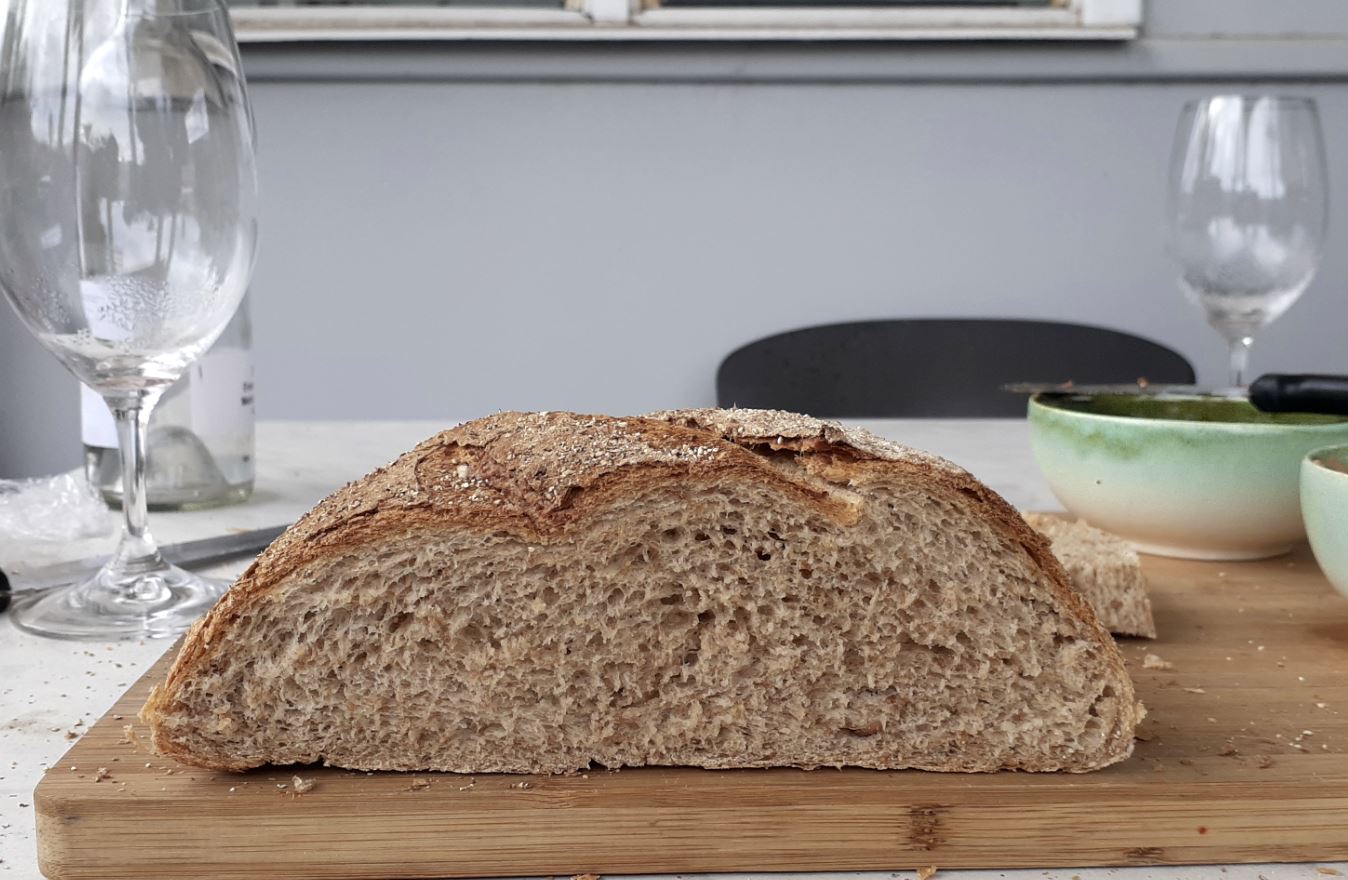 Lovely looking loaf Derek, how do you like the new red wheat?

Wow, looked like it was ready to burst outta that Tupperware. Great looking crumb!

Yes Debbie  you can see why i said it had a kick like a mule. i do remember when we made a loaf of bread at a hot bread shop where we added a good amount of Wheat germ Vitamin E bread it sold as and that also had a real kick to it but was a bit temperamental and needed to be watched during final proof as it had the potential to bolt away.   i will use much less yeast next go anyway..

I loved reading about your process. Very nice looking loaf, the read wheat has given a nice colour. It's making me hungry and thirsty just looking at the last picture. I note the empty bottle and glass :).

Yes Gavin The bread was barely cooled enough to cut but the wine as perfectly chilled and a delight on a hot humid afternoon, shared with my cousin who is also an ex baker and his wife and mine.

i still have to find out the actual gluten content of this wheat but it does not lack oomph (a technical term) and i think it would make an excellent sandwich loaf which i think you were interested in doing.  Check out my latest version that i am about to post.