I decided to conduct an experiment to see if a stiff starter vs liquid starter would make any difference in the elusive plumpness I have been striving for lately.

I followed the same process for the 2 dough but the stiff starter dough seemed ready 1h45 (!!!) before the liquid starter one, at the same bulk temp, and whereas both starters seemed at peak at the same time = 5h after being fed in the morning (see pictures below)...

*The bulk took place at 25C in a proofing box*

Liquid starter on the bottom left, stiff on the top right: 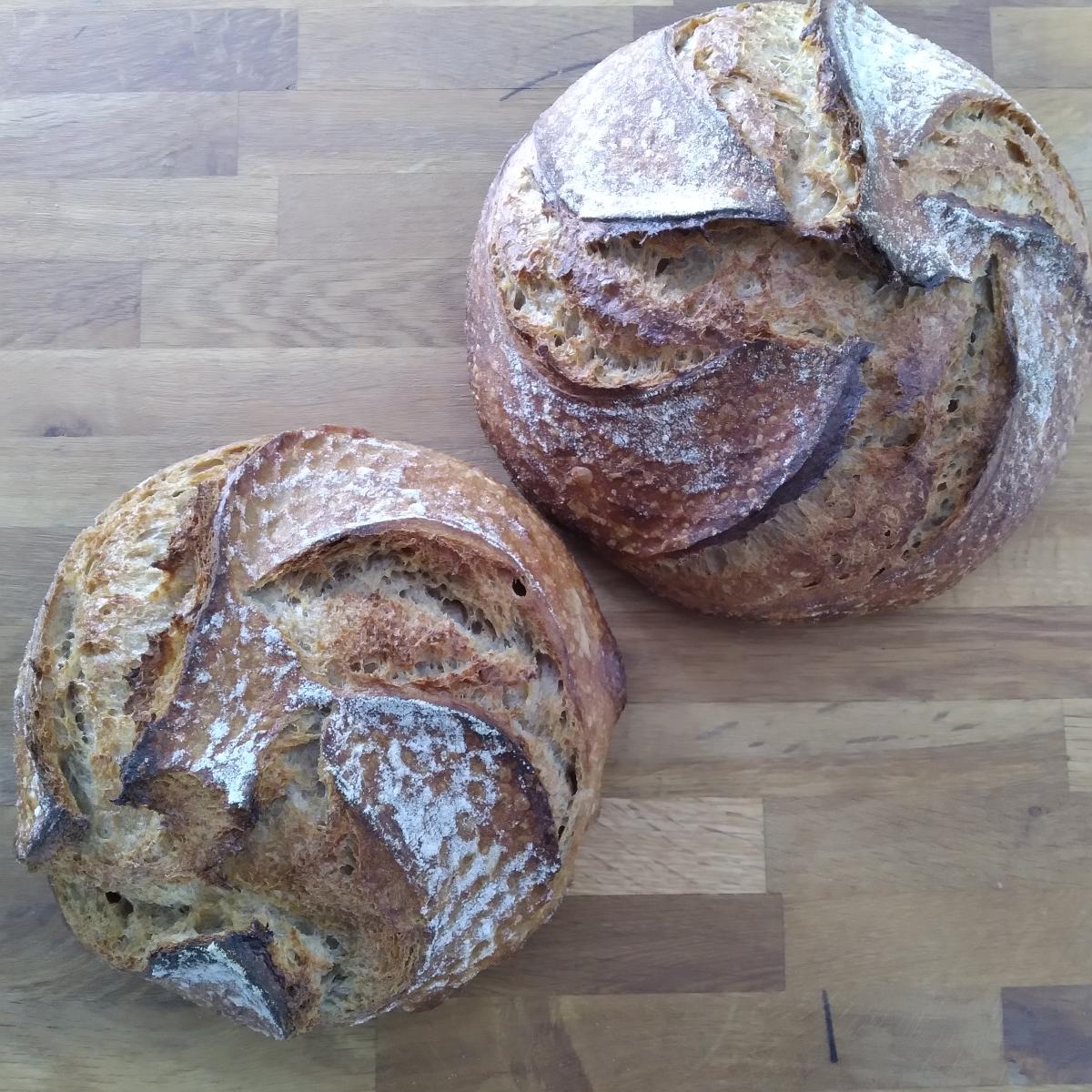 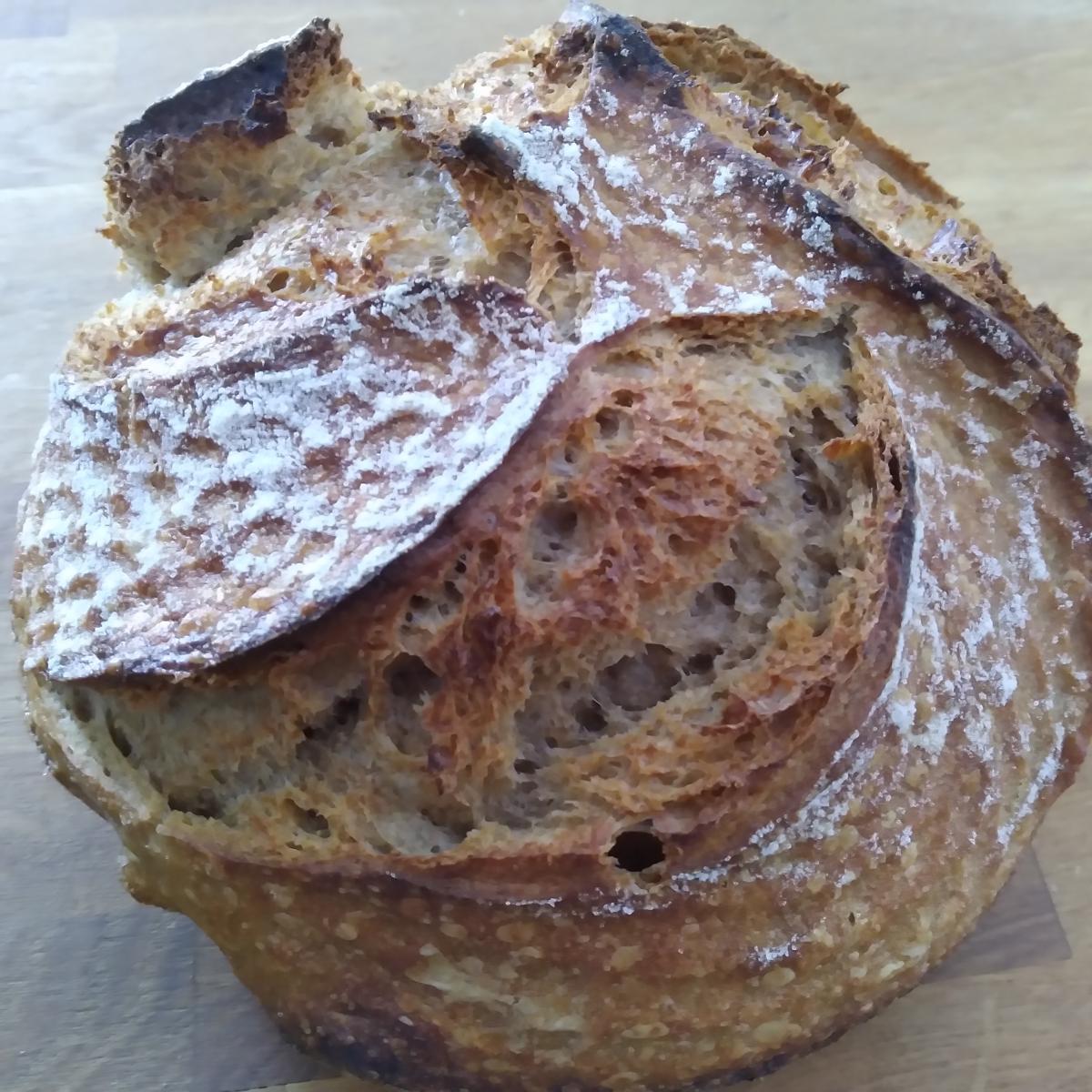 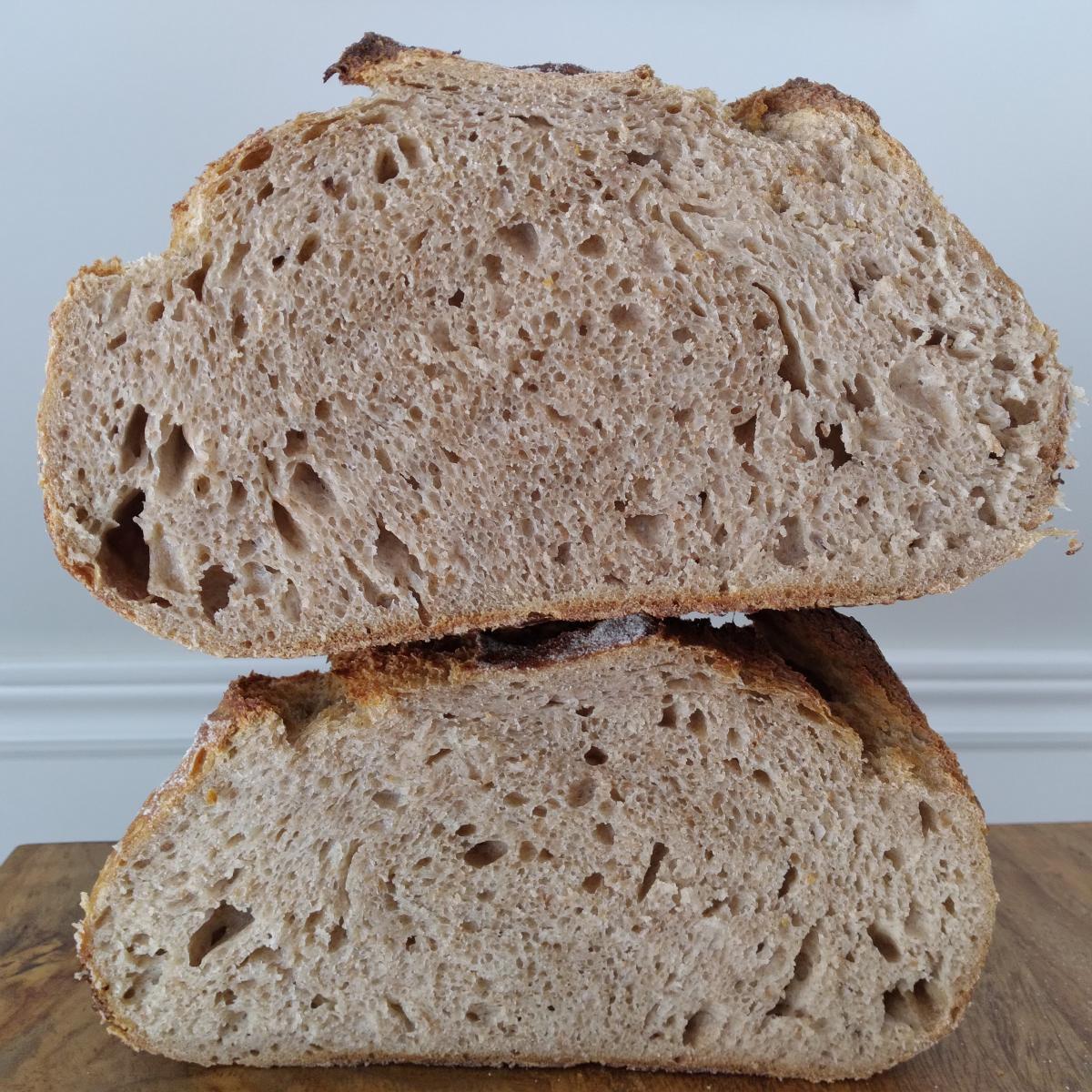 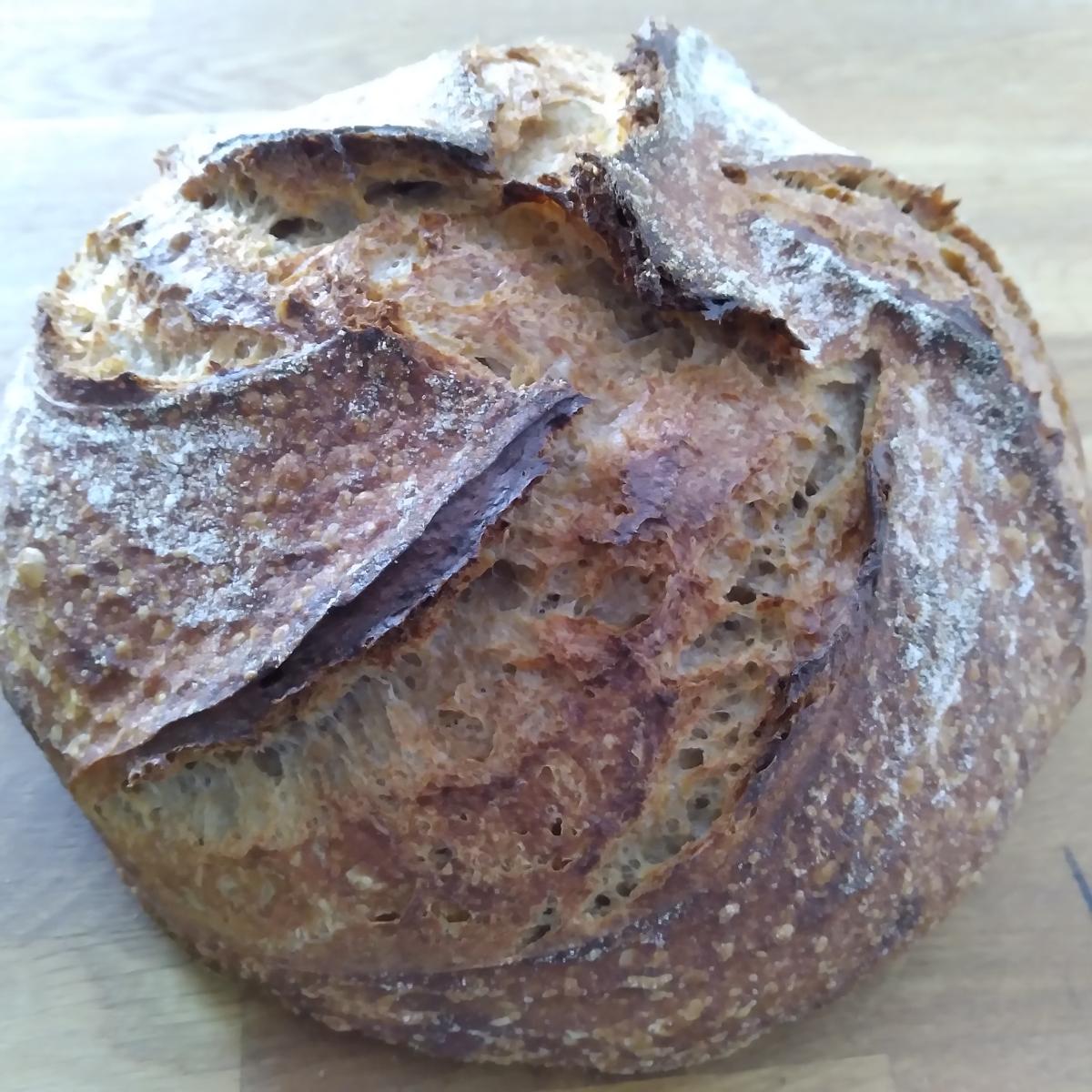 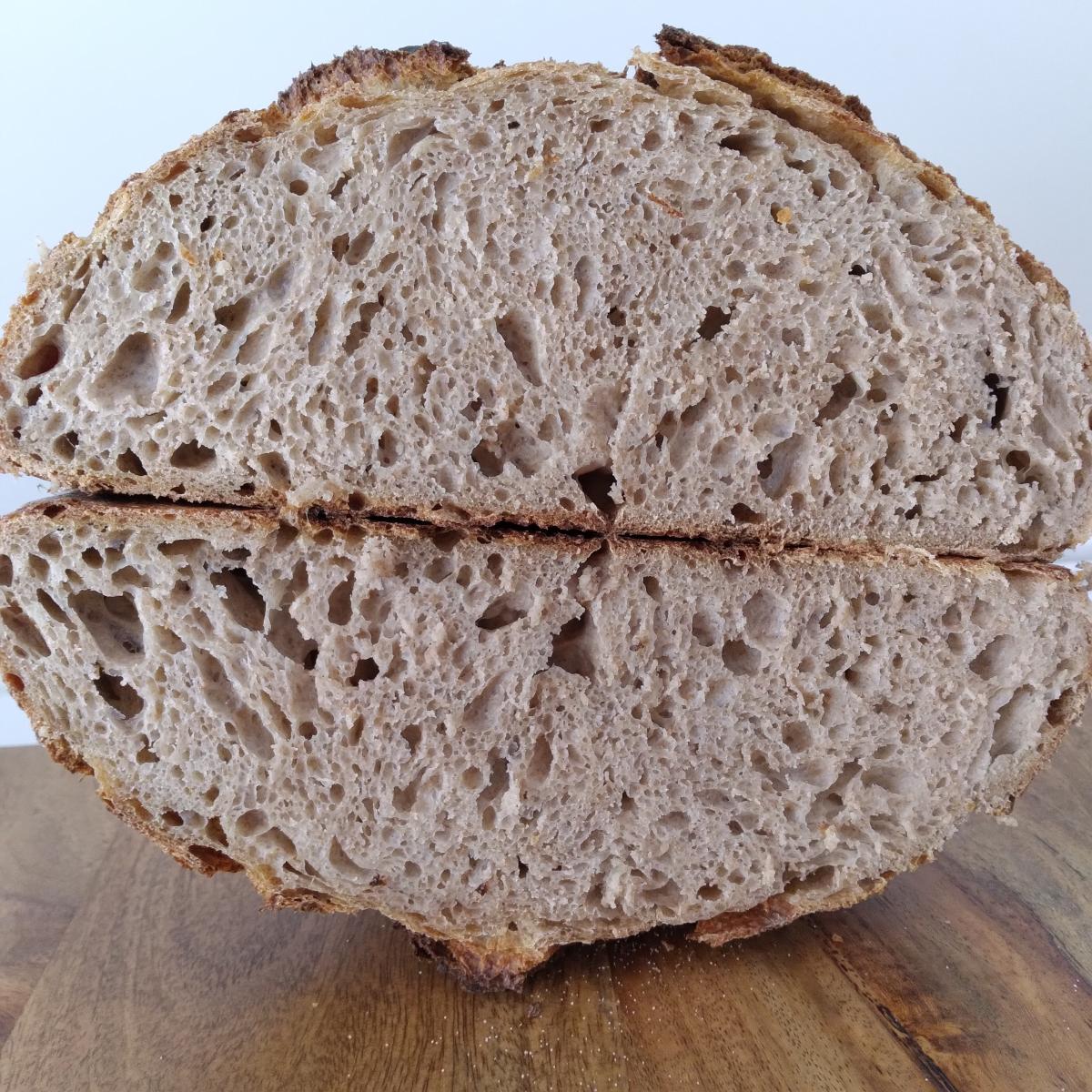 Liquid starter; seemed at peak 5h after being fed 1:1:1 (and fed twice the day before) 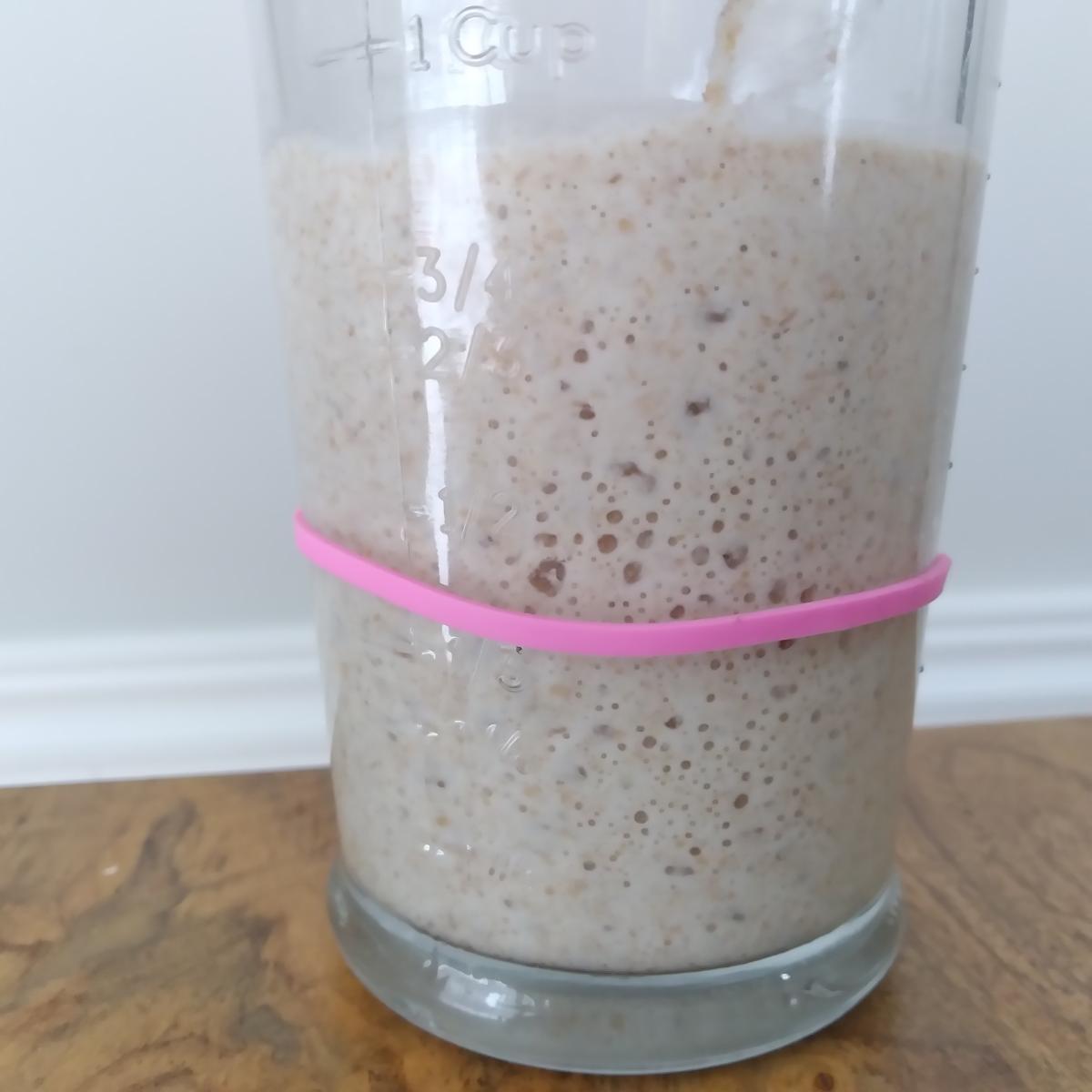 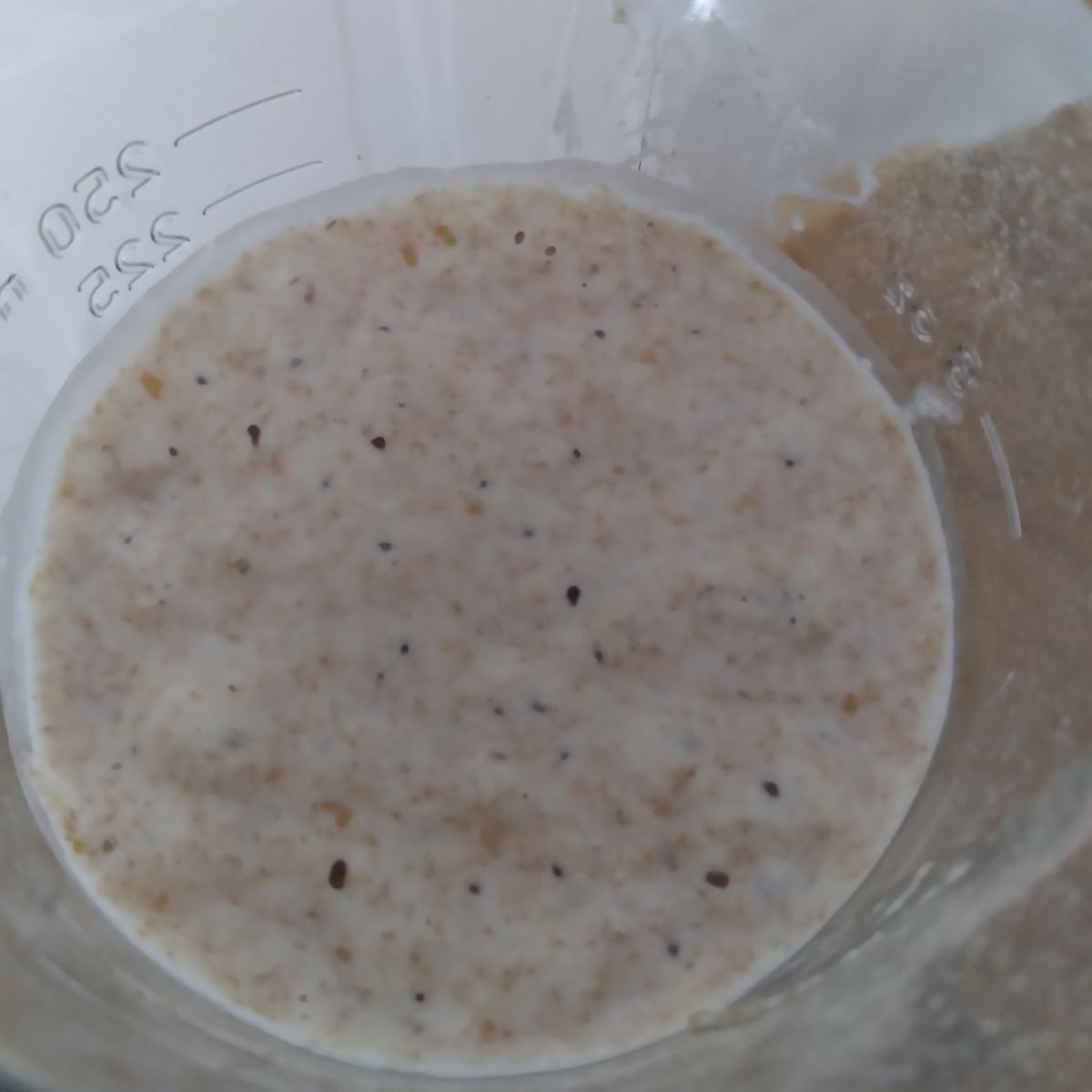 Stiff starter; seemed at peak 5h after being fed 1:1:0.6 (and fed twice the day before) 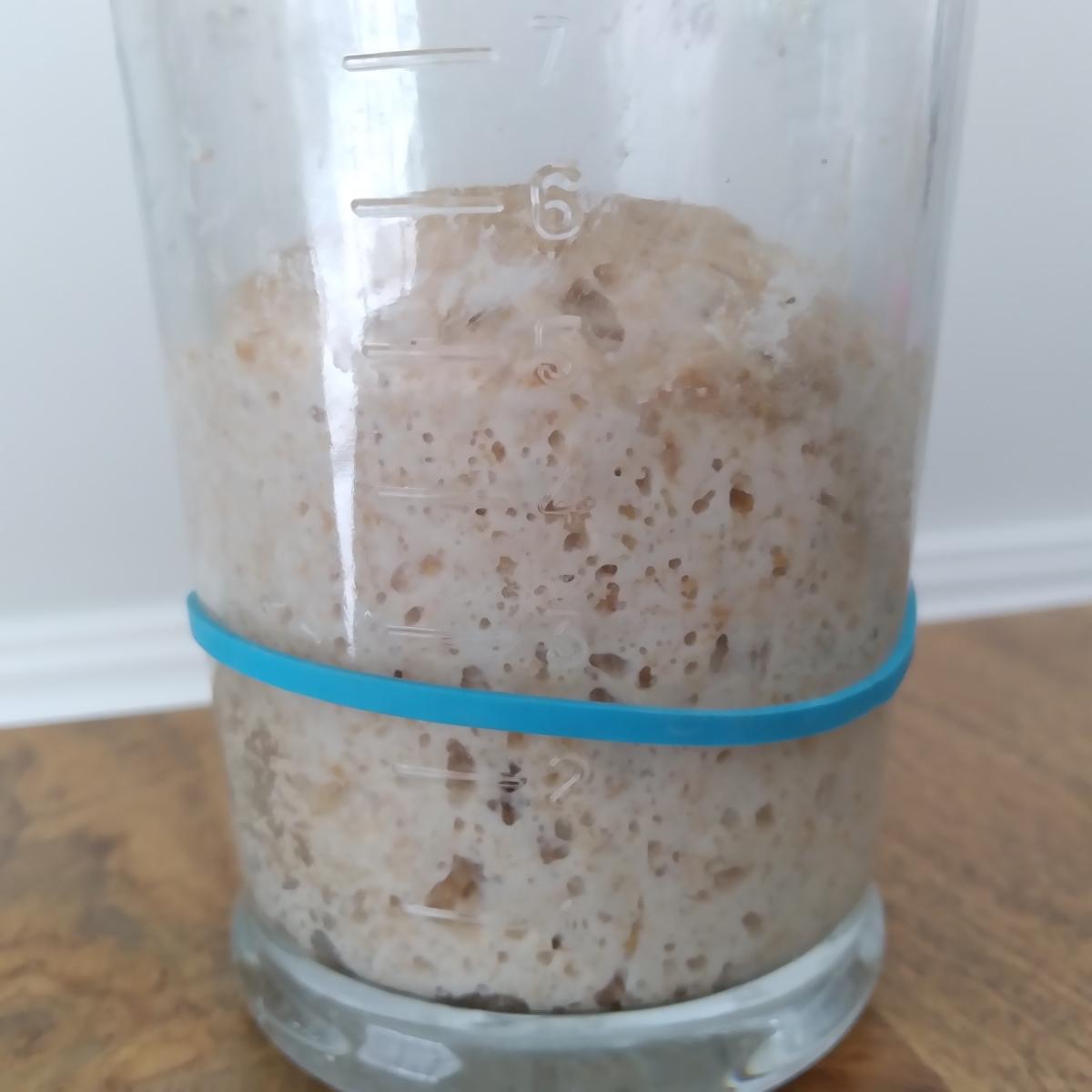 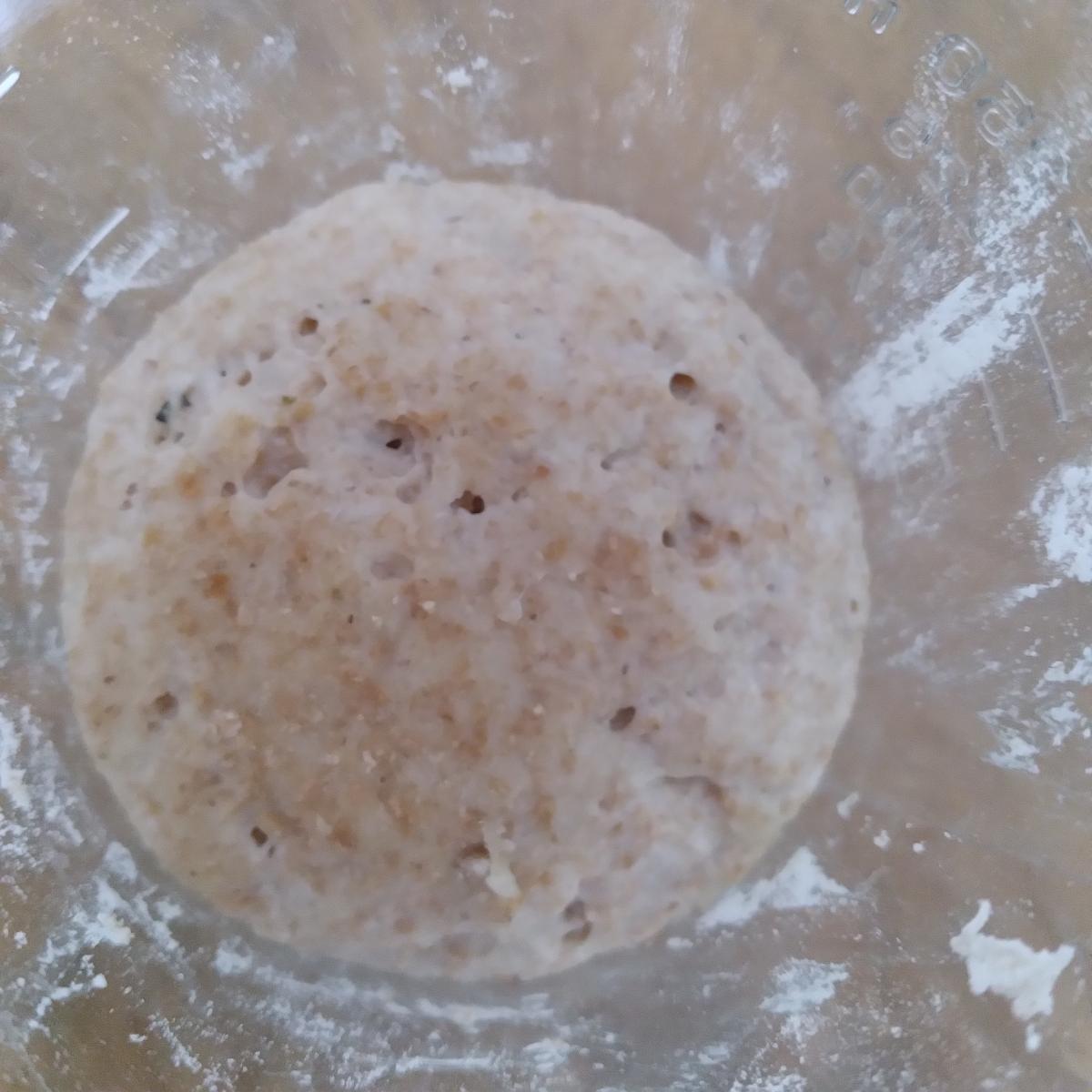 Liquid starter after 6h45 of bulk + after shaping: 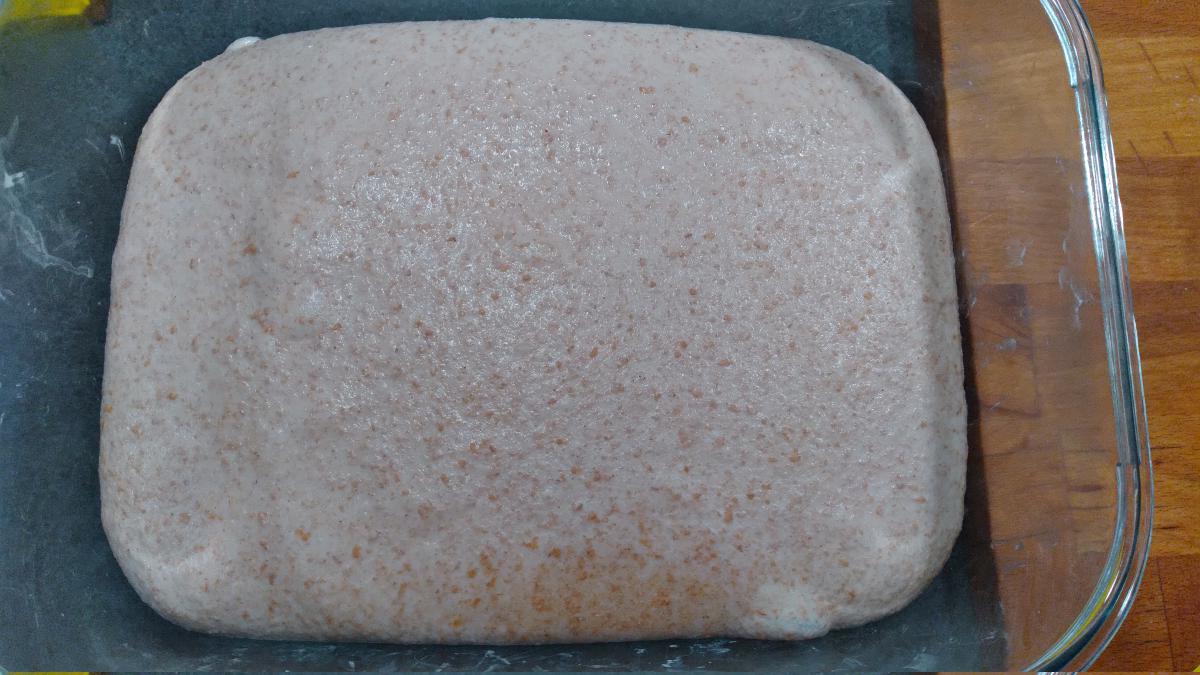 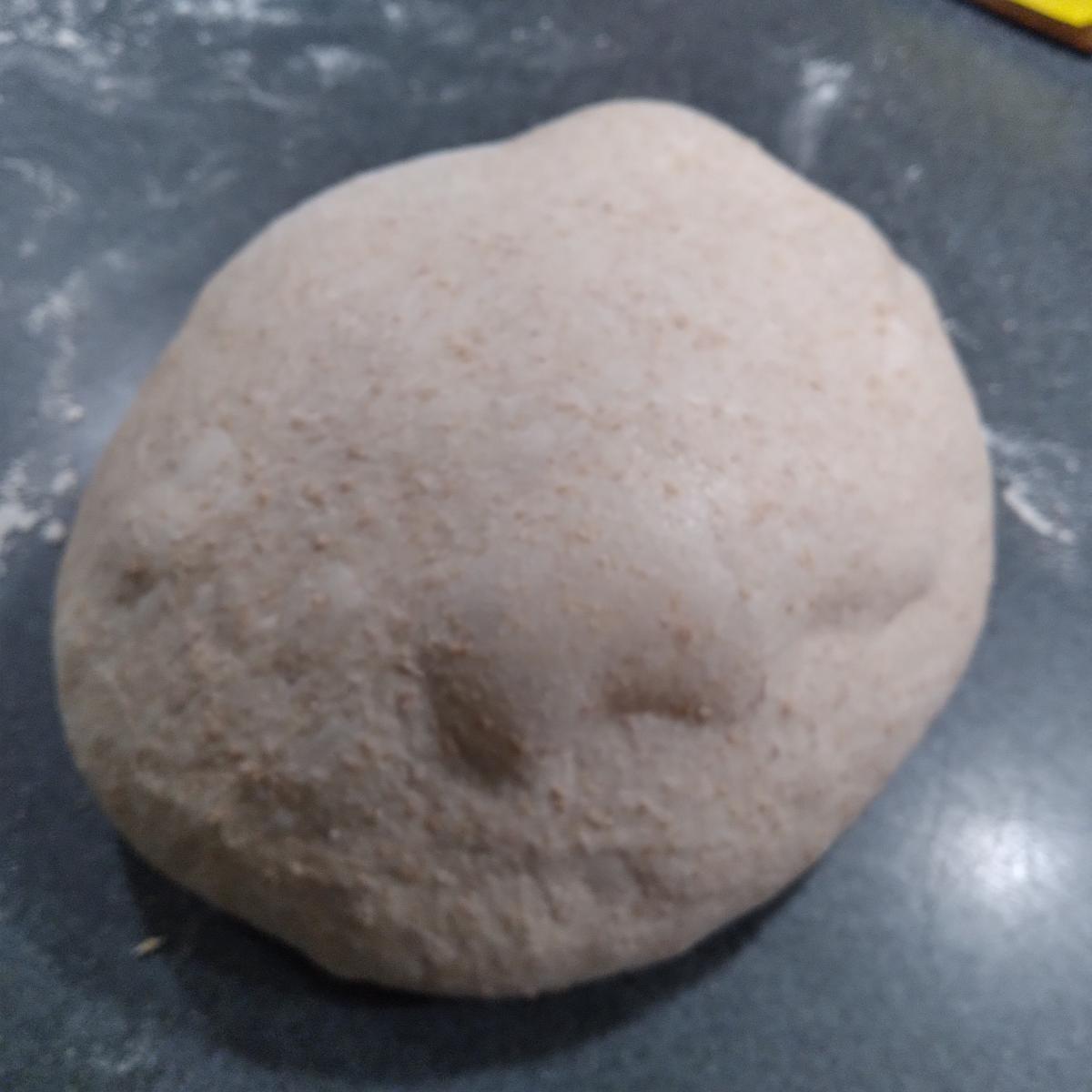 Stiff starter dough after 5h30 of bulk + after shaping 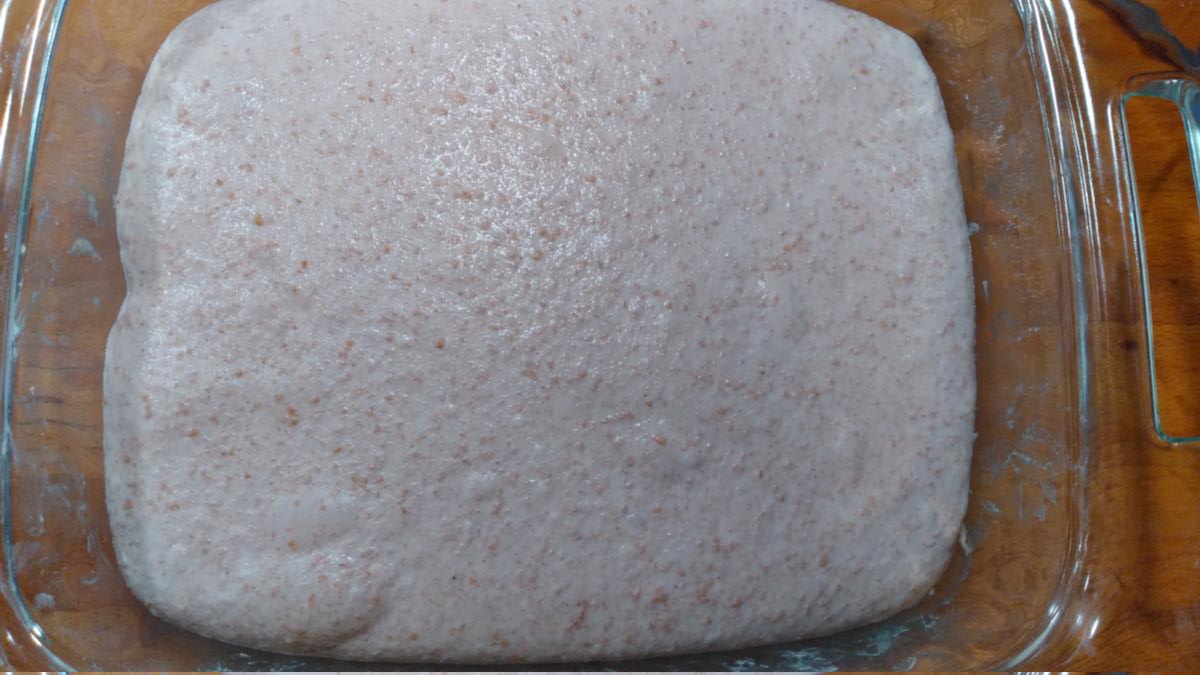 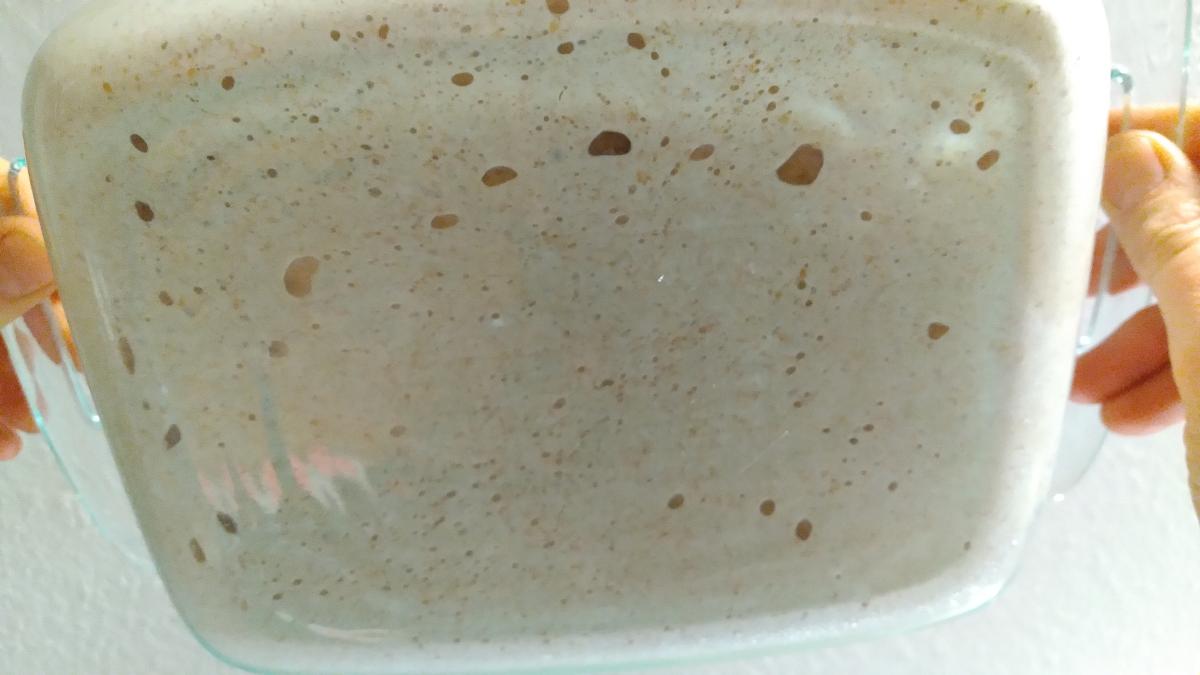 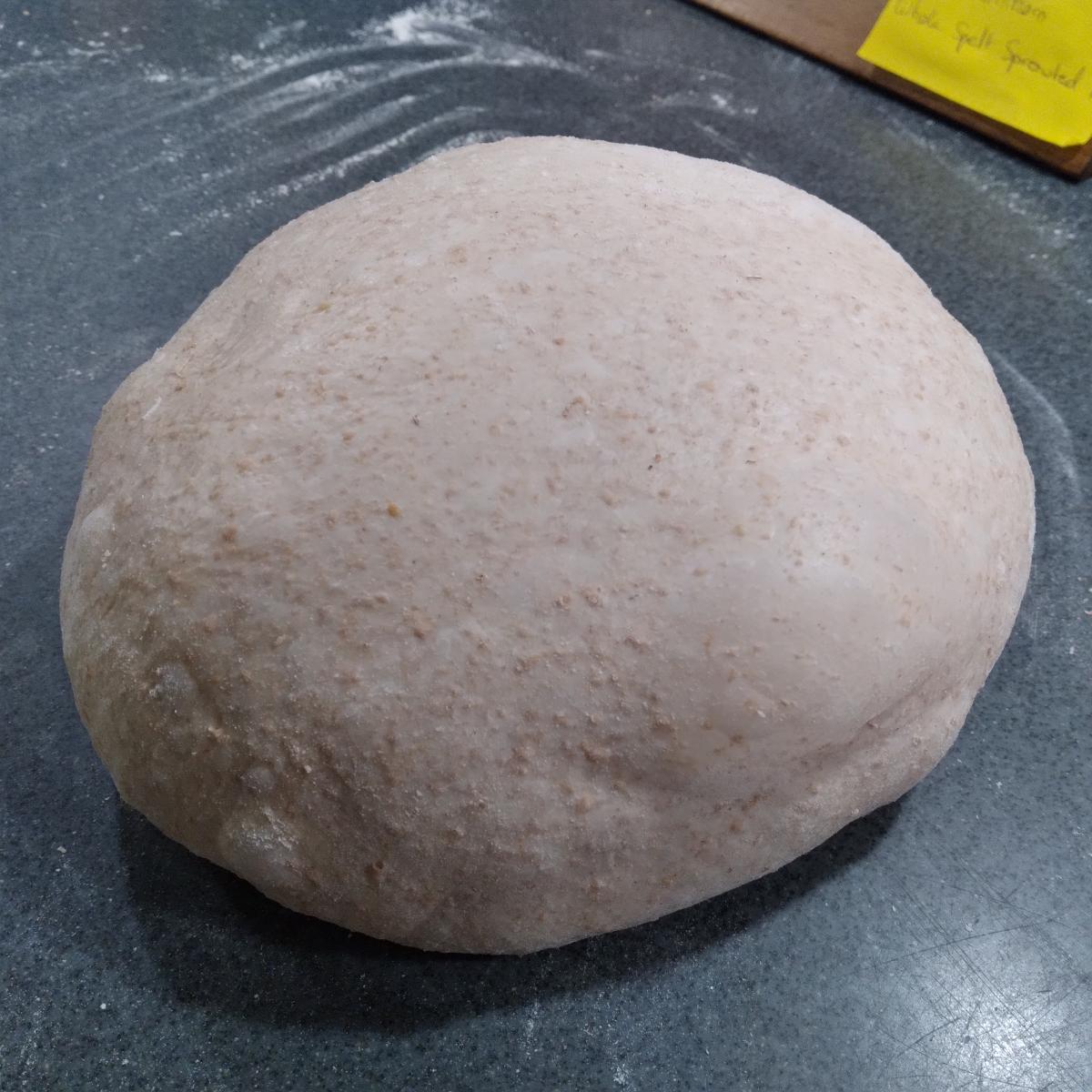 I am really not sure if my starter is active enough as at a 15 or 20% inoculation my dough have always the tendency to be under fermented even after a 6 or 7h bulk at 25C, which is really hard for me to wrap my head around as my starters *look* pretty active (no crazy triple in volume though, but still a good double and frothy and bubbly); so the length of my bulk usually exceeds the usual bulk length I see in posts or recipes (even if I know it’s all relative and depends on soooo many factors, yet is it normal for a bulk to be twice as long as what is usually seen with the same temp and ratios???? I wonder…)...

Anyways, both loaves seem again to be under-fermented, don't you think?

I also realise that I’m working here with 2 challenging flours: sifted whole wheat (T110 equivalent) and whole spelt…Before I give Benito’s ‘’sifting and scald’’ method a try (which is in the works right now), I just wanted to give my regular process another chance…

Also I completely forgot to extract a sample of dough to place in an aliquot jar :-(((

And last thing, the crumb had never burst like that before...Where does that come from??

Sorry for the very long post, but any help would be greatly appreciated regarding anything/everything: activity of my starter, length of the bulk, shaping issues...Anything that your hawk’s eyes can spot, please let me know!!!

Yes I did  indeed,  with some very helpful insights! I just wanted here to see if a stiff vs liquid starter would make any difference, and maybe get some feedback regarding the activity of my starter(s)...Thanks Ming!

I heard/read that a stiff starter could help with oven spring, which I did not notice, but what happened is that the dough made with the stiffer starter fermented faster than the one made with a 100% hydration one! I need to continue to experiment...Thank you Ming!

Not sure if you have seen the video below but I heard a lot of people learn from him with the subject of open crumb.

(70) How to Get Open Crumb from Stiff Dough - YouTube

This video is fascinating...and very frustrating at the same time ;-)

Both loaves look great Gaelle.  I wonder if part of the difference in oven spring might be due to a hydration difference?  Did you adjust the hydration of the loaf with the stiff levain to ensure that both loaves had the same hydration?

I’m not really seeing much in the way of underfermentation when I look at the crumb.  You’re using pretty much whole grain although sifted and it is challenging to get much more open crumb.  The crumb isn’t dense looking.

I adjusted the hydration to ensure that both loaves were exactly the same..Hope my maths was right though!!!

As for the crumb, I really though it was really showing signs of underfermentation...I am really not good at reading/troubleshooting crumbs/loaves!!!!

The ''sifted ans scald'' loaves are just out of the oven...I will post about that later today once I have seen the crumb

Perhaps you could have pushed fermentation further, but the crumb doesn’t look particularly gummy or dense.

This is how I assess fermentation in the baked loaf.

To assess the proofing/fermentation ignore the big holes first.  What is the crumb like, are the alveoli in the crumb tiny and tight then more likely to be underfermented.  Is the crumb overall actually pretty nice and not tight then not underfermented.  Then the large hole characteristics next.  Are there large tunnels through the bread and not necessarily immediately under the crust?  This along with the tight crumb equals underfermented.  Are the large holes immediately under the crust?  Do these large holes show in them signs of gluten breakdown with thin broken gluten strands?  Then this points towards overfermented.  Then look at the profile of the loaf, decent oven spring or excessive oven spring is more associated with under proofing whereas flat profile is more associated with overproofing.

Oh my....I think it's only the beginning of a long journey scrutinising my crumbs with a magnifying glass!!! I really don't how to express my gratitude for your help and your patience with me, Benny, that is soooo helpful!!

You’re welcome Gaelle, I’m just sharing the knowledge that others have shared with me and glad to help.

Fascinating, Gaëlle. I'm curious if, beyond the technical issues, there was a taste difference.

Fascinating Gaelle, I have played around in this area but more with flavour in mind.  I explain in a little more detail in my blog here.  I have to say both your loaves look great for wholemeal, better than I can achieve with just sourdough leavening.

So I am also curious about the taste difference.  I notice a distinct taste difference when using a 500% hydration starter compared to 100%, but it is difficult for me to make a nicely risen not over-fermented loaf with that.  Higher hydration = more lactic sourness, less (almost no) noticeable acetic acid.

Possibly I have noticed more acetic flavours in a 65% hydration starter over a 100% one, I am not sure.  What I did notice was I could push the final fermentation farther without the dough getting spoilt.

I have to admit I was so focused, borderline obsessed, with the oven spring that I did not pay much attention to the taste..I know I did not notice any difference, but I did not spend much time analysing that aspect of the experiment...Now I regret it!! Anyway, I am planning to continue to play around with my starters very soon as I really want to get more tangible results regarding the fermentation times, so I will definitely keep the taste in mind when comparing the loaves next time! thanks Greyspoke!

This exact video triggered the curiosity in me to start playing with my starters! But a lot of that scientific stuff goes way beyond my understanding, unfortunately...That's why I experiment, but more by instinct, without really trying to understand what's really happening behind the scene...

Good job on the loaves. They both look really good.

I too am experimenting with a liquid starter and a stiff starter, looking into what the differences are between the two and what results can be expected.  I'm just a little confused about which loaf is which lol.

Hope you dont mind my pointing that out. I think you got the pics mixed up.

Well spotted Peter, thank you for letting me know!