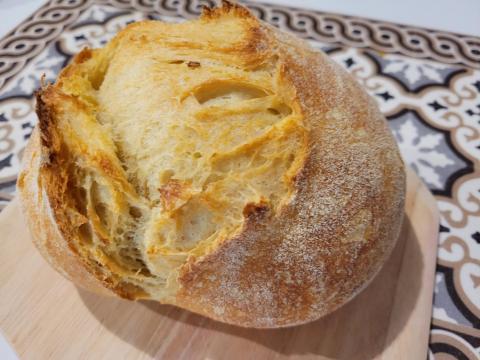 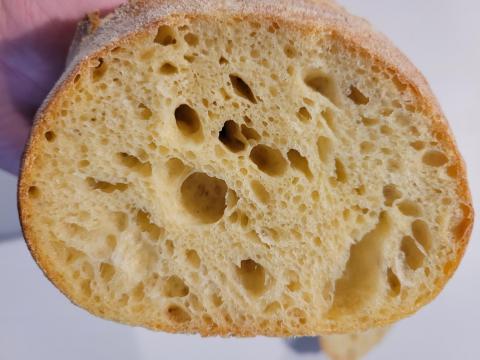 Would like to try this. Did you include any preferments? What was your hydration?

I found your post. Will definitely be trying it. Thank you c

This is a stiff sourdough levain (~50% hydration) bread. I think the hydration was around 73%, and I autolysed the flour for one hour since I was waiting for the levain to peak. I baked with seam side up and got that natural scoring. I prepared the levain in 2 steps. First I created a 100% hydration levain, and then added the same amount of flour to reduce the levain hydration to about 50% ~ 60%. The levain build took about 6 hours in the oven's proof function set at 30C. After the autolysing, I mixed all stuff together and developed the gluten. Applied 3 regular stretch and folds and then bulk proofed for 2 to 3 hours at 30C. Shaped and retarded till next morning's baking. I also used this technique that turns off the oven in the beginning of the bake to improve oven spring. I did by heating the oven to 265C, added the loaf and created steam, then turned the oven off for 15 min, which enhances oven spring. After 15 min, I turned the oven back on at 220C with convection. I like this technique not for the supposed extra oven spring it produces but because I cannot switch my oven fan off, and I don't like the convection bake in the beginning because it settles the crust too soon.  The rough measures as I remember were:

Total flour: 376 g (including the flour in the levain)

Water: 275 g (including the water in the levain)

I believe this flour can take more water without problems.

I love that flour and your bread is perfect.c

It would work well with YW as well. I should try it in the future.

That’s pretty much all I bake with. If I use a regular SD starter it is rye and I feed it with YW after I remove it from storage so it stays SD just in case. Thank you!

What a great looking loaf. Love the colour, crumb and that round shape. Wish I could try!

You will be pleased with the flavor as well. Nuty and buttery!

I love semola rimacinata as well, your loaf is gorgeous especially the colour of the crumb.  Nicely baked Pul.

to following your lead. I wrote it up here. 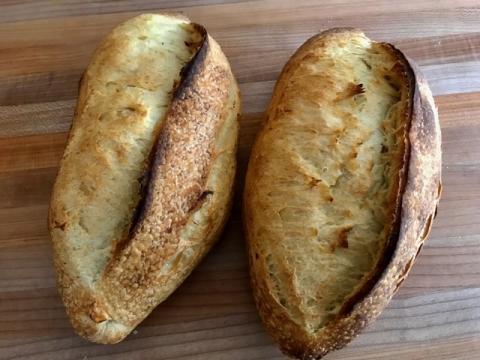 Thanks for the inspiration,

Glad it inspired. The TFL has a bunch of semoliona rimacinata aficionados.

I love the creamy texture and oven spring.

I really enjoy working working with this flour. It is so forgiving and cooperative

What an incredible bread.  Just beautiful.