I chose Rugbrod, as I was looking for an easy naturally leavened traditional rye bread that called for a single whole rye grind that would be friendly to home milling.  I had also made Vollkornbrot a few times and wanted to try something different.  I chose this recipe because (as usual) Benny's post [LINK] included every detail I needed to bake it, it looked fabulous, and I didn't have to look anything up.  Rugbrod also seemed fairly popular on TFL, with three or more bakes in the last week.  I bought an ebook copy of her book Southern Ground after it came out last year and admire her bread journey.  She apprenticed with with Allan Scott and ran a bakery in NC before founding a mill, Carolina Ground.  She is featured on episode 57 of the Rise Up! bread and baker podcast [LINK].  Carolina ground flour can be purchased [HERE].

I baked per the instructions in Benny's post, but substituted 1 1/2 tsp honey for the sorghum, which I don't have.  I baked it in a covered Pullman pan after I noticing about 6 pinholes on the top, as suggested, and the pH was approximately 4.3.  The loaf was removed from the pan for the final 20 minutes and baked open on each side to firm up the crust -- a recommendation from Dan after my first Pullman rye bake.  I've had some questions about how to mill rye, but ended up milling this one rather finely, as I would for whole wheat, with the stones just barely ticking.  The freshly milled rye sour was very lively and the whole process moved along very quickly.  After reading about hard crusts, I wrapped it in a cotton cloth as it cooled overnight and sliced it the following evening.  It seemed to bake well as the knife came out clean and the flavor is excellent.  I haven't had a lot of rye, and I'm sure there is a lot of room for improvement, but I really like the flavor and texture of this bread.  I'm curious how far the seeds can be pushed.  The flavor jumps out much more than the Vollkornbrot loafs I have baked previously using combinations of more coarsely milled rye flour and now I'm curious to compare and contrast the recipes. 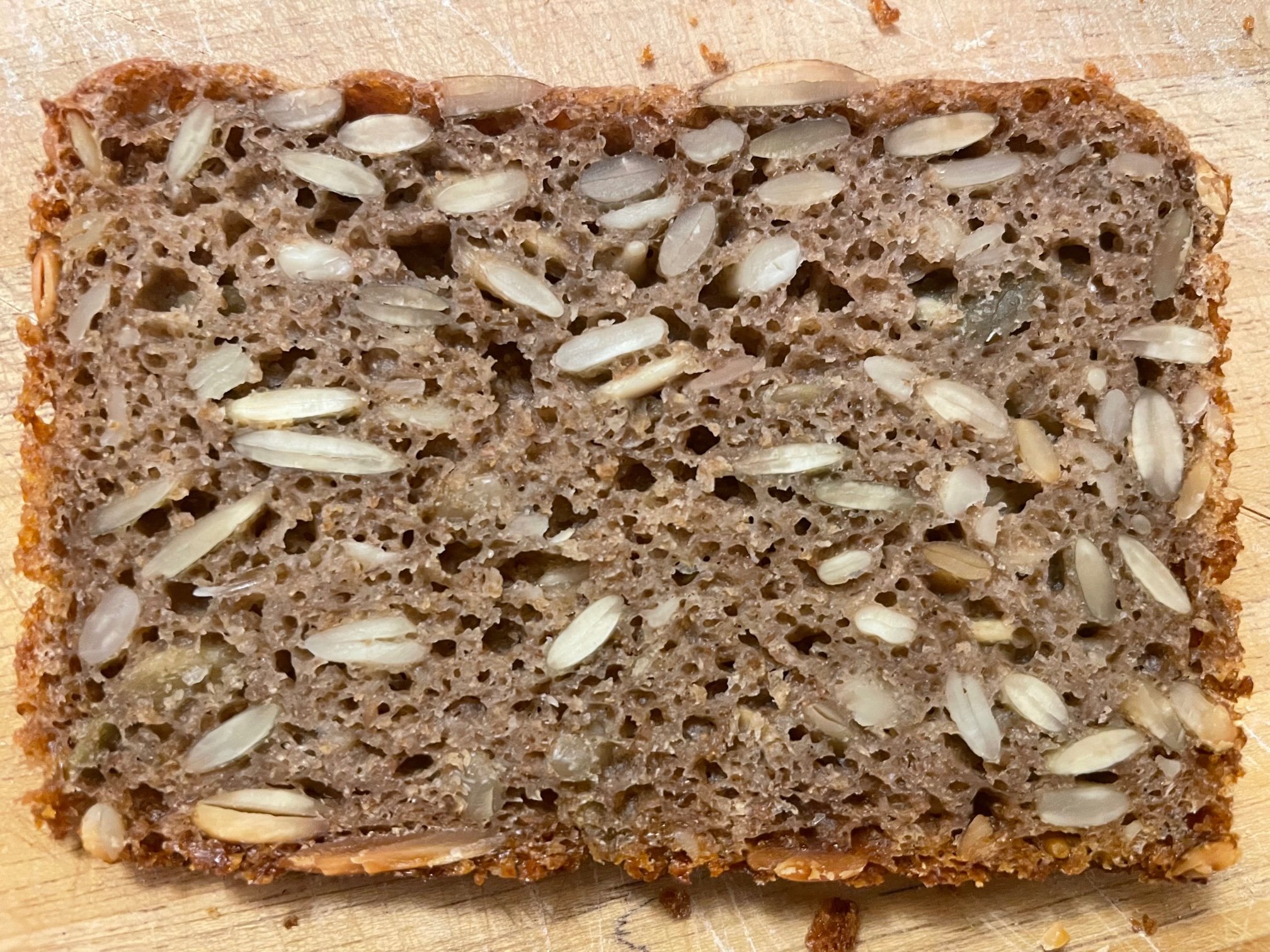 #2 Westphalia Rye by Ginger (from gingerandbread.com)

Per the recipe [HERE] (discussed previously on TFL), but with the following changes:

I'm currently oven-less, as discussed in a recent blog entry, and this steered me towards making this Pumpernickel bread that calls for a long slow bake, which I thought could be approximated in the multi-cooker.  I also have more confidence in leaving that unattended for long periods, so it would be preferable even if my oven was working.  The Icelandic Lava Bread post (sealed and buried in hot spring sand) in the Rye CB gave me some confidence that a sealed "sous vide" cooking approach might work for this 100% rye.  I'm not sure how significant the pressure will be, it seems reduced pressure would be preferable, but I thought it would work fine for this dense bread.

I baked a little longer as I was uncertain of the temperature at "low" and figured erring on the side of overbaking would be preferable.  The measured internal temperature of 204F was somewhat reassuring.  The bread slipped out of the jars without any problem, and the outer loaf started to firm up as it cooled.  I wrapped the mini loaf towers in a tea towel, and will allow them to cool for at least a couple of days at room temperature before sliding into them. 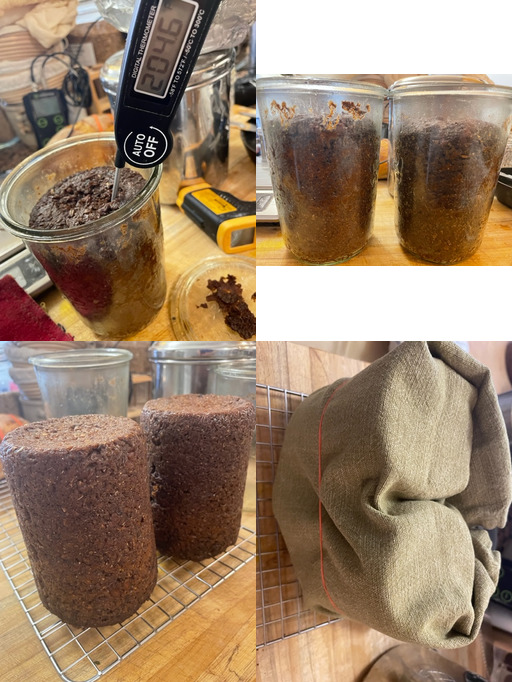 #3 Simple Rye with Coriander by Martadella (as documented [here]) 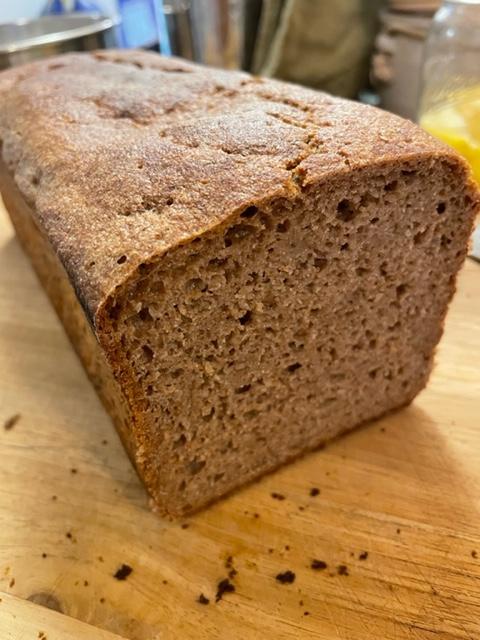 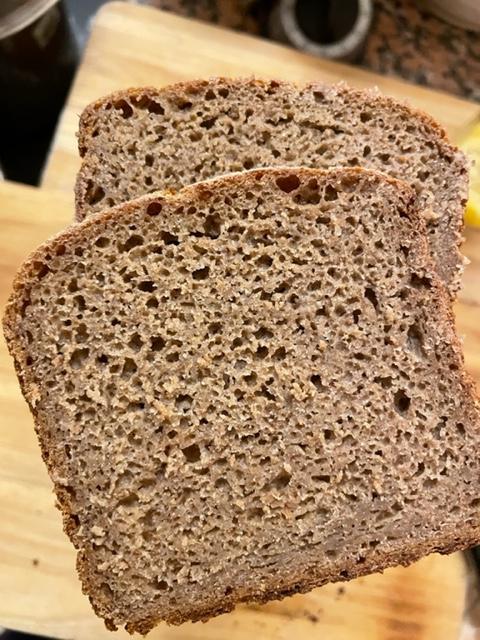 This one came out slightly gummy in my first attempt.  I was still using finer home milled rye from a two stage coarse-to-fine process.  Since this bake I have switched to a coarser grind. 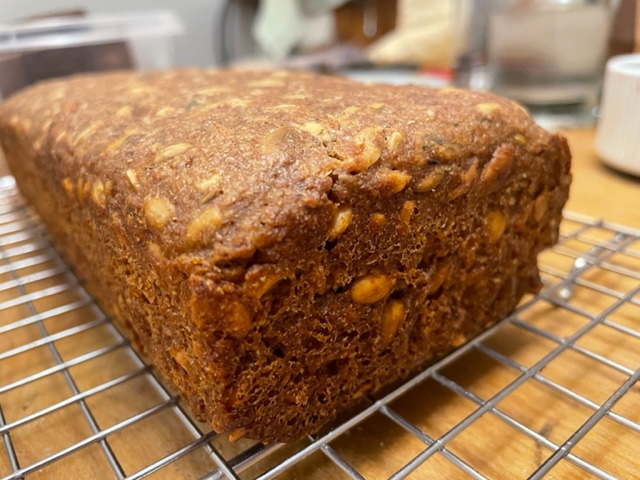 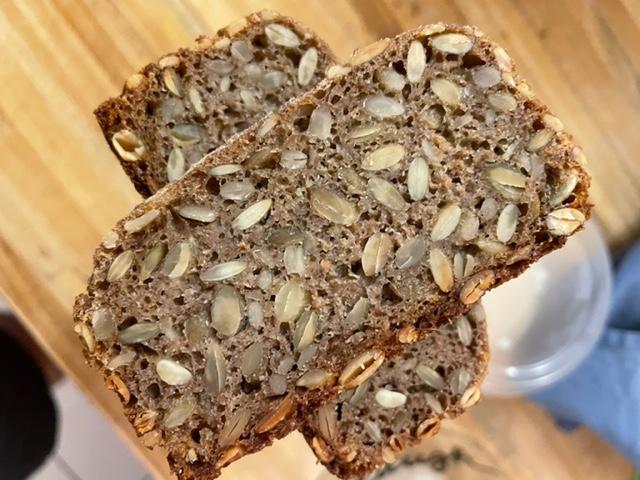 I really liked the crumb and the texture of the crust on the first Rugbrod bake (documented above) and wanted to see if it was repeatable.    I was juggling a few things on the weekend and didn't portion the dough for the pan, but the otherwise the bread itself was excellent.  I'm very happy with this formula and process using my flour and starter.  The crumb is moist but not gummy and the crust has a subtle enjoyable crunch to it.  I used a slightly coarser grind of rye in this bake and will try that for the next few rye bakes.

Looking forward to seeing what you decide to bake. Hope you like the Community Bake page I put together. Post your bake there too. The recipe I attached from Breadtopia is worth a bake either way. One of my favourite rye breads i've had the pleasure to make.

Thanks for putting that together.  That looks like an interesting loaf.  I'll try to squeeze one in mid week.

Awesome bake David, I’m happy my notes were helpful to you.  I really enjoyed reading through Jennifer’s book when I had it out from the library.

You could compile a book from your baking notes.  I used one of your posts for a baking introduction recently.  Sorry the timing didn't work out for this one.  Your rye bakes look great as usual.

Kind of you to say David.  Hope you have a great weekend.