Here's a crumb shot of a Costco croissant. It's cheap, costing only 42 cents each. At that price and its provenance, it's unlikely to carry the aura of a Michelin star. But as far as I'm concerned, it's properly proved and baked; it's flaky and buttery, and its honeycomb crumb looks pretty good. My only complaint was that it was too buttery to taste the bread. 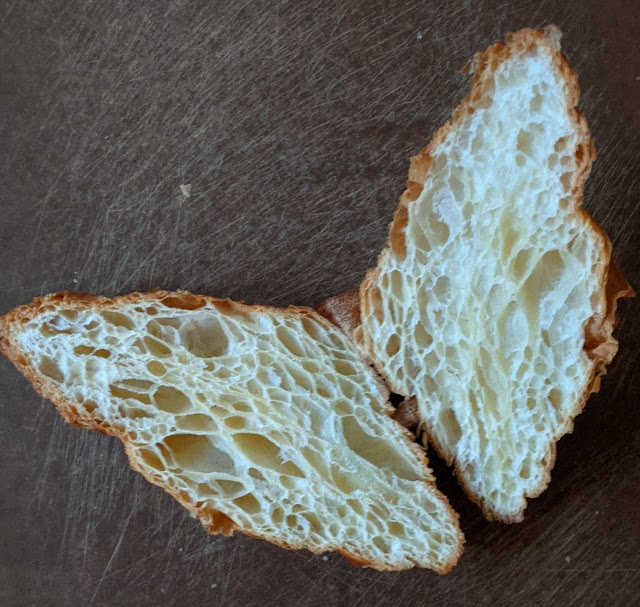 And here are a few crumb shots of a croissant that we bought from a bakery run by a Michelin-starred chef. It cost more than ten times the price of a Costco croissant. However, it was under-proved, under-baked, and had a doughy/gummy, almost raw center. Not only was the honeycomb missing, but there were hardly any layers; what I saw was practically a hollow interior. 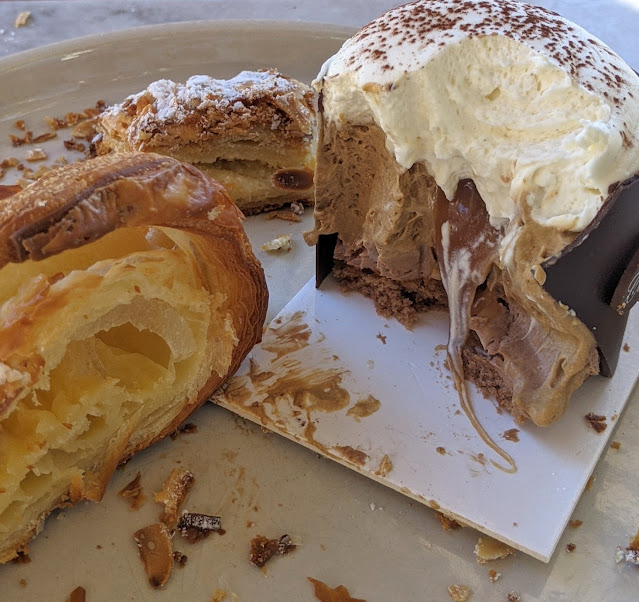 P.S. The second croissant we had on the next day was just as shoddy as the first. 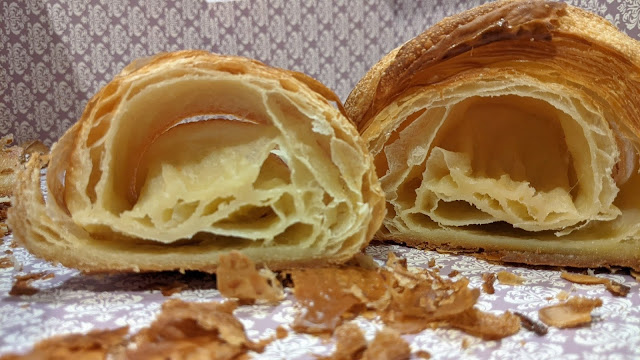 Today was a beautiful day - comfortably sunny and mild. I felt relaxed and happy as I was looking forward to the upcoming Thanksgiving holiday. We'd talked about visiting this bakery for almost a year; today seemed like the perfect day. So, I put on make-up and a lovely dress and went on a "date" with my

When we arrived at the bakery, there was already a line outside. We waited for about 20 minutes before it was our turn to order. I ordered as much as we could eat in a day or two. We couldn't wait to sit down and sample some of their "signature" items. While ordering, the kitchen staff brought out a new batch of classic croissants; I figured it would be pretty fresh. But its flavor and crust were mediocre, and its texture was shitty -- the center was sticky/gummy and chewy, like leather, and almost raw, which I had not expected!

You must understand that I came to this shop with high expectations as it claims that its owner had her training at Le Cordon Bleu and that a professional chef runs the bakery. But what I had today was clearly not up to professional standards, and it simply gave croissant a bad name! Can you imagine how disappointed I was?  This damn croissant ruined my date!

Of all the things we ordered today, I only suggest trying the baguette and almond croissant, but don't get your hopes high. I do think they need to add CLAS to improve the baked goods' flavor. 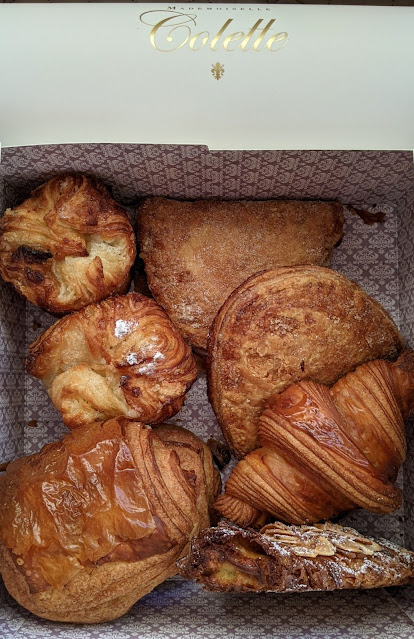 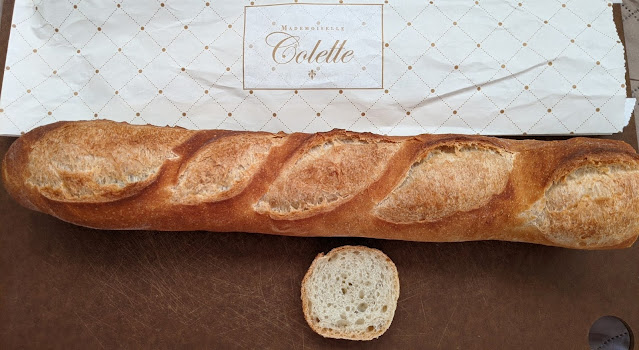 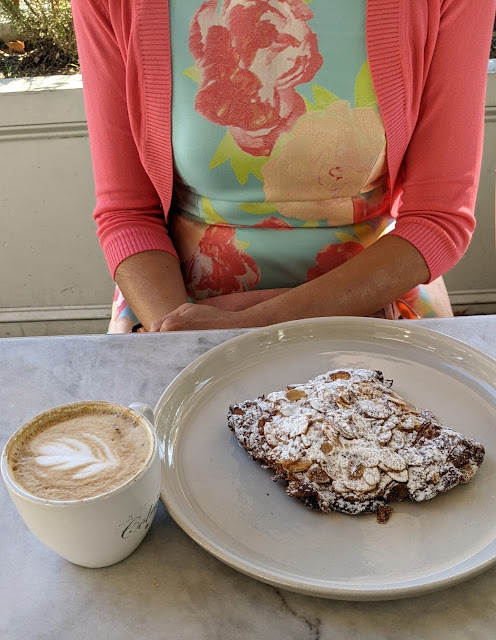 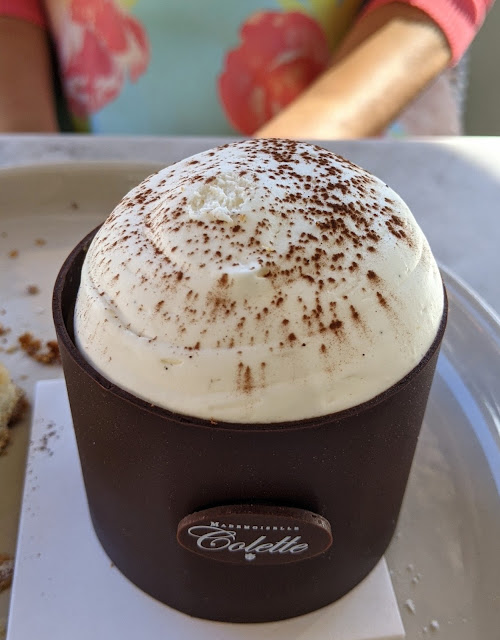 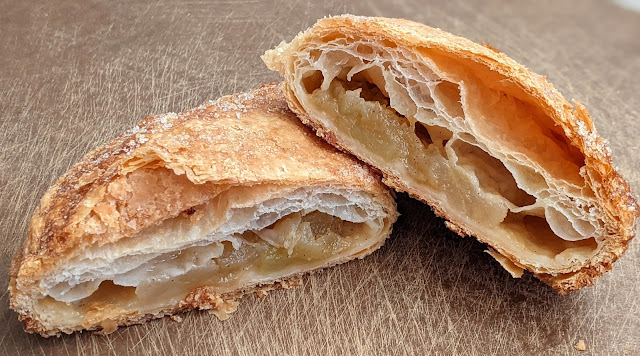 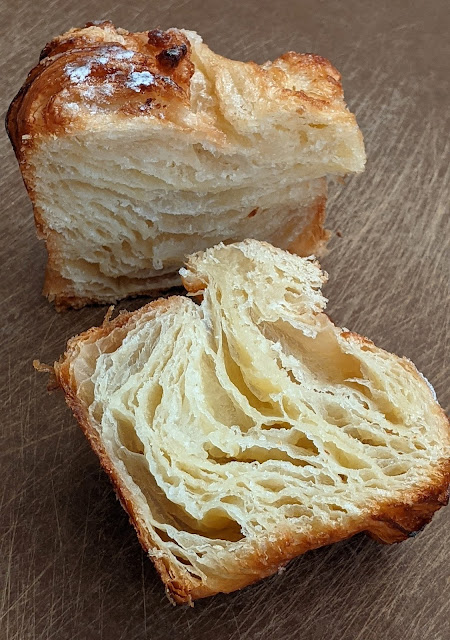 Hi Yippee. Sorry you were disappointed with that experience.

The whole reason I first baked croissants and kouign amman was that I had got in line at the number one bakery here in TO early in the morning to buy their stuff at a premium price and bring it home to share with my wife.

We were quite disappointed in it. I then wondered how hard it could be to do it myself and I found simple recipes on the Internet.

And so my baking adventure really began :)

Expensive stuff looks nice but doesn't have the flavour and texture. Most stuff in restaurants isn't done very well.

Sadly that means a "date" experience is a bit challenging. Last time, I made bread and we went out together to get some nice smoked salmon to put on it, then had a picnic. Which was like the very first date all those years ago when we had more fun anyway. :)

If you ever get a chance, Montreal has a croissant day. It's awesome to go across the city sampling croissants at a special price. My surprise favourite had a bit of a chew to it... it grew on me with every bite and that's the one I still remember.