Goodbye to our Assistant Manager

Goodbye to our Assistant Manager 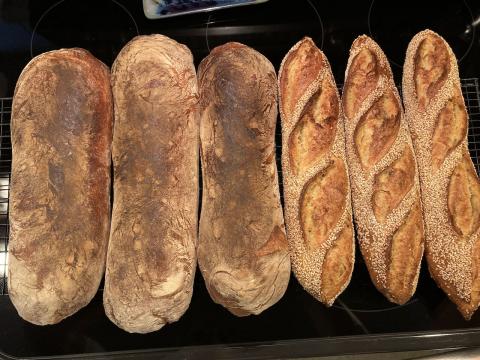 Our building's A.M. is retiring at the end of this month and we wanted to give her something to take home in the most alfanso way.  Sesame Semolina and Ciabatta. 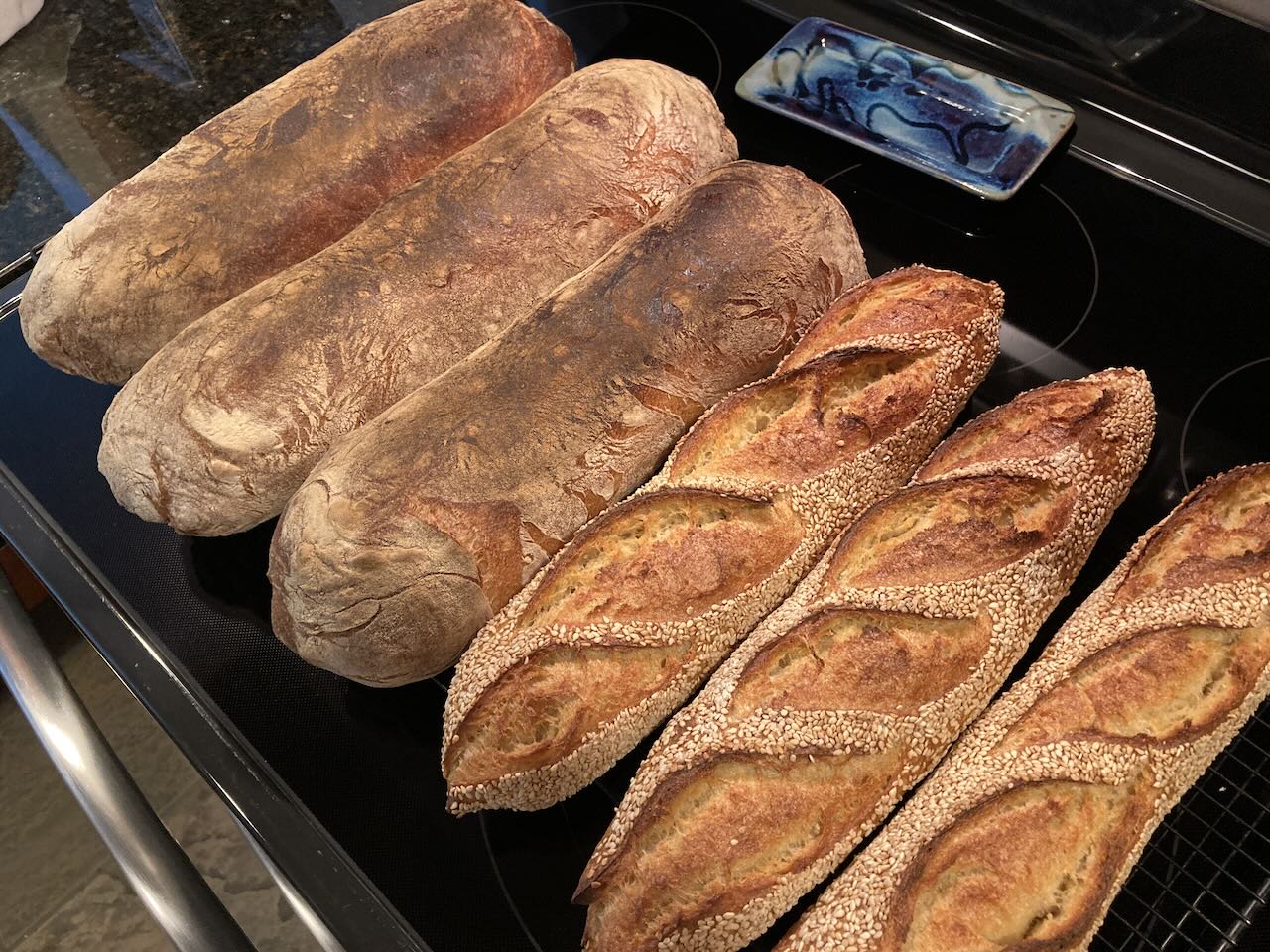 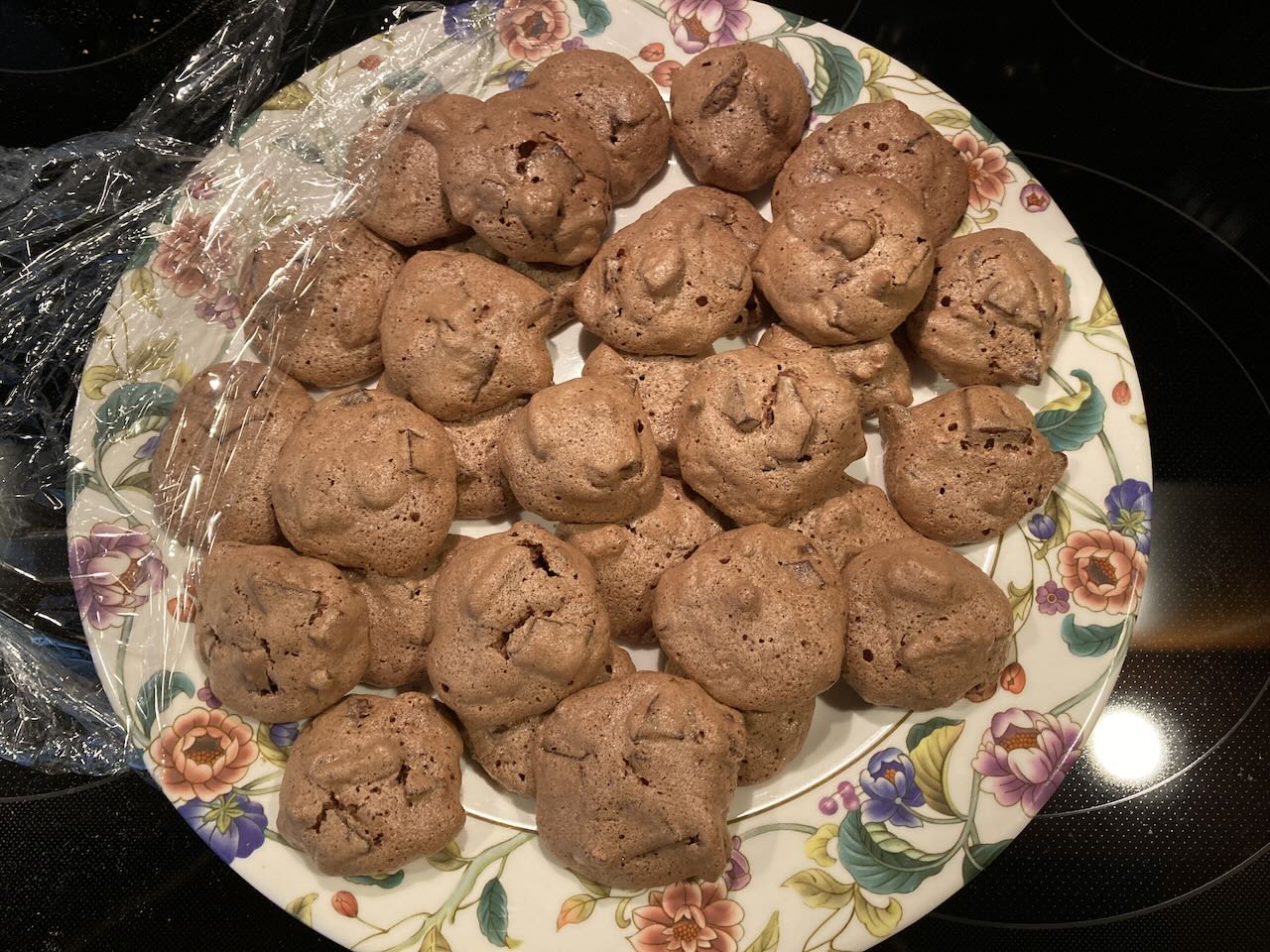 Someone recently posted about their woes with their ciabatta having too much raw flour on them post-bake.  It doesn't have to be so, as can be seen on both the topside and underside.  I suspect that the OP is completely over-flouring them after the bulk ferment has completed. 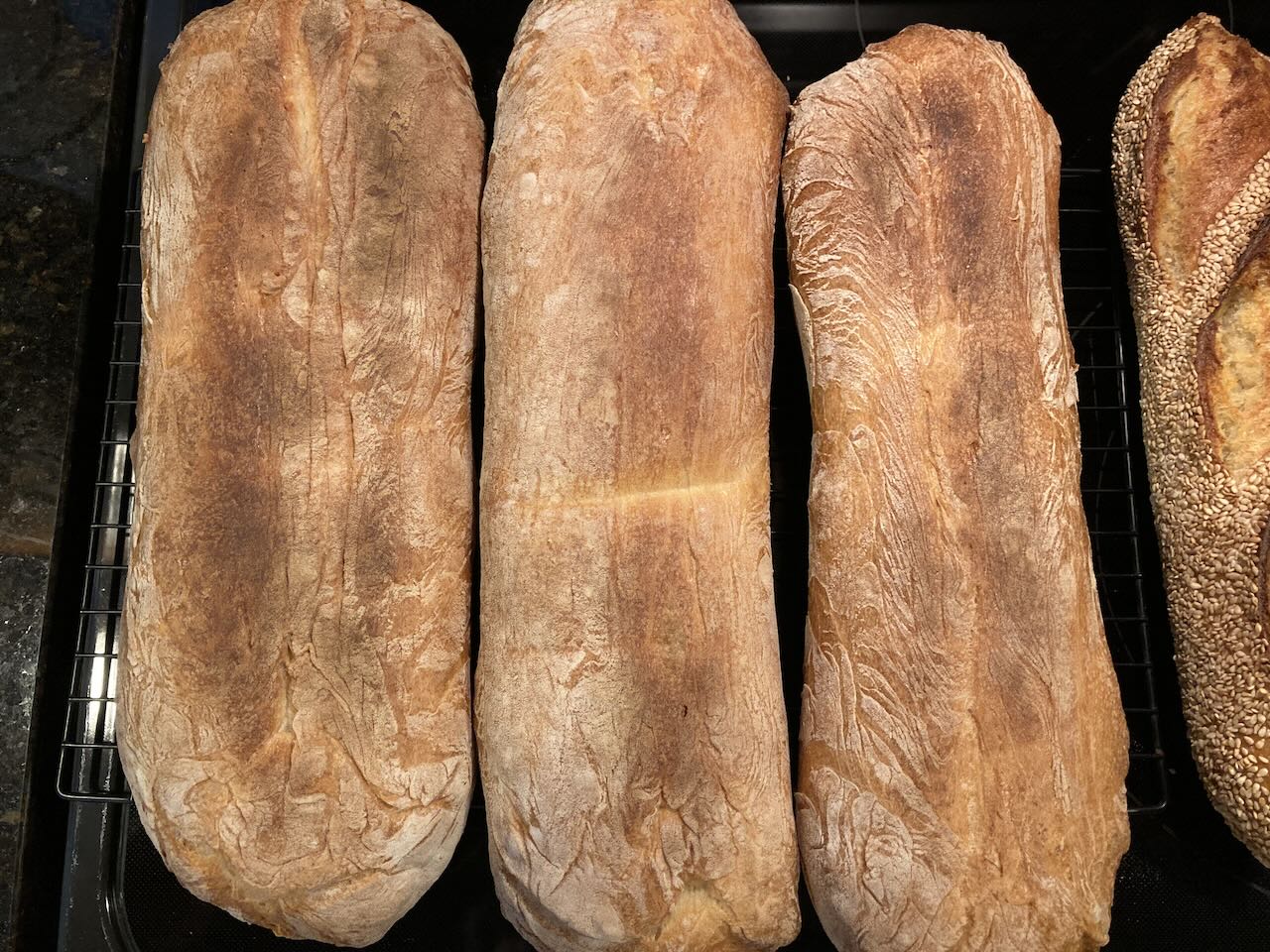 Isn’t she a lucky!  Having now had some of your biga ciabatta and had your wife’s orange chocolate chunk meringue cookies I can say that the baking coming out of your kitchen is just A+ in taste and appearance.  I can’t wait to eat at your bakery again.

a recent Covid test to enter Chez Alfanso.  I'll try to arrange for a tour with the head baker if he is available.

Looking forward to the next go-round too.  Maybe the stars will align a lot better than our last quickie meet.

I sure hope so, we’ll see you both in a couple of months.  We’ll certainly have a recent COVID-19 test since we need that to get into your country and we both have have our third shots.  Hopefully the baker is up for giving a tour of his bakery and a demonstration of his techniques.

Looks like a great day in the kitchen and a wonderful retirement gift!

And all the cookies.  Another set went to the manager and building's chief engineer to divvy up anyway they saw fit.  I told them it was a consolation prize for having put up with the A.M. for so long 🙄.  I'm working through the third set on a daily basis.

Yes, a fun bake stacking two overlapping bakes and the ciabatta prep all in the same few morning hours.  A great way to get in the habit of keeping track of things.

Nothing wrong in keeping the building management happy! 😉

How do you keep track of things with multiple bakes going?  I was able to do it this weekend, but there were a couple times when I had to stop and think about where I was at and could see how it would be easy to lose track.  Do you use a check sheet?

The semolina is a levain bread and I used a levain I'd refreshed a week or two earlier.  On Thursday I mixed and BF'ed the semolina dough in the afternoon, then off to retard for the remainder of the day.  Before I went to sleep I divided and shaped it and then back into overnight retard.  Earlier, ~ 10 PM  I mixed the 80% PFF biga knowing that it was approx. an 8 hr. rise, ready at 6-6:30 AM.

The key here is to not have an overlap of activities that concurrently consume too much time.  A little overlap of action is fine, because a few minutes here or there are meaningless - except during the bake, so that takes precedence.  If I'm supposed to do a fold at the 40 minute mark but don't get to it until 45 minutes, so what?  As long as I reset the 40 minute interval timer when if first goes off, or whatever task needs to be considered next and when.

I do keep the formula methodology steps nearby for occasional reference, but I've made these enough times to not be hung up on any of it.  The closest I came to concern was to have my couche dried and ready for the ciabatta.  As the semolina is a relatively dry dough that doesn't shed a lot of water on the couche, it was the obvious candidate to go first.  A scraping  off of the couche's flour and then hung it over the open oven door for scant minutes to help dry it off was all I needed.

Also, the ciabatta is a linear process time wise, so I had less wiggle room dealing with controlling the timings.

I know that I can easily juggle two, but it looks as though you were dealing with a third entity, thereby making the timings harder to consider.  But there's no substitute for time spent in service. And don't get too hung up on the little crap, it's just bread we're dealing with here, not world peace!

Three bakes, but done over 3 days, so only had two things going at a time for the most part.  Don’t know that I could have kept things straight with all three going at once. 😁

Had never considered cold retard after BF… That opens up possibilities…