This is a topic we have discussed frequently on TFL and the general consensus is that for those lucky enough to have an oven with switchable top and bottom elements, then the top element should be off for the initial steam phase of around 20 minutes. This is so the dough doesn't prematurely skin over and inhibit oven spring and ear formation.

Of course we are talking about open baking here without the use of a dutch oven or similar.

Idaveindy has always championed this advice and helped many a baker with oven spring issues.

I too have followed it with good results, but I was mindful of the fact that bakers with steam injected deck ovens don't do this - they leave both elements on all the time.

So, as Danny (danayo) would say "Enquiring minds want to know" and I decided to try an experiment.

I heated up the oven to 225C on fan/convection with bakestone in and then switched to top and bottom heat. I gave a quick presteam with my external pressure cooker steam injector and then put the loaves in. I gave a good intial blast of steam and then trickled steam in for 3 minutes.

I vented the steam after 20 minutes and baked for another 20 minutes. The result was pretty good: 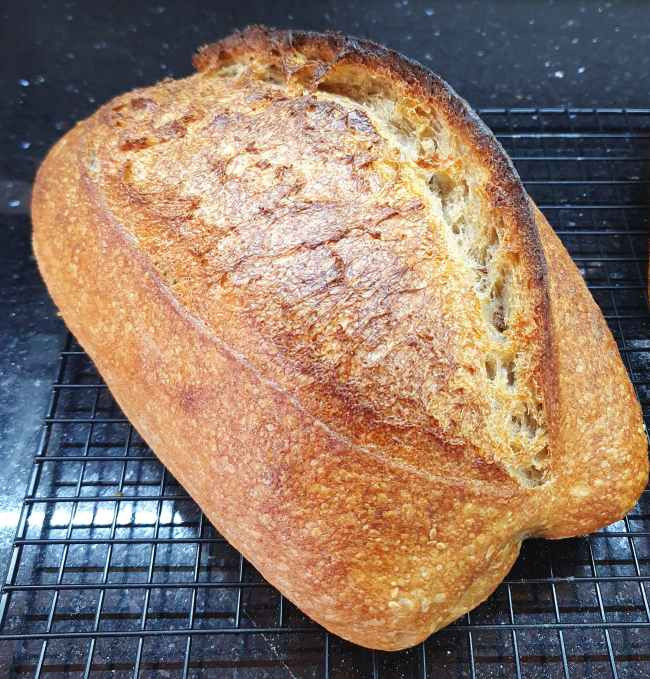 I will probably carry on with this method, but for most, it's probably still best to switch off that top element for the steam phase, or cover it if you can't.

It is nice to have this option, as my oven only has the heating element on the top. I think the steam will only be effective if it is on top of the bread. I bake with a steel plate that covers almost the whole rack, and below I have a huge cast iron pan where I dump boiling water into before the bake begin, which does not seem to be effective as the steam can't get pass the steel plate to get to the top of the bread. I think I am gonna try to use a smaller cast iron pan that is placed on the steel plate right next to the bread to see what happen. I don't like baking with a Dutch oven approach if I can avoid it.

Or could you cut down that steel plate (or get someone to do it) to give more of a gap?

I could get a smaller plate, that is not a problem, but point was that any steam applied below the bread is not very effective in my opinion. Actually, for my large steel plate, there is a small gap on each side and a big gap front and back so it is not like it is completely sealed.

You could also look at the steam pods used in the Rofco - they are more of a long trough, so take up less space. I'm sure people have made copies.

Those steam pods look interesting. I think a cast iron pan with some lava rocks work well to create some steam, it just needs to be placed at the right location to be effective. Thanks.

Great bake Lance and great that you tested this.  But of course for many home bakers we don’t have a well sealed oven and don’t have the ability to inject a ton of steam into it like you or Dan.

I will be building a steam injector this weekend inspired by you and Danny. I placed an order last night from Amazon for a pressure cooker, valves, fittings, tubing, etc. and can't wait to build it up. I will be using a ball valve for this first build as those stainless needle valves were very expensive, which I would get one after I get everything working. Brass components were much cheap but I decided to stay with stainless to be safe. Thanks.

Let us know if you need more assistance. You may have seen this long thread on the Franken Oven, if not, it may help you. And here is an earlier thread covering the pressure cooker, though I've done a few mods since, including a 5psi pressure relief valve to ensure the delivered steam is never above this pressure.

Thanks Lance for offering of help, I will definitely inquire should I need more info. Pressure cooker arrived today but the rest of the hardware will arrive sometime this weekend. Now I need to decide where to drill, there is a safety plug which I don't think I need that I would like to remove and drill but it sits too close to the center relief plug so I will have to wait for the bulkhead and valve to arrive to make some precise measurements to know for sure. Can't wait to get my tools out and play like a kid again this weekend. 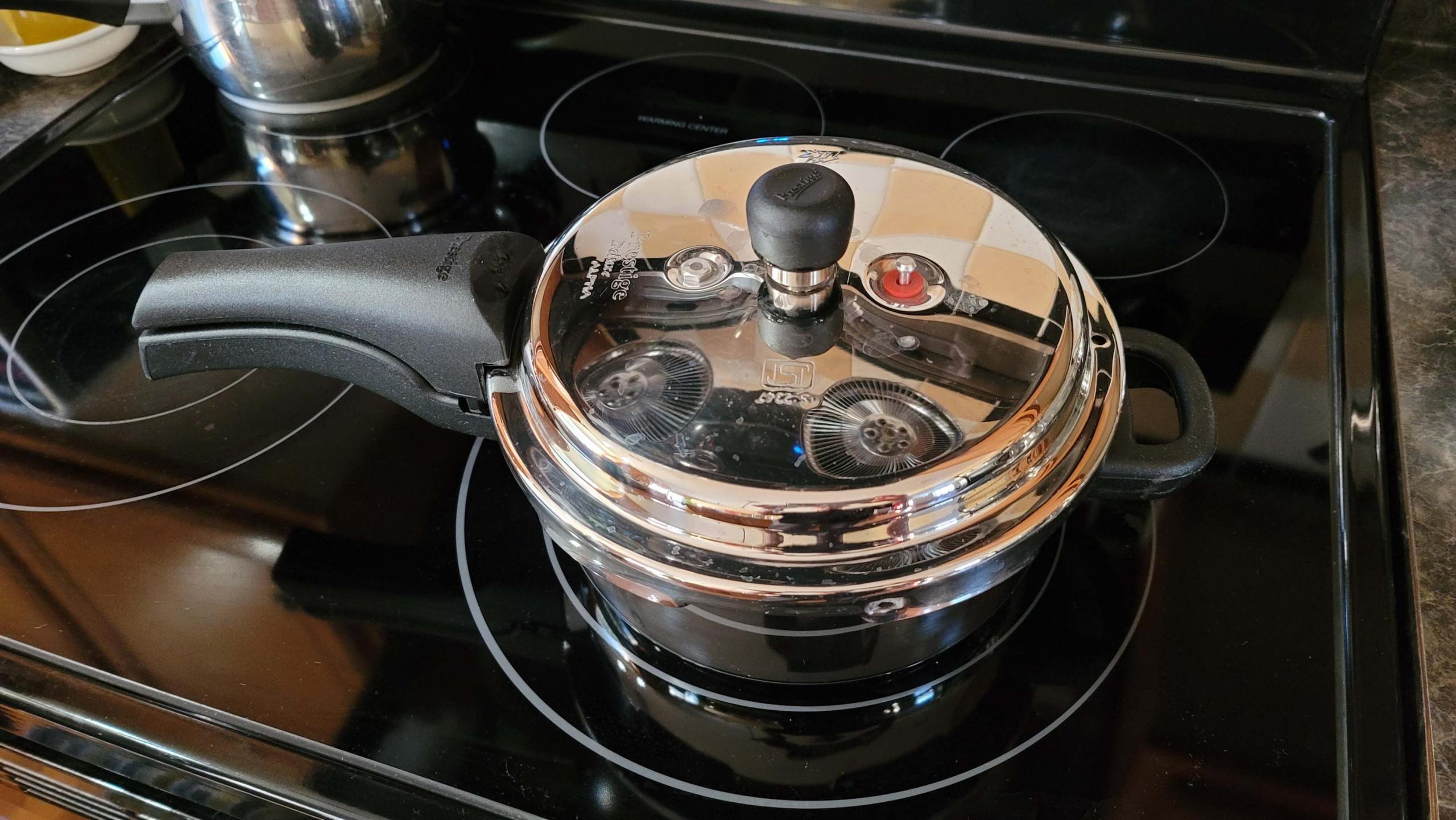 Be careful what you remove.  You need to keep the primary pressure control device - usually the jiggler/wiggler and the overpressure device, which can be a fusible plug or blowout plug.

There will also be an air removal device which is not needed, although sometimes it is combined with the overpressure device.

Thanks Lance for the tips. There are three fittings on this PC, a center pressure relief valve, a pressure indicator, and a blowout valve. This is the first time I see a manual pressure cooker so I hope I identify these things correctly. The blowout valve was the one I thought about removing and replacing the hole with the bulkhead as I don't think I will ever get the pressure up to a point where it can be dangerous. I might leave it alone for now and drill a new hole for the bulkhead. Ideally, I would like to install a pressure gauge so I know precisely what pressure is in there and I am not sure I like those visual pressure indicators.