Today i did something i haven't done for 50 years i made some Horse Shoe rolls. Recently i was asked if i might be able to assist the Melville Historical Society with making some loaves to be used as props in their display at Millers Bakehouse. i am hoping to do some loaves later in the week with my friend Nick Agostino from Il Panino Bakery at his Maddington bakery, the ones that are from the era before sliced bread Uprights, Devons, Cobs and Viennas. Anyway i noted that many people in their recollections as kids of Millers Horse and cart delivery was being given the odd Horse Shoe Roll or two on his rounds. So i thought lets make some of those at home. What i have to do tomorrow after drying the rolls out in a warm oven is to seal them with a coat of laquor and then apply a few coats with a brush to preserve them., and they last for quite a few years apparently. 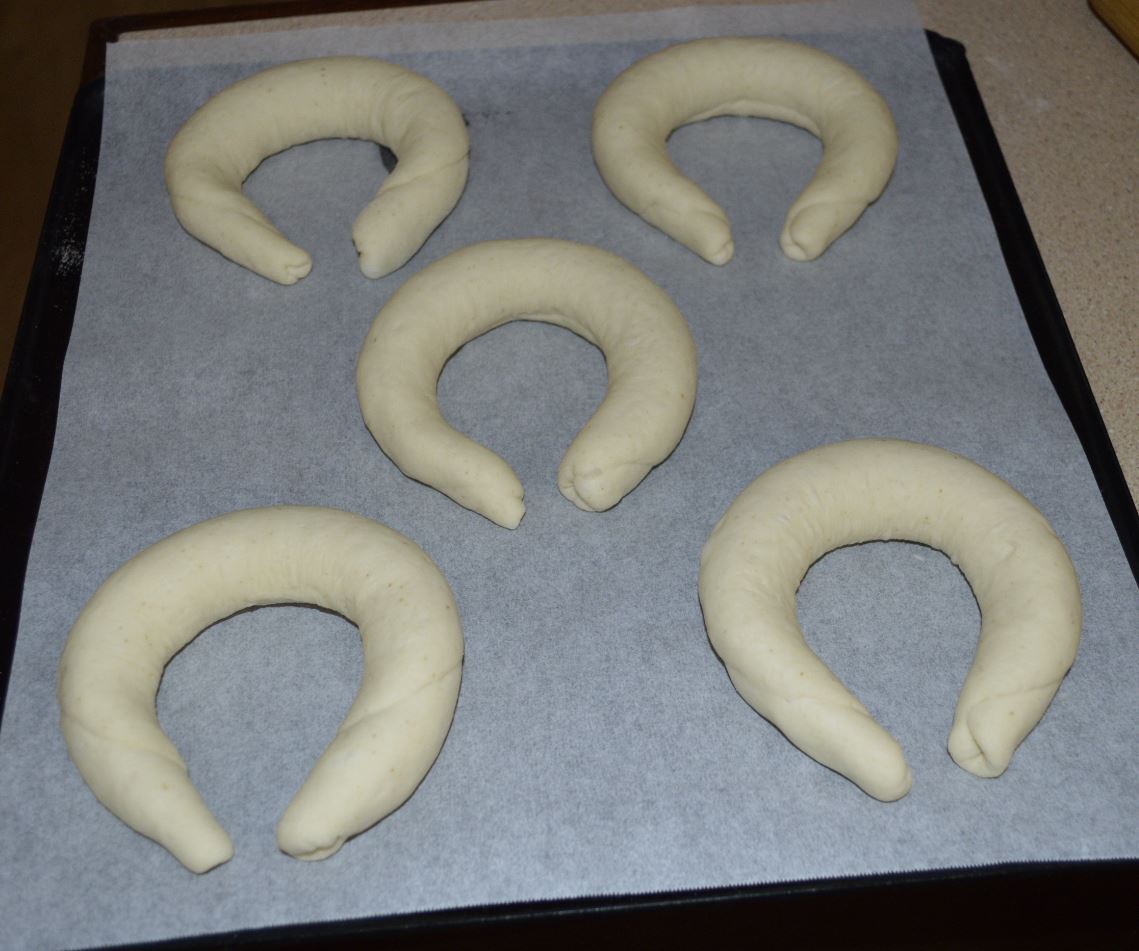 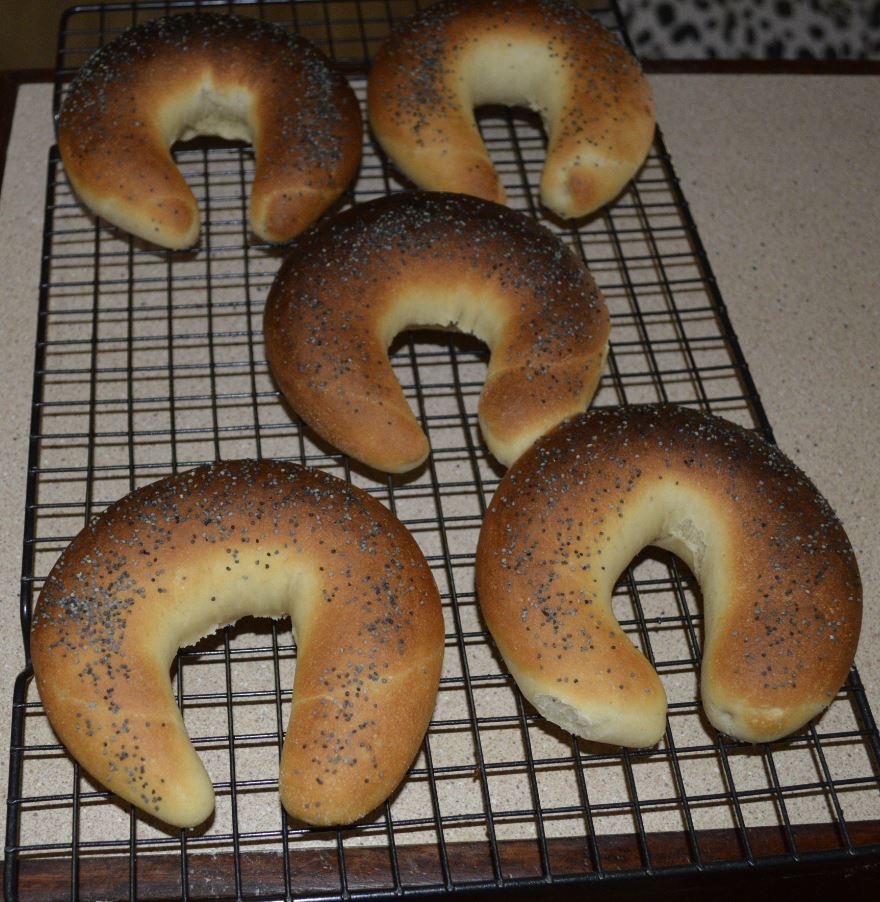 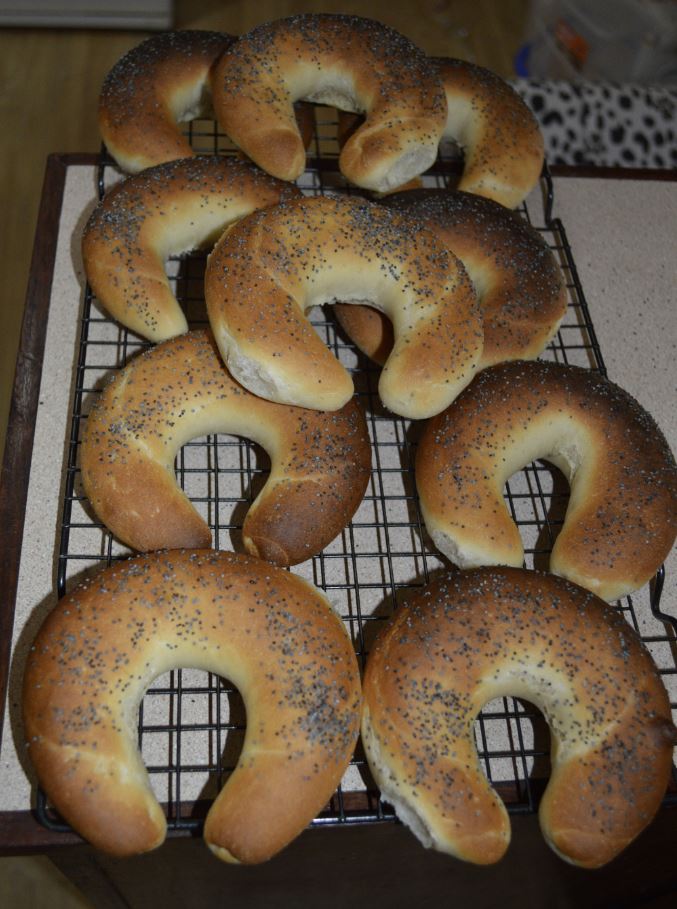 Love this. My grandfather was a farrier/vet. He was in the 13th light-horse battalion. His family was blacksmiths and farriers. I remember going to his blacksmith shop and watching him forge horseshoes from scratch and throwing red-hot shoes with his hands into a drenching bucket nearby. Awesome! How hard would it be to fashion some square holes in the dough to replicate the horseshoe nails? Great work.

Derek you’re always coming up with such interesting shapes of breads I’ve never seen before.  I can’t say that I’ve ever seen horseshoe rolls in Canada at any bakery.  Very nice!!

These were hugely popular when i was an apprentice  and  woe betide you if you got slack with the placement on the trays  They were the rolls most often used for lunches and came tumbling out of the rollers to be rolled in poppy seed or sessame seed, i replicated that by pinning out the dough pieces which in this case were 100g  and rolling them up like cigars.

Gavin would know this we often refer to our fellow Australians that come from Queensland as BANANA BENDERS because they grow lots of bananas in that tropical north, So i reckon they would be good at shaping these.as they have done such a good job with the bananas.

Might be a good one to try out on your work colleagues and neighbours if they haven't encountered them before .