Followed a very similar procedure to the recent seeded whole spelt bread I posted, again following Rus Brot's process: I took his recipe for whole wheat bread and added seeds. The dough was super slack after the final mix, so I added a little extra flour, but still it was weaker than I would have liked. But baking in a pan solves this sort of issues! Here is the formula: https://fgbc.dk/1p57

I used 1:2 ratio of linseeds and sunflower seeds. Again, I think the mucous produced by soaking linseeds caused overhydration a little, and made the dough more slack... I should have learned my lesson from the previous bake with spelt. I also sprinkled pumpkin seeds on the bottom on the pans before adding the dough, and sesame seeds on top of the dough. Made for a very tasty bread full of nutty seeds. 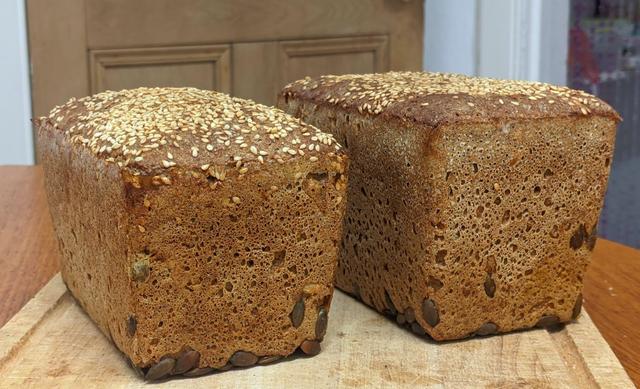 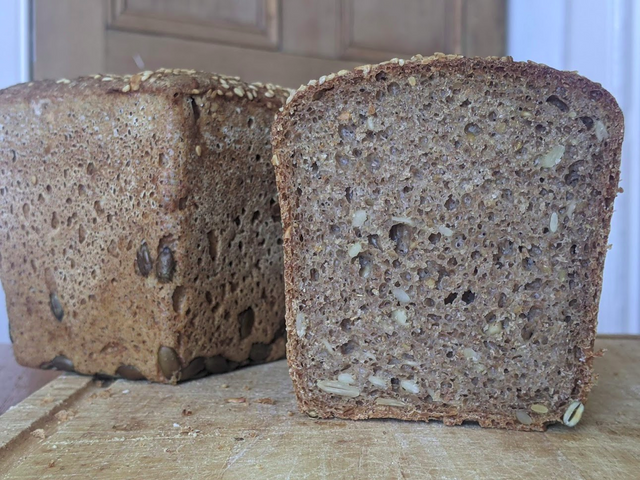 Beautiful even crumb perfect for sandwiches.  Interesting that you put pumpkin seeds on the bottom rather than in the loaf or on top, what was the reason for that?

Thank you Benny! No special reason, just thought perhaps they would stick better below under the weight of the dough rather than on top (and large seeds tend to not stick as well in general). They still get toasted from the direct contact with metal I think, and using both surfaces allows more seed coverage. I imagine with a not non-stick pan they might help to release the bread easier, btw

Very nice and I bet tasty. What size loaf pans are they?