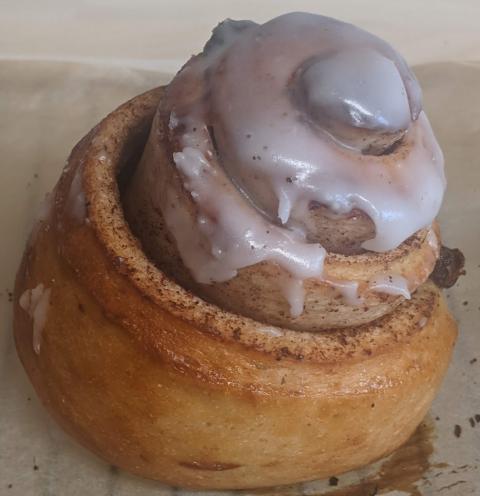 Wanted to try something enriched with CLAS, and followed Rus Brot's interpretation of a 1940 Russian recipe for schneiken, meaning "snails" aka rolls - originally German in origin, as you might have guessed. Here is the formula with minimal instructions, since the video is only in Russian: https://fgbc.dk/1ofj

It's a very fast dough since it's based on CY, and yet CLAS adds the touch of acidity and complexity. Can't really say how it compares to traditional SD or just CY, but they are good like this, despite my rolling them out too thinly which caused a slightly towering look instead of more flat and thick rolls.

Here they are just out of the oven: 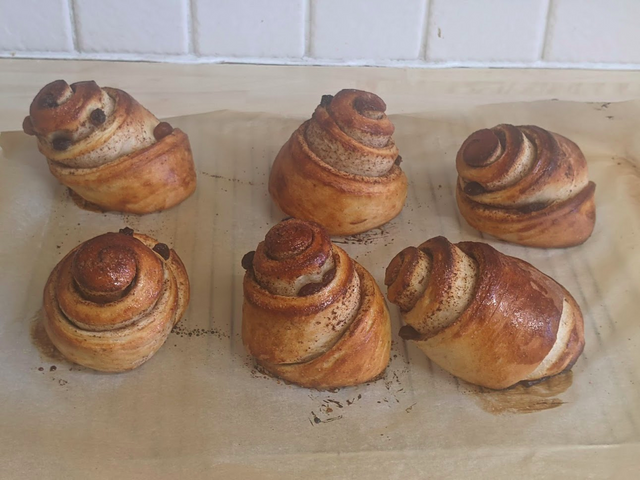 And this is one of them after covering with some sugar glaze: 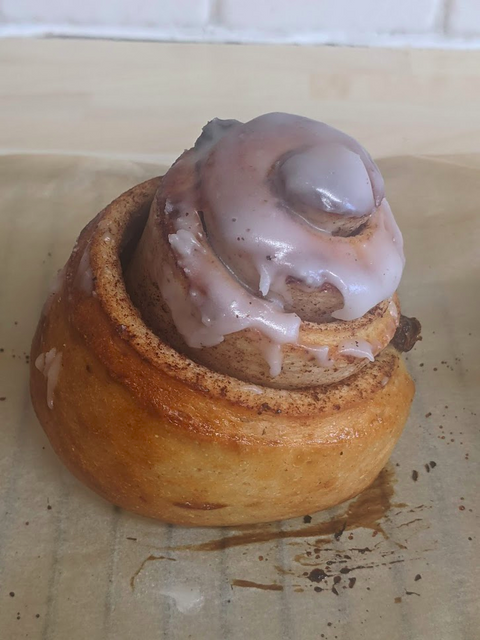 The bottoms burnt a little bit, probably because I have a steel instead of a stone, even though I used 10°C lower baking temp than in the recipe. And they bake super quickly, in around 10 min!

Thanks! They should look a little different, but I'm not complaining :)

They do look like tasty snails Ilya.  It seems that you’ve taken to using CLAS quite well and it seems like a good technique especially for enriched doughs which can be super slow to ferment.

Thanks Benny! I'm still learning about CLAS, but so far I haven't been disappointed. It's tough to make a decision to fully switch to one or the other without doing a direct side by side comparison, which is too complicated in a home kitchen... And since I essentially never baked with CY before it's also a little new for me, I don't have an intuition regarding rising times with different amounts/temperatures, for example.

But you are right, for highly enriched doughs (which this one is not, actually, would have been fine with SD too) this will be amazing. Anything you can leaven with CY, but with the added benefits of sourdough.

That's what they look like to me. I'm sure they're tasty because Rus's recipes never disappoint. Thank you for sharing a recipe originally written in Russian. Not knowing Russian, sometimes Rus's recipes can be too complicated to understand just by watching his videos.

Haha I should have soaked the raisins in booze instead of water :)

And also let me know if you are curious about any of his recipes, I'll be happy to translate! I was also thinking to add at least a brief description in English to the recipes I am baking and posting here anyway, as comments to his videos.

came out in English but I find no cinnamon in the recipe. I guess you use what you like and put it in the filling?

The original recipe is in Russian on YouTube, and indeed that's why I shared the brief English version. And there is no measurement for the cinnamon, so I forgot to include it there! You cover the rolled out dough with melted butter, sprinkle cinnamon to taste, and then add raisins. But also, of course you can use anything else you want. I forget know, he actually suggests something else as an alternative filling in the video...

Butter makes all the coils separate and slide, which might explain the neat shapes.

What would you use?

and a dusting of cinnamon, and that is pretty much all but sometimes grated apple or pear (or thin layer of fruit purée) sometimes chopped nuts.

I put the butter in the pan and brush melted on top to keep the dough moist, sometimes I use whole milk or cream on top for the final rise.  Play around and have fun.

I see! Are they still easy to unfurl by hand when eating, when there is no butter? In this recipe there is way less butter in the filling than in a typical cinnamon bun, actually, a very thin layer.

Brushing with melted butter, or other dairy, sounds good!