TFL'er Wish List bake #6...  Followed this one pretty close with a couple small deviations and one addition.

I used a RYW and SD culture combination for the initial levain and then RYW instead of water in the 2nd levain build.  Other than that, the only change I made was adding some Vegemite.  Gave the bread kind of a French Onion soup smell while it was baking.

Like Danni3ll3, my final mix turned out really sticky and the dough was slack.  I had no free water in the rice in the morning, so I'm wondering if the high humidity we had this weekend has made my flours a little less thirsty.  I dropped the target hydration to 68% from 70% (excluding water in the rice), but that wasn't enough.  I ended up at 65% with the 25g of extra flour added.  Firm enough to work with, but I wasn't confident enough to make it a free standing loaf.  I think it would have puddled.  It turned out great as a pan loaf using my Pullman without a lid and baked in my large turkey roaster with steam for the first 18 minutes.

I rubbed the Vegemite into the flour similar to rubbing in butter.

Crumb turned out nice and moist.  Definitely on the custardy side, but not chewy. 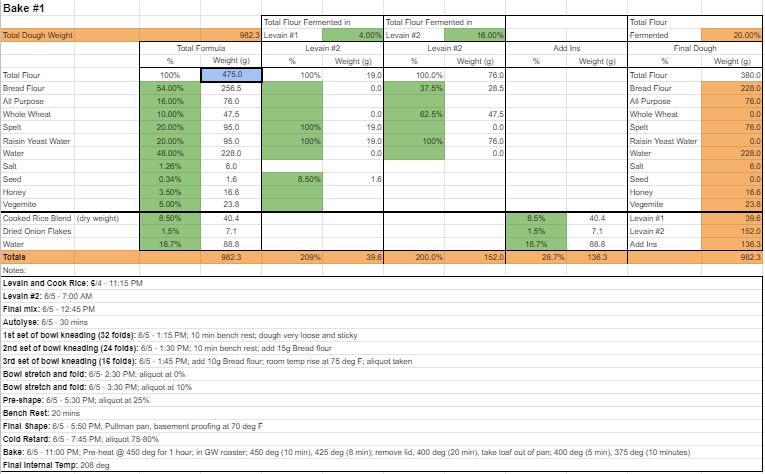 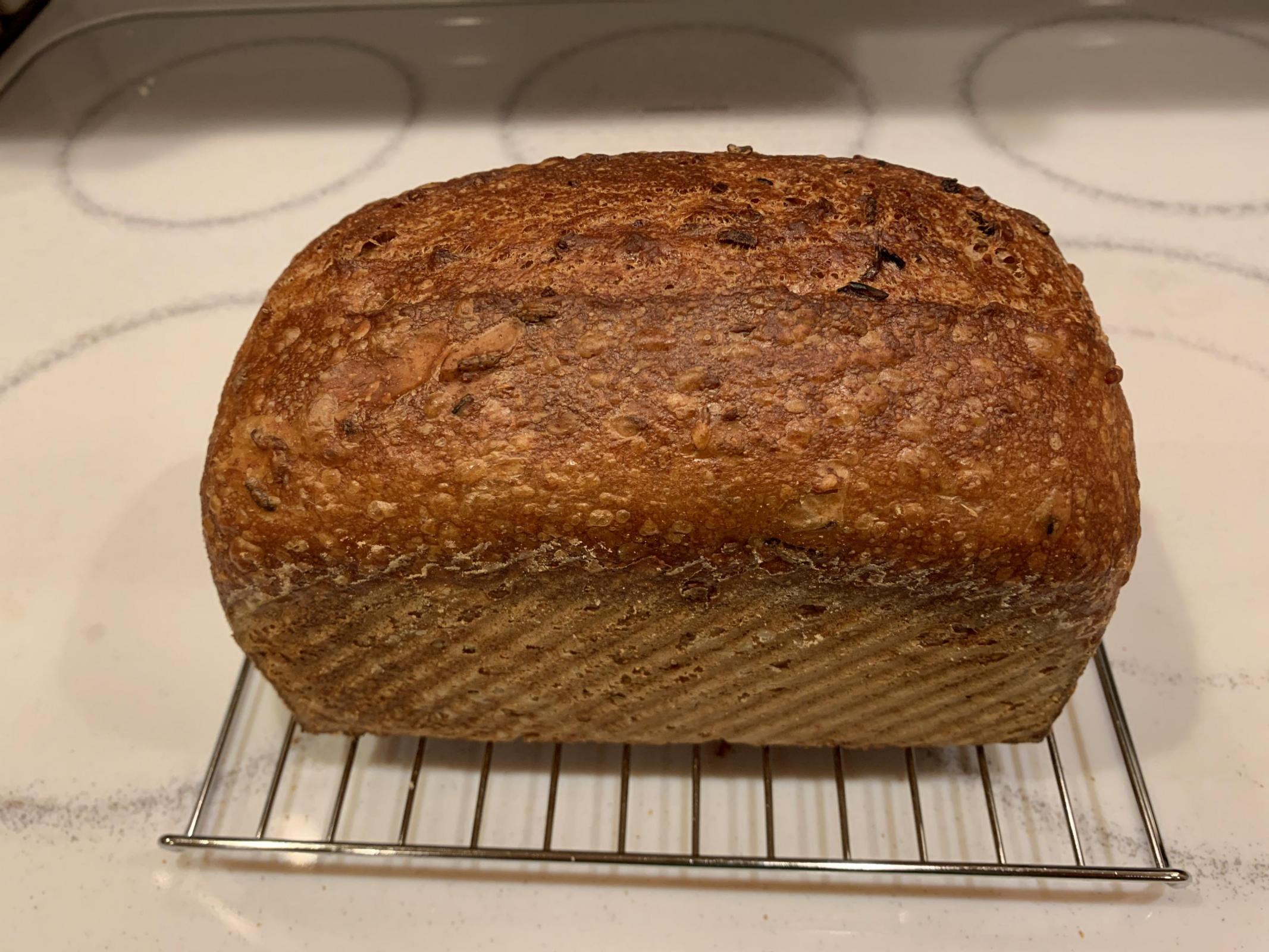 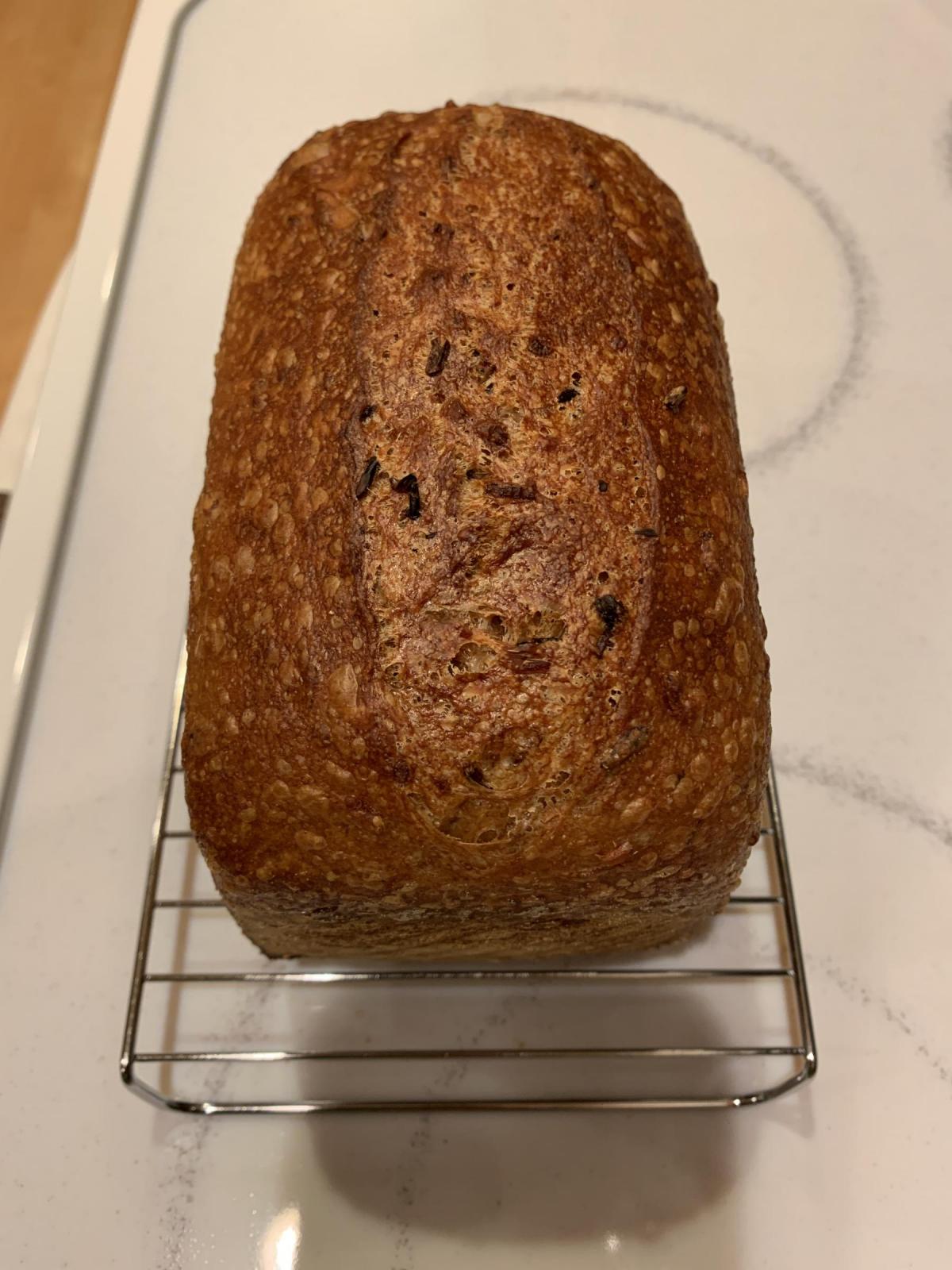 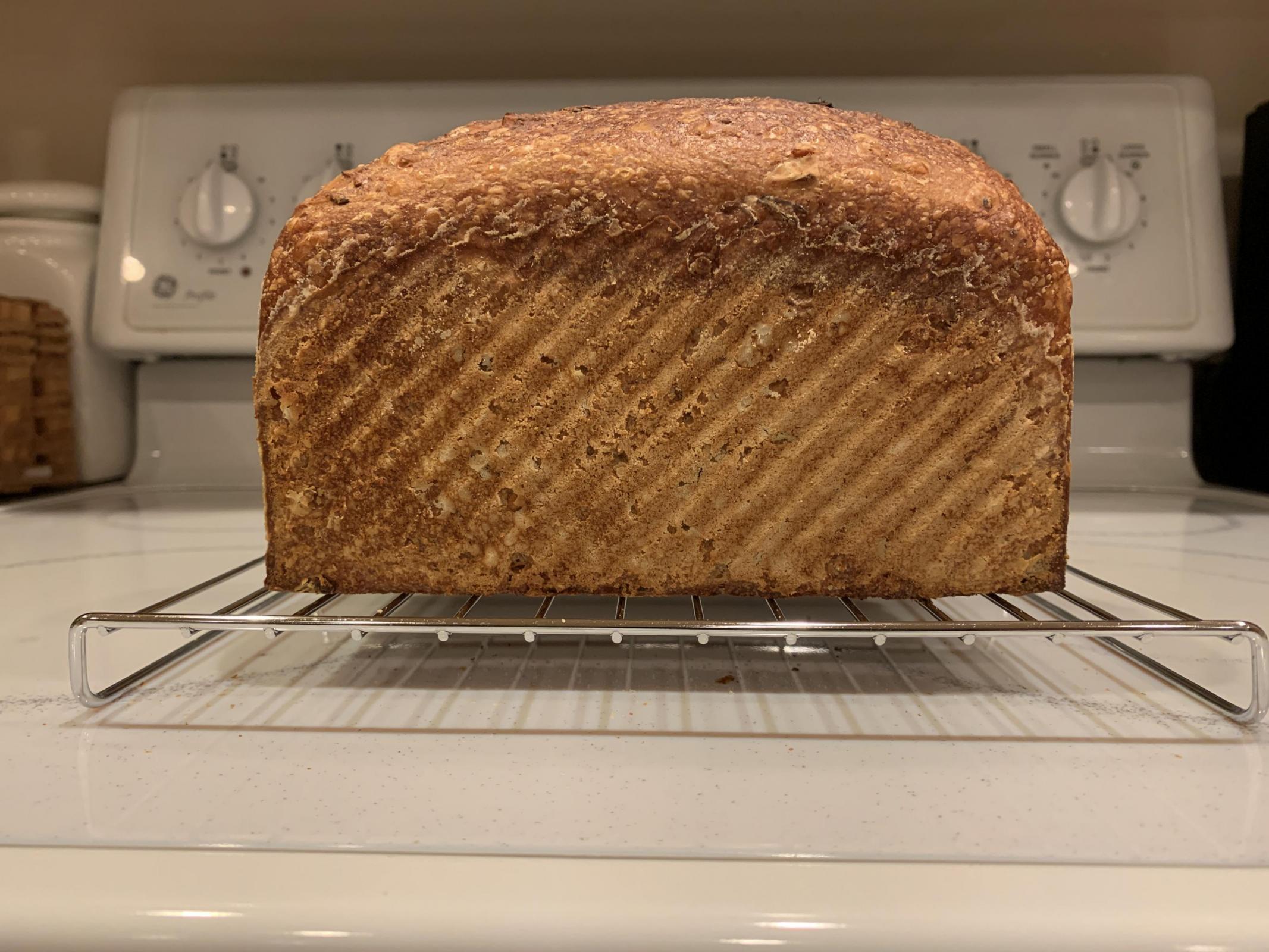 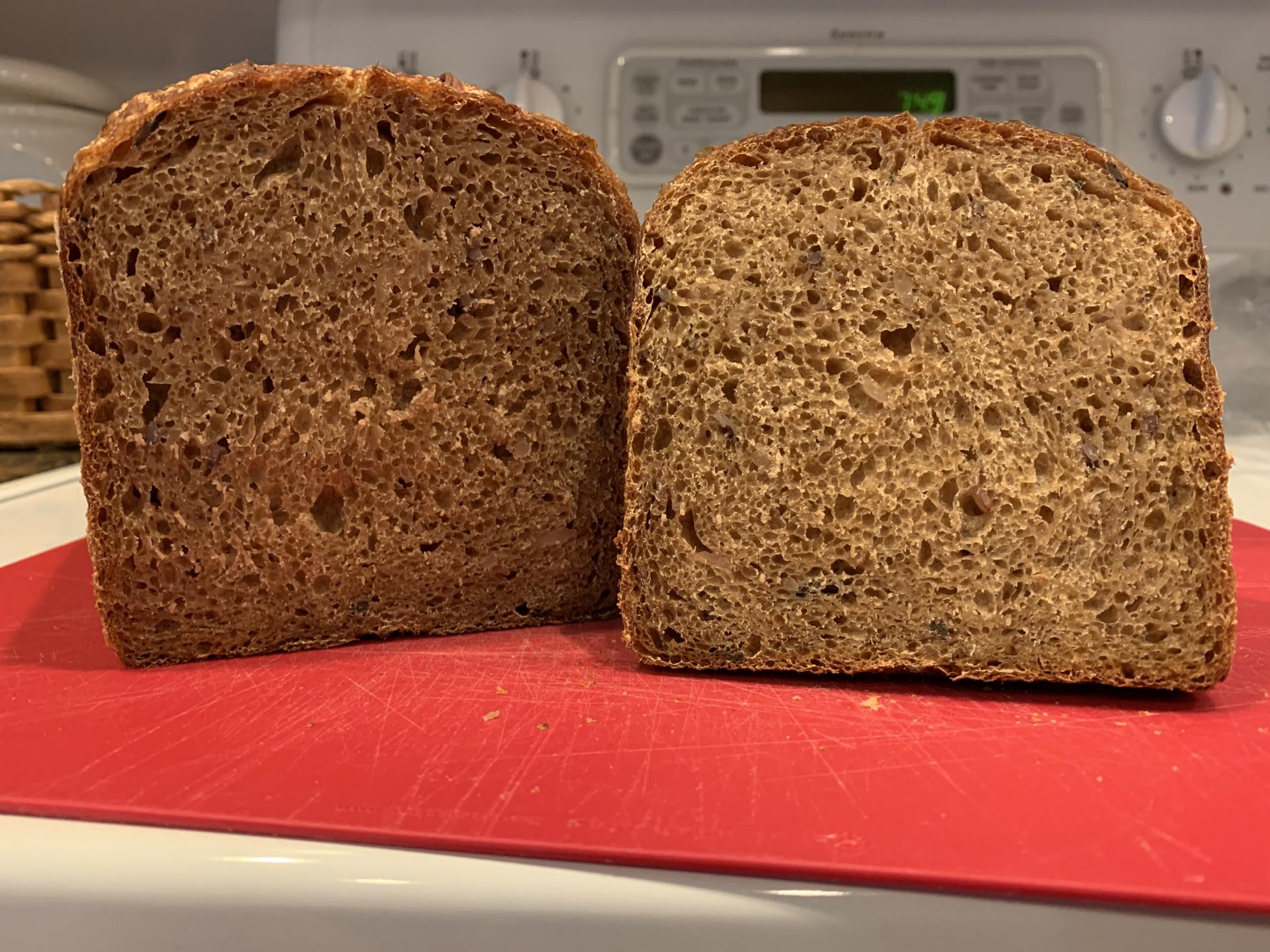 You have VEGEMITE?!?!? 😲 Where did you find it?! I lived in Oz for a little while and loved it! Have been leary of ordering it on Amazon, some food items are not as advertised or come past their use-by date.

Okay, now I should actually look at your bread, lol, I totally stalled out at Vegemite. 😂

I did the Amazon order.  Product came in fine.  Wasn’t past expiration, but wasn’t too far from it.  😉

First sandwich I made was grilled turkey and cheddar with a smear of vegemite.  I do like it with butter on toast though too.

Beautiful crust and crumb,and sounds very tasty! Be sure to toast a slice have with butter and a bit of the Vegemite, lol. 😉

Looks like a tasty loaf Troy, I’ve never tried or seen vegemite before, no idea what it tastes like.