The list of bakes from other TFL'ers I want to do keeps piling up, so I decided to start trying a few of them.  First up on the list was Benny's swirl milk bread.  Didn't execute it as well as the master, but didn't come out too bad for the first attempt.  :-)  Followed the method exactly as outlined in the post link below.  Only change...  I did not have black sesame seeds, so opted for black chia seeds.  I couldn't find a purple sweet potato, but I found a Garnet yam, and the color from the yam held nicely.

Overall, the bake went well.  Had a bit of a blowout on one side.  Looks like I might have rolled the white dough a little too thin in that spot.  The only real trouble was the chia seeds.  I didn't realize how much water they absorbed, and I only had about half of them in when the dough became unworkable.  I started to add water back in, and then realized that chia seeds are "mucusy" too.  Turned into a slimy mess.  But...  slowly but surely got enough moisture back into the dough to make it pliable and workable.  So, my black is more of a charcoal gray, but the flavor is good! 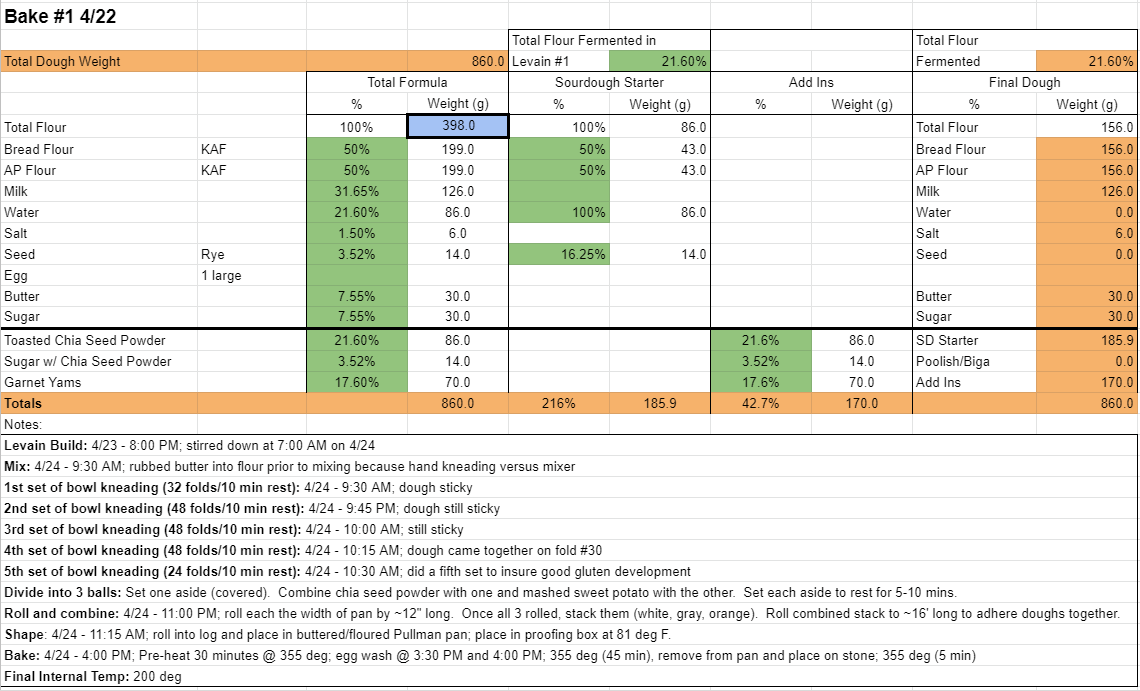 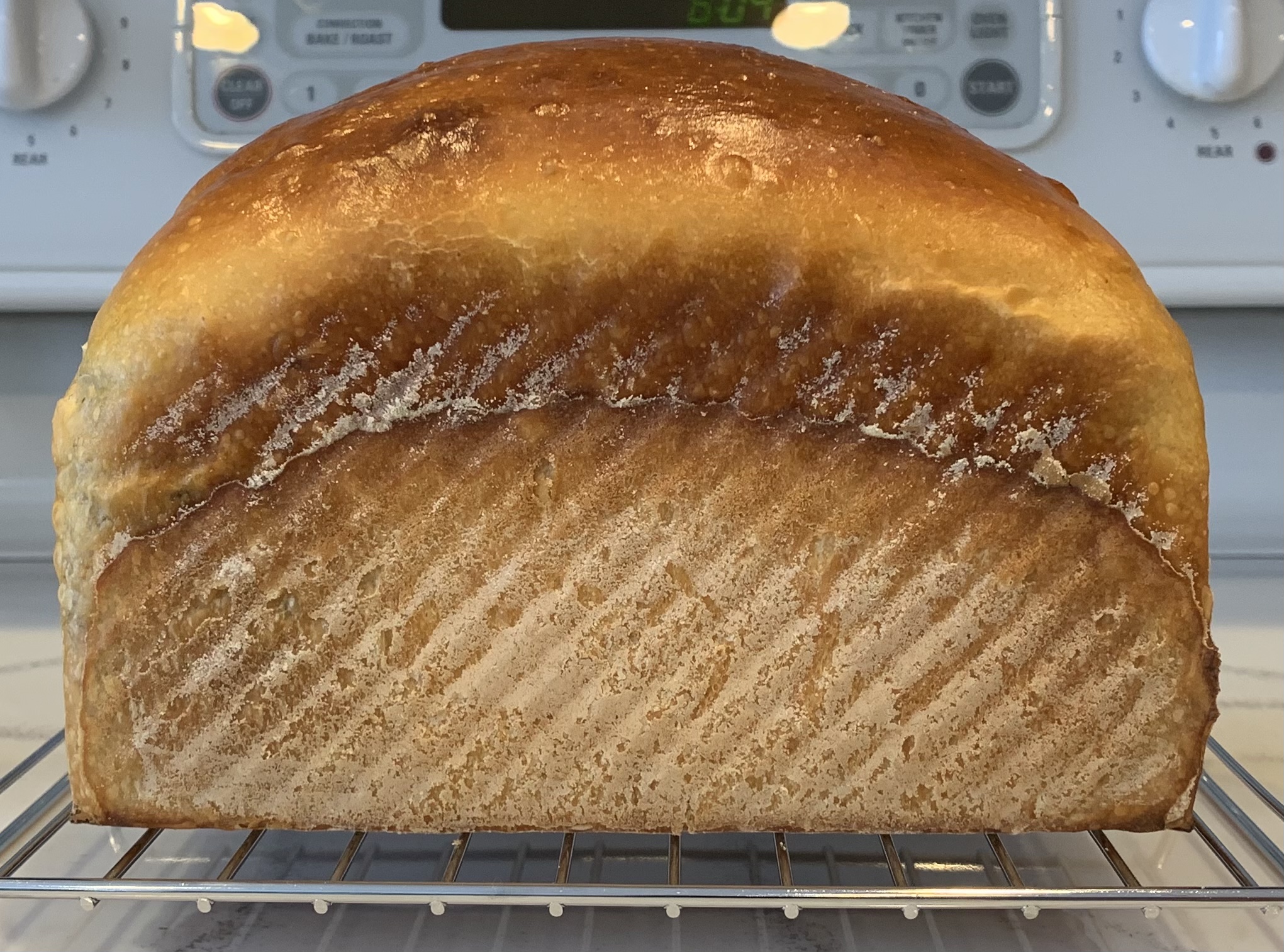 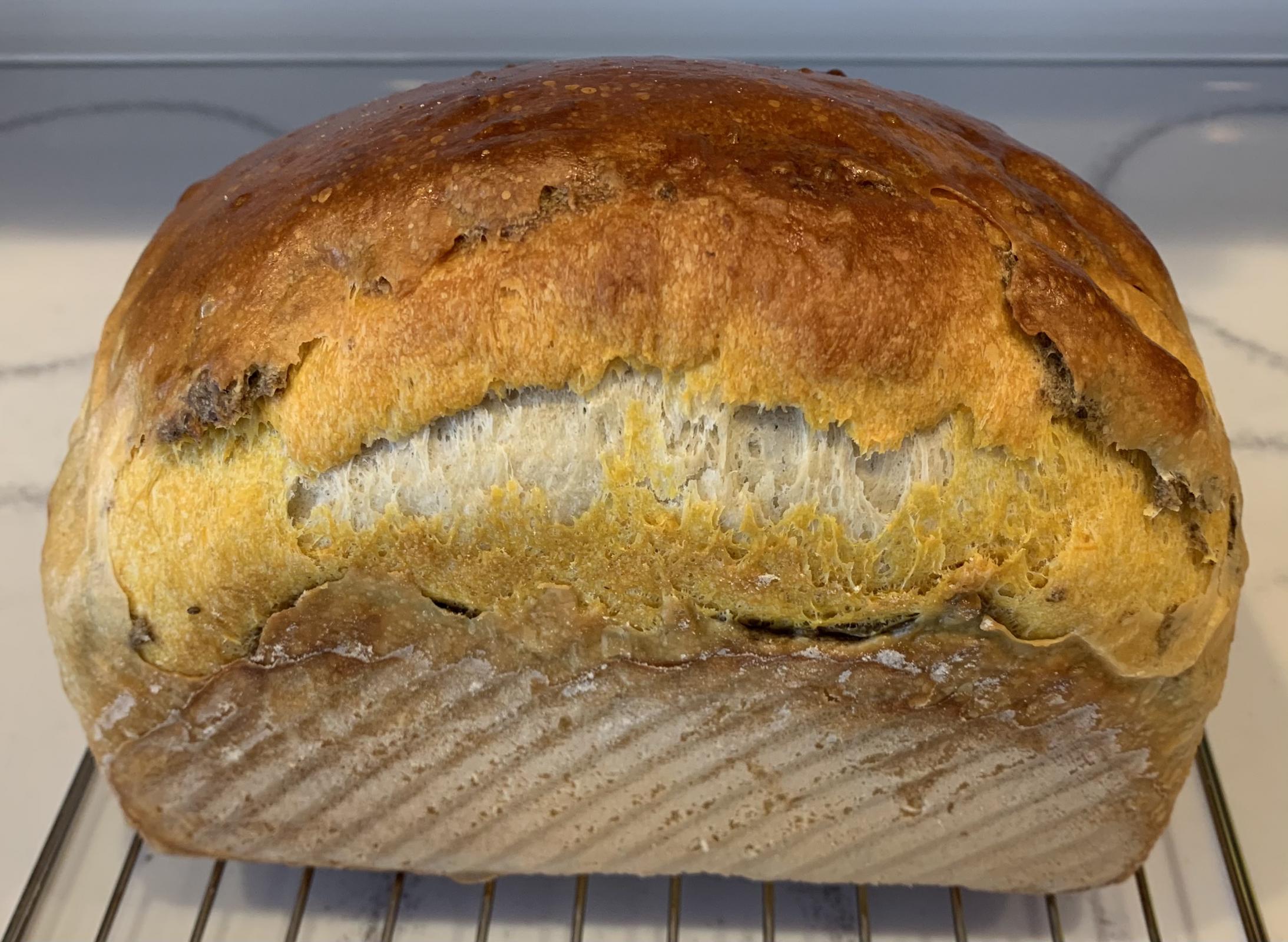 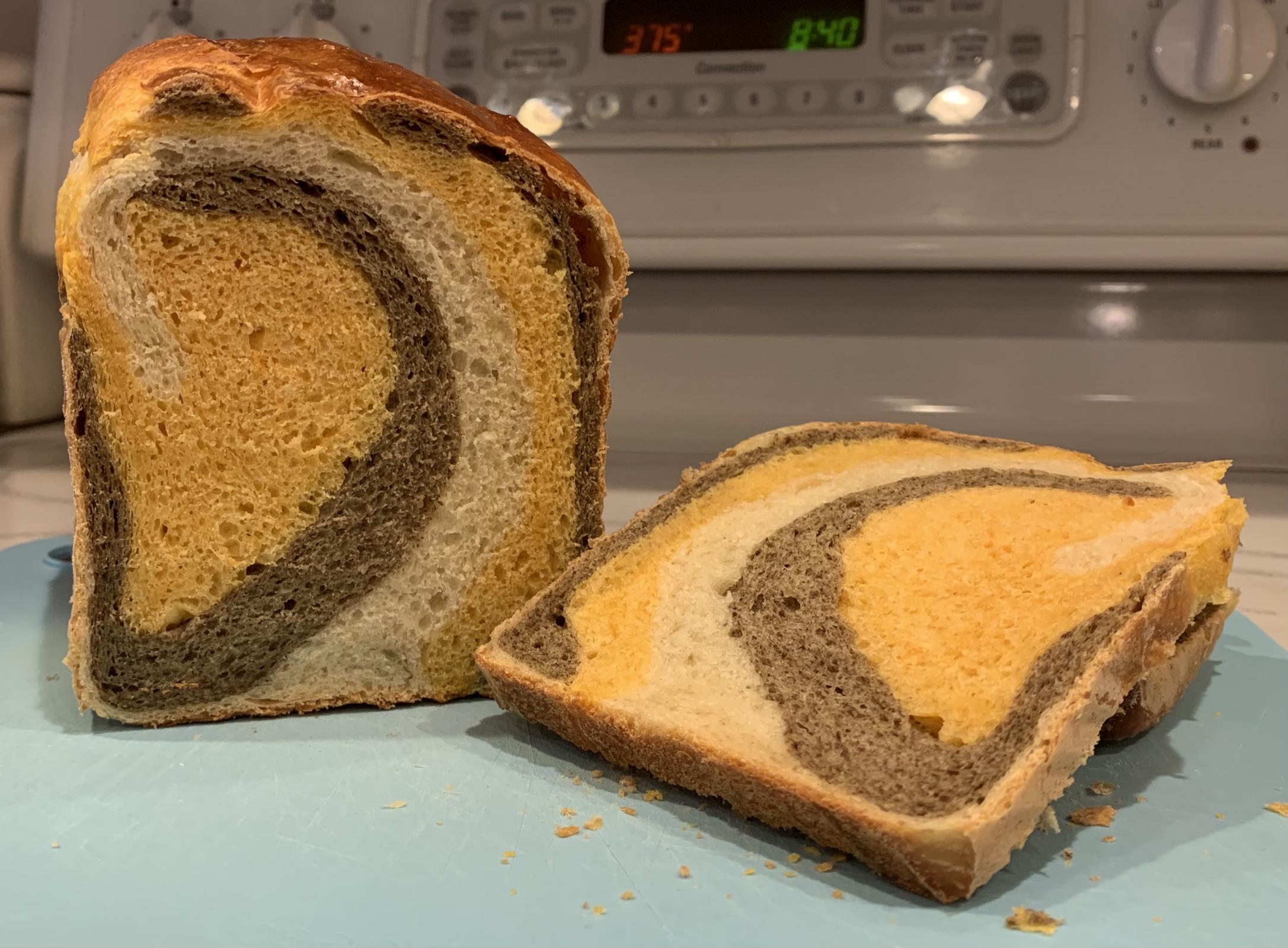 It may have wanted just a bit more time in the final proof to avoid the tear along the side but I'd be willing to claim it, any day.

Did you grind the chia seeds?  Did the flavors work well together?

Thank you Paul.  It was a fun and challenging bake.  Working in the sweet potato slowly as Benny recommended in his post is pretty key.  The moisture in the potato will really hydrate the dough.

I ground the chia seeds in a whirly coffee grinder after toasting them.  The flavors do work well together (was surprised that the toasted chia reminded me of toasted sesame), but if I were to do it again, I’d definitely make the chia powder into a paste before working it into the dough.  I chose the chia seeds for aesthetics, but to avoid the sliminess, I might just use regular sesame seeds.  Get the flavor but no color contrast.  Function before form.  😁

Well done Troy, better than my first attempt.  I’m sure if you decide to make this again the next one will be perfect.  As you’ve already said to me, it could have proofed longer and then you would have avoided the very small blow out which in reality doesn’t take away from your beautiful loaf.  The garnet sweet potato colour is lovely as is the chia seeds.  You did well rolling with it and dealing with the hydration challenge of the chia seeds so your baker’s intuition is working well!!

Are you pleased with the flavour?

Thanks Benny.  I had fun with it.

The flavor of the bread is very good.  The chia seed is there, but kind of mild.  That’s probably because I could only get 1/3-1/2 of the 86g into the dough.