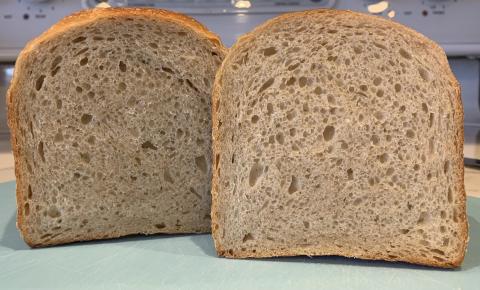 Had planned to try a white sandwich loaf with 10% barley flour today, but my copy of Rheinhart's "Whole Grain Breads" arrived yesterday.  Skimming through it and his section on mashes caught my eye.  What could make better mash than barley?  :-)

I've been messing around with using RYW and mother starter for my levains lately, and I continued that with this one.  I also added some juiced up RYW to the final dough (40g refrigerated RYW with 1g brown sugar added and then let come to room temp).  For the mash, I prepared per Rheinhart's method (I did not add the diastatic malt and increased the flour by that amount).  My initial hydration was 230%, but I lost a little due to evaporation.  I weighed the final mash and subtracted the weight loss from the water to get the final mash percentages.

I used the simple pan method and immediately moved to shaping after a long, slow gluten development.

The bread smelled like beer throughout the first half of the bake.  Very easy to recognize!

After the first 10 minutes out of the pan, internal temp was 173 deg (temp probe was not sticky at all when pulled from the loaf).  I put it back in for 8 more minutes at 375 deg, and it shot up to 209 deg!  I was worried about over-cooking it, so I stopped at that point.  After the cooling, the top of the loaf dimpled in a few spots and the bread feels moist.  Rheinhart said the mash gives it a moist, creamy texture, so I'm hoping that's what I'm feeling and that it's not completely undercooked.  I'll find out tomorrow morning.

EDIT:  Crumb is creamy.  Seems moist, but nothing sticks to the knife blade when slicing.  Crust was just starting to burn before crumb started browning when making toast this morning.  Not sure if that's undercooked or the nature of the crumb with using a mash.  Also, here's how to make the mash...

2) Turn off oven, and then heat water in saucepan to 165 deg.  Add flour(s) to the water, stir to hydrate, cover, and immediately put in the oven.

3)  If you don't have the warm setting (I don't), start the oven for short periods and then shut off.  Ideally, you will have an oven thermometer next to the mash.  You need to keep the oven temp between 148 - 158 deg F.  You want to keep the temperature below 170 deg F to protect the alpha-amylase enzymes, but high enough to denature the beta-amylase enzymes. 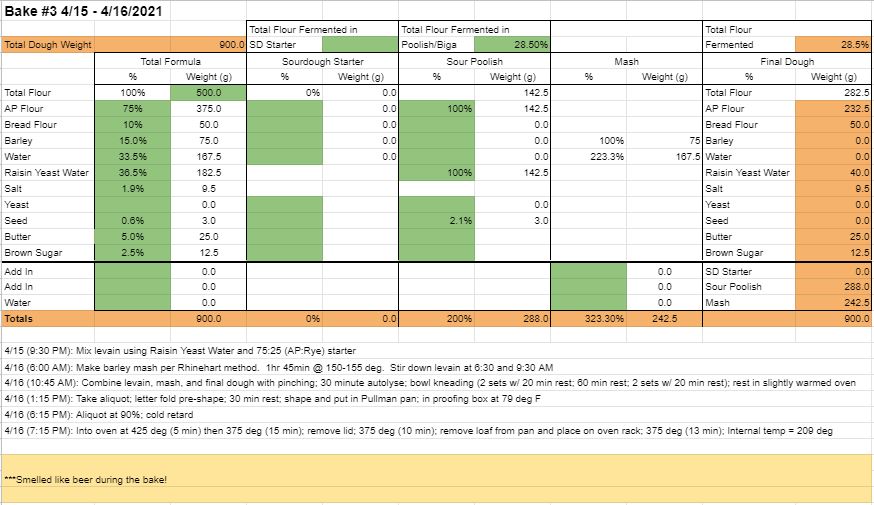 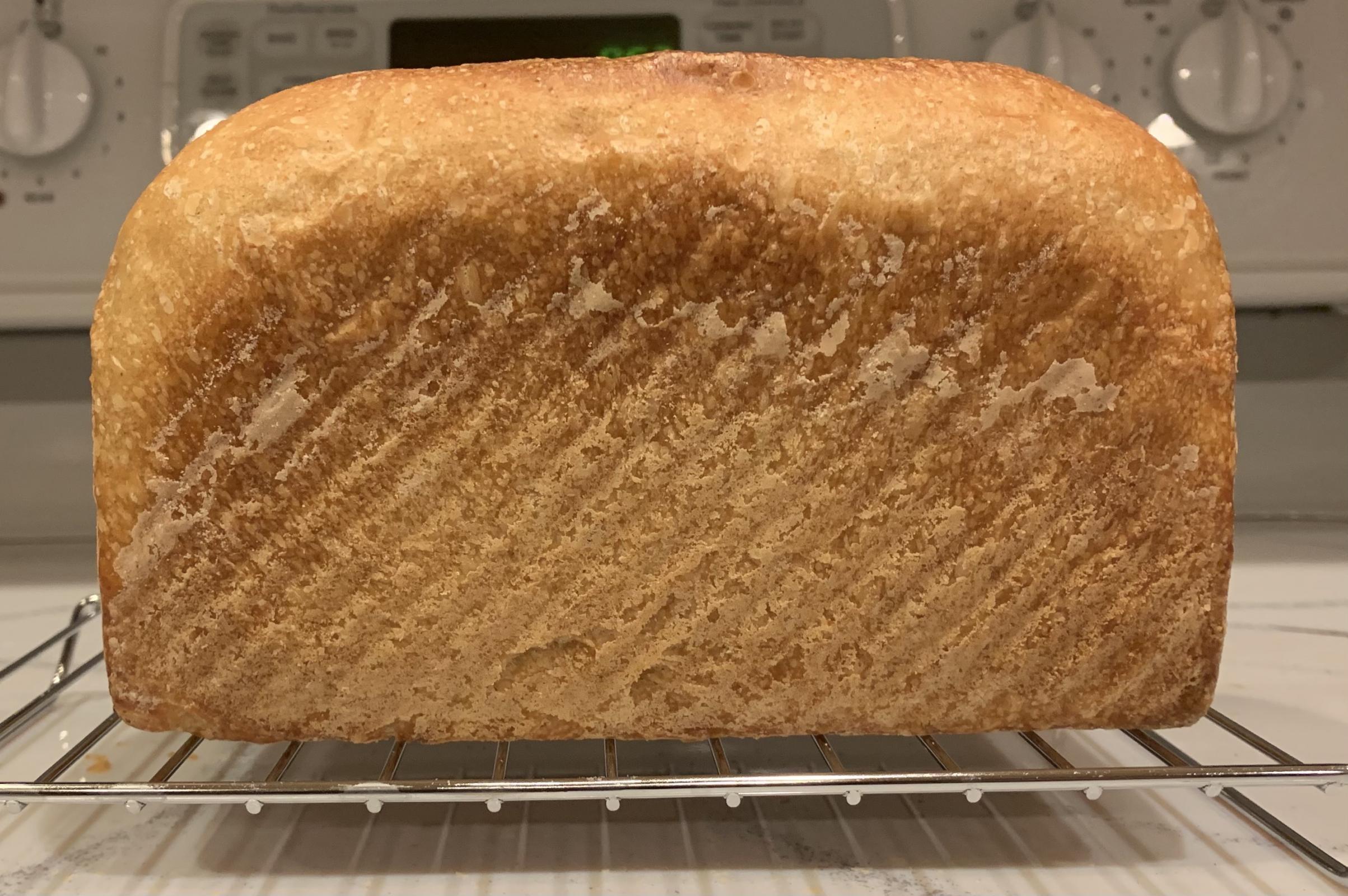 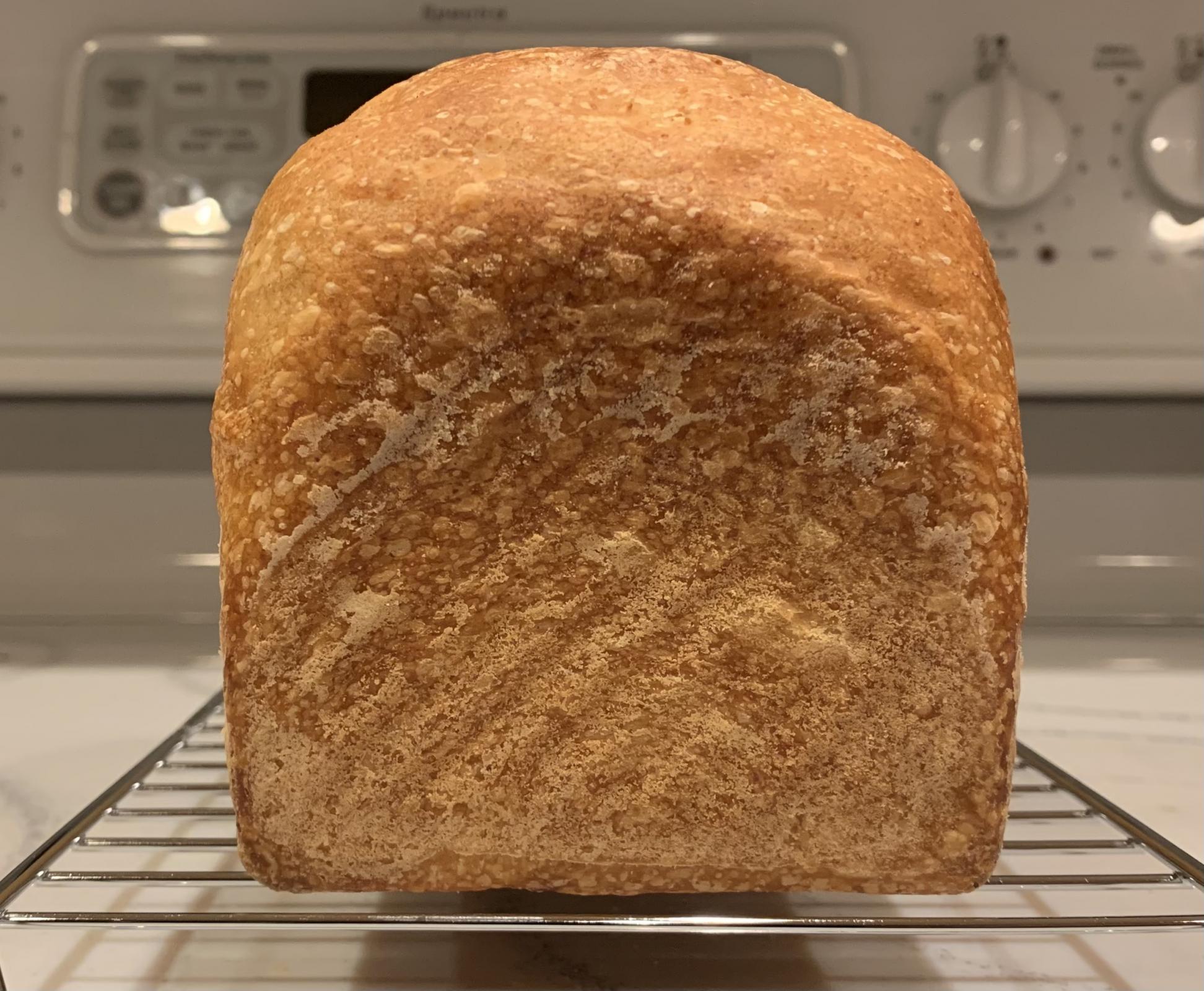 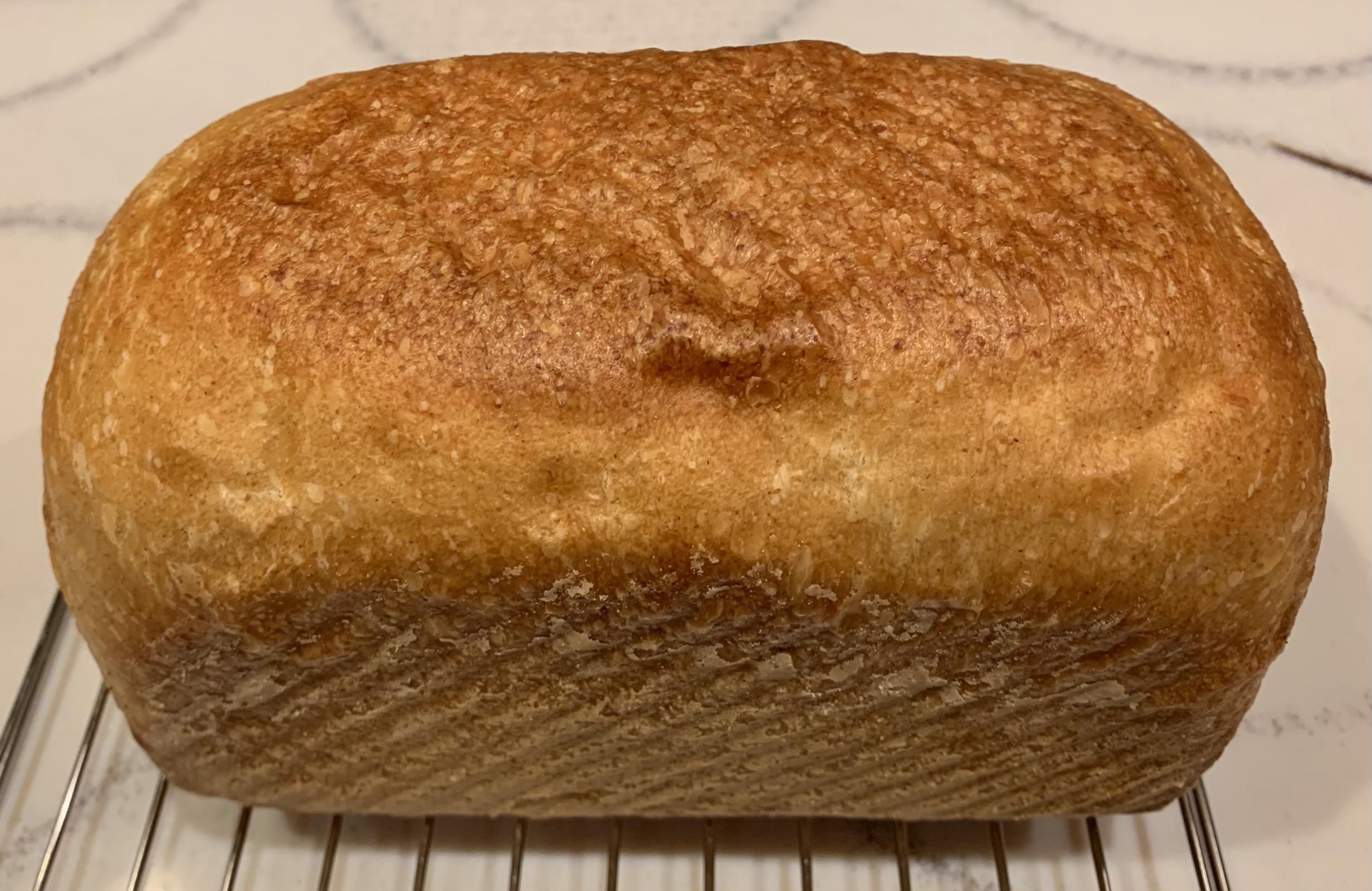 Very nice!! Beautiful sandwich crumb, I bet it's really tasty. I haven't done anything with barley yet, though we enjoy it.

I have made a few things from that book. If you decide to bake the struan, do yourself a favor and search for it on here first. Some people reported difficulties with the hydration on that one, which was my experience as well. There were some helpful looking comments, though I haven't given that a try since my first less than hoped for results. It was edible, but not enjoyable, lol.

Thanks Mary.  It seems I'm in a buckwheat and/or barley rut.  They're in about all my bakes lately.  :-)  They both add a nice depth of flavor.

I just got the book on Thursday, and quickly skimmed through it to see what caught my eye.  Didn't plan on doing anything from it this soon, but since barley was in the plan, the concept of turning barley into a mash was something I couldn't pass up.  :-)  Maybe it was just in my head, but the high RYW content combined with the mashed barley sure did make for a strong beer smell during the bake!

I've never heard of struan.  Will have to take a look at that recipe and see if it's something I want to try.

I enjoy the flavor of barley in bread; oats, too, for that matter.  Yours looks like a winner.