I live in NYC and have been ordering wheat berries online for home milling and hearth loaf baking.  I know the NE USA is not known for bread flour wheat but was curious what options exist.  I came across the GrowNYC program that partners with a number of farms in the NE (see map below).  Has anyone had success buying and baking wheat berries from one of these farms? 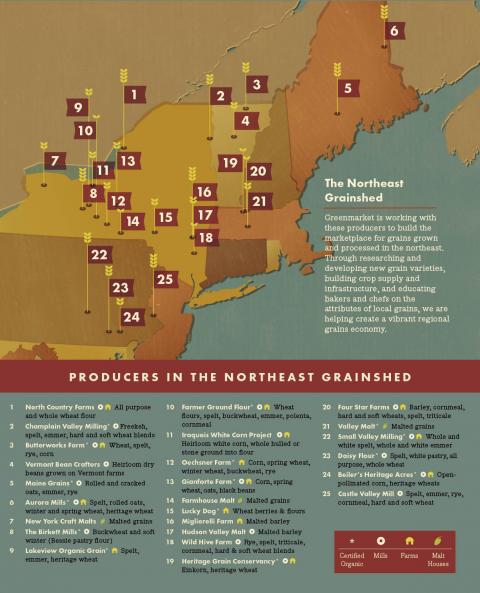 Although I left before I caught the bug, I'm from upstate near Farmer Ground, and lived in NYC for many years (Brooklyn, actually). I've held them in high regard for as long as I've known them. When I moved to the west coast I reached out but they do not have any distributors here. All that to say I'd try them if I were you.

You can pre-order large 25 or 50 lb bags for pickup at the farmers market grain stands around the city.  The options are currently limited relative to older lists I found, but Farmer Ground is currently participating.  They don't currently offer whole grains, but I do see wheat berries as an option on their website.  It might be worth reaching out.  Lakeview Organic seems to be the only supplier offering whole grains right now.  Actually, I see "Wheat - Renan - Hard Red Winter", which caught my eye.  I'm curious if that is the same as the French Renan you were using previously, or perhaps there are other Renan wheat varieties?

I believe it is the same, though clearly grown by different farmers. I really liked that one.

Dear Head Up in the Clouds,

I bought some Red Fife Wheat and Spelt from a farm in update NY about five years ago.  They sold in smaller quantities so that's why I paid for shipping to me here in Wisconsin.  The berries were fine and I made some Red Fife Whole Wheat Sourdough and some ancient Roman Bread from Pompeii (British Museum Recipe).  Both turned out well.  My grandkids especially liked the Roman bread.  The Red Fife was good but total cost was too high.  About two years ago I came across a farmer who grew Wheat, Rye, Durum ( Semolina) and Spelt on his farm about 100 miles from me.  He delivers free of charge to me when he comes to a local bakery.  I've been milling my dark flours for seven years now.  This has been the best arrangement.

I know upstate NY is not known as a grain growing region but in colonial times it was so it will grow.  I'm originally from Woodside in Queens but other than the winters being hell here Wisconsin is much like upstate.  My suggestion is just try it as I did in small quantities.  The place I purchased from was organic so no worries there.

Free Kindle ebook on just that.

A Guide to Northeast Grains. "In Partial Fulfillment of the Requirements For the Masters Degree of Science in Sustainable Food Systems at Green Mountain College." Kristina Razon, 13 January 2017.

Deals with ancient and heirloom grains in New England (US).

Lists farmers, millers, and bakeries. Worth the time to download just for those sources.

Wow.  What a find.  Thanks for posting that.  I'm considering buying a reading tablet just to keep up with all of the cheap or free ebooks you are posting.

I found an interesting article on the same subject on ediblemanhatten.com HERE.

Here is an interesting excerpt:

As her starting point, Hess recounted a bread recipe from 1824, published by Mary Randolph in a book called The Virginia House-wife. The recipe calls for flour, water, salt and yeast, and is, compared with today’s precisely calibrated baking recipes, notably casual and approximate in its directions. (Actually, the recipe somewhat resembles the baker Jim Lahey’s Internet-famous no-knead bread recipe, with its wet dough, low yeast and long rise time.) Hess noted that the recipe was made with pre-industrialized flour, and not accelerated with “fast-acting” yeast or loaded with sugar or added fats.

But her main point was the wheat itself—the loaf was made with lowland Virginia soft wheat, flying in the face of today’s received “wisdom” that only hard, high-gluten wheat can make good bread. The point struck a chord for Russell.

“[Hess] proudly proclaims that this is a hearth loaf made from soft wheat flour. And this is what we grow here.”

It was an aha moment for Dyck, too.

“We’ve been suckered down this long, increasingly narrow chute that you’ve got to have wheat that’s 14 percent protein and it’s got to be grown in Montana or Kansas or you can’t bake good bread with it,” she said. “Hess’s article really opened my eyes to the sky’s the limit. Wheat is really a worldwide crop; grain is a worldwide crop. We can do this in the Northeast.

I must admit to sharing that mindset.  It will be interesting to see how these local wheat varieties behave.  I hadn't considered soft wheat hearth loaves. 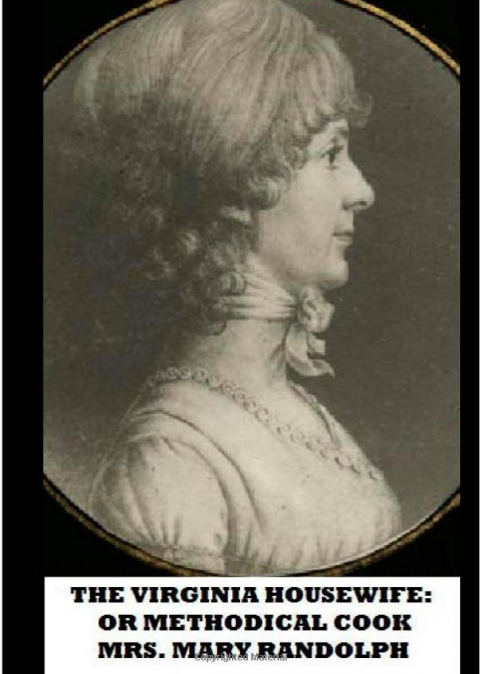 Mariana made some good comments on this exact thing: making bread from lower protein (French) flours with the correct handling:

She made a previous comment, but that was betore she realized that the original poster, bijection05, was in France and was using French flours.

Question: So how do the French make great bread from lower protein French flour?

Answer: they use formulas specifically designed for their flour.

There is quite a lot to digest in that one.  I missed that conversation initially, thanks for calling it to my attention.

Community Bake - The No Comfort Zone Bake
Sourdough bread , rolls and discard crumpets
When to Split Loaves
Slap and fold gone wrong ?.
newbie about milling-- what are the more coarse...
END_OF_DOCUMENT_TOKEN_TO_BE_REPLACED