White sourodugh with potatoes and semolina

White sourodugh with potatoes and semolina

It has very little semolina flour, so I decided not to post it into the semolina CB.

Used an overnight levain with bread flour based on my refrigerated rye starter. Followed the recipe exactly (halved though, for one loaf), even the timings seemed to be spot on. The only two minor issues were that I didn't break up the boiled potato enough and there were a few small lumps in the dough, and I didn't manage to develop a smooth and strong dough upfront with slap&folds, so gave it a couple of folds in the first half of the 6 hours bulk. It felt much wetter than what's shown in the video. However it turned into a really lovely dough in the end, very strong and puffy.

The size of the loaf turned out to be a problem: I usually use my 750g banneton for 900g loaves without issues, but here the recipe said it should double during final proof, and the benneton was almost full already in the beginning. So I had to improvise a couche-based proofing setup, which worked OK, but not great - I didn't manage to contain the loaf properly and it spread out during the proof, so it was on the flat side in the end.

Baked for 25 min with steam and until good colour without. Got appreciable oven spring, but since started from a flattish-loaf it's not very tall in the end. 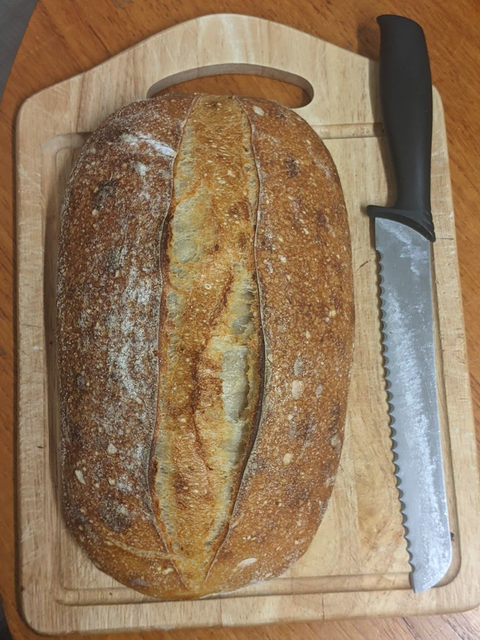 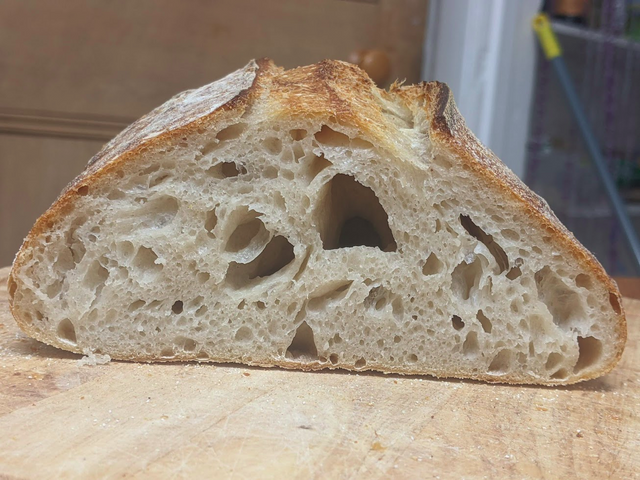 The crust has a bit of that semolina colour and crunch, and the crumb is very soft. Tender and tasty.

However I am not sure about the crumb structure. It has very big holes, but with the length of fermentation that went into it (around 10 hours total, at ~23C), I can't believe it's underproofed. Is it possible that such structure can be caused by going through a flat stage, and some central alveoli merging at that point?

I made the same bread a few weeks ago, likely after seeing the link from an earlier post of yours.  It's a tricky formula in that the hydration is too high, especially after the potato is included.  So I dropped the hydration a few clicks.  I also did not like that he's baking it at 200dC which is too low from my prior experiences, so I bumped it up to 460dF/~240dC.  It baked up nice but was still a bit difficult to wrangle. 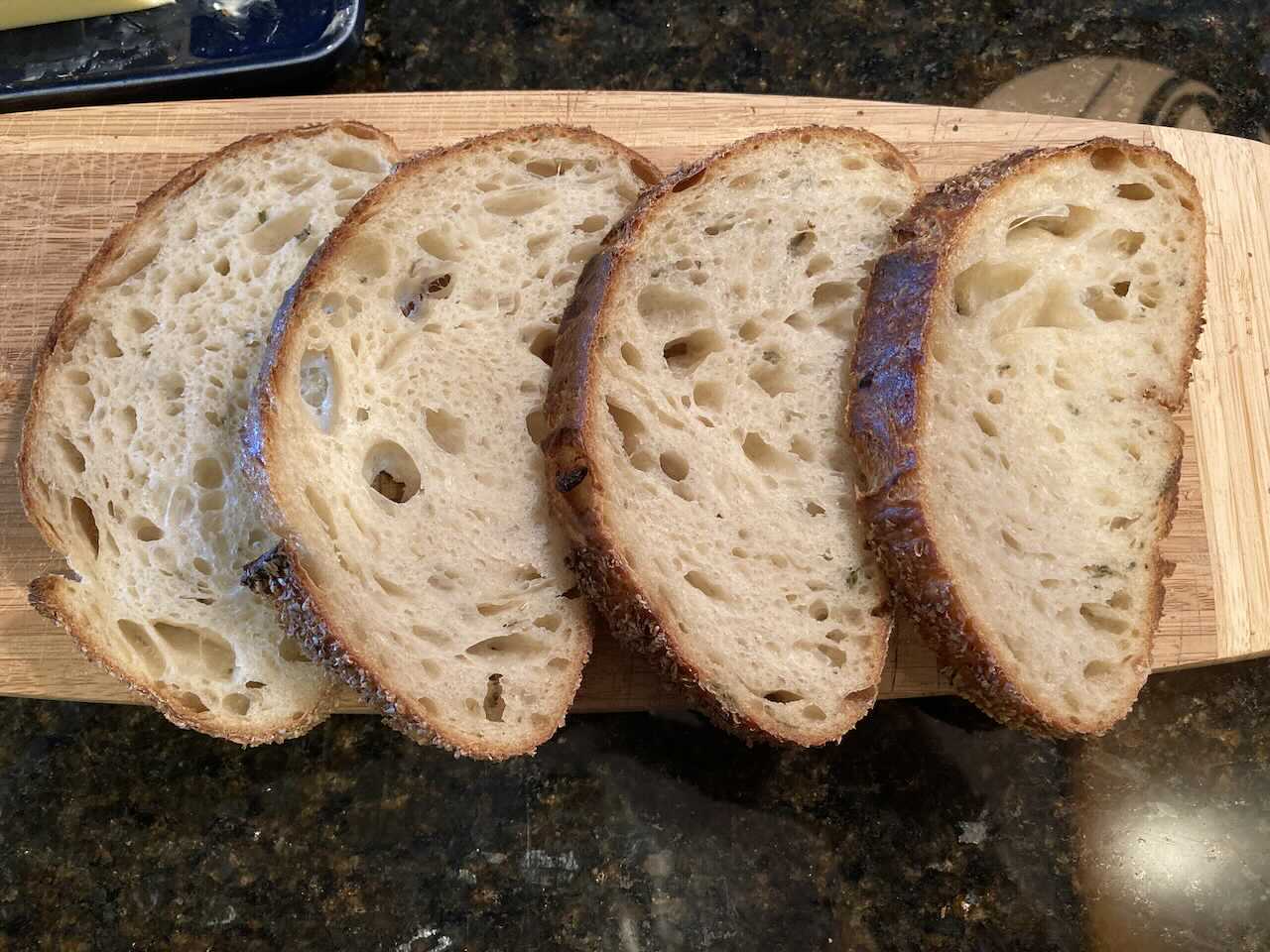 Drop the hydration and try it again (he says...)

Nice, yours looks great! Do you know the hydration of a boiled potato? And what it brings the final number to? Without counting it I think the hydration was something like 72% for the sourdough version, which doesn't sound very high... But I wasn't sure how to count the potato.

I didn't even realize he recommended 200C, I just baked at 250 with steam, and reduced to 230 after venting.

probably every potato variety is different, I used what we here call Idaho baking potatoes.  Large white - and designed for...baking.  A Hamelman potato bread calls for Yukon Gold types of potatoes, which are yellow.  And what Benny mentioned, I now recall that Sig. Romito said something like 92%hydration - which is way out of my league.

Interesting loaf, so the potato is riced before adding, or did you guys use mashed potatoes.  He states 92% moisture halfway through the video, is that to imply that the potatoes are adding that much hydration, close to 20%?

I don't have a ricer, so I just mashed the potato. Not sure what exactly is the right way to do it.

It's explained somewhere (maybe I read in the comments?) that 92% is the original hydration they use themselves, but the recipe they suggest for home bakers is less wet.

I am amazed if they are making their bread at 92% hydration, maybe they are using some of the potato as some of the water?  When I’ve added mashed potato to my sourdough, I can’t say that I felt that it increased the hydration.  It did add fat because it had butter in it, albeit not a ton.

Did you enjoy the flavour of the bread Ilya, did you find that the potato improved the crumb texture?

Yeah, 92% hydration is really high, especially since 00 flour is not very good at super high hydration too, having so little ash. Wonder how they calculate hydration of the added potato.

The bread is really nice. The flavour is overall mild, which is to be expected: room temperature fermentation without retard, mostly 00 flour. I would expect bread based on 00 flour already have a rather soft and light crumb, so don't know if potato did much, not having made a "control" loaf without it :)