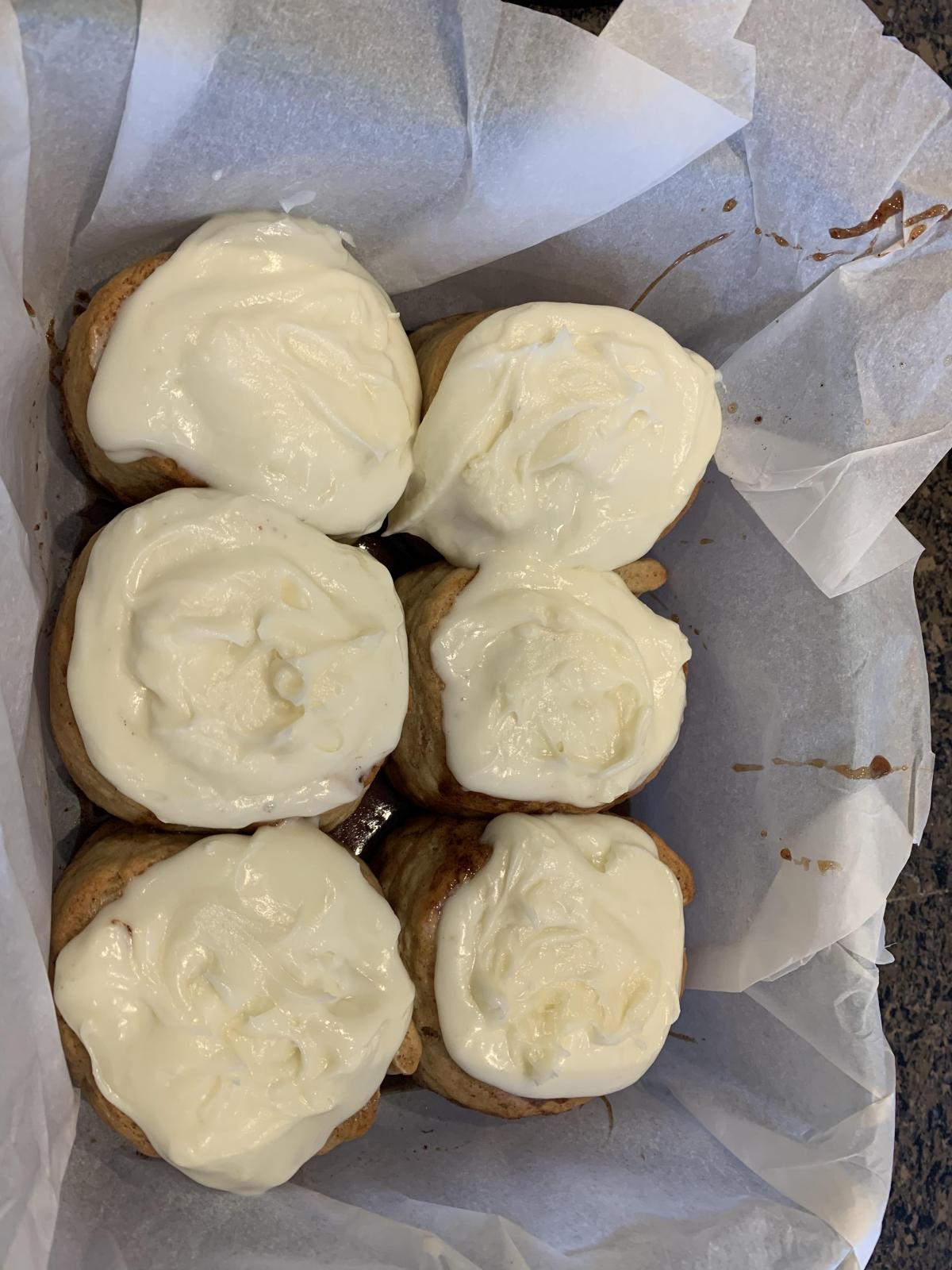 Have been trying my first few loaves of SD bread and felt bad that my gluten sensitive daughter couldn't partake in the sampling.  So, made her a batch of her favorite cinnamon rolls this morning.  The recipe is adapted from this one.  I make a half batch at a time (6 rolls).  https://joyfoodsunshine.com/cinnamon-rolls-recipe/

(GF dough is fragile.  Brush butter and sprinkle sugar/cinnamon mix is the only way to go)

- Do not knead the dough.  Mix dough with dough hook until just combined and flour evenly moist.  Do not overwork dough or it will get sticky.

- Brush melted butter and sprinkle sugar/cinnamon mix.  Leave a 1/2" strip at the far side of the dough that's un-sprinkled to help seal the log when you roll it.

- Roll out dough on a square of parchment paper.  This will help dough from sticking to counter and makes it much easier to roll the log after adding sugar mix.  Because GF dough is fragile, I don't go 1/4" when rolling.  Instead of a 12" x 12" square, I go 10" x 10".

- Roll dough into a log keeping it as tightly rolled as possible.  Use the parchment paper to help roll it and peel the paper back as you go.

- Tuck in the ends of the log and push them in until you have a uniform log.  It should be about 9" long at that point.  Cut into 6 equal length rolls (roughly 1.5").

Community Bake: Naturally Fermented Buckwheat...
Me vs. The Bread, part 3
Read my crumb please
Rofco B40 oven for sale
looking for a good toast recipe
END_OF_DOCUMENT_TOKEN_TO_BE_REPLACED