I wanted to share with you a brioche recipe I had adopted and tweaked to my liking.

This bread is a Thanksgiving favorite for my friends and family.

Incorporate all ingredients except butter and bring the dough together.

Add the room temperature butter to incorporate a little at a time.

Develop the gluten to pass the windowpane test.

Double the dough in size (in the refrigerator for best results, room temp or warmer to speed things up depending on your timetable)

Golden Brown is to my liking 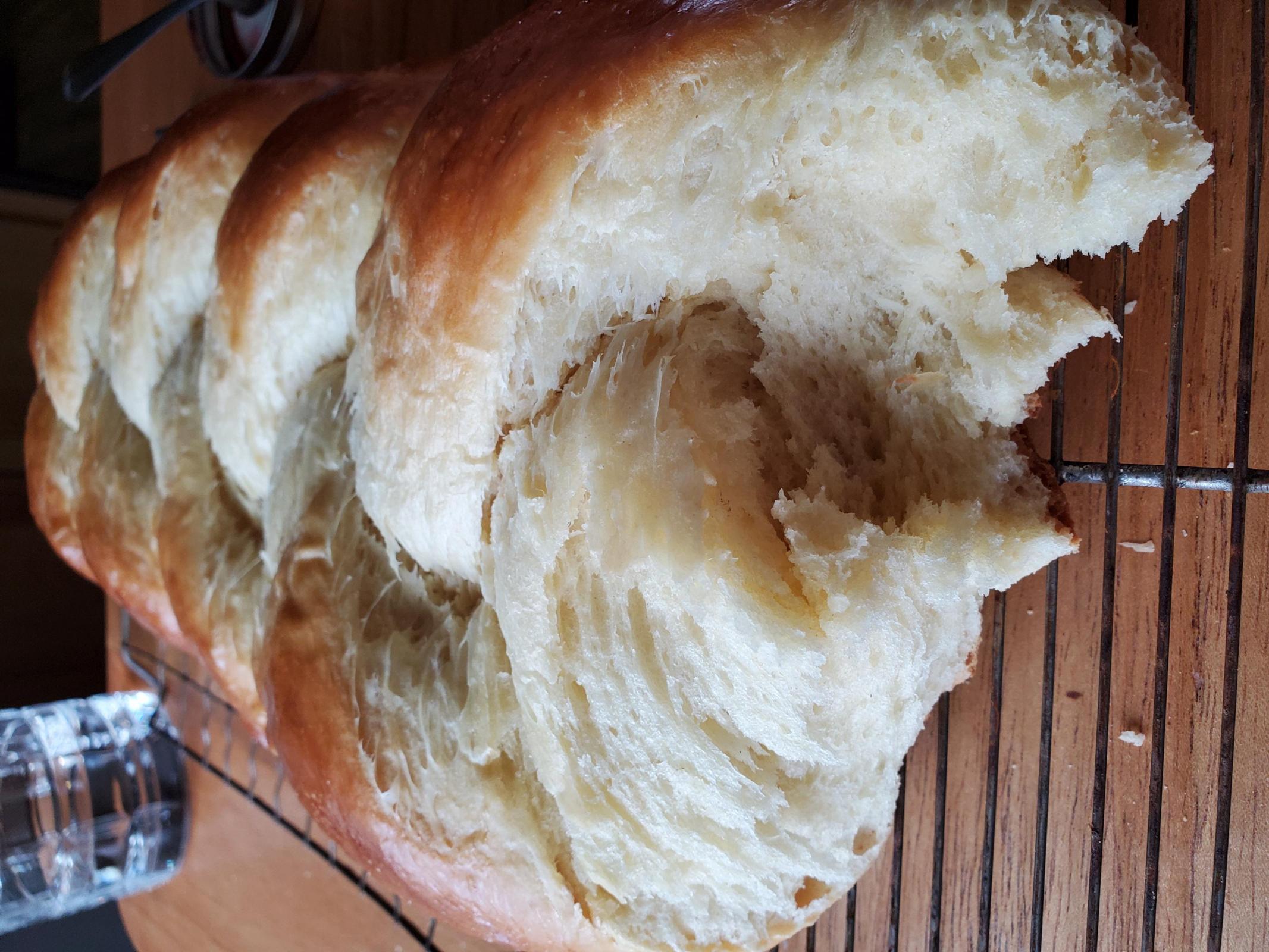 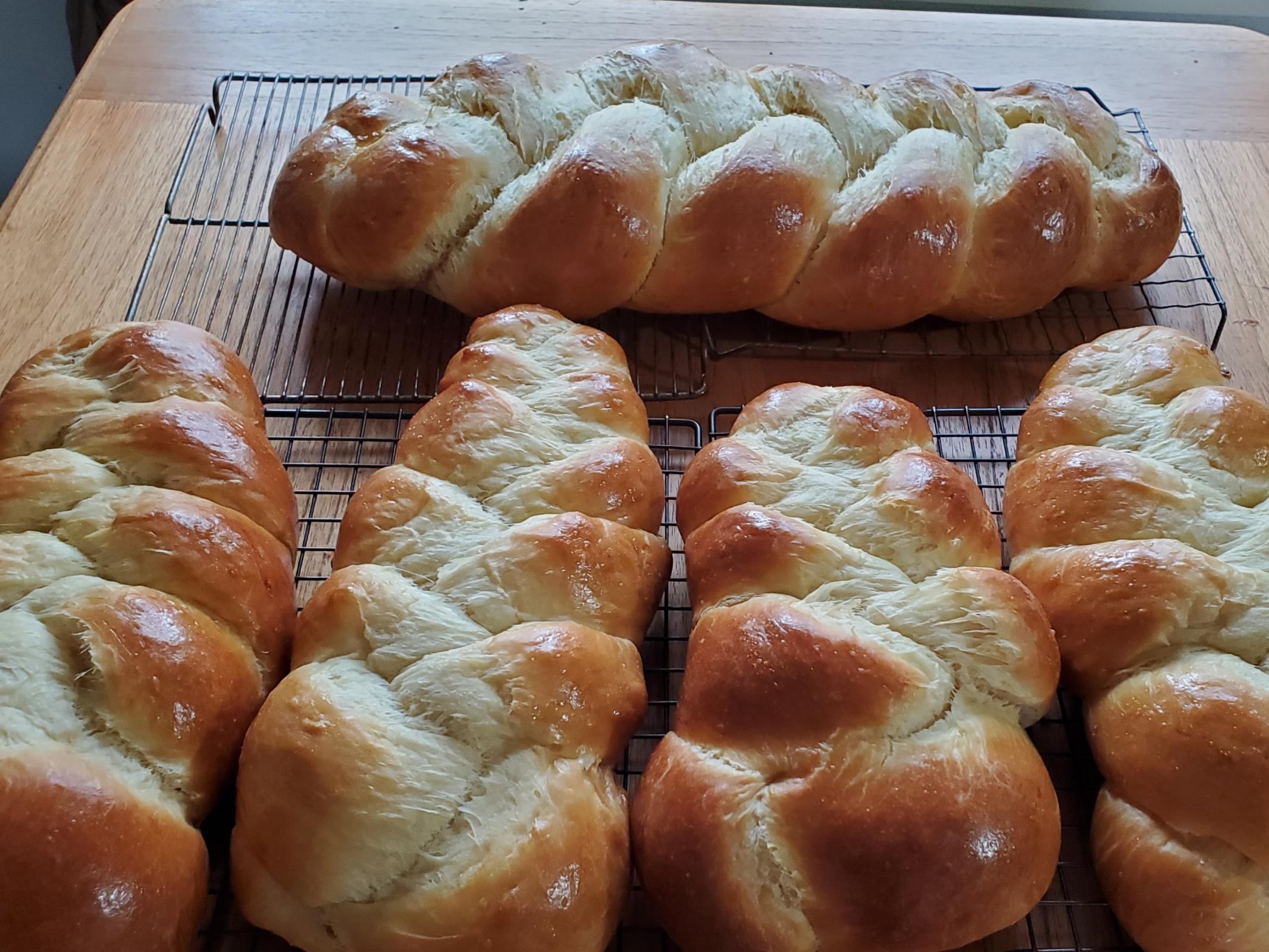 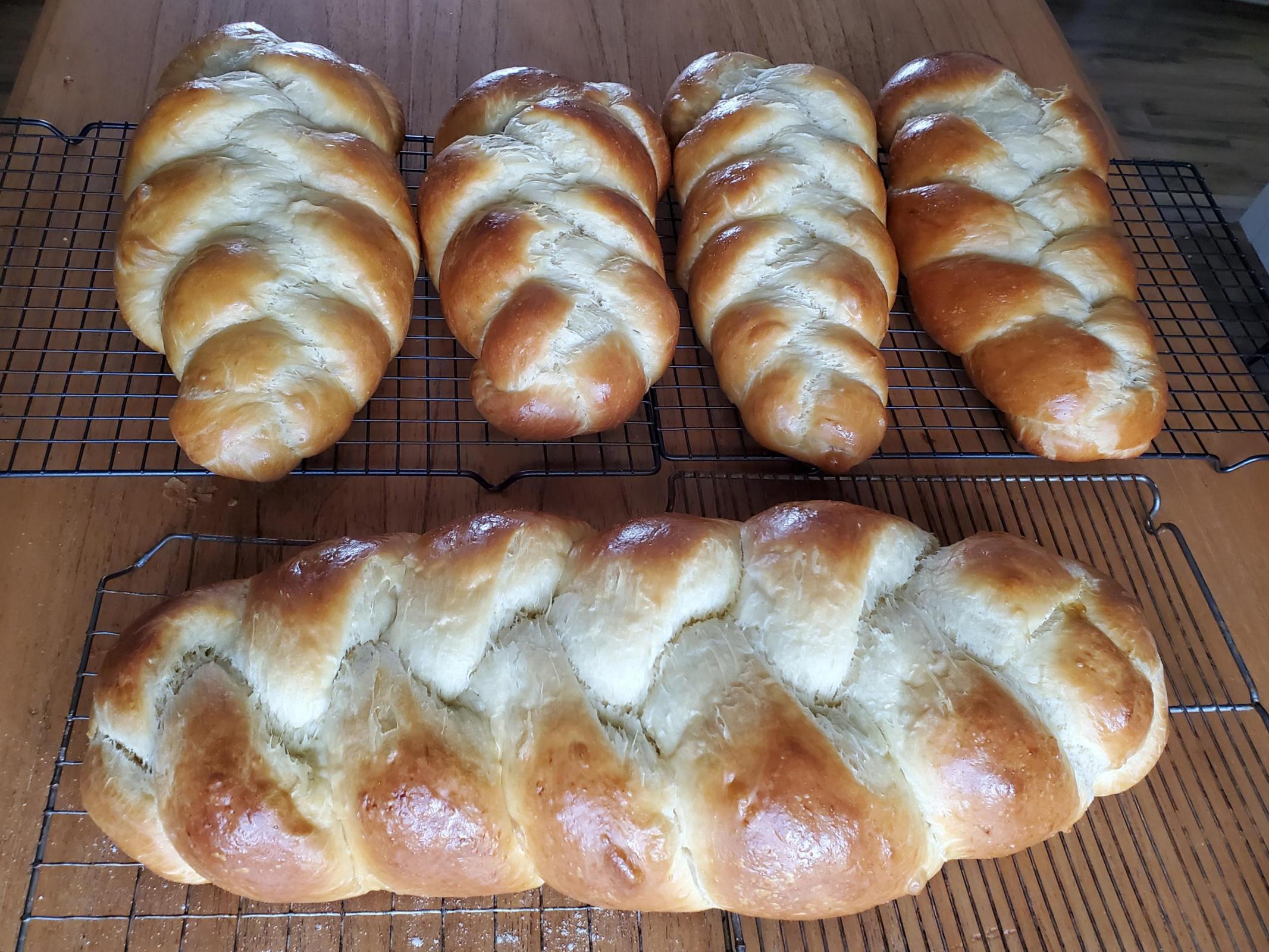 I love brioche! Especially the one from The Vendee région in France. Yours look amazing! Hope they tasted as good as they looked.

I don't know much about the brioche from different areas. Is this one in the style of the Vendee région?

But all brioches are delicious. How can you go wrong with a tender crumb full of butter!

I would substitute the honey for Golden Syrup for a slightly richer flavour, (and because I am not a fan of the flavour of cooked honey, which most people don't taste).

I love brioche, but my other 'arf is completely 'meh' about it... Obviously he has defective genes.

And thank you for the refrigerator and/or fast version suggestions - it can make such a difference to the end product. Not to mention the single loaf recipe - I'm going to give this one a try.

I've often substituted agave syrup for honey (which ever happens to be in the front of my delightfully disheveled cupboard). I do have some golden syrup I could try next time.

So I made the brioche and followed the recipe only substituting the Golden Syrup for honey and sticking precisely to the original recipe.

After mixing until it reached the right consistency, (window pane?) I put it into the refrigerator to proof.

It really didn't do anything after 8 hours, so I was worried, but I rolled it out and formed it into a loaf and put it back into the fridge to proof overnight. Again, it did not rise, so I took it out and to proof on the (cool) kitchen bench. It rose beautifully, so I put it in the fridge overnight.

Took it out this morning to warm up a bit before baking it, then baked it for 35 minutes with egg-wash on top.

I baked it in my traditional loaf bread tin. I have a fan-forced oven and baked at 175C.

I was a bit worried when it started cooking that it would keep rising and rising! The smell was divine.

We let it get to warm before we cut it and had a piece each... Then we had another piece each, because it was the best brioche I've ever made/tasted! It is so light and the flavour is really lovely. It just became an instant family favourite, so thank you for posting this recipe!

There are a few things I would try next time (in a couple of days, as family has now requested loaves...).

We like the traditional loaf shape, so will continue with baking in the tin.

I will leave off the egg-wash and see how it goes, using it again if future loaves looks too pale.

I plaited the loaf when I put it into the tin. When it rose, there really wasn't a nice defined pattern on the top (as per the loaves above) probably because the loaf was forced to rise up and squish the plaits away. Next time I will try 3 balls of dough in each tin. The loaf I made looks a bit ugly, but it is the best bread ever.

Maybe cold can be too cold and cool is just... Cool.

I'm very happy it worked out for you :)