Continuing from a Russian "black" bread, so-called "baton" is another staple of Soviet and Russian shops. One of the most popular breads, it is delicious, with very slight sweet and buttery notes, and quite close, but very soft crumb. It sure was my favourite bread as a child.

Although not typically made with sourdough, after discovering a sourdough recipe I couldn't resist baking a couple of them. And my second attempt was rather successful! The recipe I followed is again from the Russian web site pechemdoma.com (literally - baking at home): https://pechemdoma.com/nareznoj-baton-na-zakvaske.html

Here is the translation of the method. I made double portion for two batons, here the ingrediants are for just one.

40g flour (bread flour; if available, can replace 5g with rye flour for improved fermentation, which I did using whole rye)

120g water (plus extra if needed, I used 15g extra for double portion)

Make preferment by dissolving starter in warm water, adding flour and mixing. Leave to ferment for ~8 hours at room temperature (I just left overnight, for more like 12 hours I think).

Sift flour into a mixing bowl, add salt, sugar and instant yeast, if using, and mix. Make a well in the flour mixture. Dissolve the preferment in water (I used warm), pour into the well, and mix the dough. Add a splash extra water if needed to hydrate the flour. The dough should be soft, but not sticky and should generally hold its shape. Lightly knead in the bowl 3-4 minutes, and then mix the room temperature butter in the dough in small portions. When all butter is mixed in, knead on a work surface (no flour) until smooth. Round up the dough and place back in the bowl for around 1 hr 15 min (40 min is using instant yeast).

Very lightly dust the work surface with flour and perform a double letter fold. Place the dough back in the bowl for 1 hour (or 30 min if using instant yeast). At this point I started seeing some signs of fermentation, with a couple of bubbles appearing and seemingly slightly increased volume, however the dough is not wet, so it's no very obvious at this stage.

Then take the dough and roll it out with a rolling pin into a rectangle relatively thinly (~1/2 cm I'd say). Then tightly roll it, avoiding trapping air, into a sort of short/thick baguette-like shape. Seal the seem on the worktop and leave to proof covered, until doubled (or until at least clearly increased in size, I don't think I got doubling). Took me around 3 hours with no instant yeast, with them recipe says around 1.5 hrs.

Spray with water and score the dough with deep diagonal cuts. Bake in a preheated oven at 220°C, first ~12 minutes with steam, around 30 minutes total. Optionally, cover with cold water or starchy gel immediately after takign out of the oven (I just used some water). Cool on a wire rack, for at least 40-50 min. 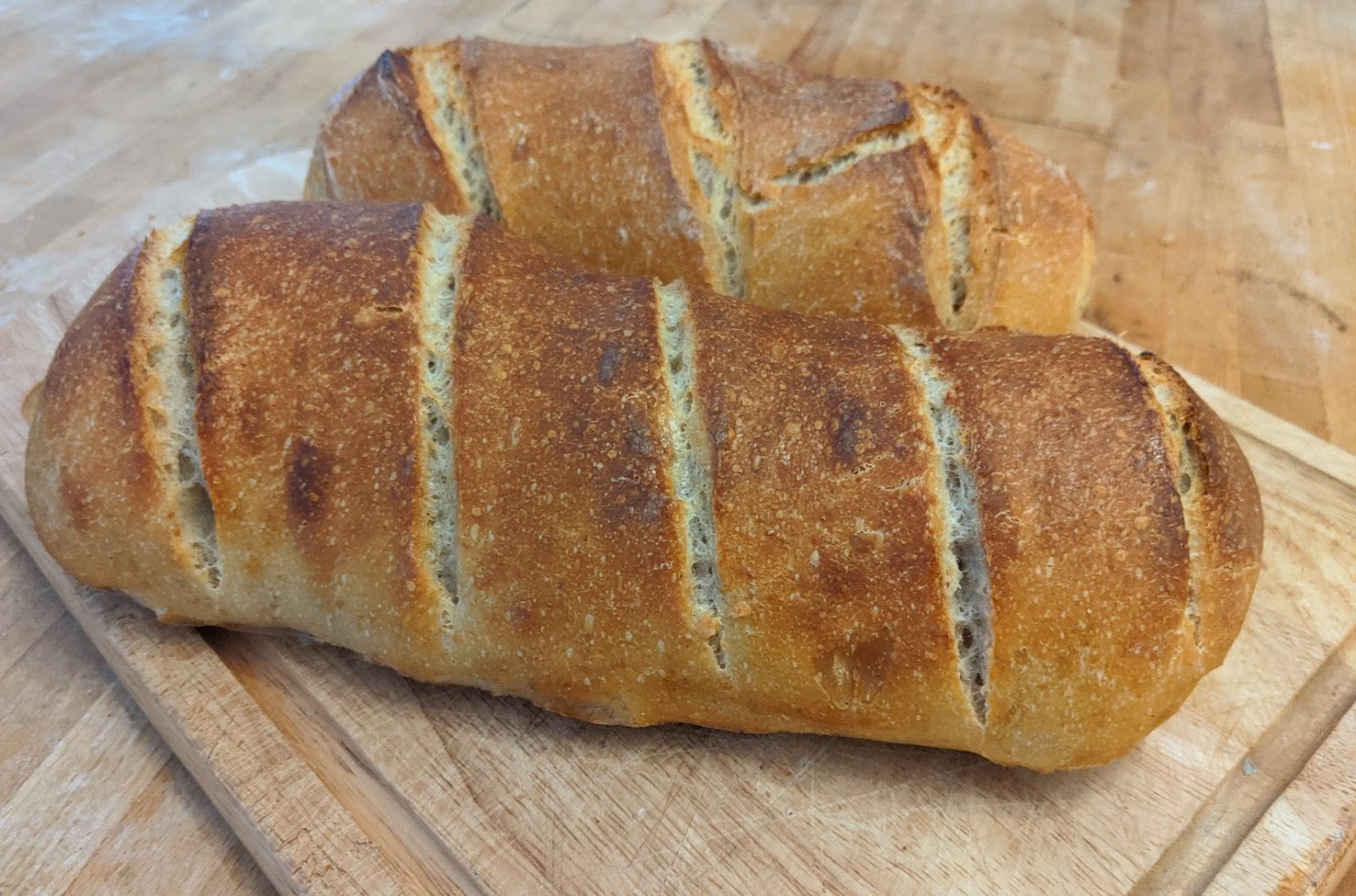 Mine don't have a typical look, for some reason the cuts didn't open up (perhaps should have cut deaper or given them a minute after scoring before baking, to avoid them sticking back?). A baton you can find in a shop in post-USSR countries looks like this (found on wikipedia): 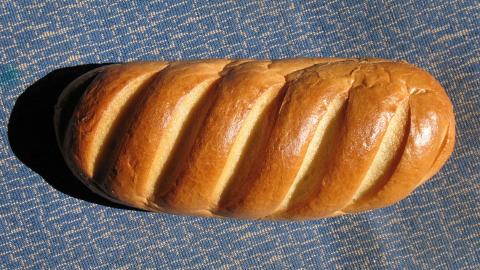 Nevertheless, the taste is authentic with very slight extra acidity from using sourdough (I imagine speeding everything up by adding a tiny amount of instant yeast would reduce that even further). Crust is much nicer than from a shop in Russia - thin, but crispy (as opposed to a very soft crust you get there). Delicious bread, that is also quite easy to make!

Wish I could taste it. Sounds delicious!

Glad you like the look of it! You can repeat it and taste it :)

It's also such a pleasant dough to work with. With the sticky high hydration doughs, I tend to forget how nice handling dough like this can be.