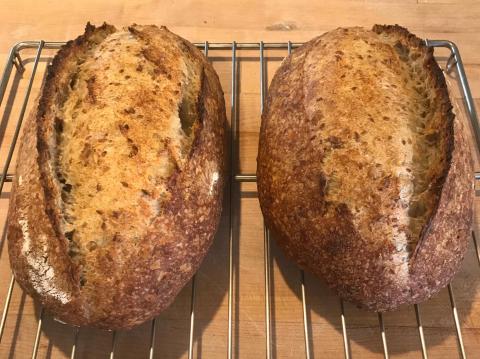 This Sourdough Seed Bread recipe is the one that follows the fabled Hammelman's 5 grain in the first edition of Bread. Two of my favorite breads on the very same wrinkled and stained page that my book naturally opens to. One of my favorite eating breads but the least fun to prep and make. The seed soakers are a bit of a mess for a sloppy baker like me and I have over roasted a few seeds, but the flavor of this bread from the toasted seeds and rye flour is a nice combination and for some reason the crust is always outstanding like the 5 grain.

The recipe is basically his Vermont Sourdough with a seed soaker. Stronger bread flour is recommended to help lift the heavy seed soaker. I reduced the amount of starter called for to allow for a longer overnight proof 12>15 hours and increased the water 10% because I like a looser dough and most of recipes from this edition work better for me with additional water.

I like to use a mixer and his mixing times for this one because of those slimy flaxseeds that don't like to incorporate willingly but rather end up on anything I touch. If you choose to slap and fold be prepared for the worst. Before I started using a mixer, I once forgot to account for the soaker water and ended up with a too wet dough that I tried to salvage with more flour and a marathon slap and fold sling fest that let's just say was an awful mess. I sort of salvaged it and learned a valuable lesson about hydration. 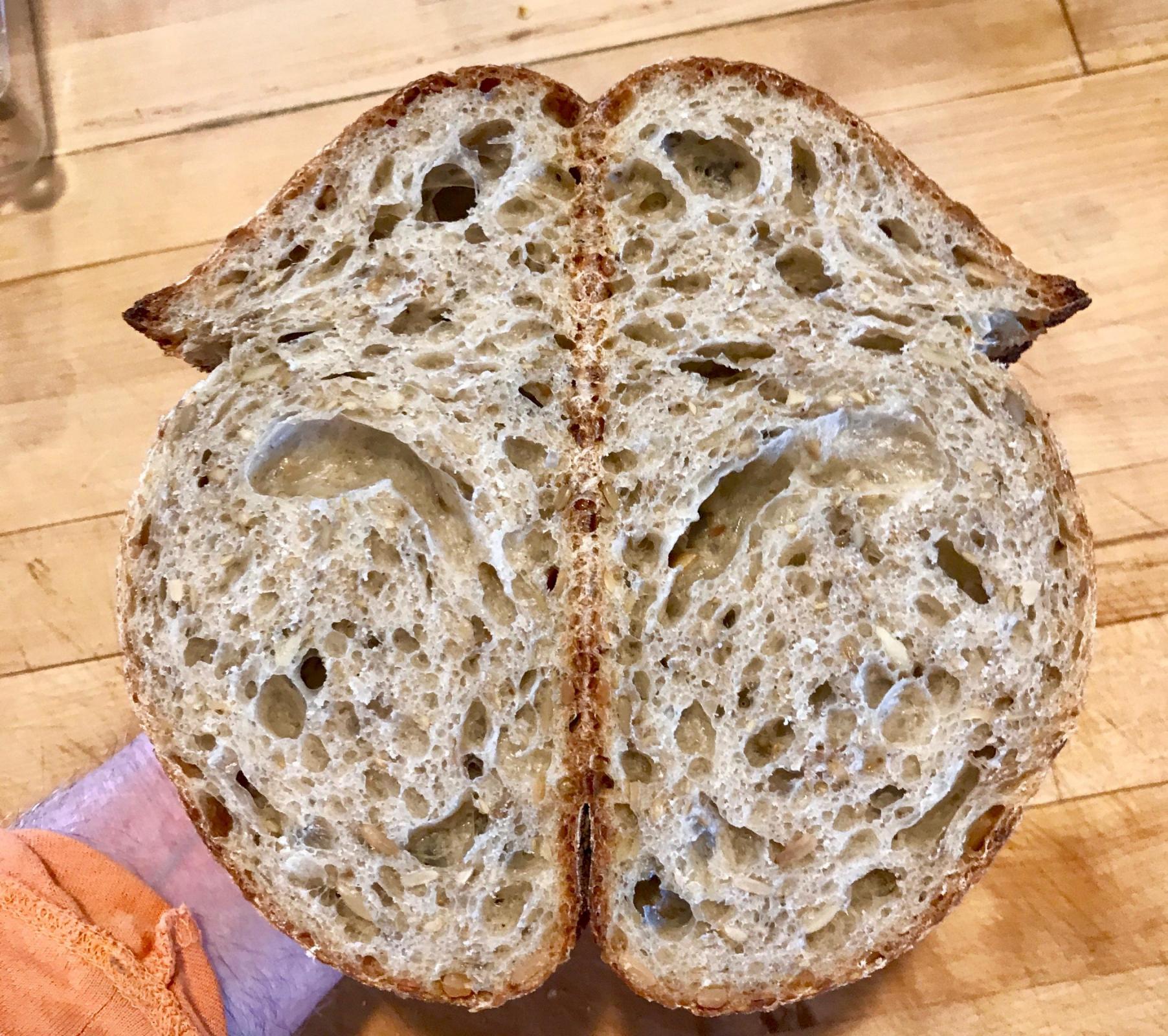 I heard Jeffrey Hammelman the other day on the Isolation Baking Show and he said that he is working on a 3rd edition of his book. If you like his sourdough 5 grain bread turn the page to this one.

That is really beautiful.

I agree with Floyd, that is gorgeous, good work.

It's a tasty bread and makes cracking toast.