i was inspired to have a go at sweet potato brioche using Tangzhong after seeing  tortie-tabby's post and added my rendition to his post, i was very pleased with that result and decided upon another crack at a brioche this time it would be Potato and Rosemary a pleasant combination that i have enjoyed in the past.

I was so happy with the last brioche bake using the Tangzhong method that i thought i would have another dash at it , this time Potato and Rosemary Brioche.

It starts with making a roux using some of the flour and milk from the recipe once this is done its set aside. The main ingredients are then bought together except for the salt and the butter they get added after the dough has formed and been rested for an hour. Once the butter and salt are incorporated into the mix its worked by hand on the bench to form a nice smooth dough, that is then placed into a bowl and covered and allowed to rise. The house temperature was 21 C so i opted to place the bowl in the back of the station wagon where it was in the sunshine and a bit warmer. The dough more than doubled in size and was brought in to be processed it was degassed (knocked back) and then divided and scaled, i required 7 pieces for the cake tin i was going to use. the dough pieces were handed up into balls and covered and allowed 10 minutes to recover. They were then rounded up and placed into the baking pan which was then placed into a large plastic bag to prove, the bag protects from draft and retains moisture being expelled from the fermentation process and stops the surface drying out. After half an hour i washed the tops with boiled cornflour wash and applied sesame seeds and back into the proving tent. Once the buns had reached full proof they were carefully placed into the oven that was set at 200C with a pan containing a terry towel and boiling water, this provides a steamy atmosphere for the early part of the bake, it was removed after 10 minutes and the bake continued for a full 30 minutes, the tin was removed and the buns were placed on a cooling rack. The aroma is exquisite, just what would be required for a home open ! 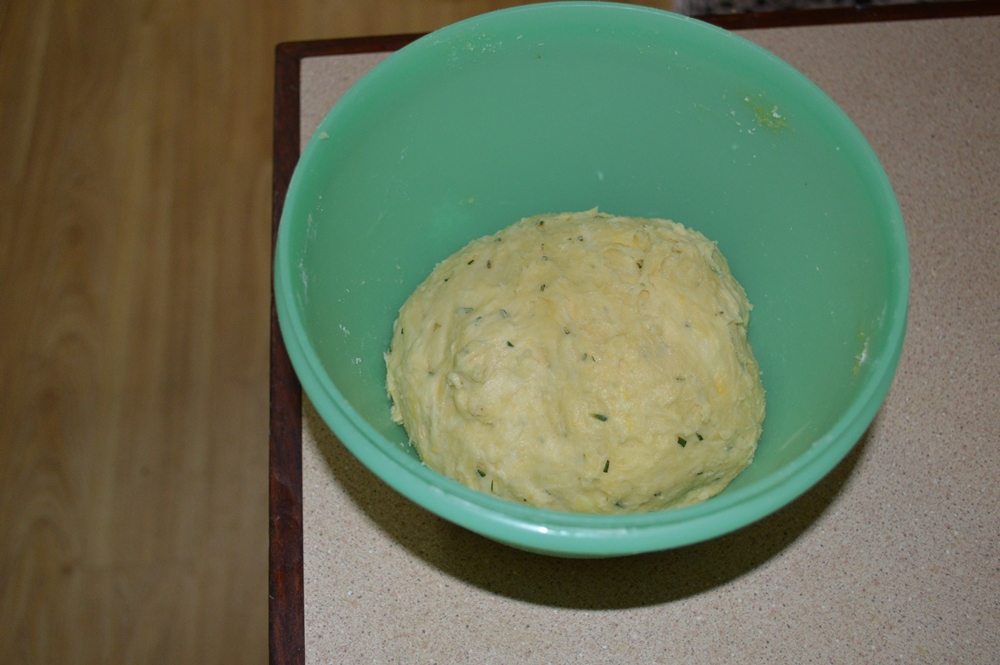 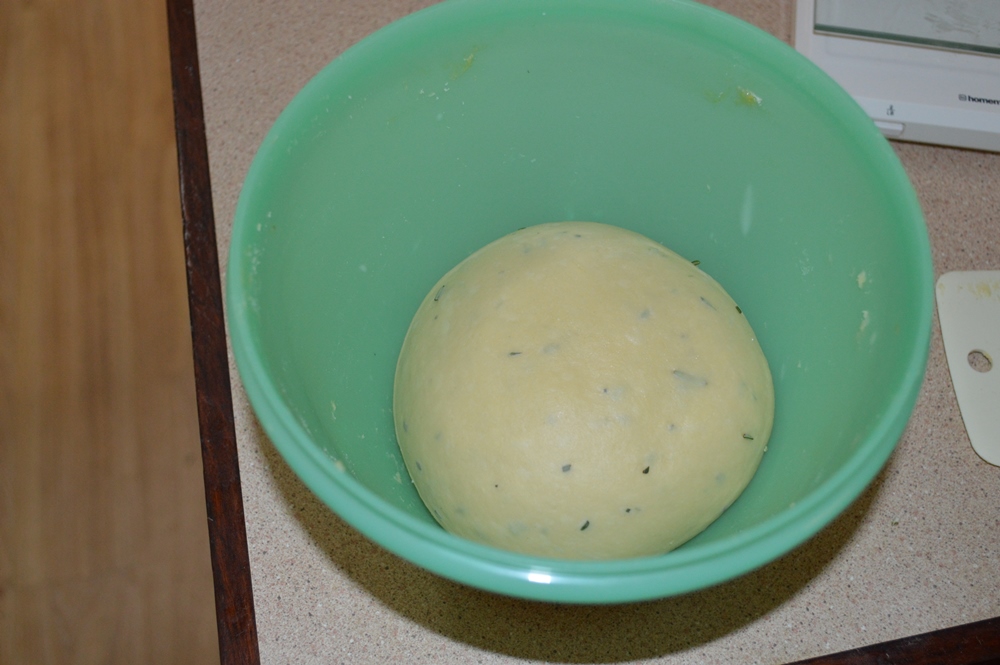 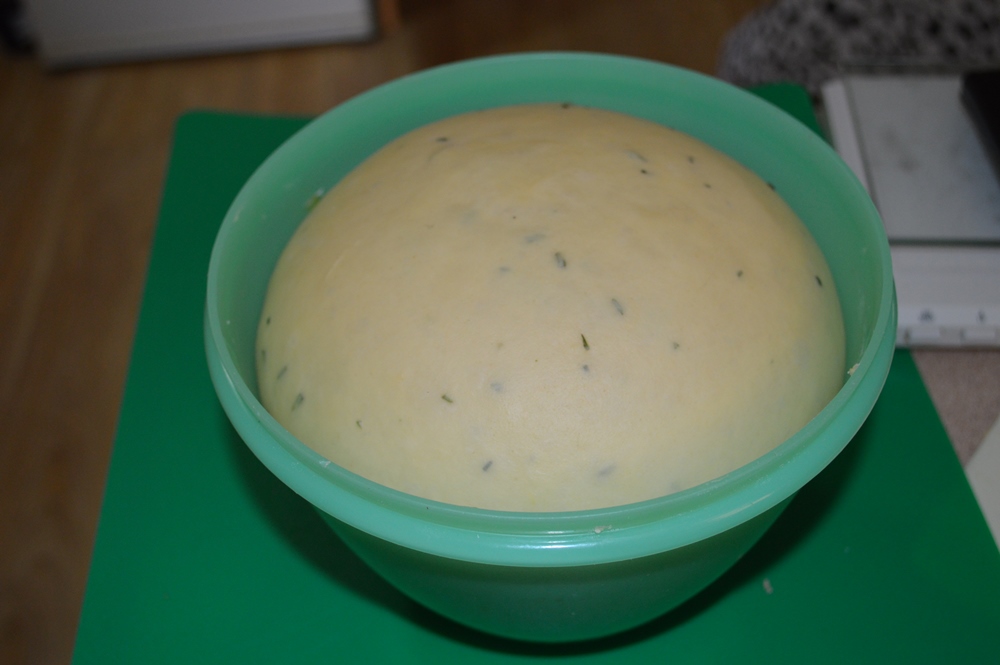 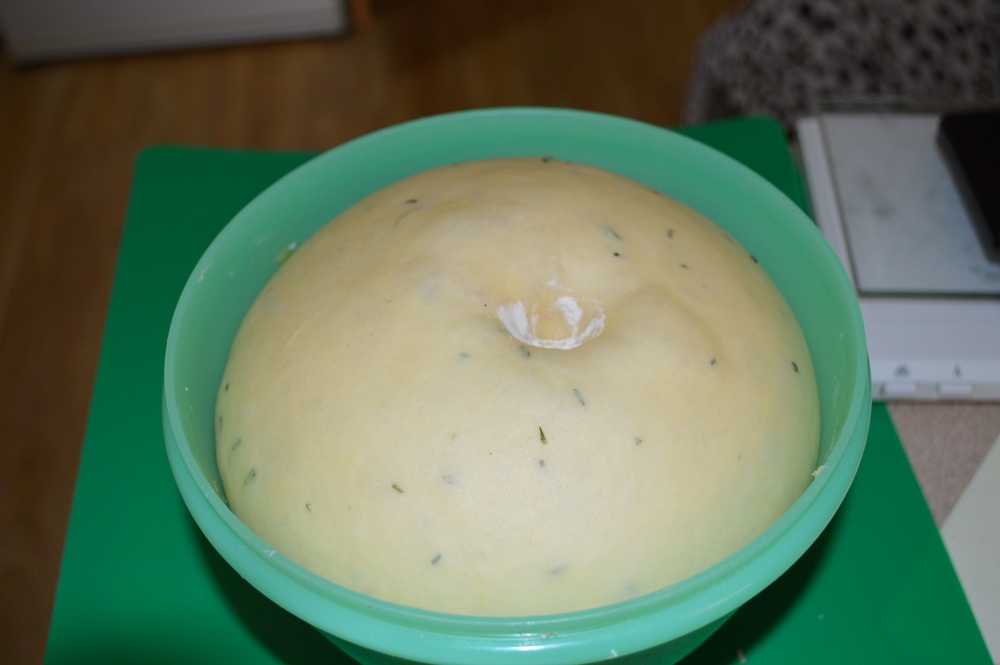 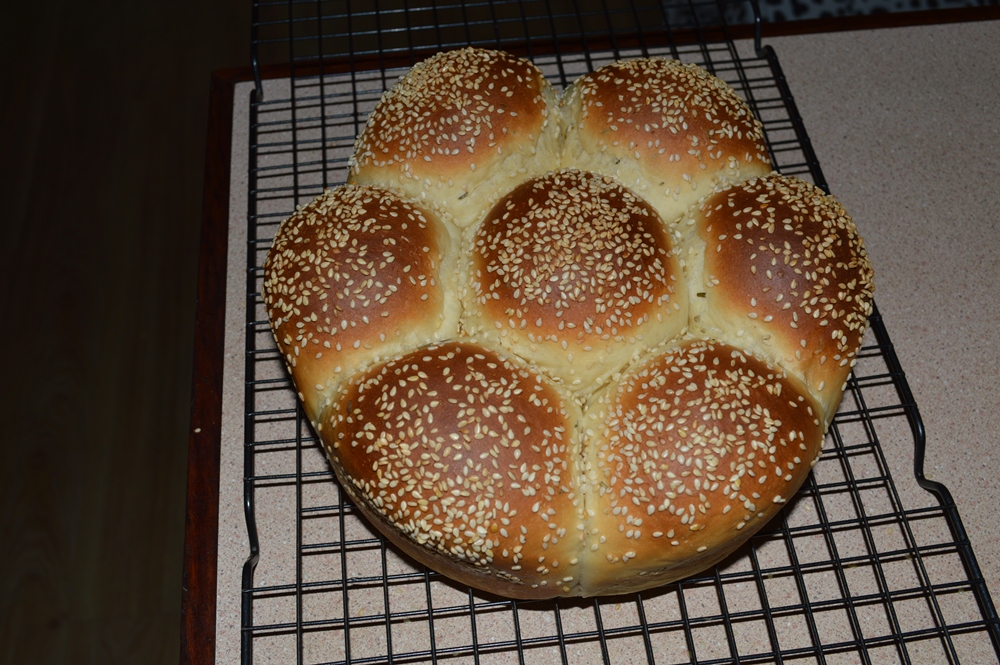 Out of the oven and cooling down 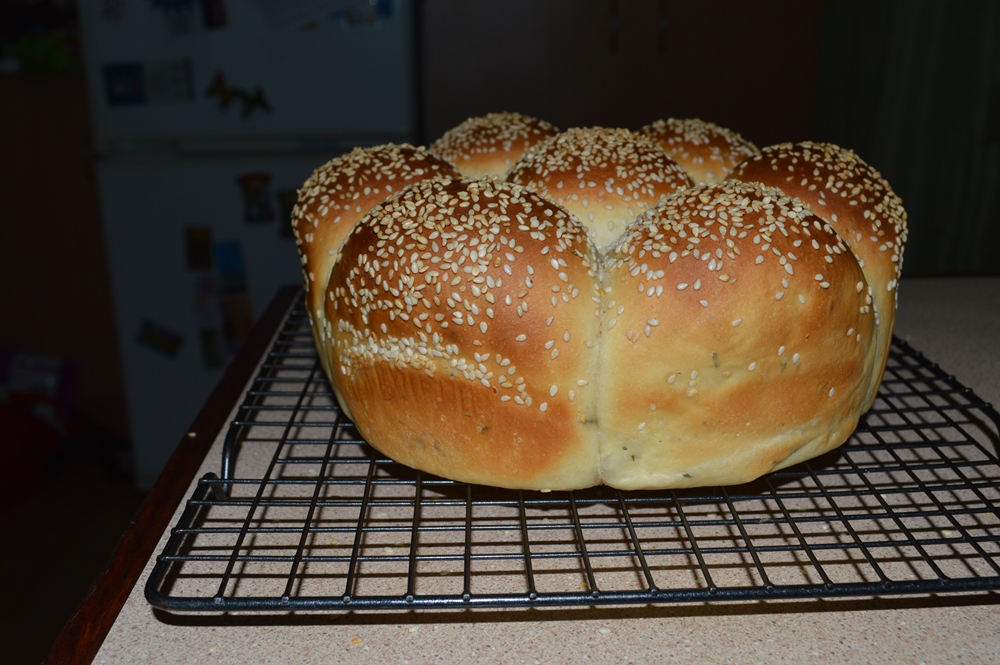 Another successful brioche, thinking of doing Chelsea Buns like this using Tangzhong next time around with the sultanas fully soaked and plumped up in brandy or a port.

That is a beautiful brioche and sounds delicious.

I certainly can share, perhaps you could share your details, click on someones Avatar and you can learn a little about  them, i find it invaluable when trying to help anyone if you know where abouts in this big wide world they hail from, you can even be suprised and find some one lives in your neck of the woods, I made contact with a local and we have had a couple of good baking time together!

The flour i was using is a new one to me and was available at the supermarket in a 12.5kg bag it was Sunfield  made by George Weston  and now part of the Mauri food group i believe. Its an Australian flour and although branded as bakers flour  didn't have a particularly high protein value.

This starts with making a roux  that is some of the flour usually 5% of the total flour in the dough  and 5 times that of the liquid in the dough formula.

This Potato and Rosemary  brioche  used 19g of flour and 75 g of milk and bought up to a simmer stirring the whole time  so as not to burn and keep a watch as the roux forms takes around 3 to 5 minutes . once cooled this is then added to the following ingredients and bought together

The mix allowed to rest and should feel nice and workable, i then add the butter and salt previously weighed up at Butter 45g and Salt 11g combined and beaten together , it is incorporated a bit at a time  as it get assimilated, mix until you get a super smooth and silky pliable soft dough its then placed in a covered bowl and proved until more than doubled in size its then knocked back, handed up into a ball and given bench rest covered with a cloth to prevent skinning.  The dough was divided into seven equal pieces  and given a quick roll up allowed a bit more recovery time and then rolled up into nice round balls and put into the baking pan which i lined with baking parchment, I selected one of my wife' s sponge cake tins. Th pan was then placed inside a plastic shopping bag so that there was a little tent over the proving dough this helps prevent drafts and skinning of the surface and stops drying as moisture and humidity from the fermentation process is retained inside the covering at about 3/4 proof i removed the cover and used a boiled cornflour wash brushed onto the tops and applied sesame seeds that stick well to the paste. the pan goes back into the makeshift proofing chamber until full proof has been attained. The gas oven was preheated to 200C  and a tray with a small terry toweling hand towel and boiling water was placed on the floor of the oven the  pan is then placed into the oven and the steamy environment from the wicking towel, i believe the cornflour paste and the steam generated assists when the dough goes into the oven allowing the dough to expand more easily. So there you have it.

The ingredient quantities can look a bit wierd but that's because the formula is worked out to produce a certain amount of dough  usually to fill a certain tin  banneton or tray.

Truly appreciate the recipe! I've only been on TFL for less than two weeks so am still getting a feel for things. I posted a recipe request for help on the forum but I guess it got lost in the crush. I'm amazed at the talent on this site, I'm truly inspired.

You are most welcome DCF well done on you Avatar and i see you are from Manila in the Philippines so already can deduce that you have warm humid conditions to deal with when baking plus  non availability of some flours. Again Welcome and look forward to seeing your maiden bread post.

i didn't see your original post and request, so just revisited it through the search button, may have been a bit too specific and members without that knowledge of that particular bread didn't engage It looks an interesting loaf and quite expensive. I havent had time to look at the recipe yet but may do later today, however the sun is shining and we have had a couple of wet and stormy days so garden may take precedence and i have a couple of chain saws and whipper snippers  whose spare parts have arrived and need fitting. We did enjoy the rain as everything is so dry  at the moment but the 100km winds with gusts to 120  are not great fun.  I will have a go at this loaf myself in the near future maybe next week kind regards Derek.

Yup, breads rise speedy-quick here in the tropics! I do love Australia though; my sister in law lives in Sydney and we visit every few years.

I would appreciate any help you could give regarding that mouna loaf. Your breads are awe-inspiring.