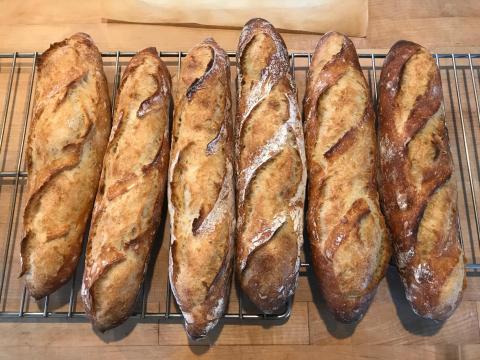 My long time lurking here started with the Bouabsa baguettes that Alfanso just posted about and I was doing the exact same recipe on the same day in celebration of white flour returning to our local supermarkets I made a double batch of them with KAAP and Wheat Montana AP to test the difference. I have tried to make a sourdough version and they tasted good but did not have the characteristics I like in a baton. This is a versatile recipe that I use for pizza, ciabatta, and all things white and holey. The only change I made in yesterdays bake was the mixing and folding. I used the Ribaud mixing in the bowl until the dough just comes together and then instead of the four points of the compass fold I used two of the now in vogue coil folds.

Baked at 480 on a stone on the bottom rack with steam from a sheet pan on the top rack that boiling water was poured into after loading. This time I made them short enough to go straight in. 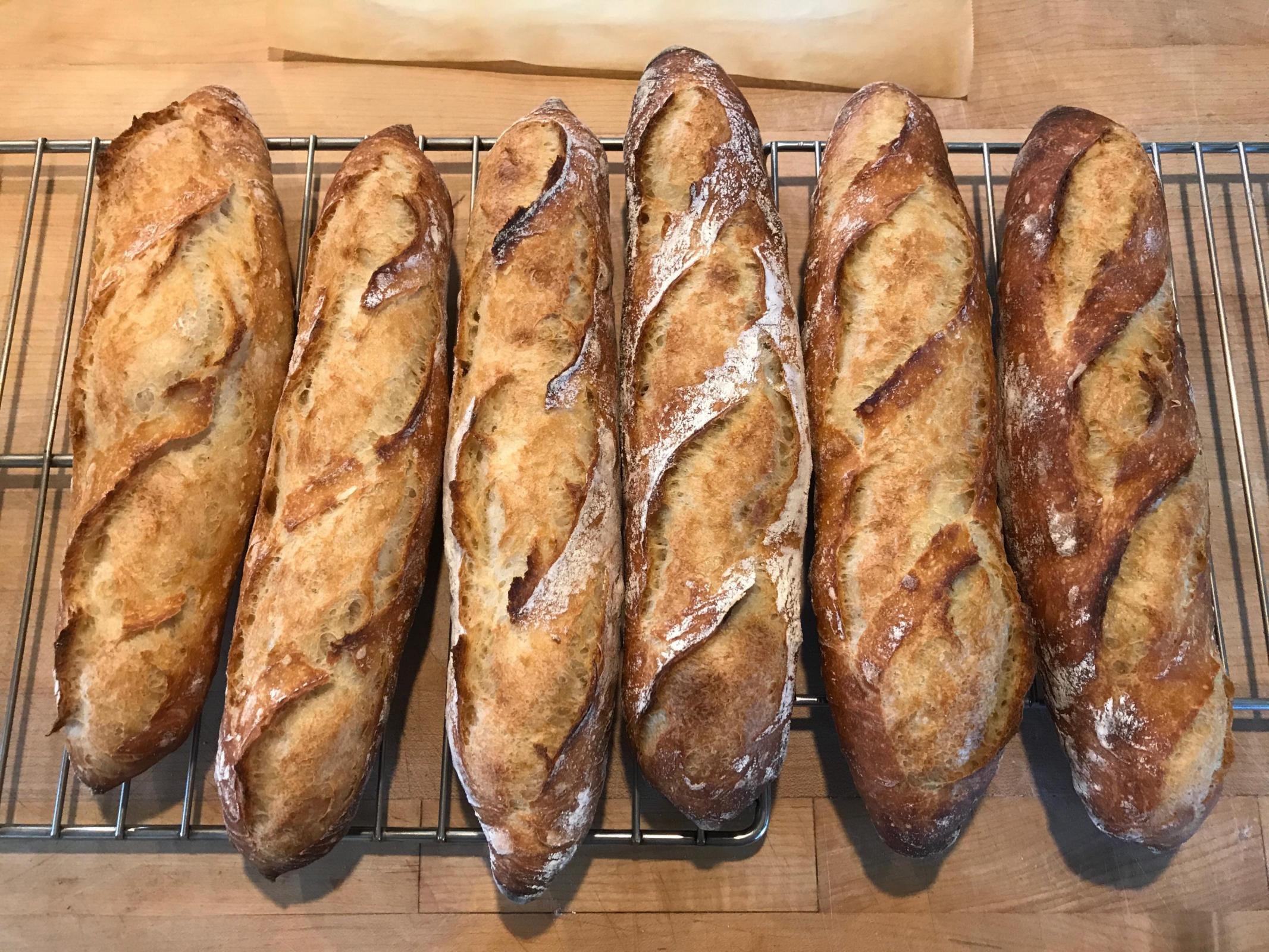 KAAP on the left Wheat MT on the right 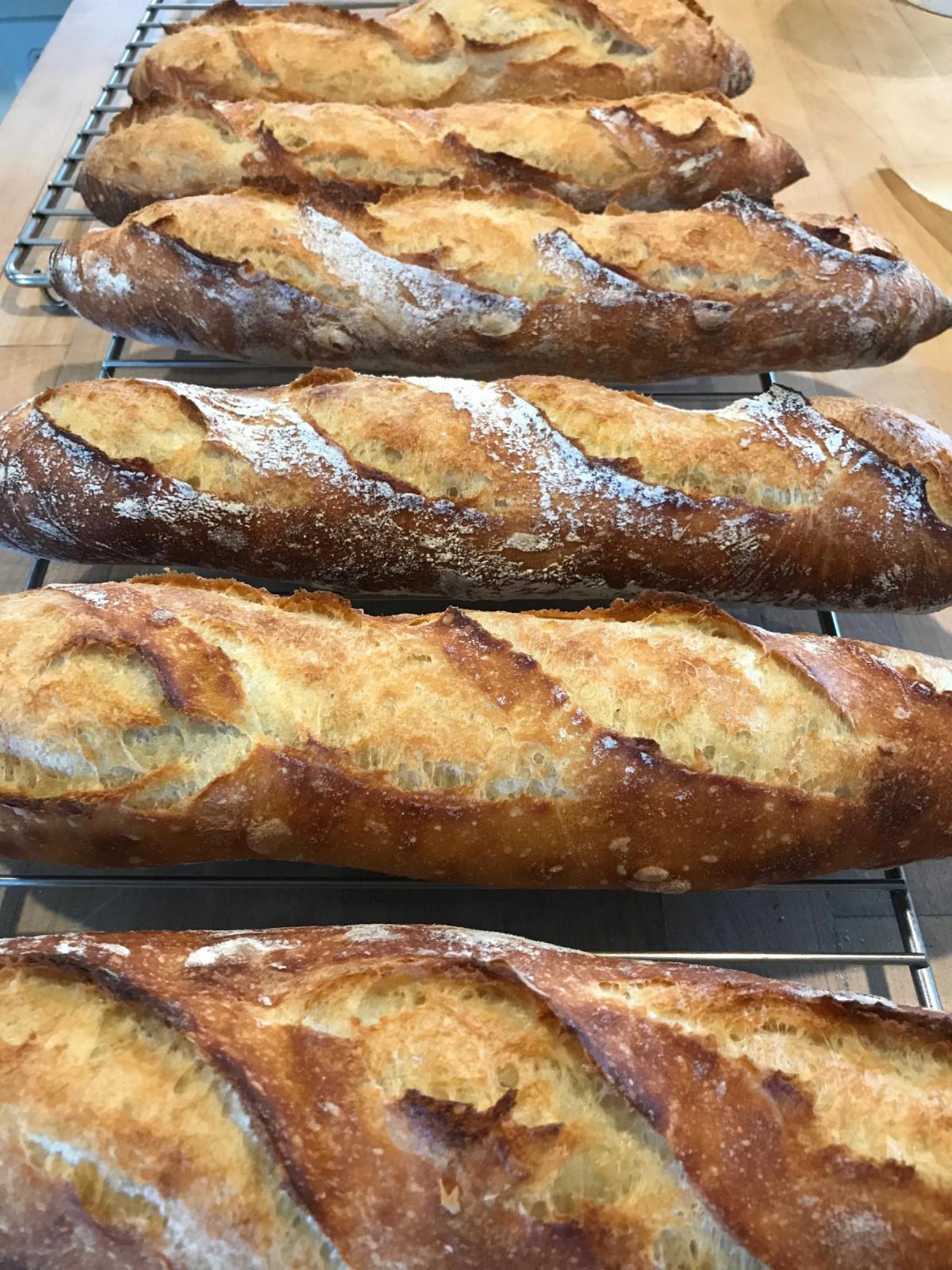 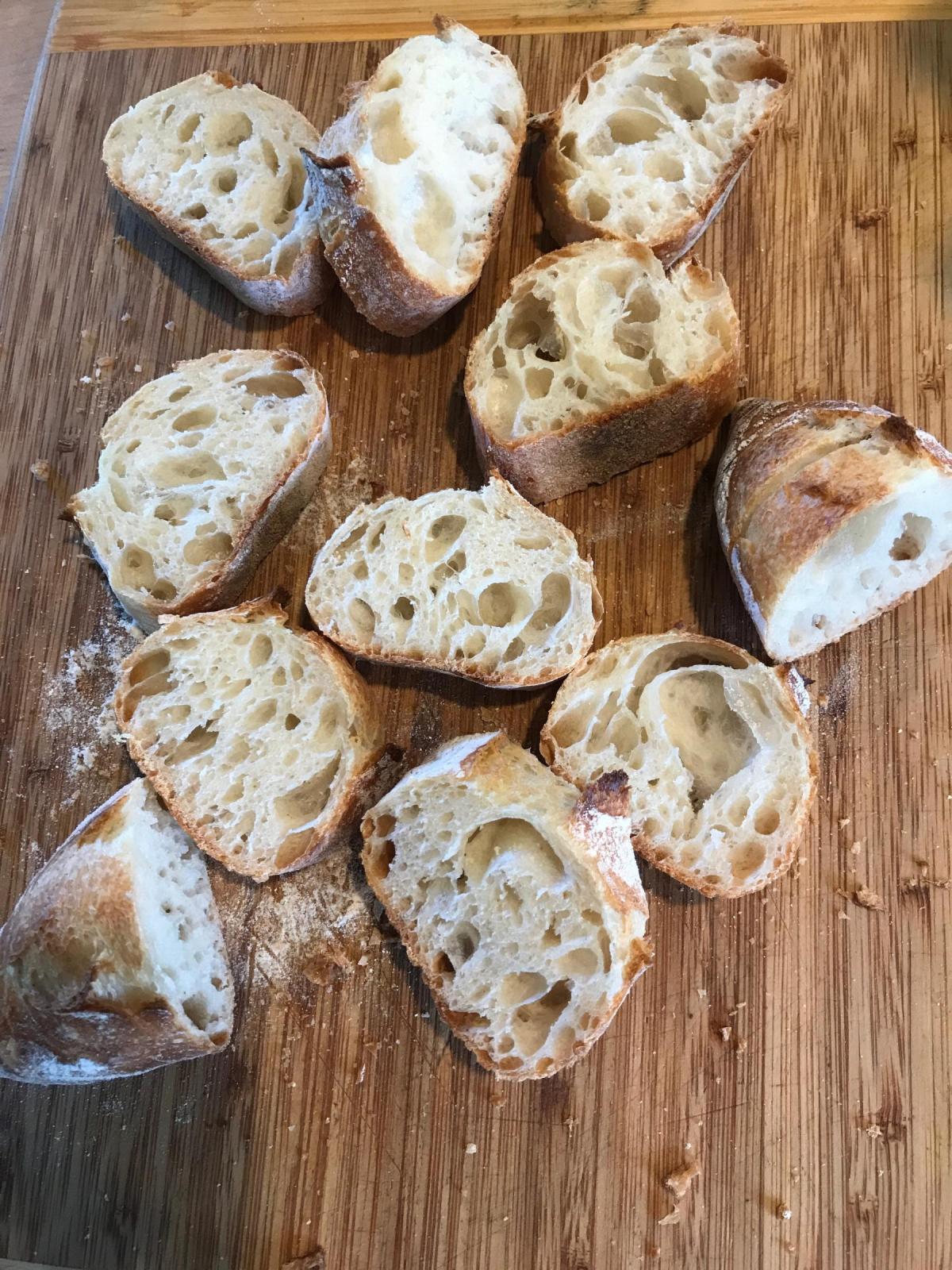 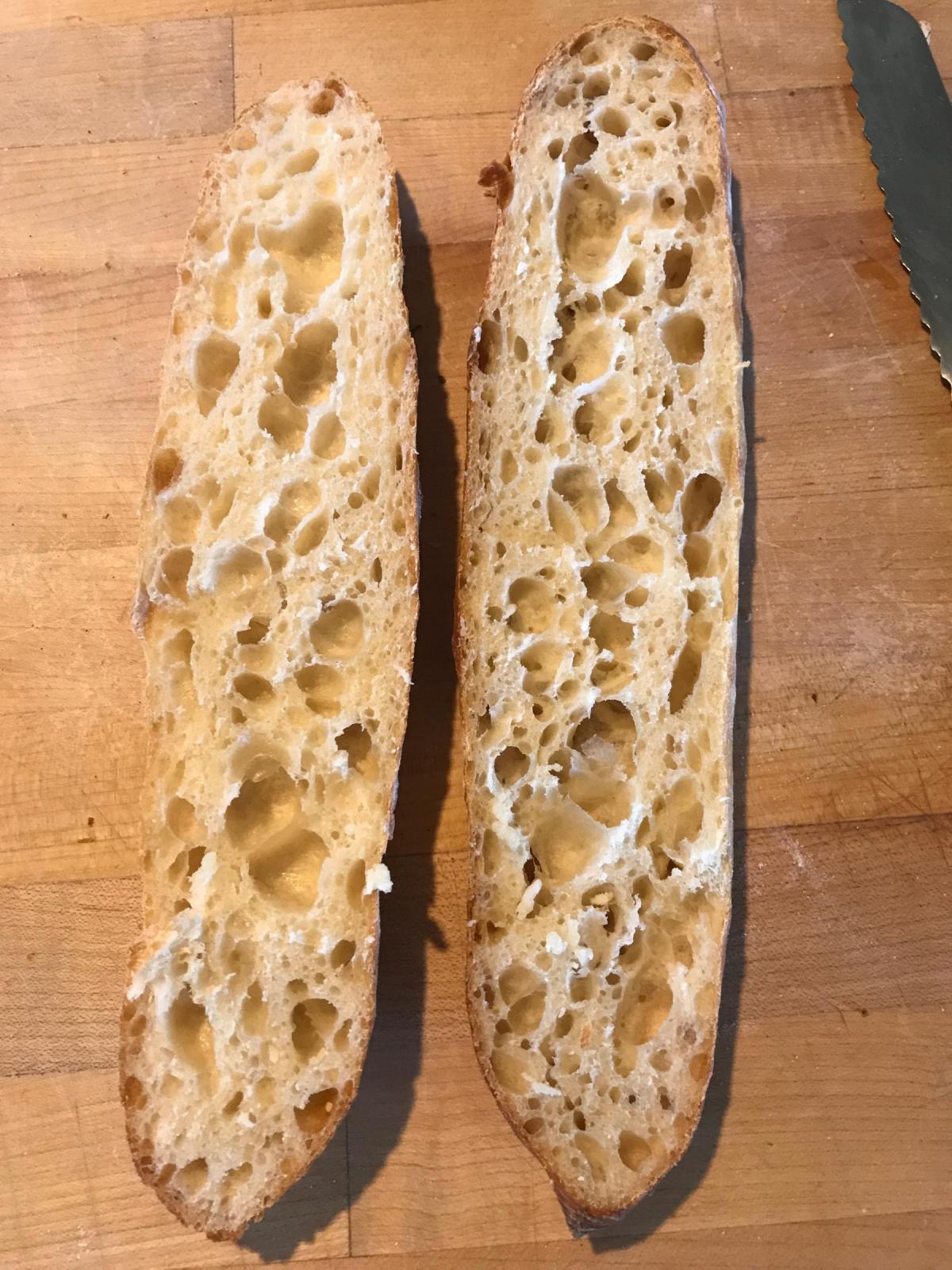 Like a lot of breads I make they are great when cooled but crispy and then they get a leathery skin for the rest of the day and are better the next day after the crust has softened. This one was smeared with PB&J and wrapped to be eaten the next day. The slices will be used to make my favorite french toast that sits in the egg and milk mixture until it is completely absorbed.

I suppose a Corona shape is in order for the next go round.

Wouldn't a corona shape just be a spiky boule?

Those are eye-poppingly beautiful loaves. What a gorgeously gassy interior they have!

I think the french word is couronne for a round wreath like shape. The virus is depicted as spiking like a crown hence the name. Thanks for the compliments

I've seen lots of images of the virus of course, but I had no idea "courounne" was a shape for bread. Glad to know now!

Wow, excellent baguettes.  Someday I will make them but I suppose I will need to get a couche or something.

The dough is easy to mix and mostly easy to work with after being chilled. The challenge is the shaping and scoring. Hammelman has a video about shaping that helped me a lot. The recipe posted by DMSnyder is the one I use.

I've always thought they're a lot of work! Made them once many years ago. You've made it look easy! Well done!

After the first hundred or so they have gotten easier. Not knowing any better I chose to tackle baguettes when I started baking bread. The Bouabsa recipe really made it easy for me.

because I said a lot about these in the other blog.  But it deserves to be said twice.  These are just great, and I / we hope these are inspirational to others out there thinking about dipping their toe into the baguette water.  Well, not to be taken literally, you understand!

It is a stellar recipe and finding it here was a blessing. I have always admired your ability to work within the baguette form and do other bread recipes with that style that only you have. I on the other hand have become rigid in regards to batons. This is the only recipe I need. I think the white flour and yeast aspect in a sourdough/whole grain centric world is what holds some people back. Maybe it's intimidation that keeps them away. I tackled it first before I knew any better and before the sourdough mistress came calling. Of all the breads I make this is the only one my wife will eat so I do my best to keep her happy by always having some on hand or in the freezer.

This is the first time I have made a double batch and thats the way I will do it from now on. Just keep the 2nd batch about a half hour behind the first. I would encourage others try a large batch to get more practiced at shaping and scoring. Besides the oven is already on and the stone is hot. They freeze well and reheat like it just came fresh out of the oven. There is no better bread to have with soup. There is my sales pitch. With apologies to the PC crowd and Me too folks."Show us your Bouabsas"