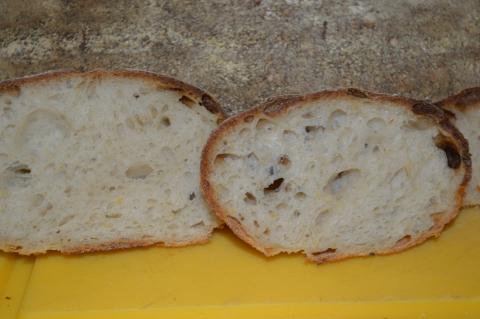 Yesterday i gave good old Black and Gold flour a run. The sour dough culture was revived from its slumber (2 months away) and was good to go. i decided it was time to try Chad Robertson's Tartine Country loaf. The formula differs from my normal 3:2:1 which has the levan @33% CR uses 20%.
I didn't have any wholemeal flour on hand so substituted that for Kakulas Sisters Multigrain flour i also added some wheatgerm too but other than that it pretty much followed the formula in his book. i also used less water too.
The method was to combine the levan and the water first then to add the flours and bring together into a cohesive mass leaving the salt aside for the Autolyse (rest) period, Mine lasted an hour, you then sprinkle over the salt and work it into the dough with a squeezing action until it dissipates the dough is then set aside in a good sized container and allowed to rest covered for an hour, the dough is then given a series of stretch and folds each hour and set to rest again each time i did S & F's over 4 hours, on the 5th hour the dough was turned out onto the bench and divided into 1 piece @750g for my regular Banneton and the other @ over 1100g for my longer larger Banneton. The dough pieces were pre shaped and allowed further bench rest of around half an hour, they were then shaped and inverterd in the bannetons (seam side up) they were placed in the much maligned single use plastic shopping bag (no longer single use) to protect from droughts and skinning, it also catches transpiration gases and moisture and maintains a moist environment for the dough piece to expand. The kitchen was quite cool @19 deg C so i used the Subaru wagon sitting outside in the sun with a very pleasant 31 degrees C Just about perfect. After just over 2 hours the proof was now ready the oven was pre heated to the max the tray with boiling water and a terry towel hand towel was doing its thing in the bottom of the oven the first loaf was tipped out onto a hot baking sheet and scored and into the oven the temperature was set at 210 C. The idea of cranking up to max is that a lot of the hot air is lost when the door is opened for loading plus the steam generation is also lowering the temp as steam is formed at 100.
the steam tray is pulled from the oven after 10 to 15 minutes once the crust is set and there is no more oven spring taking place. the bake takes 30 to 35 minutes to complete.
On this occasion the second loaf followed the first, i had placed this in the fridge whilst the first loaf baked just to slow its development.
Over all very happy with the result and will be trying this one again quite soon, It will be a good swap for some caper bush cuttings and possibly some caper seeds too from Fiona 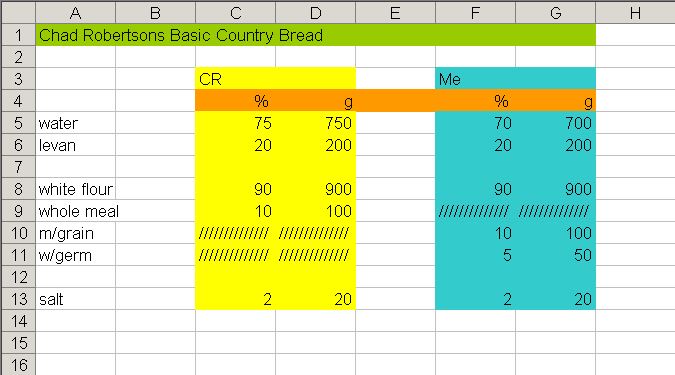 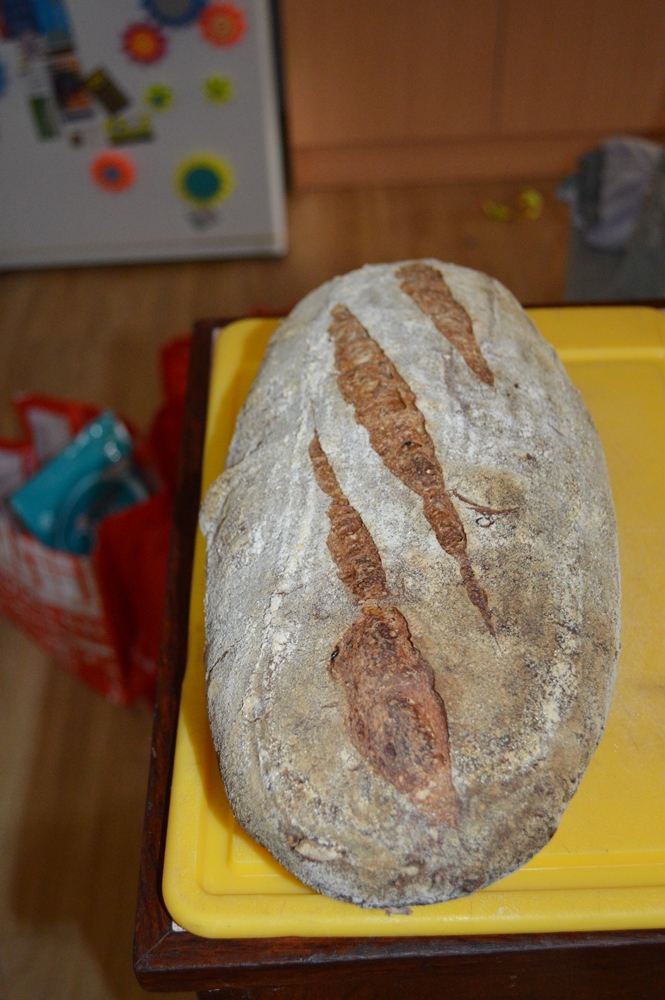 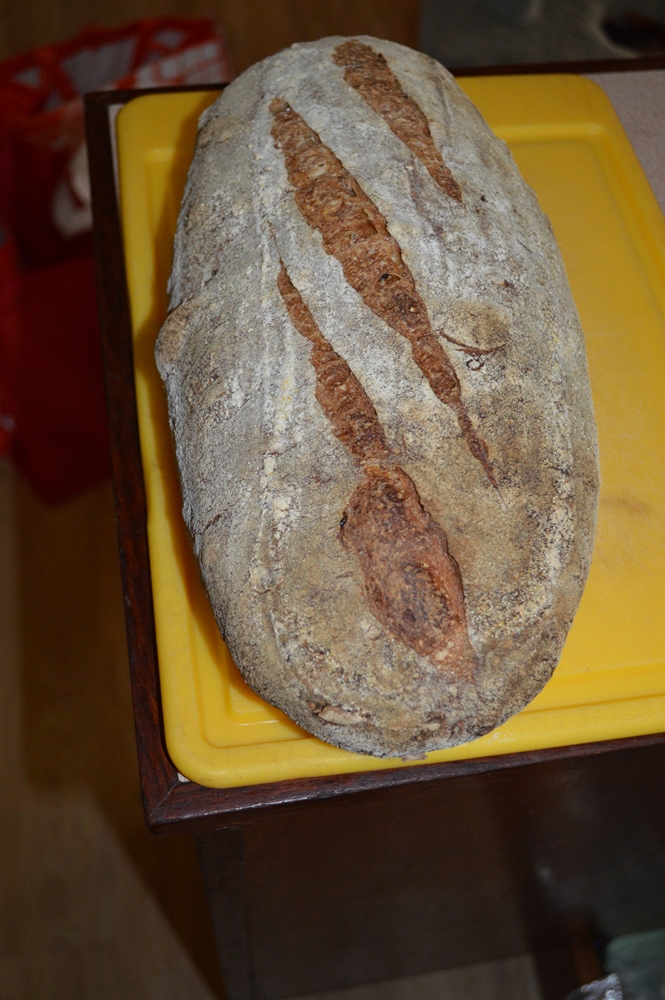 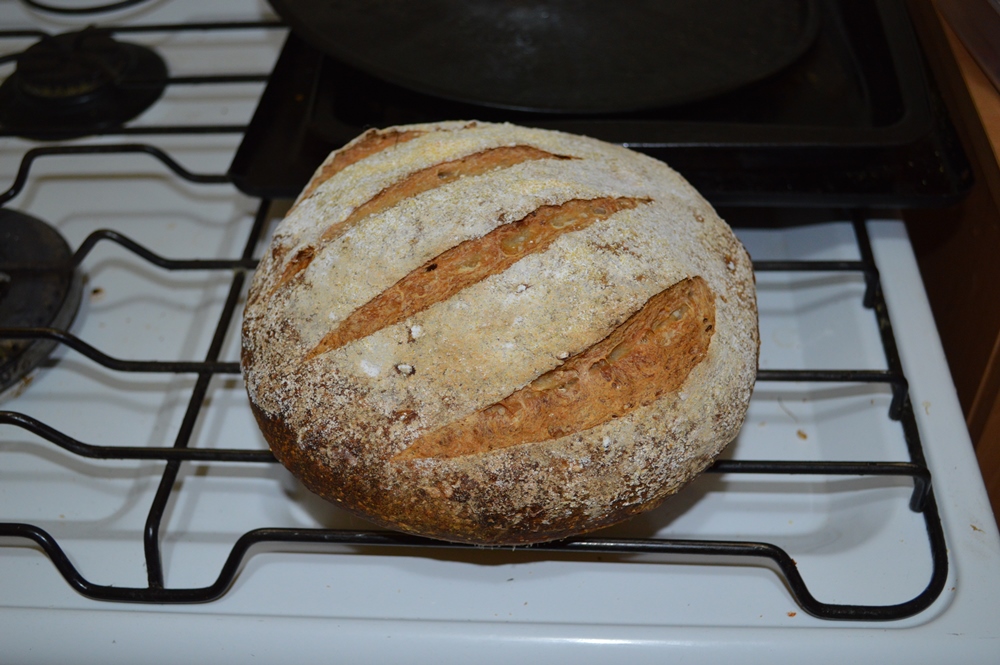 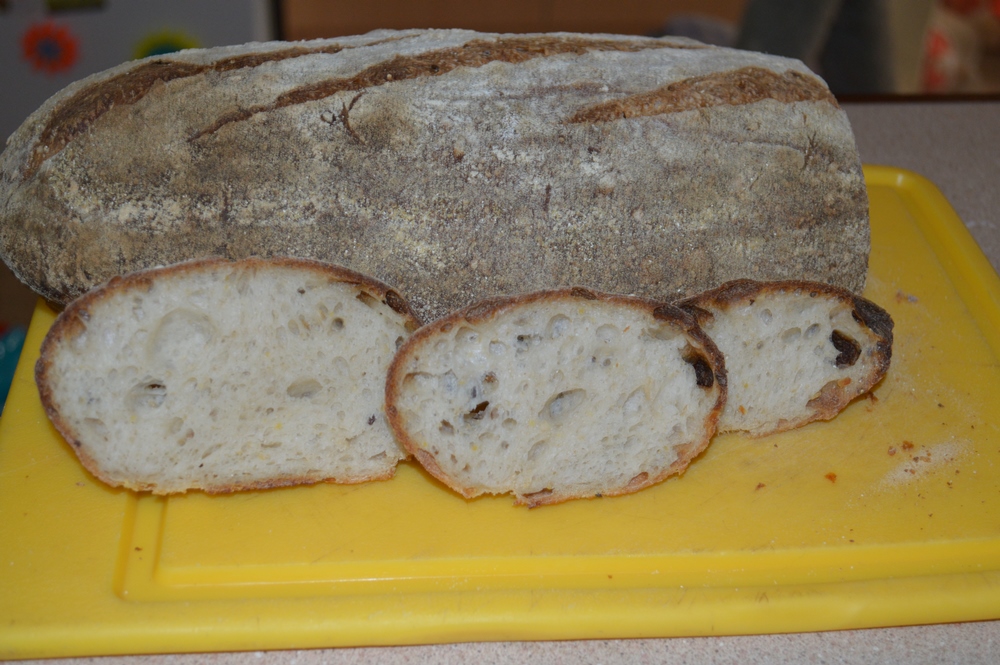 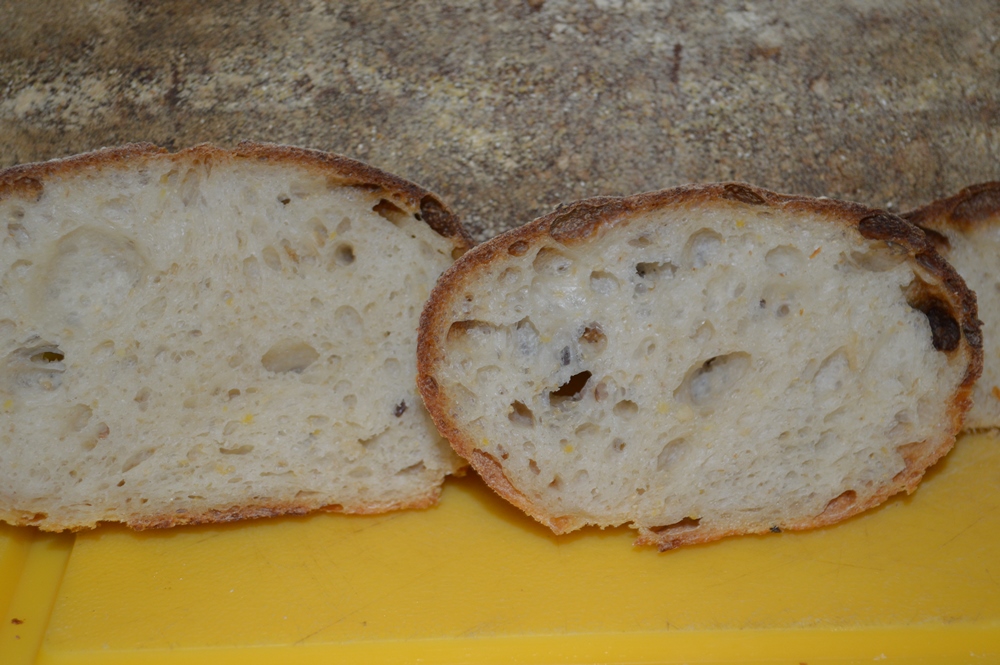 You were gone a long time so some good bread is one way to rest up and relax after R&R:-)  The Subaru Wagon proofer is a classic.  Very nice indeed!

Thanks Dab, i have a few posts from on the holiday still to come with baking in the South of France and the UK.

I have long used the Automobile proover, employing a wide variety of models, i did come unstuck recently though when my wife took my car the Subaru to Fremantle, i went outside to bring the dough pieces in for their bake only to find that they had gone for a ride. i phoned the wife emphasizing the need to make  a speedy return home! she can be gone for quite a while, and in fact a couple of times previously i thought perhaps she had found another man and wasn't coming back. Anyway on this occasion the loaves made it back in time to be baked off.

I cannot help but laugh on this one! LOL

Very nice looking loaves! It would be good to see your baking adventures in Europe.