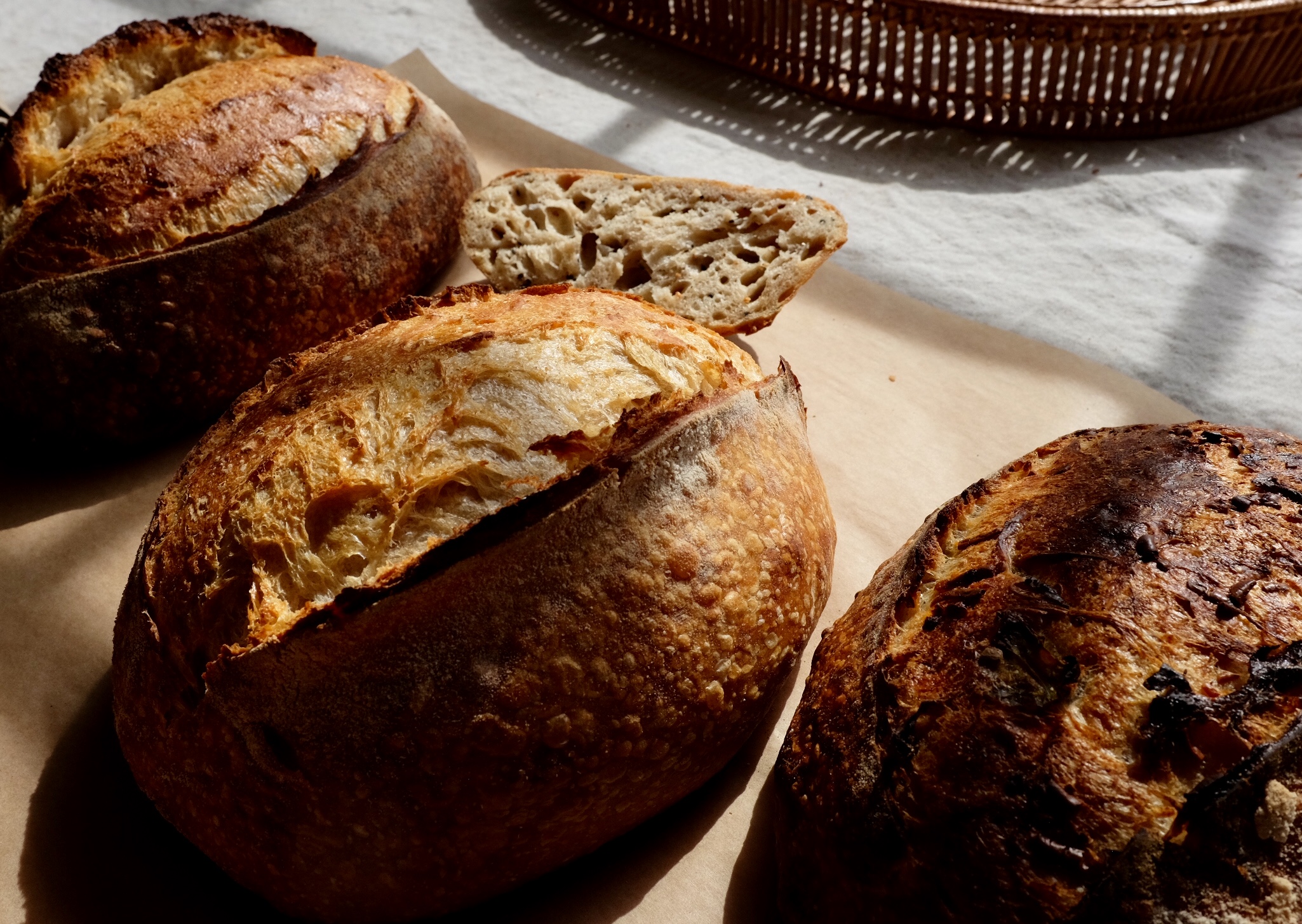 I've been invited to use a friends commercial kitchen to bake my sourdough bread. I've done several bakes over several days there, and have been disappointed with each one.  Chief among my concerns is the fact that I cannot disable the convection mode. The convection is either "low" (which is ridiculously high) or "high" (which is like a jet engine). It is destroying my sourdough breads. There is no ear, no crust formed. It's just light brown, or seared, a big lump shape, the scoring disappears, and while the inside is quite tender and has its normal nice large crumb, the outside is awful. thick, chewy, bad. It's just completely unrecognizable when it comes out, and I'm running out of methods to experiment with trying to get steam into the oven.

I've tried lava rocks with boiling water in a cast iron alongside rolled up saturated towels, and misting. not sure what else there is to do except return to my own oven, which has "regular mode" (non convection) and which has always produced beautiful loaves with dark caramelized crusty loaves which shatter upon eating, and a hydrated, tender crumb inside.

I'm disappointed, but the mad scientist in me still wants to know if theres a way to make it work. Please! Before I give up, let me know what your thoughts are. What else may work? How do you work around this?

I'd love to make it work, and be able to use this commercial gas convection oven. I'm grateful for any pointers. EDIT: The image i just added at the top of this post is of my normal loaf. Im adding now the loaf that the commercial convection oven is producing.

where I teach.  Staff tell me that it is great for roasting but they never use it for cakes or cupcakes because the fan is so strong.  Breads tend to turn out overdone and heavily crusted, partly because it won't hold moisture and partly because it bakes so fast.  Even when I run it 50F below the required temperature, I have to watch it like a hawk.

Thank you; yes Paul, that is exactly what is happening. Although it’s not heavily crusted. I wish there was a crust. It’s....just dark beige. And soft and flat. If I’m not preheating the lodges (Dutch ovens) long enough, would that have a negative impact? At home I preheat for an hour. I was told by the kitchen staff that it only takes 20 minutes maybe 30 minutes to preheat, so that’s what I’m doing. Could that be it? Could the problem be that if the lodge isn’t thoroughly heated through by bake time, the loaf is not cooking enough in the lodge for first half (20 minutes) of bake, so when I remove the lid for second half, it’s just sort of browning it all? It feels like a giant hairdryer is hovering over it. It doesn’t feel cooked.

"kitchen staff that it only takes 20 minutes maybe 30 minutes to preheat,"

Thank you TGrayson, How long would you preheat the Dutch ovens for? What I had been doing was turning the ovens on, then putting the lodges in, 20 minutes later it buzzes loudly to indicate it’s at desired temp (but lodges maybe not!?) so i then load each loaf into each lodge. 450 (bc I assume 500 is way too hot) and then 20 minutes later I open the lodge and....I’m horrifed.

No idea. You probably should start with an hour. You could turn the oven as high as it can go and then turn it down after a while, which would speed things along.

Ok; I’ll see if that’s the issue. Thank you!

Try to cut off power to the convection fans if you can and observe the results. I typically preheat for 20 min only. I think one hour is an overkill and waste of energy

I can't change the fan in any way.

I've baked both with convection "on" and "off".  My oven is electric, with minimal venting.  Results are similar except the convection requires less time and/or lower temperature.  Heat distribution seems more uniform due to the circulating air.

On the other hand convection fan interferes with steaming and associated crust thickness (unless steaming method uses a covered lid).  Shouldn't make much difference when using a Dutch Oven, since the DO is an enclosed (trapped air) oven within an oven.

Is what you have a home convection oven?  A commercial convection oven is different in that the electric elements are actually in the oven chamber but in it's own cavity behind a shield, the only heat source is the fan drawing heat over these elements, so no radiant heat.  Home convection ovens are usually similar to a normal home oven but have the ability to move the air with a fan to try to mitigate hot and cold spots.  Two different animals.

It's definitely not ok to me. I've posted at the top of my posting a photo of my normal home non convection loaf. added in the comments is the loaf i get from the commercial oven. there is no crust, no caramelization, what crust there is is chewy and soft.

My home convection oven has radiant heat from above, hidden heat element below, large fan at rear to circulate the air.  Did not realize that "commercial" convection oven was so different.  Thanks.

Back to (a variant of) question posted, should I be using convection setting "on" or "off" in my home oven?

gerryp123 respectfully, if you need questions answered about your own situation with your own oven, please post a separate query and you will receive replies for your exact situation.  I need help with mine, which is why i posted a specific scenario and need help with it. I really don't want to confuse your issue with mine, here in my post.

You are correct.  Rude on my part.  Sorry.

No, the oven in question is a huge double garland commercial convection oven. My bread is great at home and awful with this commercial CONVECTION ONLY oven. I’ll post photos for reference. 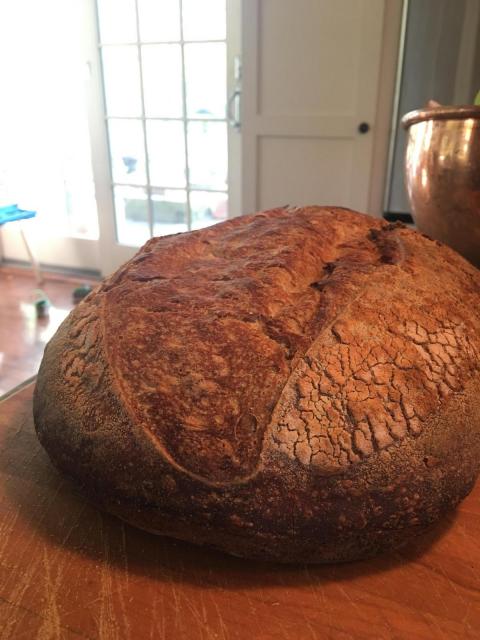 To protect against the Hurricane force oven blast I suggest using a cloche to protect the crust and to better emulate a steam injected oven.

I know it’s been a while, wondering if you were ever able to figure out your sourdough baking in a commercial convection oven? Any suggestions are welcome! Thanks

I have a convection oven as well, and I don't use it because I believe the fan has a tendency to undo what the steam is trying to do by blowing it off the surface of the bread during initial spring. It keeps drying the bread. I also assumed that the part of the bread closest to the fan may bake differently. I figured that the heat may be good, but the steam is disrupted. I just turn the bread around if necessary after the initial oven spring stage, and it looks awesome.