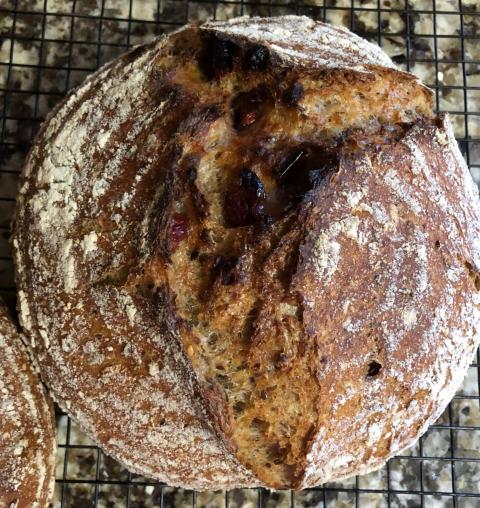 At the one of the local bulk stores, I came across some barley flakes. I had been wanting to try barley based on Ian’s porridge breads so barley flakes came home with me. I love cranberries (as if you didn’t know by now) so cranberries were something that needed to be added. Searching TFL for a fruit/barley recipe, I came across a recipe from 2014 by Emkay: http://www.thefreshloaf.com/node/39217/so-many-apricots-and-barley-porridge-apricot-bread. It was very helpful in creating this recipe.  Then I found my rosemary cranberry pecan crisp recipe and though why not: Rosemary and seeds too! The rosemary can be omitted but I know it gives an amazing flavour to the crackers but I also know that a little goes a long way. So here goes:

A night or two before:

The dough felt really silky as I was doing the folds. I don’t know if it was the barley or what but it was nice!

I also like using no flour on the counter when I turn out my dough and rounding using only the dough scraper. This is only the second time I have tried this and it sure makes a lot less mess. I still get a bit of dough on my fingers but nothing like usual.

In the end, they turned out quite nicely with decent oven spring. Crumb shot when we cut one open. 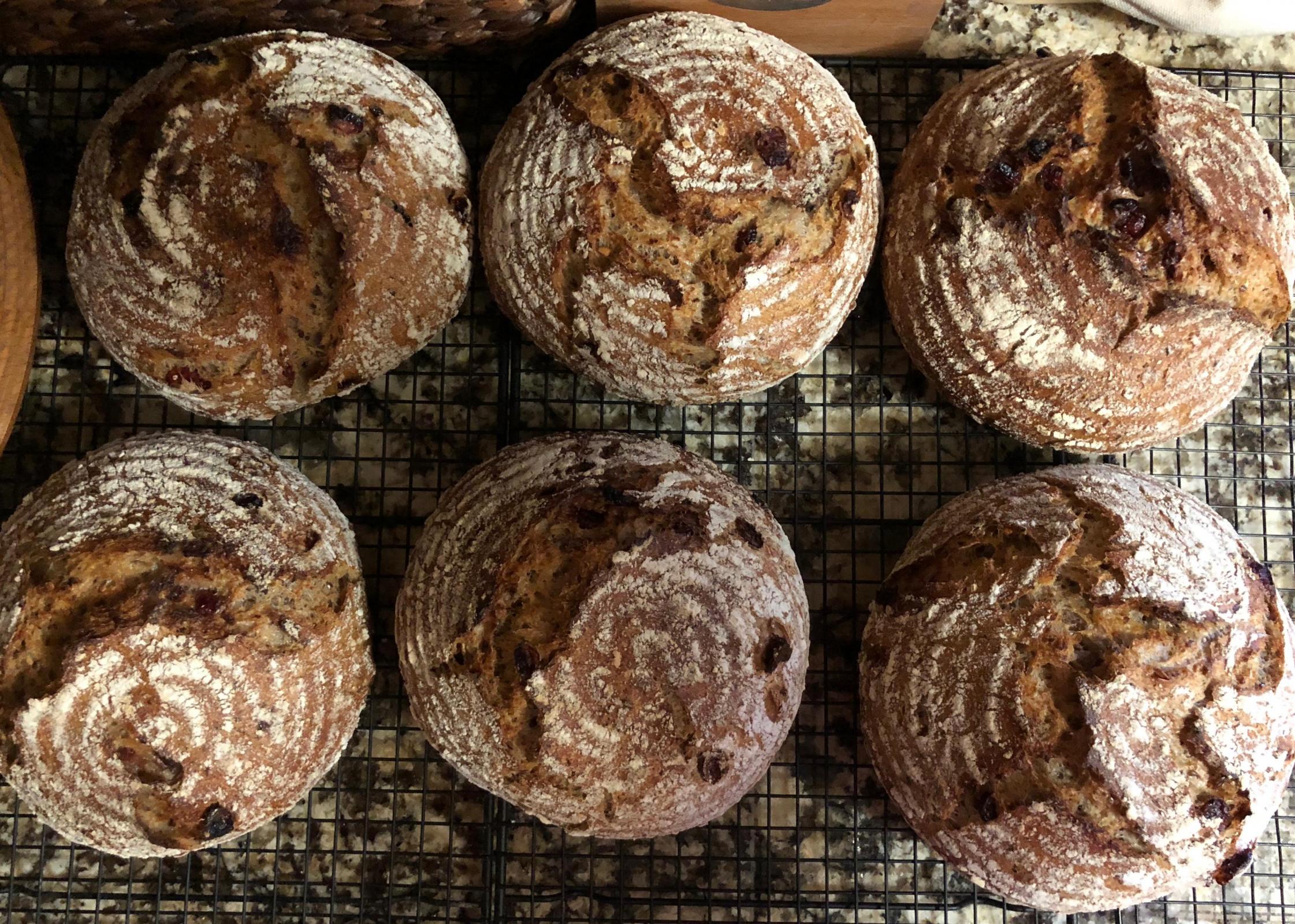 This has to be some kind of tasty bread.  Lots of stuff going on in them for sure.  Can't wait to see the crumb.  Very nice and

You've gotta find a way to ship to London. And fast!

As a side note the barley flakes I'm familiar with are rather like jumbo oats. The ones you use seem to be like grains.

Today I did a recipe which called for toasted caraway seeds. A first for me. I've always put caraway seeds in as is.

in the final flavour of the bread.

My flakes are similar to oats, just a bit thicker. There they are soaking, here is a picture of them dry. 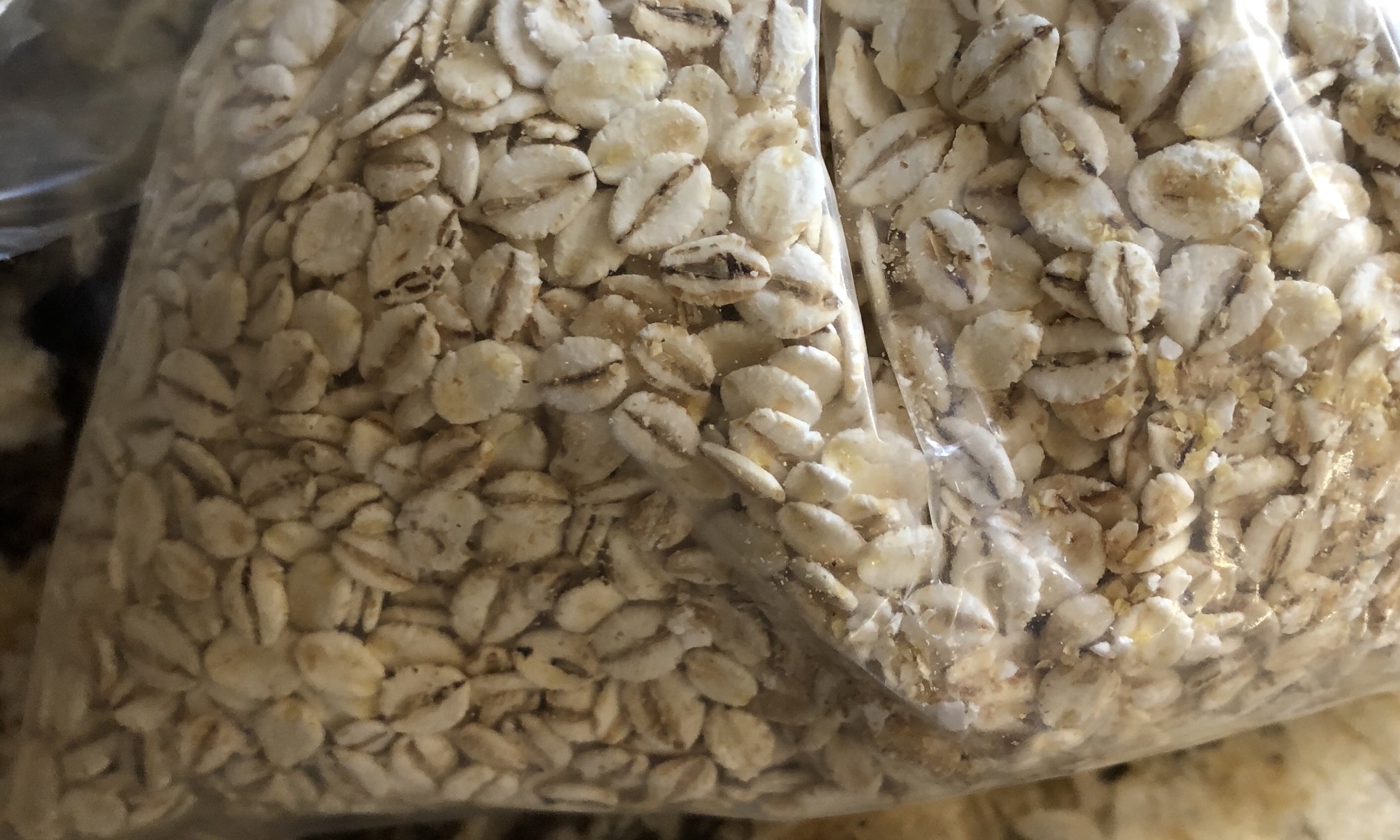 Yours do look a lot more like rolled oats! They would absorb water a lot more quickly!

I always thought that I don't have access to barley flakes in my area but that was so wrong! Yours (not Lechem's) look exactly like those sold in the supermarket here! Only that they are suggested to be cooked with rice to increase the nutrient content. They are sold by Japanese brands with only the translated Chinese name '押麥' which I translates to rolled'押'wheat'麥' rather than rolled barley. This is due to the fact that wheat is translated to 'small wheat'小麥'' and barley is translated to 'large wheat'大麥'' in Chinese so both are called wheat'麥" ! I figured out I actually have a large bag of rolled barley in the cupboard! Time to make a barley porridge bread!

Not terribly open but very moist! The rosemary gives a nice top note when you first bite into it then you taste the cranberries. I am glad I didn’t use more rosemary otherwise it would have been overpowering. 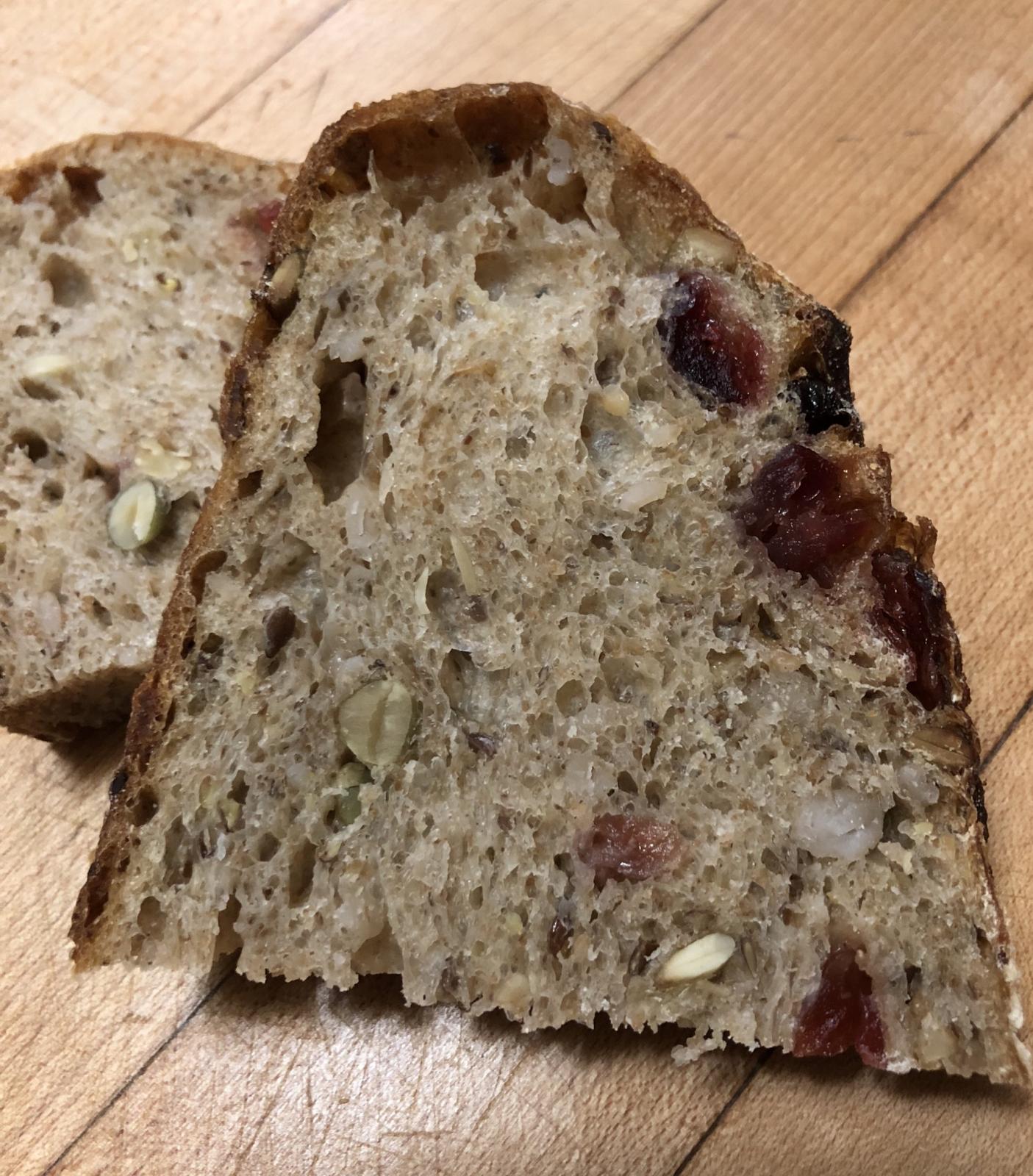 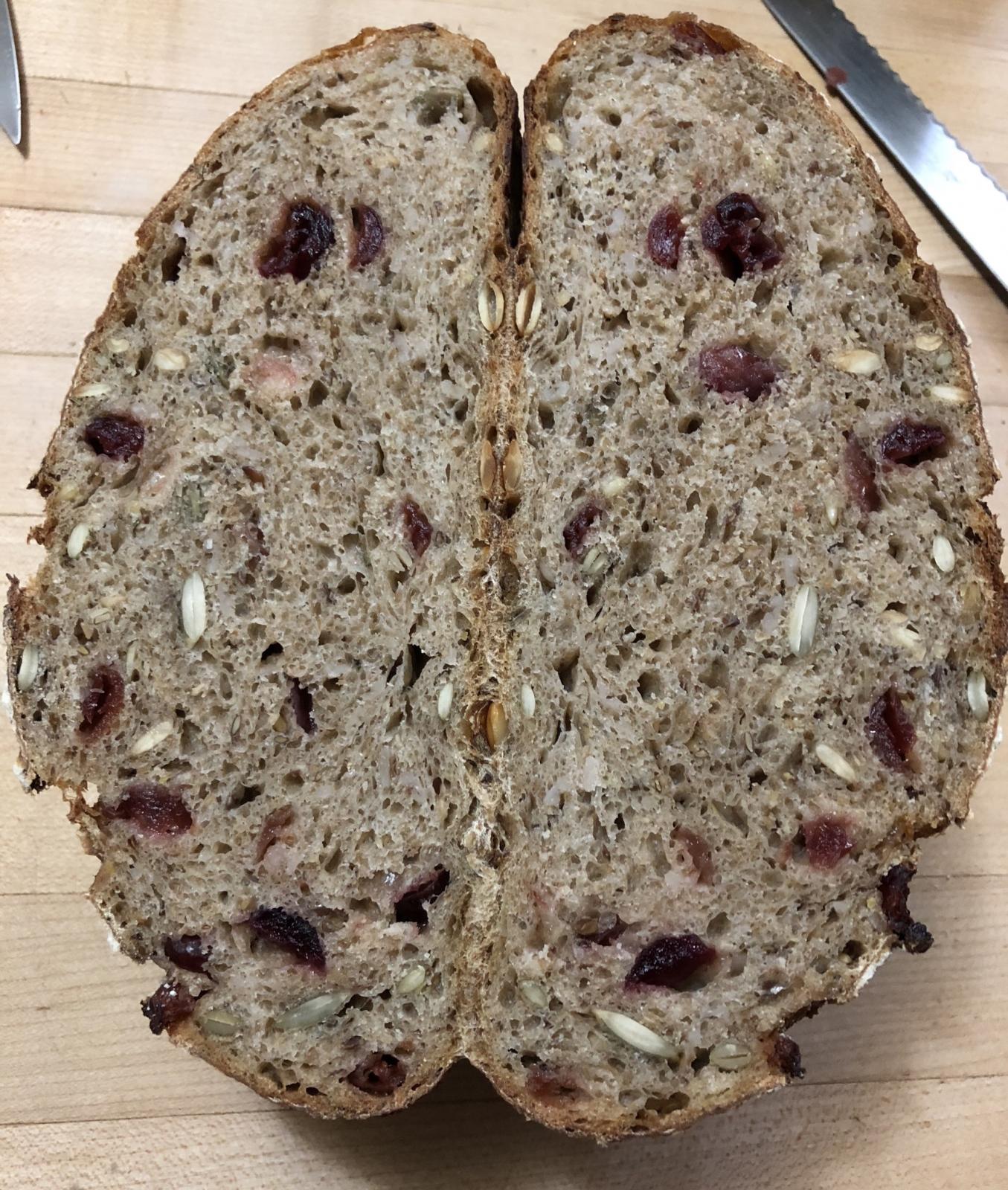 but they all are, and they help to tell a story.  I'm waiting for your Parsley, Sage, Rosemary and Thyme bread.  Simon says!

and I can only imagine how tasty they are judging from the look.... Kat

These must taste great.  Nice detailed write-up and the crumb may not be as open as you like but I'm sure it tastes just fine.