I know it's been posted by others many times, but I hope y'all won't mind my echoing the enthusiasm for this recipe.  It's kind of amazing how delicious it is.  This was with no extra yeast and cold fermented for 8 hours or so.  It still kind of blows my mind that you get these results with basically 1.6 oz. of starter.  This is my new favorite 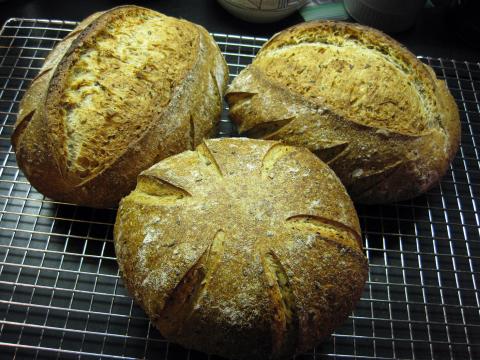 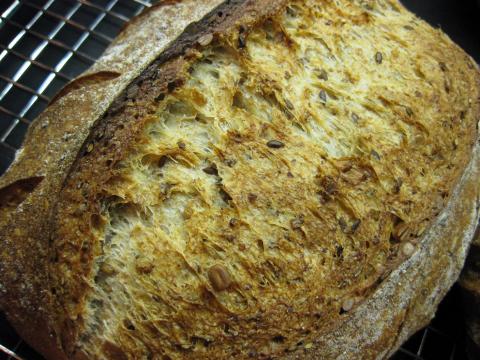 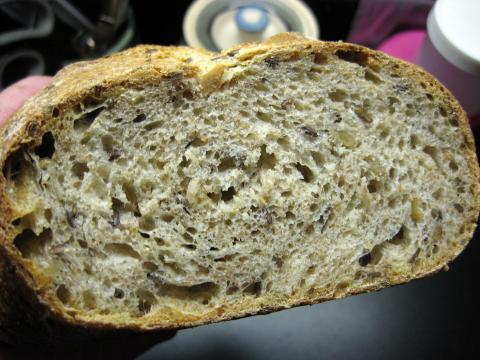 Just beautiful! It is amazing how good it is! Well done!!

and yes, I agree it is a really yummy recipe. Did you toast the seeds too? if you didn’t, try that next time as it really does add to the flavour.

I did toast the sunflower seeds and do for most of Hamelman's recipes that call for them, rather than including them in the soaker.  The other thing that was different was that I used rye chops instead of cracked rye, and because of this it was a cold soaker.  As a result, I had to cut back a bit on the water in the final dough (he talks about this in the recipe) and even so, it was very moist.

Nicely done.  Thanks for sharing, because it's exciting to see how the same recipe looks different from baker to baker.  This is one of my favorites and yours is a very skillful example.

That is some great looking bread!

Nice scoring too.  Do you have any photos of the scored loaves before they went into the oven?  My primary question is the depth of the top cut in contrast to the shorter ones on the sides.

You know, I didn't take any pics before they went in (I'm usually freaking out too much about getting them in the oven).  The top cut is definitely deeper that the side cuts - maybe 1/4" - and is at an angle, which I've realized 'encourages' the ear to form.  I've done it vertically as well, and the dough spreads out evenly on either side of the cut in the oven.  I'd say the side cuts are maybe 1/8" deep, though on the round loaf they're more like 1/4".  I'm using a curved lame.