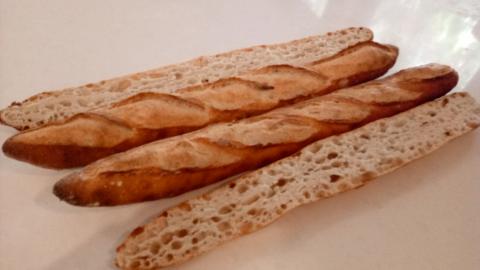 Recently there's been a few posts mentioning the 10,000 loaf benchmark and since I have been keeping rough track of how many baguettes Ive baked in the 1.5 years its seems about time to officially call it 1,000. So this is about what one can expect thisbfar in and hopefully some of the things I have learned can help reduce the number of times other baguette enthusiasts have to weather through to get a decent loaf. Hardest part so far has been getting that nice cylinder shape and in this case the middle loaf really came together well this time. It takes a long time and many failures but nothing's more satifying than see it all come together - happy baking amigos !

This is probably the nicest shaped loaf I've baked.  Its funny how after rolling so many you hands just seems yo get a feel for the dough.  Btw the less effort and fewer rolls seems to help a lot.  Also i cannot stress enough how one thing alfanso said a while back regarding pre-shapes - that is any imperfections are amplified - this is so true, 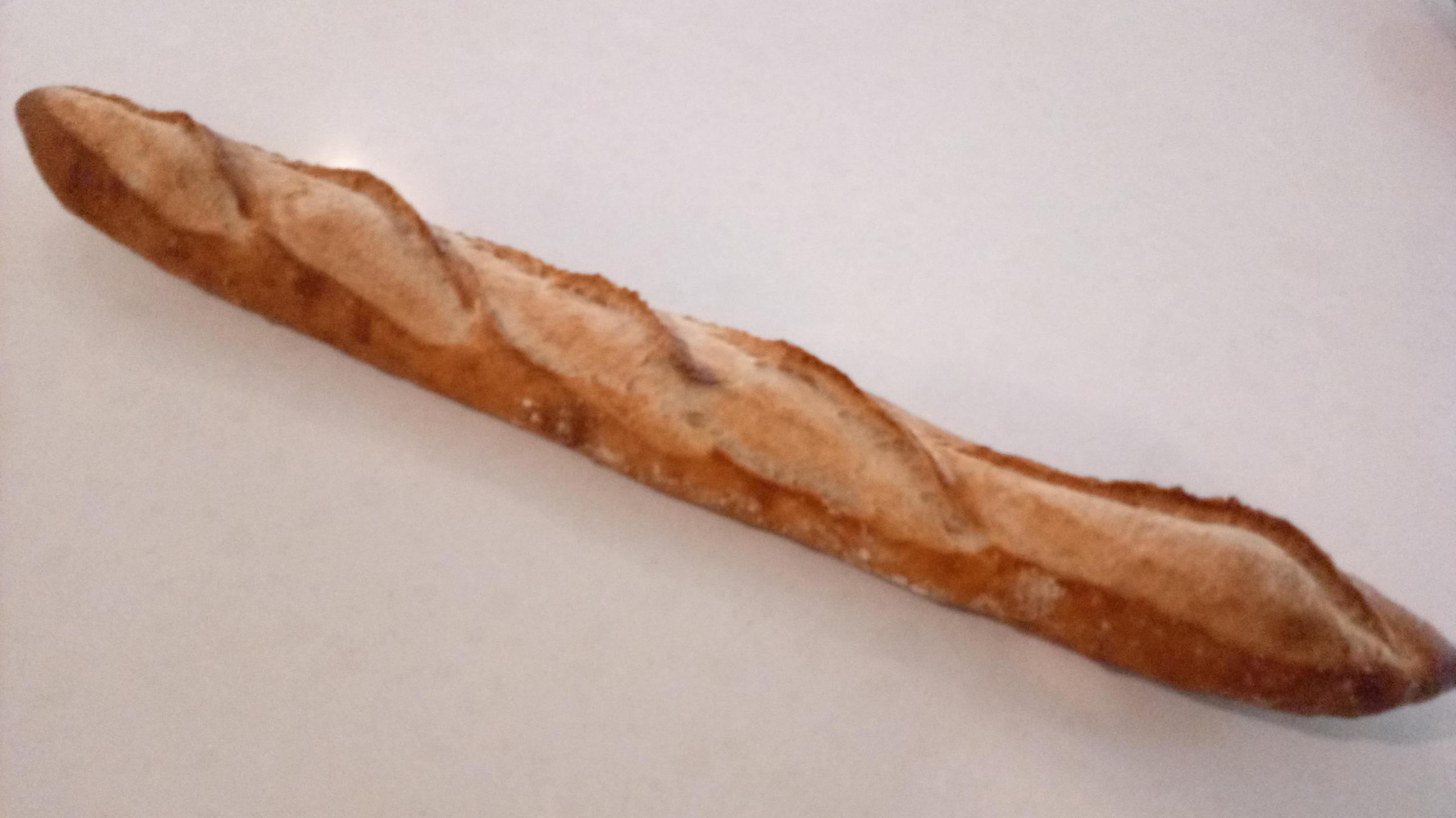 although a pro may be able to take the most mutated pre-shape and correct, its not worth the trouble to skimp on attention to preshapes - get a nice preshape and go nice and easy on the final and chances of a nice final are only increased :)

to add to that would only dilute the message.

maybe it's time to start the levain versions, as there really doesn't seem to be anyplace else to go with these.  Dozens of great levain formulae to tackle.

as far the impact of imperfections downstream, that was something that I learned early on in IT - the cost of correcting errors magnifies in time, money and resources the further along the maturity of the project goes.

Thats thr question where now ? I was thinking more about seeds over sourdough mostly because I jist dont love it like many people do, definitely got some thinking to do ...maybe both seed and levain or a mix / hybrid yeast. Before trying bread and joining tfl I did a lot pastries and having a lot of fun on the side with laminates so will see what the next ocd challenge is. The best part about all this is it seems some other members interest in the all mighty baguette has begun to surface and with all the combined commentary here it should be fun to see some other quests - btw you are way beyond this milestone - we gotta sic you onto something too !!!

sour -dough, you wont get to first base with it.  If you consider levain as nothing more than a leavening agent as is commercial yeast, and an anti-staling agent then your outlook may be different.

I really don't like the sourness of sour bread nor sour beer, although I love both base products dearly.  My levain is never sour and there is just the slightest hint of the acrid flavoring that many other levain/sourdough produce.  In fact I'm not so certain that I could convert my mild levain to more sour versions if I tried.  And I generally don't work with young levains.

So...maybe it is more of an emotional and experiential thing with your dislike of levains as an overall product.  But if you were to bake with levains that don't impart a sour aspect then you gain some valuable flavor notes, still get a good rise and can create a bread that doesn't stale nearly as quickly as a yeasted baguette.

OTOH, if you are so enamored with the flavor of the fresh yeast, then there is no need to experiment further.  But this would, IMO, be hamstringing you from finding out what else you can do with baguettes.  And from my own experiences, there's an awful lot to try.

Sourdough tends to be a bit tougher at least thats what i find with my own bakes and bakery breads so to your point i just prefer the flavors of the wheat that seems to come through more with yeasted breads - i usually have a starter that i feed each week and use on occassion and of course have experienced different tang factors depending on the age of the starter. Ya know what - next batch (after tomorrow) will be a levain - its been a while -I'm so dialed in to the yeasted timings etc that it should be a fun change up - ok youre on - may ping you in the meantime with a few questions ;)

Your comment suggests you have the motor memory. You can appreciate the "practice, practice, practice" saying. For better or worse, the cliché that applies from this point forward is "use it or lose it."

I don't make baguettes very often of late, and I know my skills have diminished. The good news is, once you have attained your level of mastery, the skills come back really quickly, even after a substantial hiatus.

The motor memory thing i tried to explain a few weeks back - a sort of clicking feeling which reminded me of my earlier days slinging pizzas - i dont do then often these days but after enough repetition you can sort of blind-fold shape - same thing here just i think cylinders are harder than disks - dunno why but for anyone handling dough I am sure its a familiar 'click' whereby no amount of research, reading and / observing can substitute for repetition. Overall however its very therapeutic ;)

your obsession speak for themselves --- and that it took you only 1000 baguettes to hit a level of expertise most would look for after 10 times that many.... well, that is one heckuva testament to your dedication!

You've sucked me in to trying these flippin' tricksy shaped beasts - but I'm fighting the urge to become obsessed with them!  I've got too many things on my "gotta try" list to get as dedicated to one challenge as you have.

Thanks for all of the advice and inspiration with the baguettes (and the hope that someday the muscle memory might click in!) --- and looking forward to seeing the same results from your laminated adventures, your caneles, and, of course, your complete and sudden departure in to sourdough seeded porridge loaves ;-0

Long before we made our appearance on TFL, there were a few doyennes of the baguette.  Of course the legendary txfarmer, who we all know about.  And then I just came across this: http://www.thefreshloaf.com/node/32963/sourdough-poolish-baguettes-after-weeks-practice.  The formula is included in the comments section.

apparently Jean, maojn, is still active on TFL, although posting or commenting few and far between.  Certainly worthy of spending a few minutes reading the above post.

Love discovering these hidden gems - its always interesting to see other styles and really emphasizes the variety within the confines of the loaf itself. These are intersting in that they are bulbous and rustic with an unusually white crumb (almost ciabatta-esque). So after all my hooplah about preshapes, check out majon's crazy deformed preshapes that have magically transformed into beautiful loaves. Well hooefully he / she may get active again soon and we can trade secrets of thr craft !

but Jean gets away with it here.  And beautifully.  If you inspect the scoring, I think you can agree that the "bulbous" look is due to not enough overlap on the scores.  Again, because these are gems, she gets away with it with grace.

And yeah, the pre-shapes in her first post are something I strive to avoid.  But some of us, well not me, are naturally gifted enough to compensate for that.  I am more in the camp of the sweat and toil crowd in order to get it down.