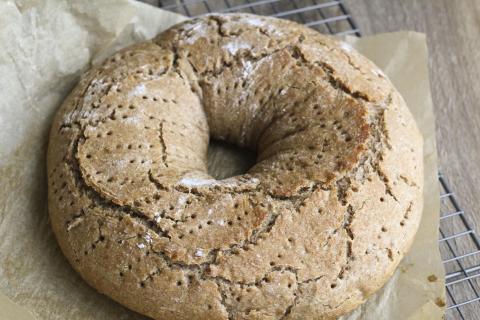 This is not a bagel, hahaa! It’s a 69% Swiss rye, shaped in a circular ring so that it can be hung from the ceiling during the long winter months from the Alpine region in Switzerland.

While I grew up eating white bread, making complex, robust and nutritious breads, have been my ultimate goal. My experience in making rye bread is limited. Therefore, I’ve turned to Stanley Ginsberg’s The Rye Baker for guidance and inspiration. He did not disappoint.

Once you get passed the lengthy 3-steps build before the final mix, this recipe is relatively easy. On the first day, I made the rye sponge from a rye starter (a low-hydration sour rye sponge that favors acetic acid formation) and the wheat poolish (that’s refrigerated overnight to bring out the wheat’s nutty sweetness). On the next day, I mixed the final dough and let it rise. After shaping, I let the dough proof in a round cake pan lined with parchment paper. Then transfer and bake in a Dutch oven for about 30 minutes. What came out was a complex, flavorful and tight-crumbed rye bread. More than that, the smell in the kitchen was fragrant and mellow. Similar to Nordic breads, this rye ring goes well with smoked fish or brined meat. The ring shape makes cutting and slicing really easy.

The amount or rye flours (medium and light) is about 69%. Preferment flour is about 55% (33% rye). The recipe calls for first clear flour, which gives rye bread its unique flavor. I substituted that with bread flour. That has worked out better than the high-extraction whole-wheat flour substitution I used in my first attempt. You can tell from the smaller and denser slice in the middle of the last picture, from the first bake using whole wheat, as compared to the bigger slices and the ring, from the second bake using bread flour. In the second round, I can’t help myself in adding more water. That was a slippery slope, literally. The dough became quite fragile and slippery to shape. I think the dough benefits from higher hydration, but I’d hesitate to add water much beyond 70% of flour weight. 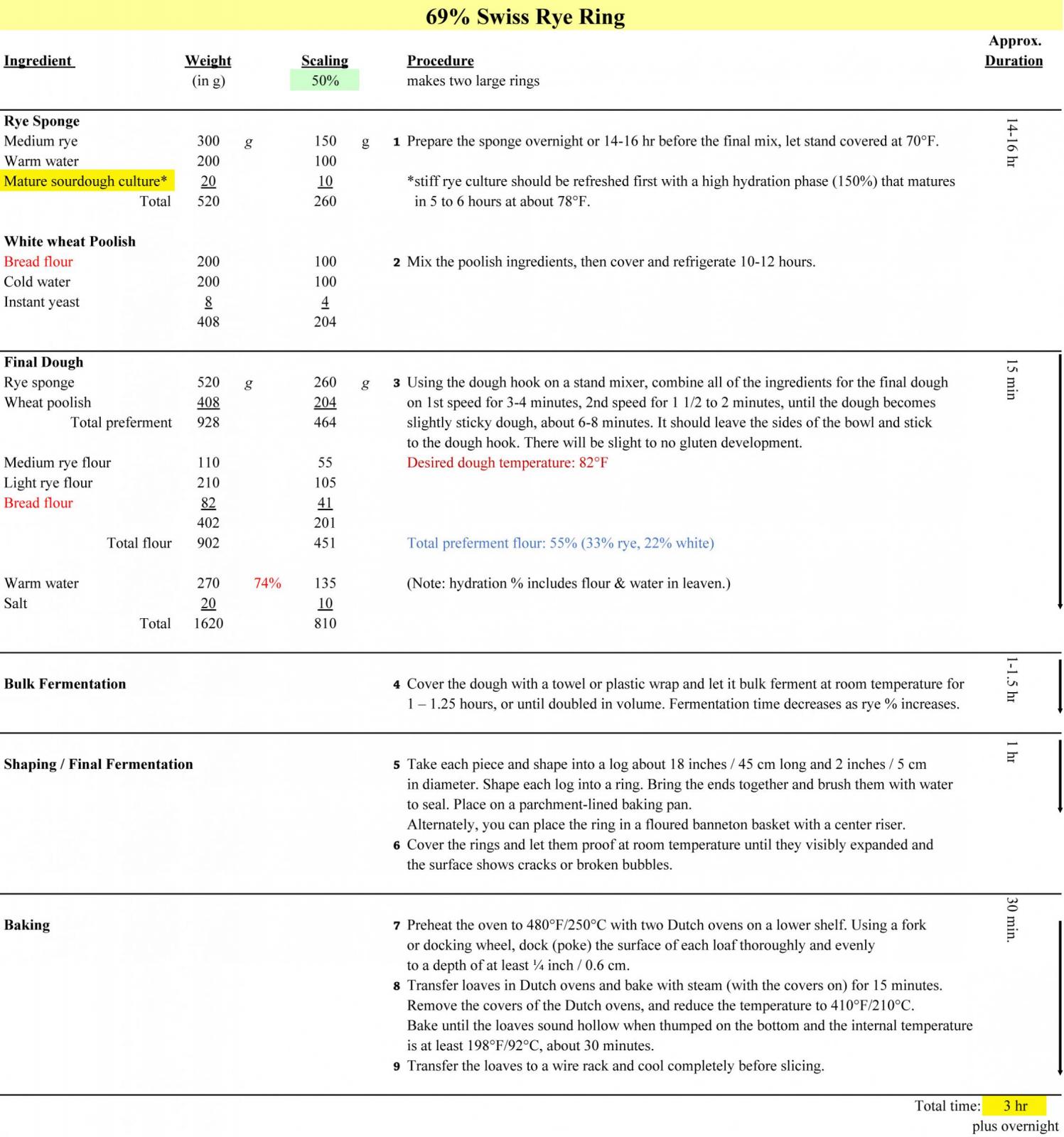 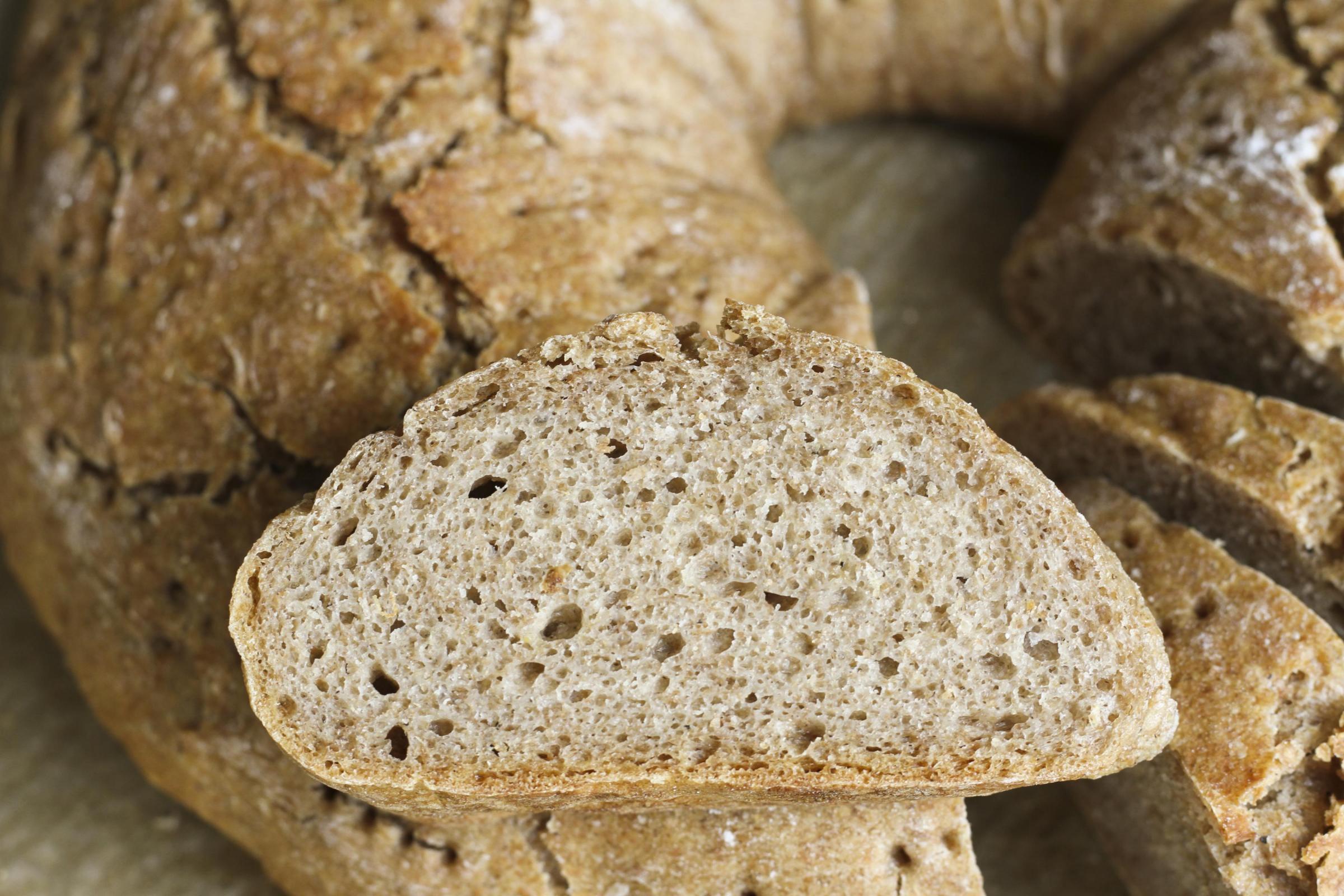 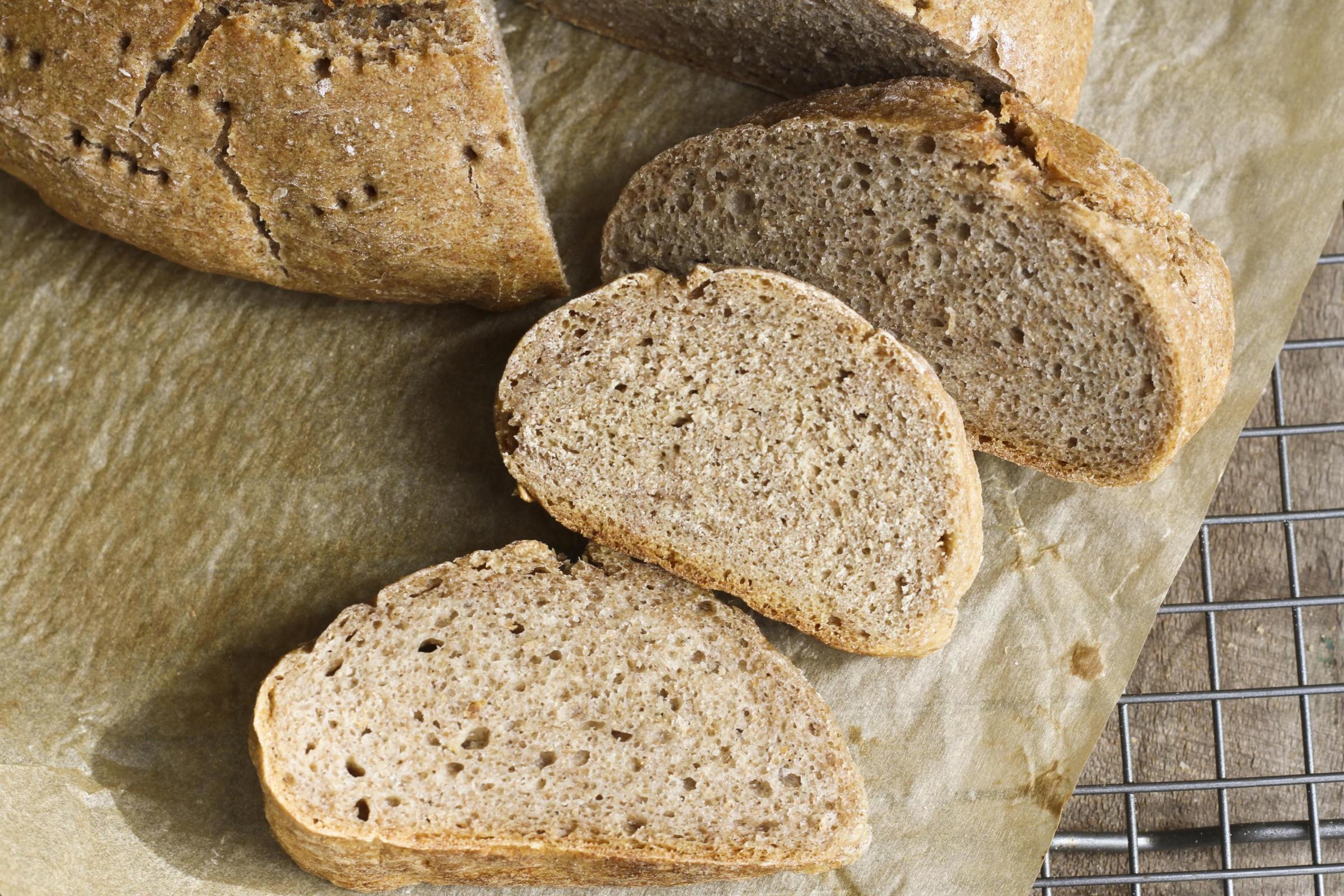 Nice bake!  This looks great and worth trying.  I have the book and havent tried this one yet.

My experience with this recipe in the book has been good. It's spot on.

I was actually one of the recipe testers for the book, but I didn't get to test this one.  There is a lot of great recipes in this book for sure.

No doubt, this book has a high concentration of rye breads I want to get my hands on. I'd love to test drive the majority of the recipes in the Rye Baker.

Along with that unique shape, it looks more like cake than bread... I'd be more than half-tempted to add in some nuts and fruits and call it dessert!

Thanks for adding yet another "I gotta try this" to my list!

When I read your post I was intrigued, and I had to try it myself with some modifications.

(1) I buy my flour from the Bulkbarn (in Canada) and simply used their white bread flour and their dark rye flour.

(2) I don’t quite get the logic of using a fairly high amount of yeast in order to let the Poolish develop in the fridge. Borrowing a page from K. Forkish’s FWSY I mixed the Poolish with 0.2 g yeast and let it rise overnight at room temperature.

(3) I prefer to mix and knead by hand. So I did what I do most of the time leaning on How to Make Bread, by Emmanuel Hadjiandreou, mix the the dough and do 4 quick S&Fs in the bowl every 10n minutes. Then I let the dough sit for about an hour before I proofed the 2 loaves in bannetons. As you suggested I placed 2 glas dishes in the middle in order to maintain the ring structure. I baked one loaf in a cloche, the other one in a Dutch oven.

The look of the 2 loaves was certainly appealing. The taste is clearly a rye bread which my wife and I enjoyed very much. I am sure that there would be some differences in taste between your way and my modifications. But without side-to-side comparisons we’ll never know :)

Nevertheless, thanks for pointing us in this direction. A very worthwhile addition to the catalogue of recipes.

I had the same question like you do about why dry yeast is used for a 12-hour fermentation in the fridge. After reading Stanley Ginsberg's blog, I came to a better understanding about the nature of the preferments.

I believe the two preferments have similar but slightly different functions. They both act to promote flavor developments. In the case of the low-hydration rye sponge, the condition favors acetic acid formation and brings out the basic sourness. The high-extraction high-hydration wheat flour poolish that is refrigerated overnight acts to bring out the nutty sweetness of wheat. Long slow fermentation under refrigeration is intended for flavor development, while slowing yeast activity. (The optimum fermentation temperature for commercial yeast is between 86°F and 95°F. That's why we use warm water when dry yeast is added to flour for leavening.)

This rye ring has a bold and intense flavor, I think the preferments have something to do with it.

Thanks for your feedback and the detailed write-up. It's nice to hear you had success with this recipe as well. Your rye bread looks fantastic. Happy baking!