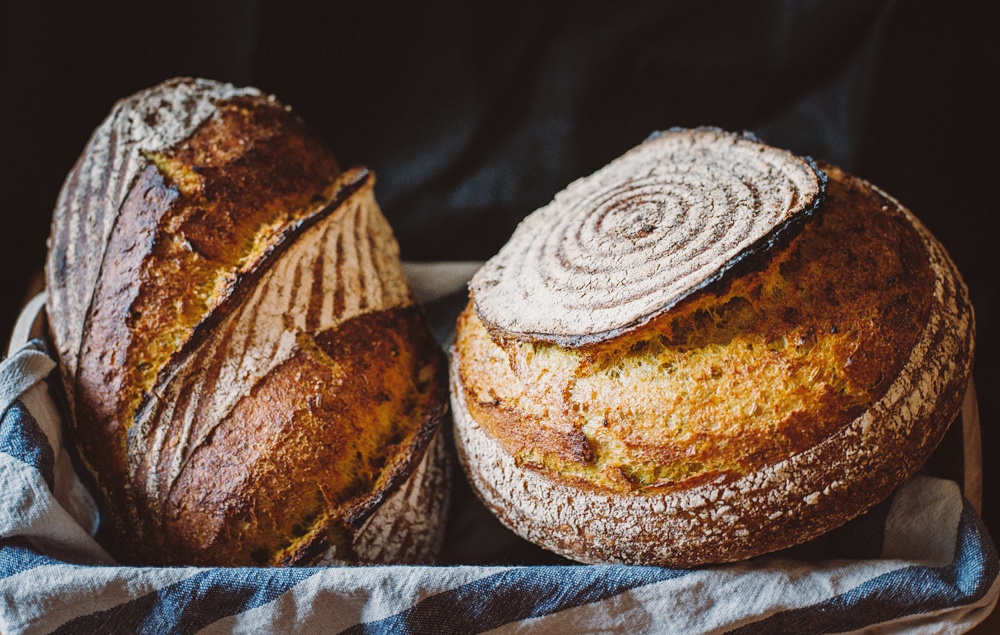 I just thought I'd share part of my adventure in an attempt at recreating a turmeric loaf I bought in a bakery recently.

My ingredients are definitely off to what I tried however Im a step closer once the black cumin seeds arrive.

For this I used turmeric, fennel seeds, ground coriander, salt, pepper and garlic.

Can you tell us more about your formula?

I used a method of mixing the dough I found on Trevor J Wilson's website/YouTube account which involves mixing only the flour and water (I included the turmeric) and leaving for 2 hours at room temp. The makes the dough cohesive and ready for mixing by hand for 10 minutes, 10 minute rest and then another 5 minutes of mixing.

From here I began the folding and bulk fermentation, folding every 20 minutes for, I believe, either 4 or 5 rounds. I then give a final fold before letting the dough loose on the counter, giving a pre shape and leaving for 30 minutes. I then mould the final shape to prep for proofing in the fridge for around 20 hours.

I can almost smell the fragrances... I know you're working to duplicate a bread you've eaten. Please keep us posted on your progress.  :)

Well, they certainly look nice! How is the crumb? And how does it taste? What is 'off', and what are you going to change? It sounds very fragrant and tasty, but turmeric is a tricky thing. :)

when do you pinch/fold/mix that in ?  I use a pretty wet levain so find that in most cases it isn't possible to just mix flour and water and then add levain later as the flour and water needs more water and then my wet levain makes the whole thing into mush !!  So I usually just mix everything and let it set leaving out only salt. I let it set a couple hours and as you say there is almost no work to be done. Thank you those are gorgeous loaves !!

Beautiful loaves.  These must taste great too!

Franconia Crusty Boule - Why 3 of the Same Stages?
When exactly does bulk fermentation begin in...
Using a Kenwood mixer.
Levain vs Culture
the new guy
END_OF_DOCUMENT_TOKEN_TO_BE_REPLACED