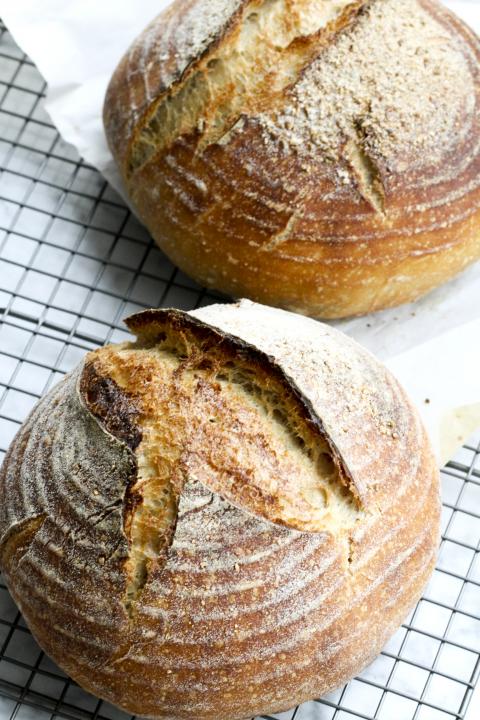 This bread was inspired by dabrownman and lucy’s “a special Saturday” sprouted multigrain bread (April 14). He commented on my 100% sprouted struan bread (April 16) and suggested I should try making this bread, since I wanted something with similar characteristics to the Vermont sourdough.

The formula I used: 20% liquid levain build with only bread flour. Mixed the dough with 50% bread flour, 30% sprouted wheat flour and 2% salt. Hydration level was an upward of 70%. The final dough looked like it needed some water. I kept my hands very wet as I performed series of stretch-and-fold. After three hours of bulk fermentation, I shaped the dough and left them to proof in the fridge overnight. See the cheat sheet below for details.

Dabrownman was spot on. Thank you for being my bread (and best) guide. But somehow I fell short in my execution in making this bread. The crust came out nice, but the crumb was a little problematic. When you compare pictures of the Vermont sourdough and the sprouted version, you couldn’t really tell the difference. But the devil is in the details or the crumb!

Close to the base of the bread, there were areas of dense and compressed custardy clumps. Was the bread underbaked? Did that have something to do with the shaping of this particular loaf? The bread had a soft and slightly moist underbelly. Not what you’d expect in a perfect loaf. What can be done differently to make them better? I want to know before I push this bread up to 40% sprouted wheat. 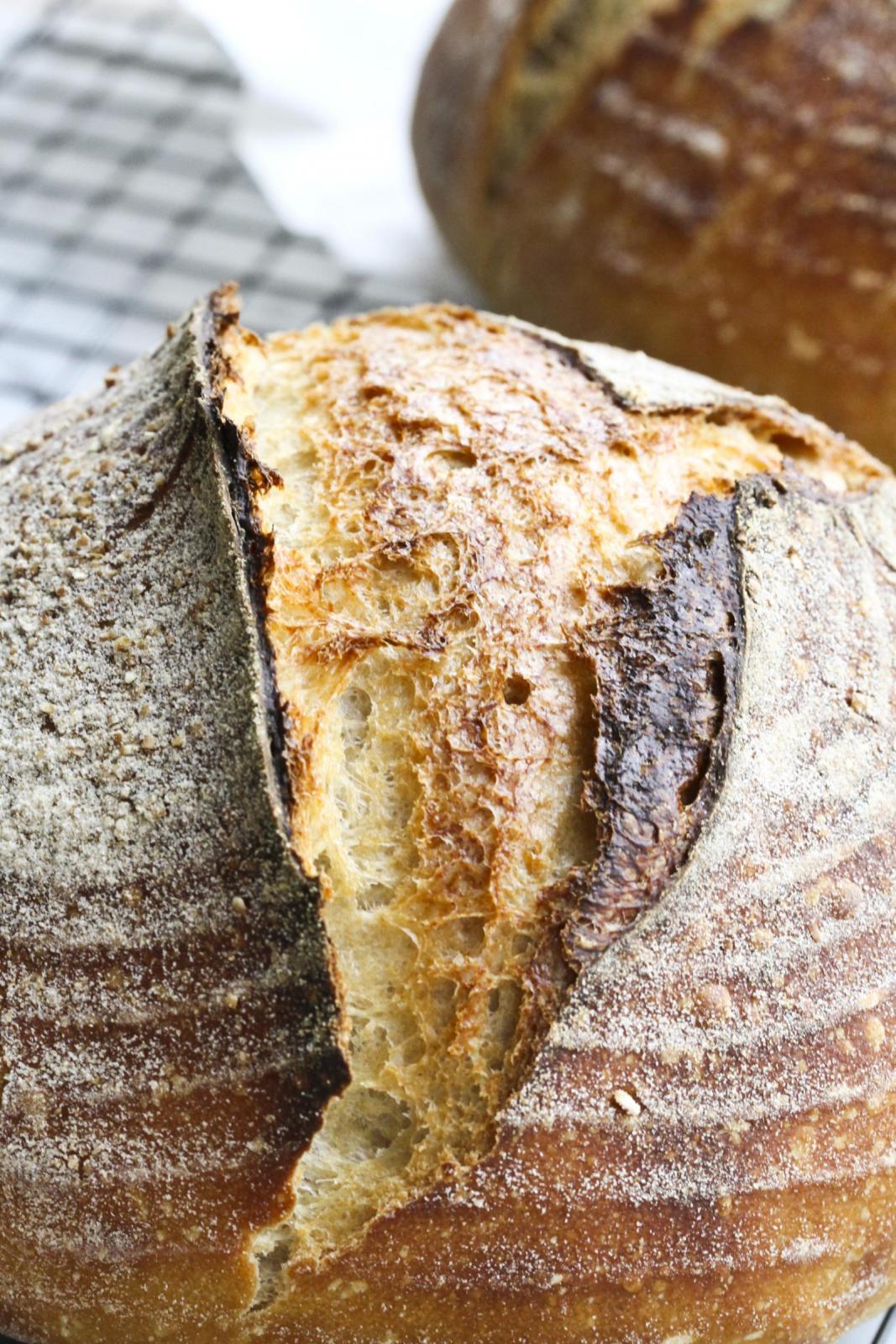 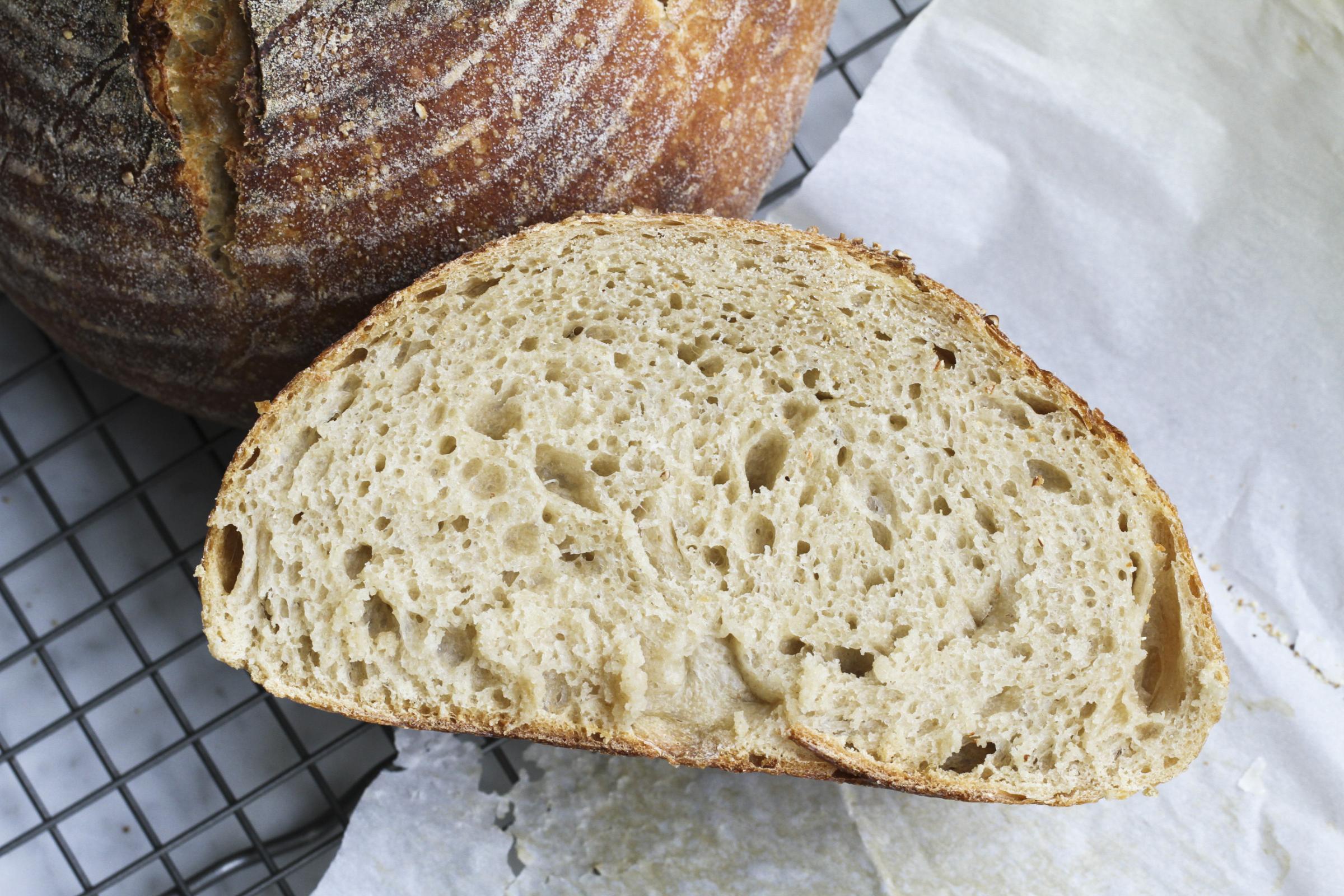 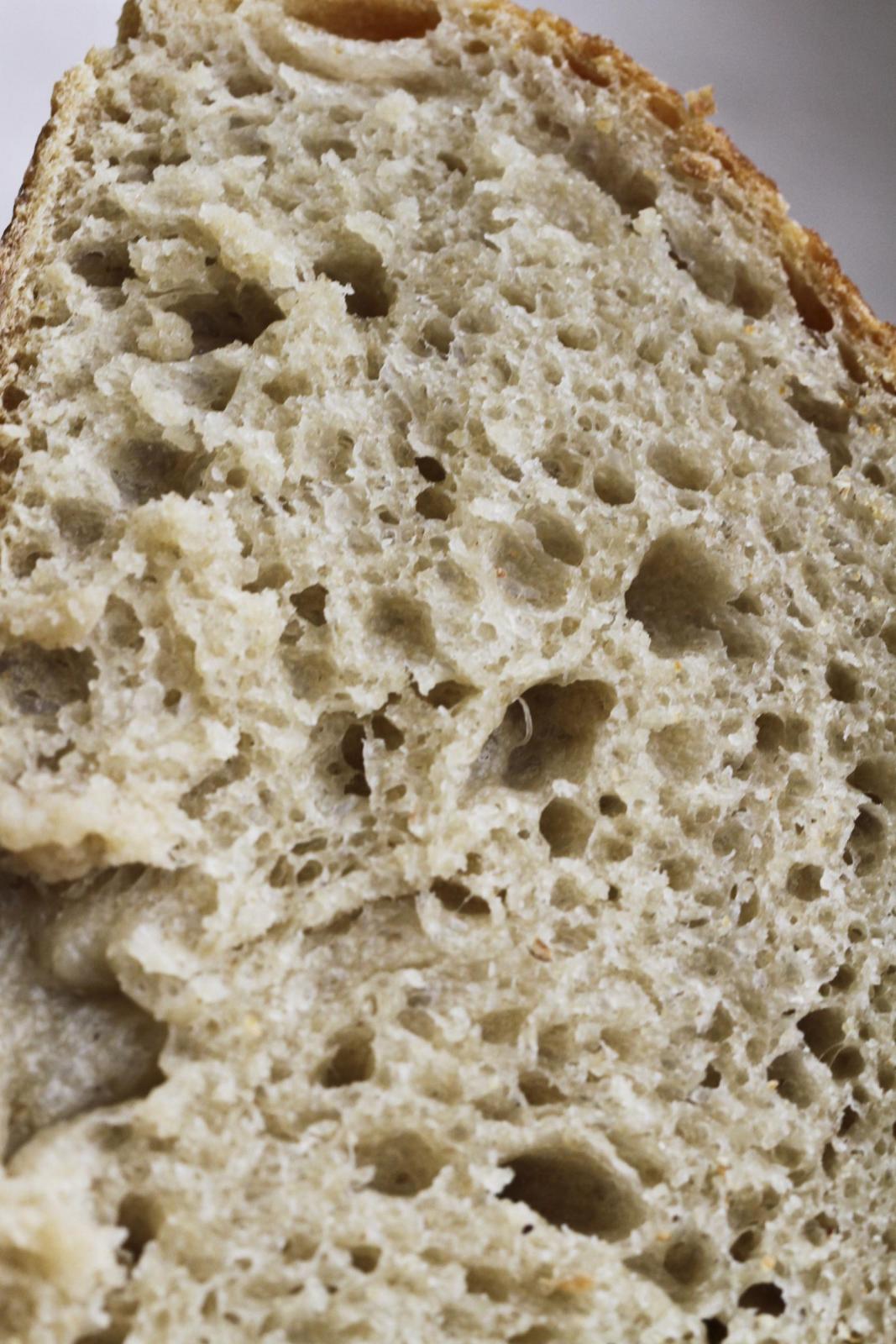 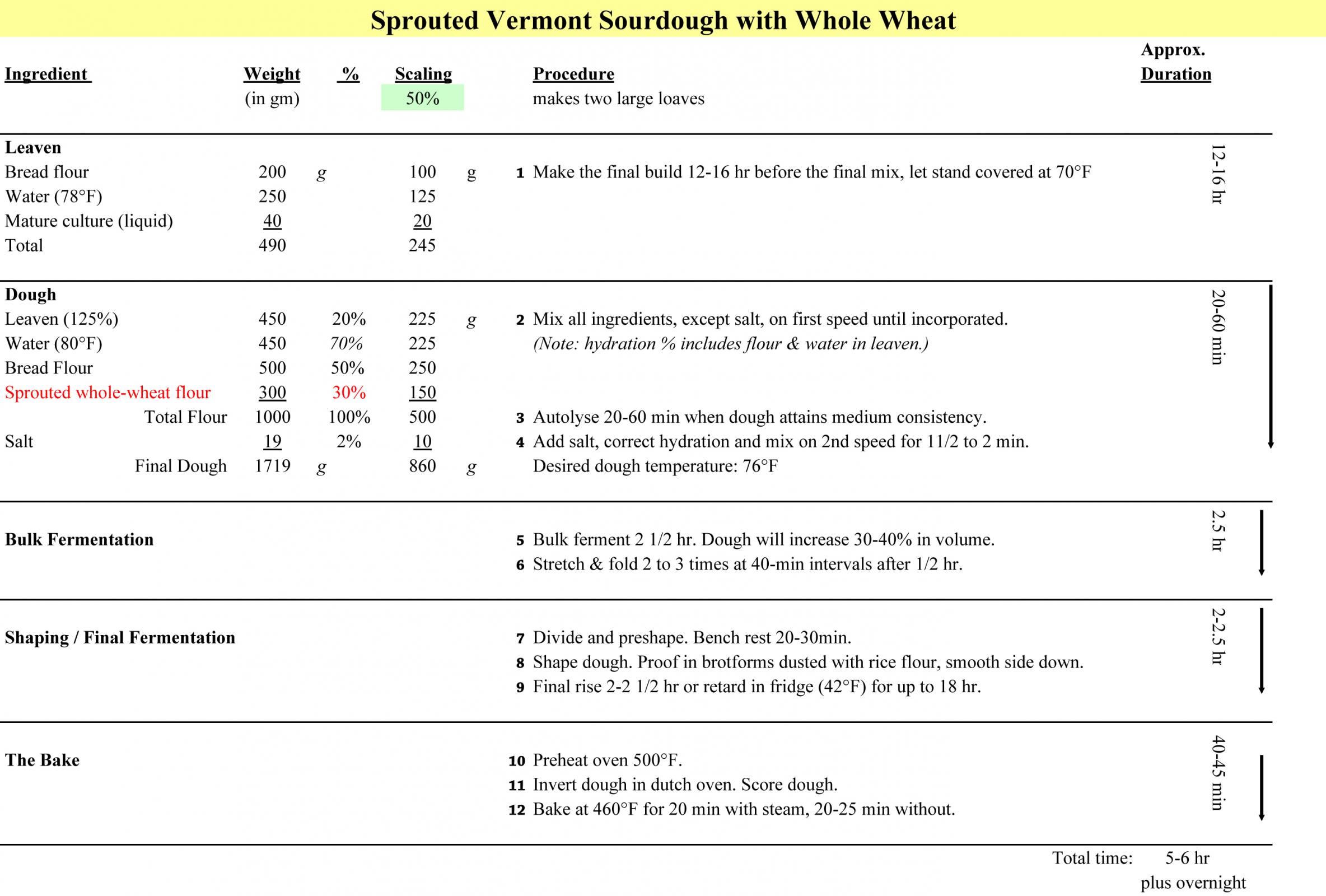 Was the Dutch oven pre-heated or cold when the dough went in?

Does "with steam" mean the Dutch oven was covered, or that it was uncovered but the oven was steamed?

Does "without" steam mean that the cover was removed from the Dutch oven, or that it had been uncovered and the steam apparatus was removed at this point?

Yes, the Dutch ovens were preheated for over an hour as I preheated the oven to 500°F. It took that long for my oven to get up to the set temperature. The oven is definitely very hot. The firetruck red of the le creuset turns burgundy red.

The lid is on for the initial steaming. Lid off after about 15-20 minutes. The steaming mechanism has worked well for me most of the time.

Maybe the final dough wasn't fully mixed, so that in effect, it ended up containing some bits that were lower hydration.

That is a good guess. Now I think about it, I should add more water when mixing the dough. It was tough mixing everything together. May be increasing hydration is the way to go with this type of flour.