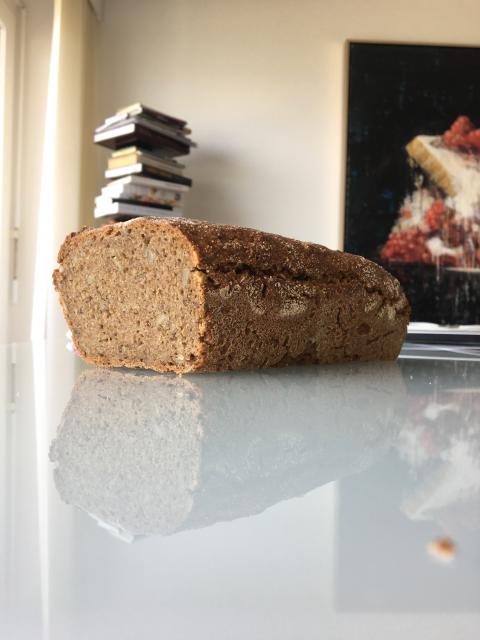 This post is about the typical rye bread of the Swiss Valais where I live. This wonderful bread has its own AOP status (appellation d'origine protégée), a certification which guarantees that everything used to produce it comes from the Valais. This is the French/German-speaking Swiss canton that is home to most of the highest peaks in the Alps and the source of  the Rhone River. The AOP protection helps preserve the landscape by ensuring the continuing cultivation of rye, something that grows well in the difficult mountain terrain, high altitudes and harsh climates that make growing most other grain impossible.

Pain de Seigle Valaisan is a rustic, round loaf with a dense crumb and is much heavier than it looks. It must contain at least 90% whole rye flour and is usually made with a sourdough starter. It keeps well for a very long time. Traditionally it was baked in village ovens, which would be fired only two or three times a year, so it was important to have bread that would last for several months. Today it is mostly made in commercial bakeries, but many mountain villages still maintain their communal ovens and hold special bread baking days to celebrate this ancient Alpine tradition.

I have worked on this bread for a while now and finally found a formula I really like. It uses a rye sourdough starter, a rye soaker and an optional 10% wheat preferment. I found it here at Bernd's Bakery blog. Bernd's formula makes two huge loaves weighing one kilogram each. I plan to keep one loaf around awhile to see how it matures. If you want to try it you will need an active rye sourdough starter.

This bread is delicious sliced very thin and enjoyed with a platter of Valais raclette or other Swiss cheese, air dried beef, gherkins and salami. Often it is studded with walnuts or the dried apricots that are so famous here in the Valais. It takes very little effort over a couple of days to build the starter and, once that is done, things move fast. Rye ferments quickly and once the dough is shaped the final rise is just one hour at 29 degrees Celsius. 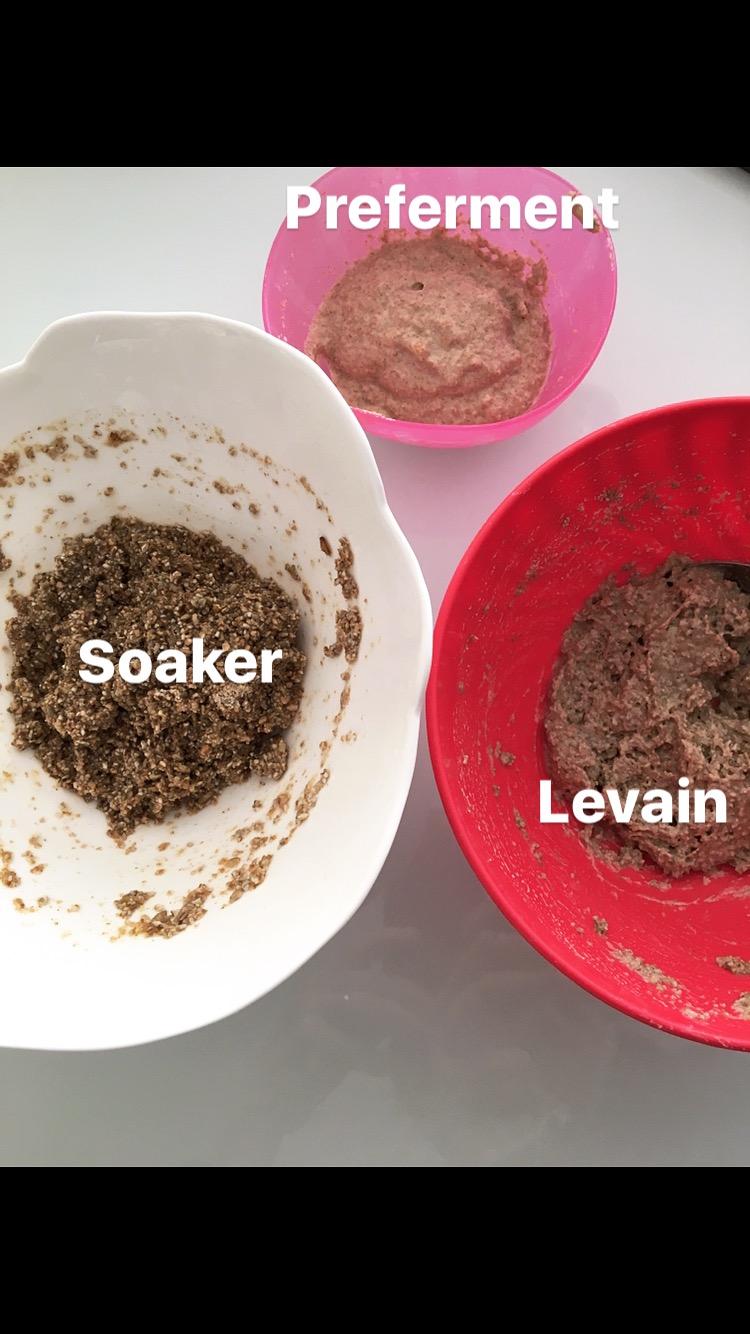 And a few pictures from the region 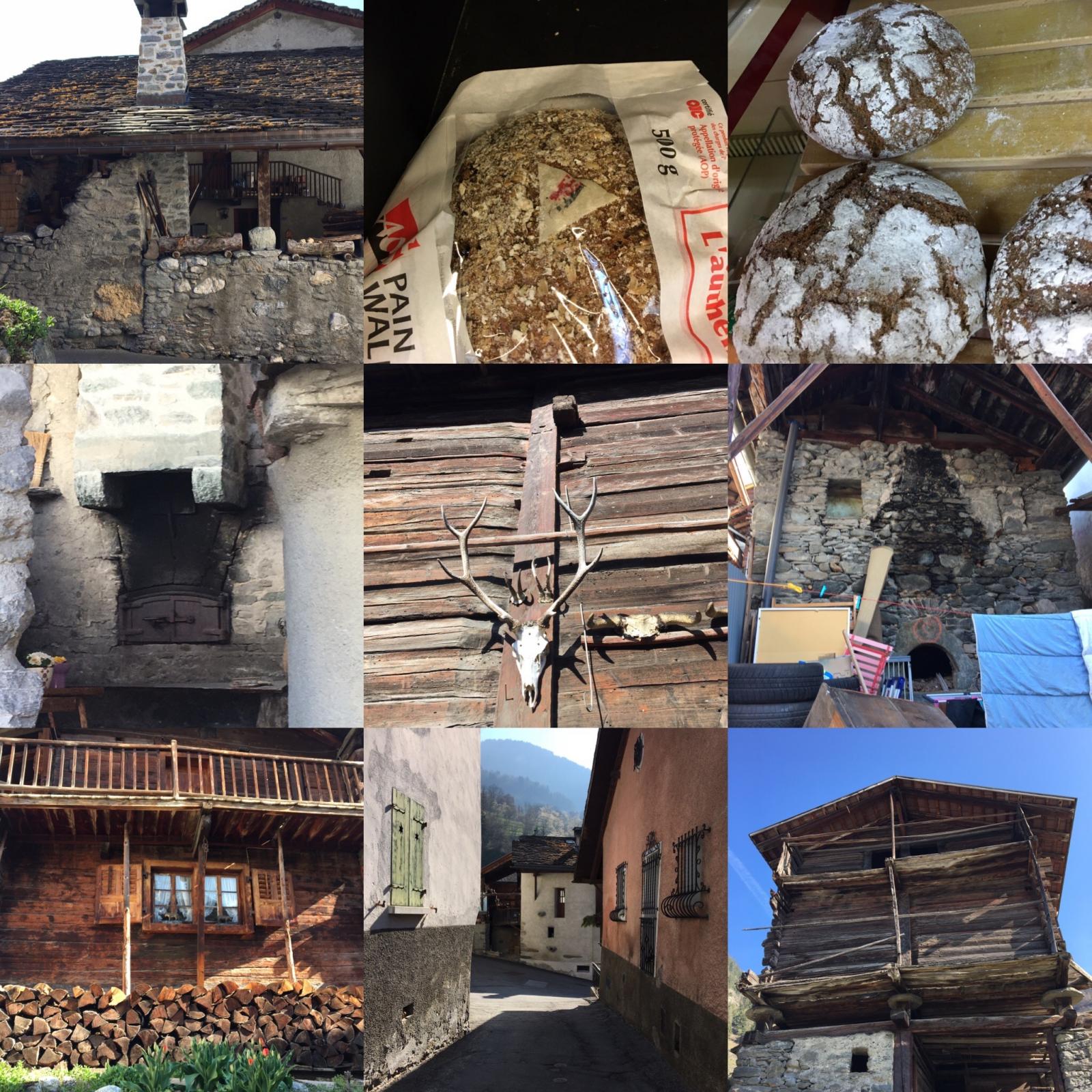 That is a fascinating bread! It actually keeps for months? I will be keeping an eye on your thread to see how it ages.

Yes it is a legendary fact about the bread that it was only baked a few times a year. It is delicious fresh, and it will be interesting to see how it ages! I will do a follow up in a few months...Thanks for the comment!

... rye side of the Alps.  We aren't in Toscana any more, Dorothy.   Spring in Valais must be sublime.  I'm not sure what's more impressive, your Matterhorn of books, the wall art, or the bread that's "heavier than it looks" and "lasts several months".  Makes a body wanna yodel "RI-CO-LA".

Did you bake it in a communal village oven?  If not, then there's a worthy objective.  Warms my heart to hear they're maintaining that tradition up there.  I'm sure they'll welcome you to join in, once they've accepted you into the neighborhood, after two or three generations :-).

yes definately gone over to the other side! From baking those saltless Tuscan cardboard loaves to these heavy, dark alpine bricks! Strange how I didn't like either at first but came to understand and appreciate both once I immersed myself in the place, and especially the local cuisine. Then they just make total sense.  Didn't bake it in a communal oven but definately is a worth objective! Thanks for the comment Tom...

Beautiful and interesting bake!  Thanks for sharing with us.