Bauernkrustenbrot and a sort of Field Blend #2

Bauernkrustenbrot and a sort of Field Blend #2

Slowly but surely, I've been reclaiming my love of bread baking over the last few weeks. I am a bit rusty, no doubt. Why is it, that shaping and scoring are skills that seem to remain fresh only when exercised regularly? It's certainly NOT like riding a bike - you DO forget. (Or at least I do.)

Anyway, I've baked a bit of bread again. First was the "Bauernkrustenbrot" after Horst Felzl from the book "Der Duft von Frischem Brot" by Barbara van Melle. It is an Austrian Rye with a stale bread soaker, and Stan has already posted this formula on his blog here: http://theryebaker.com/crusty-country-ryebauernkrustenbrot-austria/ . Mine was baked in a 4 qt. Cousances Doufeu, and while the ears went completely nuts (I've never seen such ears on a Rye!), the bread bumped its head against the sunken lid of the Doufeu, so the crumb was a little more squashed than I would have liked. It was very good though - incredibly flavourful! 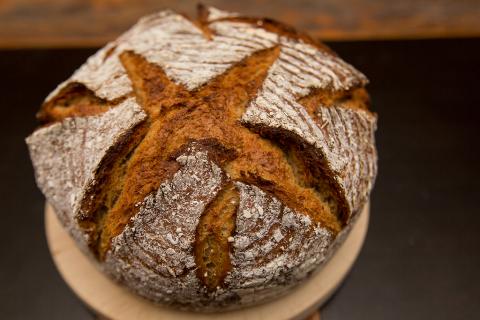 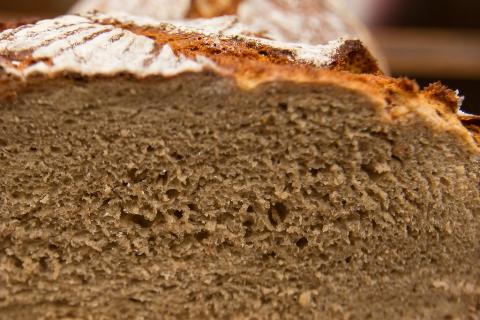 I also "abused" Ken Forkish's formula for "Field Blend #2" from FWSY, but I chucked in some sunflower seeds, left one loaf plain and covered the other in a mixture of sunflower seeds and white and black sesame seeds. I also added some roasted, ground caraway, fennel, anise & coriander (approx. 15g?). It turned out quite yummy, if I do say so myself. 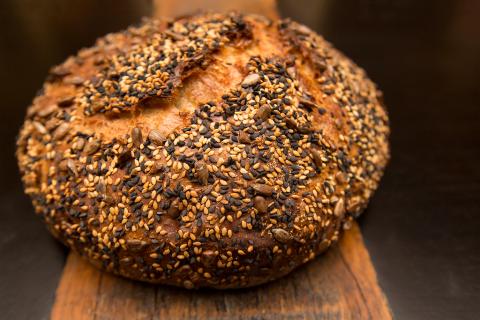 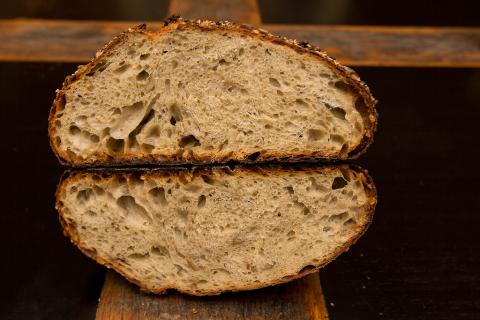 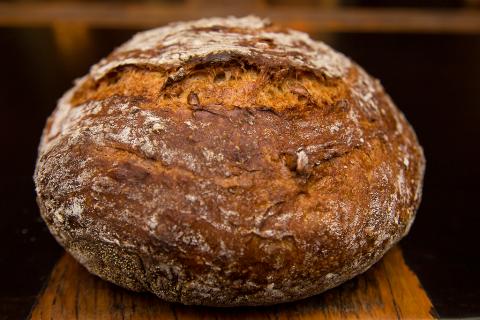 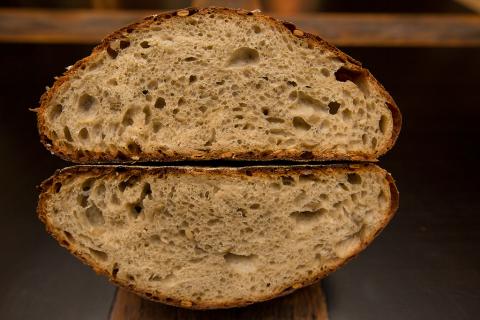 It's good to be baking. I wish you all a very happy start to 2017, and happy baking!

I also have a doufeu.  They are wonderful things.

Glad to see you back baking and posting.

Yes, doufeus are terrific. I use mine quite a bit - for stews and goulash and osso bucco, etc. Really, I should get myself another Dutch oven for bread, so that the doufeu can stop doing double duty. I seem to spend a lot of time washing it. :/

The crumb on those loaves is wonderful! You obviously have not lost your touch!

To be honest, I'm aiming for an even lighter, more open crumb, but so far, it has eluded me. One day...

with great crumbs! Field blend #2 is a great base recipe and my current version went down a treat today with some visitors from Europe.  I love your modifications.

good to see you baking again

FB #2 is a useful base for sure. Now I need to get more creative with it. And as my "summer-time-outdoor-come-winter-time-indoor" rosemary shows no signs of slowing down, I foresee a variation with copious quantities of rosemary. Possibly some Parmesan. Perhaps a hint of garlic...

I like how you "abused" the formula, you're version looks tasty! I find loaves with seeds make the best toast.

Glad to see you baking more.

I'm praying 2017 is wonderful healing year for you.

I sincerely appreciate the encouragement. I feel rusty. And I look at the blogs that you and Danielle et al put out, and my offerings seem quite poor in comparison. But I was new at this a year ago and then stopped baking altogether for a long while, so I have some catching up to do. Feels good, getting back at it.

terrific and have to be tasty.  Well done!

Wonderful looking bread!  Thank you for mentioning the book; it looks pretty good from what I can tell.  I have not gotten into Austrian baking yet; so I will have to search for the book here in Germany or next time I'm in Austria.  Cheers!