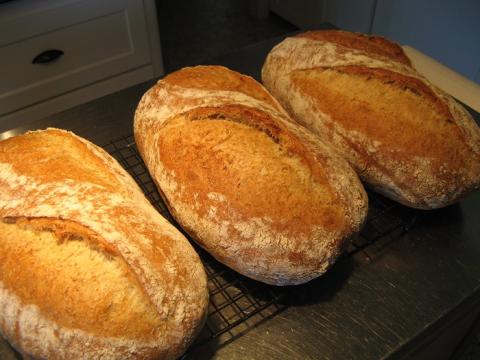 Having decided that I'm tired of trying to work with sloppy wet doughs, particularly in large batches, I've revised several of the recipes I use so that the overall dough hydration is in the range of 70% to 72%. This is my first experiment with the Harvest bread from FWSY, and it's a keeper!

I was making a batch of six loaves so I mixed it in the big mixer. That, and reducing the dough hydration, were really the only changes I made to the original recipe. Half the flour is pre-fermented in a poolish overnight. I used Rogers Silver Star bread flour and home milled whole wheat flour. The dough was mixed in Max (the big mixer) for about five minutes at around speed 1.5. It was then folded twice in the first hour and left to sit in a cool-ish basement kitchen for a total of 2.5 hours. It was silky, stretchy and strong, exactly as I wanted it to be. 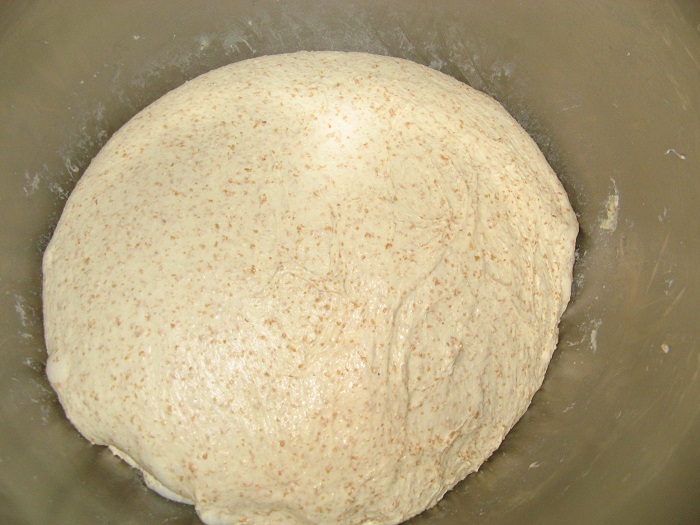 Next, I scaled and pre-shaped it. It was pillowy and soft but still easy to handle. 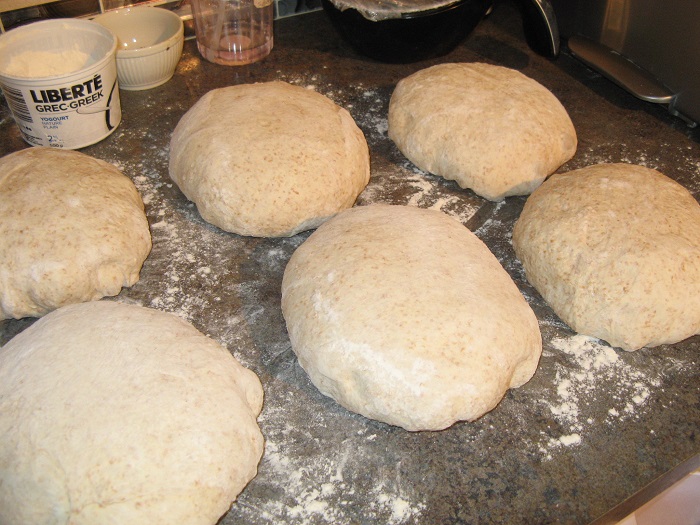 When shaping, I gently popped some of the bigger bubbles but the dough was still standing strong, yet poofy and soft. After one hour proofing in floured napkins in the wireframe couche, it was onto the peels and scored for the oven (preheated granite stones to 500F). 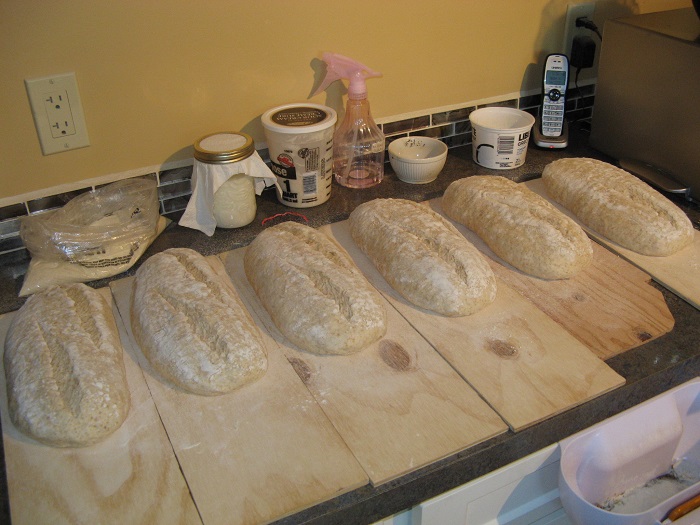 Five minutes at 500F (with steam), 15 minutes at 425 then turn and another 15 minutes. Internal temperature was around 207F. Oven spring was ginormous - so much for the concept that higher hydration doughs have better oven spring. This was miles better than the pancakes I get from a 78% hydration dough sometimes. 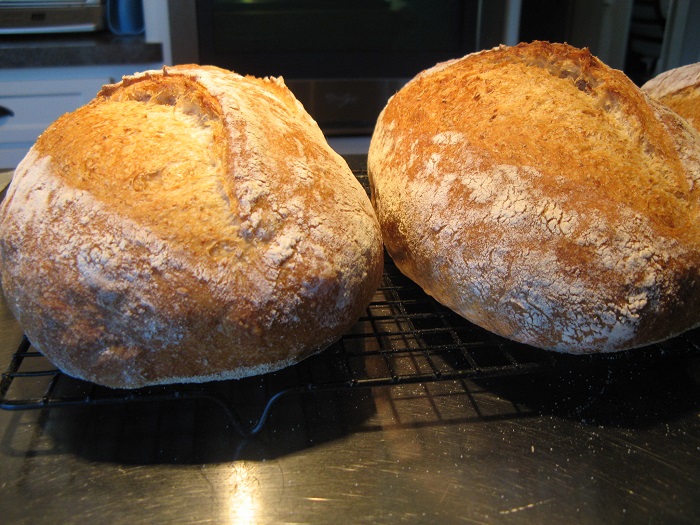 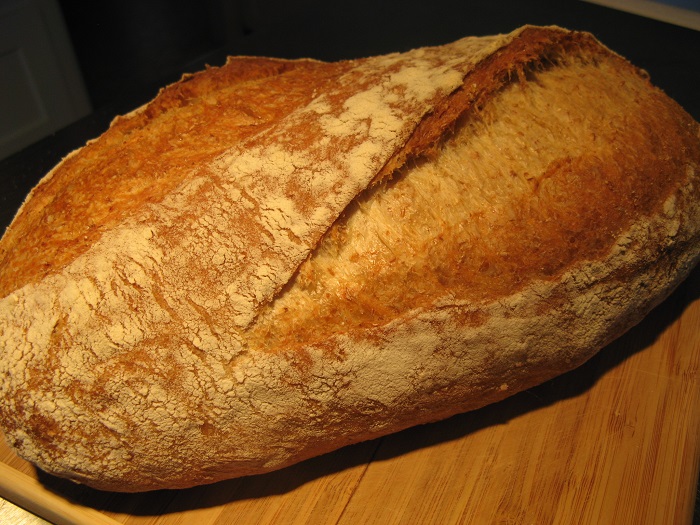 And the crumb is dreamy - creamy, soft and with just the right amount of holes. This morning's melted cheese did drip through some of the larger holes, but there's still enough bread left around the holes to hold all kinds of toppings! 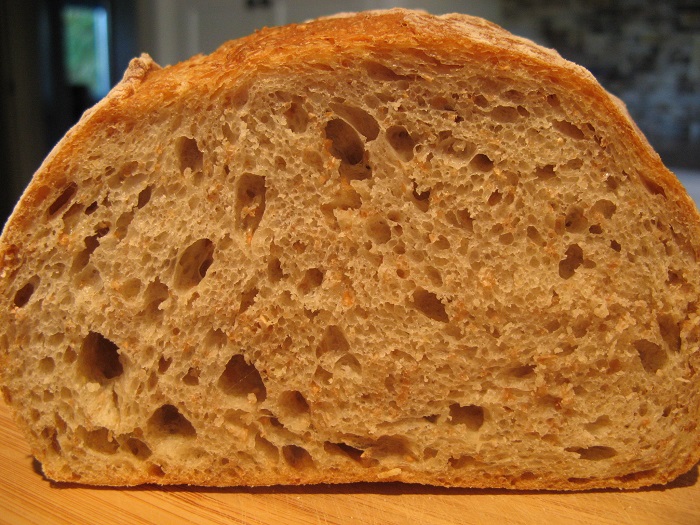 I love your scoring!

Good for you for following your gut and adjusting the hydration. You definitely have a keeper recipe!

love both crust and crumb.  I too drop hydration a little and am much happier  with the outcome.

It's so nice to know others have done the same sneaky thing. :) And thanks for the nice comments - support from one's community is so important to keep one going!

Glad you found your ideal hydration. I found that around 75% has worked nicely for me, with 40% whole grain, just because its a bit more thirsty than white flour.

I love the flavour of this bread. But I don't know if it's the new oven or what but man,  IT STICKS TO THE STUPID DUTCH OVEN. ALL THE TIME. Sigh. For some reason it's the only one that does. I guess I'll try the parchment route, and test the oven temperature incase LG is uber-hot. The crumb though.. oh the crumb is awesome.

and I reuse them several times before they become too brittle. This has totally solved my sticking problem.