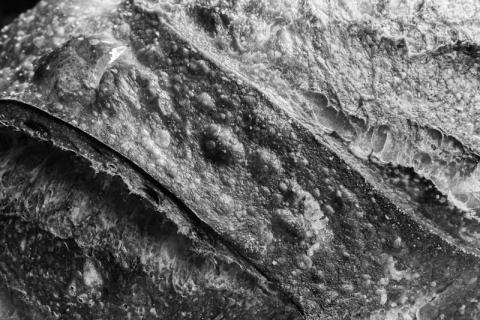 Even after nearly 7 years of making sourdough breads, I can still be surprised.

One of the frustrating aspects to me about bread making is the difficulty in achieving consistency from bake to bake. Of course, for most of my career I was a process engineer in the semiconductor industry, where repeatibility in process is essential, a fairly high bar.  Breadmaking is more of an art for me, in part because we are working with biological systems where the chemistry behind the process is much more complicated, and in part because we just can’t control the entire process in our homes.

I baked some of my “standard” sourdough the other day. When I say standard, it is really a riff on something I have made before, but with a twist (yes, I know changing things doesn’t help the consistency thing, but…). David’s (dmsnyder) San Joaquin Sourdough is just a fantastic bread as it is. I use it as a baseline to experiment with alternate flours. I often substitute spelt for about 20% of the total flour, but I had some khorasan wheat (Kamut®) that I needed to use up for this bake instead.

I made a 3kg batch of dough, and divided it into 2x900g and 2x600g. The larger loaves were put into lined oblong baskets while the smaller loaves were placed into floured round brotforms.  All were put into separate plastic bags and retarded overnight in the refrigerator and baked the next morning.

All the loaves had nice oven spring and looked pretty much like my other bakes. Now, here’s the surprise: The large loaves had huge blisters, and an overall shine to the crust, while the smaller loaves did not. OK, maybe the lack of shine on the small loaves was masked by the flour coating the brotforms, but why the lack of large blisters? 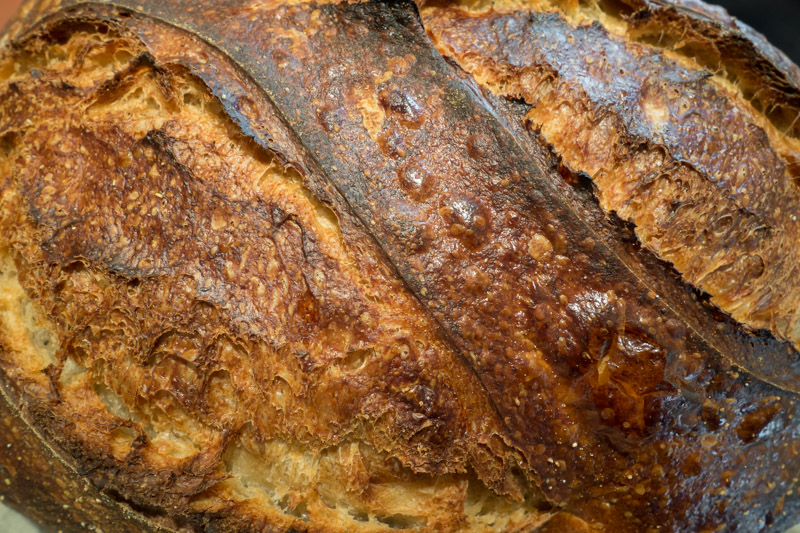 It was such an unusual and unexpected result, I had to see if I could repeat it.  I even used exactly the same formula, and the result was indeed the same.  Why? It seems to do with the linen liner that may wick away moisture from the top surface. This is consistent with you bakers out there that use a couche for proofing. But doesn't the flour also wick moisture away? If anyone has an explanation, I'd love to hear it.

Just for completeness, here are some crumb shots. 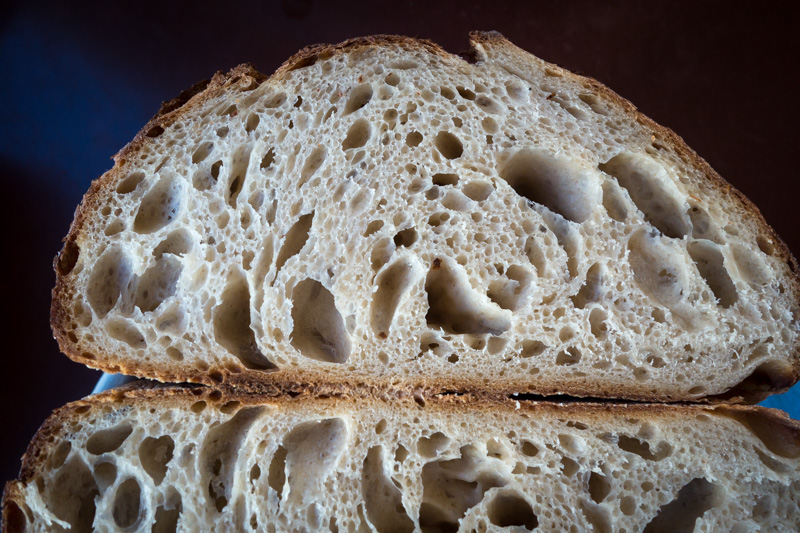 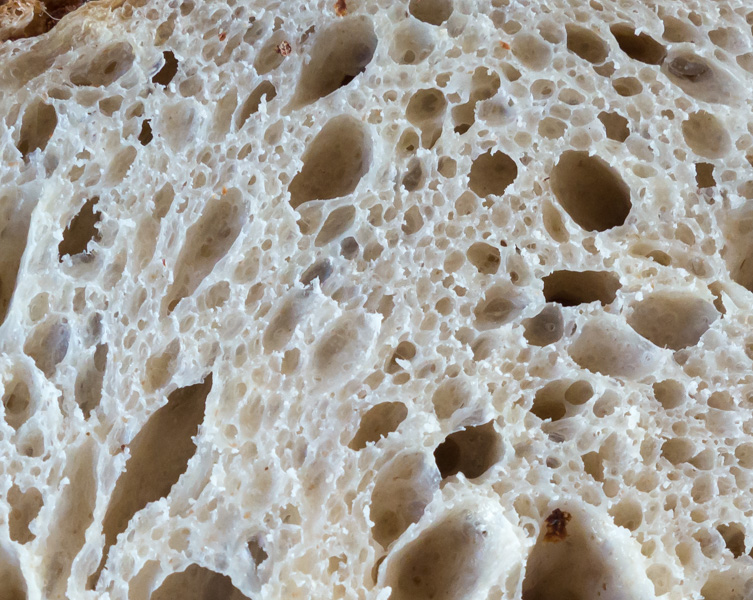 And a shot from the second bake. 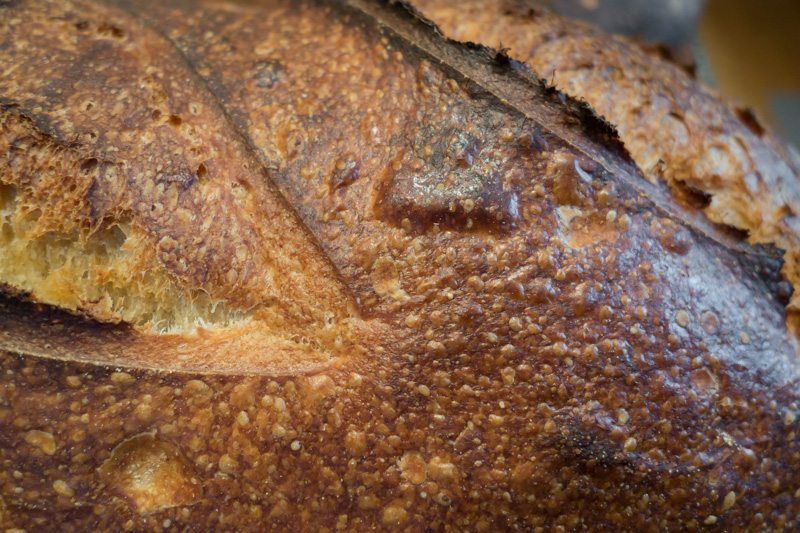 The breads tasted fantastic.  The khorasan wheat adds a very distinct nutty and rich flavor to the breads. Regardless of the baskets used, the crust was crispy and chewy and the crumb was moist and quite fragrant. No doubt I'll be using the khorasan flour more frequently.

sometimes and sometimes not.  I get most them most often in white four,  high hydration loaves that are retarded and baked cold from the fridge.  It is the moisture right under the skin that makes them and the liner takes the moisture away from teh surfce better than the baskets do making a skin that will hold the steam right under the skin.  That is my thinking and for now I'm sticking with it.  I don't get big blisters in loaves with a high percent whole grain in them even though they are even more hydrated but I do get a lot of small blisters.

Your bread looks grand by the way and has to taste as good as it looks.  We bake a new recipe every week so that we won't get hung up with trying to be consistent:-)

I'm tending to agree with you DBM.