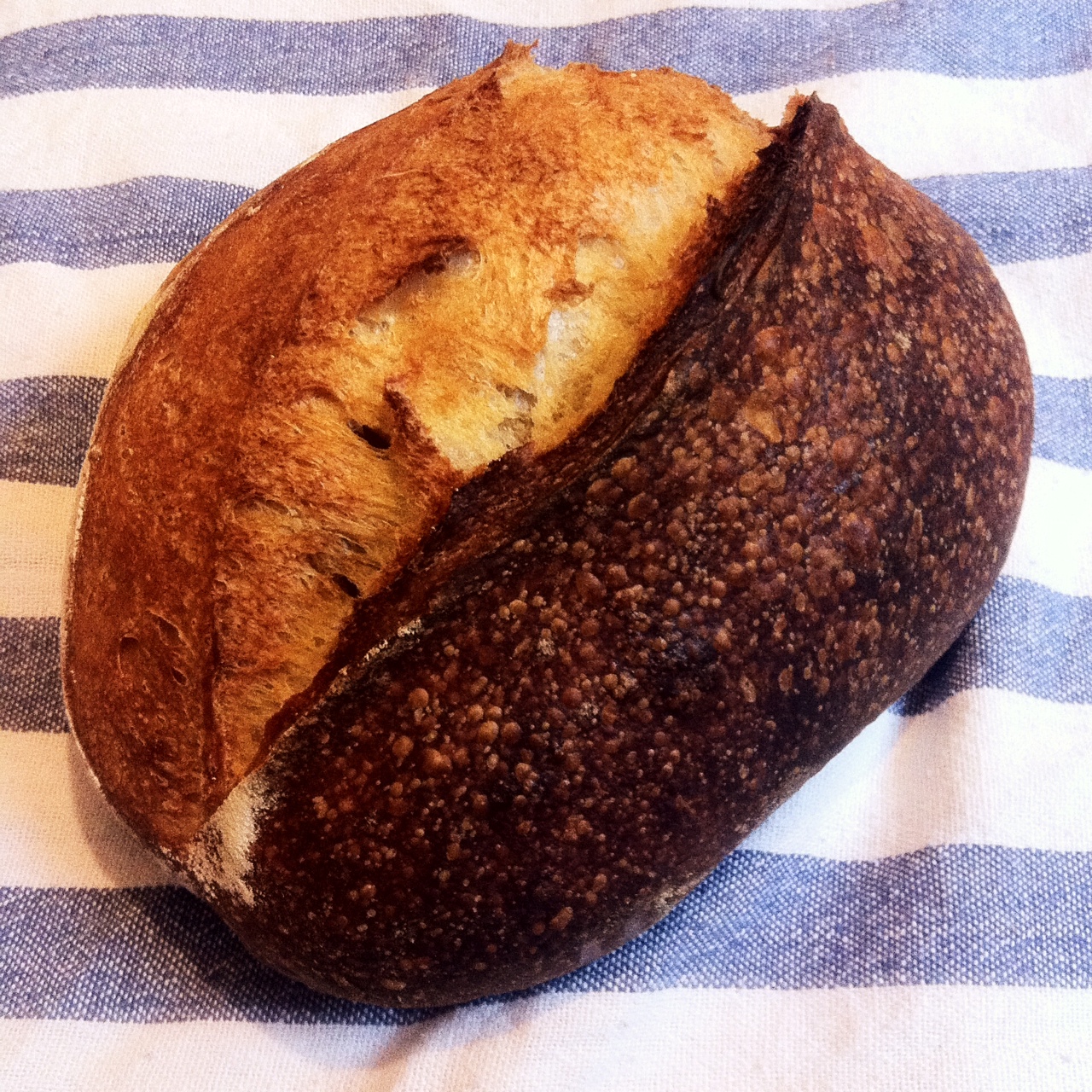 I've been struggling to get a decent deep-brown look of crust on my sour doughs. I bake on stone while loaf is covered with a large preheated iron pot. Last time I sprayed a some water on dough before putting it in the oven. Result was very nice crust and oven spring was bigger than usual. That resulted in a beautiful crumb as well. Just thought to share it here :) 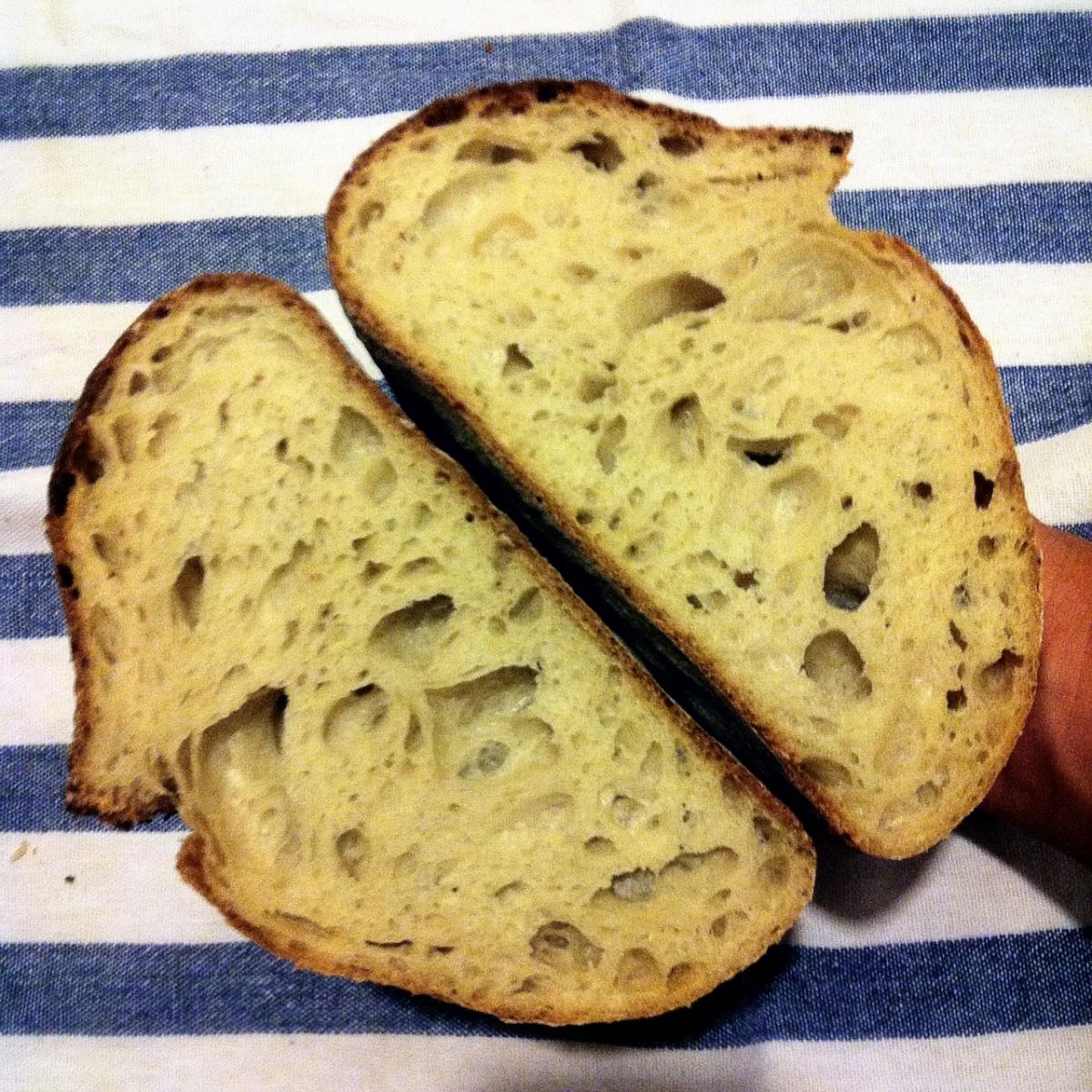 I wonder why spraying with water would add to oven spring? I seem to never get that much oven spring yet the bread is pretty tasty nevertheless. I'll have to try that.

There are many people who know the answer to this question, but as someone who might know the answer, I will answer it until one of the others arrive on the scene.  The water prevents the crust from forming early in the bake, which allows the loaf to bloom.

If you bake without spraying, you can wind up having the crust form a bit earlier and when that hard "roof" forms over your dough, it makes it harder for the loaf to bloom in the oven.

Its not the ideal way but neither is a home oven.  Essentially it aides with the steaming process which as described above allows the loaf to expand to it's fullest potential before the crust sets.

And it looks very nice

I finally broke down and bought a trio of spray bottles.

One of them I have marked clearly in black marker, "WATER" and I have that written on the bottle as well as across the top of the sprayer.

One of them I have similarly  marked with "VINEGAR"

And the third, I just took the nozzle out and placed it on a large bottle of hydrogen peroxide (rather than pour the hydrogen peroxide into the spray bottle, because light will degrade the product, so I prefer to keep it in the opaque brown bottle it came in.

The vinegar and peroxide make a great disinfectant that when sprayed together (do not mix in one bottle as that will make you a nasty acid that you do not want to be spraying around).

Now, even when using my combo cooker to bake a high hydration loaf, I often spray the loaf with my water bottle.  I haven't done any experiments to determine whether it adds to my bloom or not. But I have generally been happy with my loaves.

As David pointed out, steam prevents formation of crust too early during the baking process. Keeping dough's surface soft enables it to continue rising during the baking. As result you also get more open crumb. Steam also gives that shiny look and color.

Pro-ovens have systems which inject steam into the owen. Since I don't have one (and most of us don't) I cover the dough with large pot which holds the steam released from the dough it's self. Adding some extra water this time seems to give nice result and I will surely repeat it again.

Lovely, made me want to eat a slice with butter. yummy