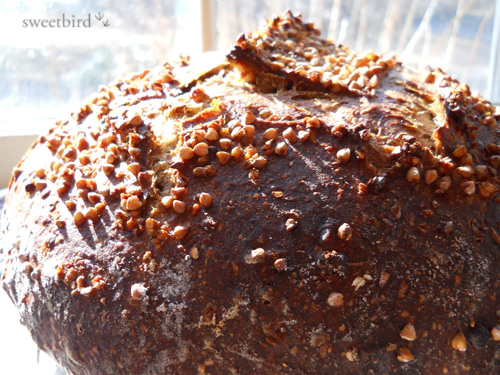 I was starting to feel morose as I watched my last bread, http://www.thefreshloaf.com/node/27700/buckwheatapplecider-sourdough, dwindle down to nothing, so I knew I had to make another one right away. I adore that bread! I thought it would be fun to try a Buckwheat-Pear variation, and since I needed to pick up some more hard cider, I decided to see if the Woodchuck company in Vermont made a pear hard cider. I was delighted to see that they do. (And not only that, but they also make a raspberry hard cider -!!- so I may be dreaming up some way to try that out.) 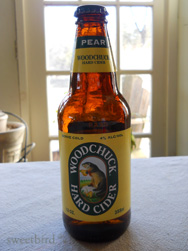 I also picked up some organic dried pears, then started my liquid levain that night and baked the next day. I used the same local raspberry honey as I had done in the Buckwheat-Apple loaf. 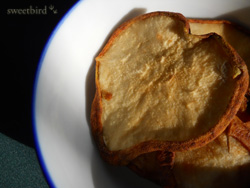 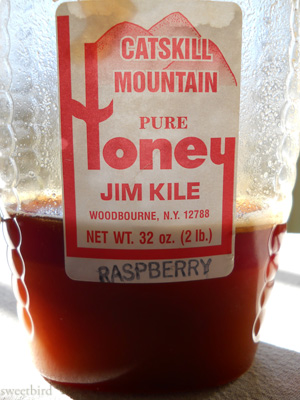 I followed the same formula, simply substituting the pear hard cider for the apple hard cider and the dried pears for the dried apples. The only thing I changed was to make sure to dice the pears into smaller pieces, as they seemed to have more heft to them than the apples, and I thought large peices might be hard to chew. 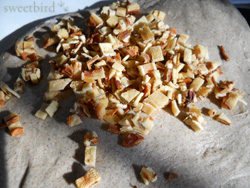 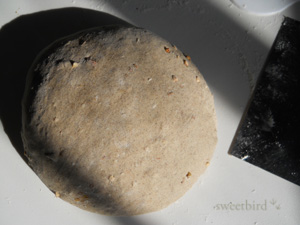 Also, I used KA bread flour, which I had neglected to do the last time, and it gave the dough and the final loaf more integrity. Since buckwheat is a very weak flour it needs a boost from stronger flour; the vital wheat gluten is added to this formula for the same reason.

I had an appreciative audience while I worked, my sidekick Bigwig: 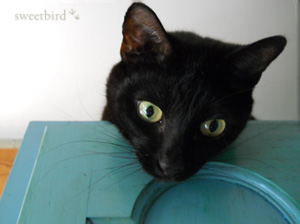 The house was filled with the same deeply wonderful aroma of roasting buckwheat when the bread was baking, and the loaf came out looking exactly the same as the other one, not surprisingly. I could hardly wait for it to cool so I could see what the difference would be in the flavor. 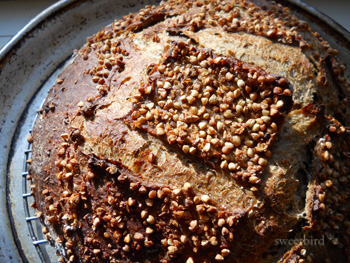 As it turned out, the differences were subtle, but definitely noticeable. The pear bread has a more delicate flavor, and slightly more natural sweetness. It's hard to pick a favorite -- I love them both -- but I would probably give the grand prize to the Buckwheat-Apple and the runner-up with honors to the Buckwheat-Pear. Either one is well worth having around, and the toast is a very, very, very special treat.

Happy baking to all,

Buckwheat -Apple came out on top! The dried pears and pear cider would be much harder to  find :-)  This bread looks great and your photos of it are top notch.  Can't wait to try to bake some soon.  Are those seeds on the outside or pear pieces? Crumb shot coming - or is it all gone?

Thank you, dabrownman. On the outside of the loaf are the soaked buckwheat groats that are held back from going into the loaf. In the original Buckwheat-Apple formula you'll see that 2/3 of the soaked groats go into the dough and 1/3 are held back to go on the outside. They do get quite crispy on the outside! Make sure they are completely soft before using them. Hopefully my original Buckwheat-Apple post is clear on this, but let me know if you're unsure about it. It is also possible to put all the soaked groats into the dough and none on the outside, which I've done many times and is a nice, perfectly fine alternative.

The crumb on this one is identical to the Buckwheat-Apple, so I didn't post another shot of it.

I do hope you try it!

not the groats.  But I did see them at Whole Foods this week,  Why I didn't buy them I donlt know,  so will pick some up there.  Thanks for the clarification.

Great looking bread.  I like the idea of the raspberry cider too.  I definitely need to add this to my bake list.

I have 4 cats...you can check them out on my blog at www.mookielovesbread.wordpress.com if you are interested.

Anyway...thanks for sharing your wonderful recipe.

Ian, I got a kick out of seeing all your dearly-loved shelter cats. I'm familiar with the North Shore Animal Shelter where some of your cats came from (I spent lots of time on Long Island & lived in Queens), and all my cats including Bigwig were rescued. I found a litter of five kittens (including Bigwig) in the woods near my house, abandoned in a cardboard box on a rainy night. They all came home with me and now are inseparable from us. We love them all.

I hope you try one of the buckwheat breads one of these days!

I'm so happy to hear that you have opened your home up to 5 cats...I'm sure they all are greatful for the home you have given them.  If I had a bigger house and wallet I would love to add some more, but for now the 4 of them are all we can handle!

I will definitely give one of your buckwheat breads a try in the near future.

Hope to see some of your other furry friends helping with your baking in the future!

sourcing.   It makes your bread so unique.   And I'm sure delicious.    The photo of the pear is so beautiful.  -Varda

I enjoy your baking so much and I appreciate your comments. It's great to hear from you!

Hi Janie,
Your bread is has such a burnished, beautiful crust, and the color is set off so nicely by the buckwheat
(could you call this a 'kasha crust'?).
The raspberry honey has a gorgeous color, too!
The floating doughball looks like a really good proofing test (thanks for the tip).
Thanks for writing about your delicious-sounding bread.
:^) breadsong

Your comment brought a smile. I love those crunchy little buckwheat groats.... The color & burnished look of this crust is another bonus of this remarkable bread. I don't do anything myself to achieve it -- the buckwheat flour takes care of that part!

One thing to be cautious of when trying the dough ball trick is to make sure the temperature of the water matches the temperature where your loaf is going to make its final rise; if the water is too warm, the dough ball will pop up too soon and confuse the issue. I find it to be a handy way to confirm my dough assessment but I don't rely on it completely. Dough assessment still is king! Or queen! :-)

Thank you so much for your comments. I always enjoy hearing from you.

Thanks Janie - that makes sense re: temperature of the water and I agree with you re: dough assessment.
Still finding proofing progress a tricky thing to judge, I'm hoping the floating doughball will be another helpful indicator for readiness to bake.
:^) breadsong

crust, love the texture from the groats!  Sounds like a delicious bread.

Bigwig photo is great, you managed to catch him or her at just the right moment of intent concentration.

Thank you, FlourChild! It is such an unusual and delicious bread, unlike anything else I make or anything I can buy locally.

Yes, that was a perfect and typical Bigwig pose. He follows me everywhere and likes to be involved in all activities that I'm involved in. It's so funny and sweet.

All the best to you,  Janie