I bought some paper Panettone molds, but have never used the paper molds before.  Have always used pans,..but wish to make several Panettones for Christmas giving.  Do I grease the paper molds, prior to dropping in the dough?  No greasing necessary?

Just plonk the dough in the mould. The paper is part of the final product.

Have a look on my blog:

Also great looking Panettone, and Panadoro on your blog. Good video illustrating the hydration of the dough.   Excellent video on making Panettone by Gary Rulli.

Thanks! ...for the prompt answer to my question,...and the link.

hang the baked panettone head down as soon as it's out of the oven, or the dome will most likely collapse inward. You should pass 2 knits/wood sticks (something resistant) across the base, in contact with the bottom of the mold and hang the puppy over something (I use 2 stacks of books).

from heavy bamboo skewers, over the edges of 12 quart Cambro storage bins.  Thanks, for the tip, nicodvb.   Baked four panettones this afternoon, and suspended them via the skewers immediately following their departure from the oven.  They smell delish.  When I have used pans, I could only lay them on their sides, which was not ideal.  Will be interesting, to see if there is a difference in texture.  Paper is the way to go!

Thanks, for your tip.

Sounds like it went well. well done! Just out of interest what recipe did you use?

If your pans are magnetic, you could use some medium-duty magnets to still hang them upside down.

slip out of the metal molds when hung upside down?

Mwilson, the Elmi recipe you tried yourself is -IMO- the closest thing you can obtain to a commerciale panettone. I tried a lot of recipes, but no other recipe comes as close a that to a panettone as we know it.

You made me curious, Stephan about hanging pans via magnets.  I drug out my pans, and a long magnetic knife bar that has been stored in a drawer for years....and Voila! Instant pan holder.

Too bad I don't have more magnets, as this method would then work with two pans.  Thanks for the clever idea.

Mwilson my recipe was pretty close to the original Panettone high-hydration recipe by Jim Lahey, of Sullivan Street Bakery. I doubled all ingredients,  and did a slightly different fruit mix, soaking the dried fruit for 24 hours in slightly more booze,...Laird's AppleJack, and Bacardi Select Rum.  I used Barley Malt Syrup instead of honey & 1 tsp vanilla extract (no vanilla bean) & 1/2 tsp Fiori di Sicilia.

I divided the doubled recipe into four 903.5 gram globs of dough (total dough weight was about 7 pounds 15 ounces), as I wanted to give away as many breads as possible. My "Tall Loaves" was not as good as I had hoped.     My 6" wide forms were well crowned (over forms) after baking, but the bread really didn't come completely to the tippy top of the SIDES of the four-inch-high molds.  When I do this again, I will use only three of the same size molds to the same volume of dough.

I was very pleased with the texture, and fine "spongy" holes throughout the victim that I cut in two.  I waited to remove the breads from the oven at 190 degrees internal temp, as at 185, some dough still clung to the thermometer probe.

The Lahey recipe is definitely a keeper, and superior to the old Bernard Clayton (from his older Breads of France book) version that I have frequently used in the past.  Although I miss the Anise seeds of Clayton's recipe.  I also used to always add Monin Hazelnut Syrup to the same recipe, as I am a hazelnut fiend. 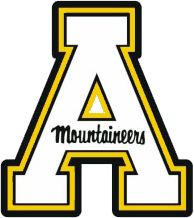 A friend and I just made 64 loaves of Reinhart's panettone in paper molds.  No hanging upside down required.  They did fine and just put the dough in the mold and bake.

Baguettes based on, Jeffrey Hamelman's...
Butter Cracking
Greetings from Tux, Austria
What type of fineness should be expected?
Frisian Black Bread TRB
END_OF_DOCUMENT_TOKEN_TO_BE_REPLACED