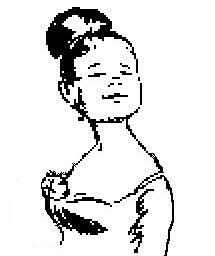 I took delivery of my new Electrolux Assistent N28 a few weeks ago and have been happily climbing the learning curve associated with it.  One of the things I've been trying to determine is the friction factor of the machine so I can more accurately predict my final dough temperature after the kneading has been completed.

The results I've gotten so far are only in the 2º to 4ºF range.  It seems to me that this is rather low so maybe I'm doing something wrong?  I note the beginning temperature, the dough type, the approximate speed, the tool being used (roller or hook) and then the dough temperature after 10 minutes.  My kitchen is generally in the 70º to 74ºF range.

Are these friction factors similar to what others who own the DLX are getting?  I'd like to find out so I can gauge the relative validity of my results.  Thanks!

If you want to build a calibration table for the N28, I suggest you build it around hydration level, bowl speed, and whether you are using the dough hook or the roller.  I would also take note of the specific flour you are using since an all purpose flour will have less resistance than a high gluten flour - but until you have the data you won't know whether it is enough to merit adding it as another variable. The temperature rise is a function of how much of the motor power is dissipated in the dough, the mass of the dough, and how long you mix.  The dough hook depends on the friction of the dough sliding along the inside of the bowl to force it under/behind the hook.   With the roller, the friction of the bowl on the dough pulls the dough behind the roller but not around it.  For medium to high hydration doughs the scraper also takes part in the mixing process as the dough is pulled around it and that becomes a significant component of the work imparted to the dough and thus dough heating.  Room temperature plays a very minor role in determining final dough temperature.

I have seen quite large temperature increases, and even when using ice water often have final dough temperatures in the high 70's when using the roller.  Perhaps the quickest way to collect a decent database to support parameter extraction would be to pick a recipe that you make often and take temperature measurements at two minute intervals during the mix, noting the batch size (weight), dough hydration, flour used, mixing tool, and speed setting.  The bowl speed is 42 RPM plus 24 RPM per mark above the first one.  I would then plot temperature rise per mixing minute per pound of dough vs bowl speed for each hydration and mixing tool.  This way a single batch might produce four or five data points that can all be plotted to form a cluster that is as tight as the limits of data collection and instrumentation. The same recipe should fall into the same cluster every time.

Feedback needed - sourdough loaf
My Foolproof Step by Step Recipe
Large Bubbles, Just Underneath the Crust
Deflating on the scored side
What is a seed starter?
END_OF_DOCUMENT_TOKEN_TO_BE_REPLACED