Hello everyone,
Farine featured Luminita Cirstea in a 'Meet the Baker' post on her website.
Ms. Cirstea's courage, hard work, commitment and talent are so inspiring!
I so wanted to try making Ms. Cirstea's delicious-looking (and prize-winning!) Raisin-Rye bread.
With thanks to Farine for writing about Ms. Cirstea, and thanks to Ms. Cirstea for her efforts to develop this formula!

(Rye bread is new territory for me - I found lots of helpful information here on TFL posted by Andy, breadbakingbassplayer, dmsnyder, Elagins & Mini (thanks! to all)).

Here's a picture of the raisins (so pretty!): 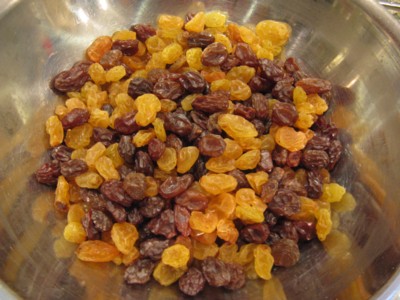 After baking, my bread resembles a Mexican Chocolate Crackle cookie I recently baked: 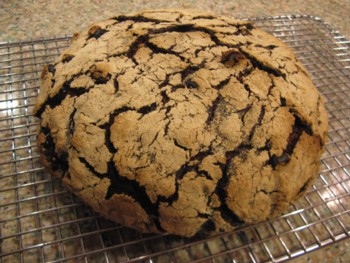 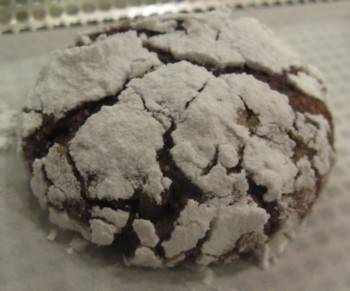 Crumb shot (I love the flavor, and the golden raisins that light up the crumb; a lovely reminder of Luminita and her beautiful first name!): 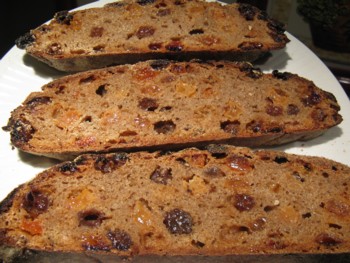 For one 1000g loaf (my interpretation of Ms. Cirstea's formula):


I'm including some pictures taken during fermentation (not sure if I did a proper job or not!).

The second Levain was to bulk ferment for 90 minutes.
Here is what it looked like at that point (I was unsure if it showed evidence of enough fermentation): 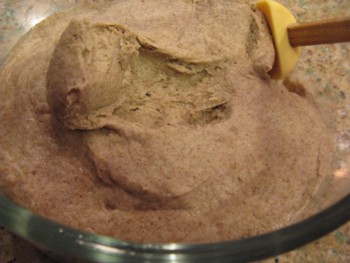 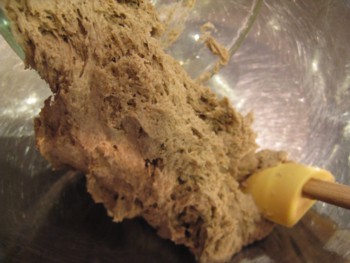 I proceeded with mixing by hand after the 90-minute bulk ferment, substituting an equal weight of whole-rye flour for the rye meal.
After the mix, the dough temperature was 73F: 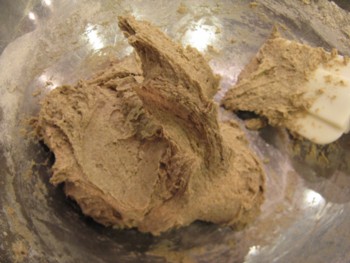 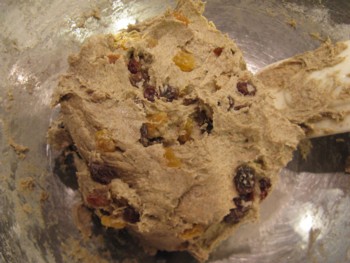 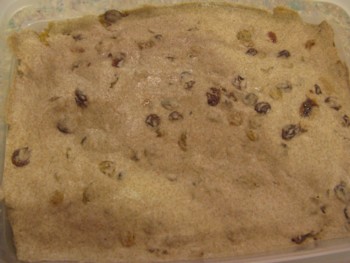 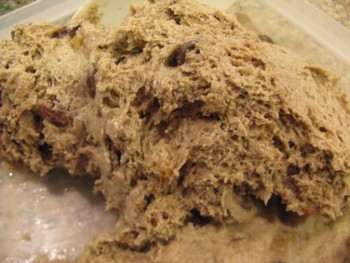 The dough was quite sticky, so I didn't take a picture of the shaped loaf (my hands at that point were absolutely covered in rye paste!).
The dough after 40 minutes of proofing (some cracks starting to appear): 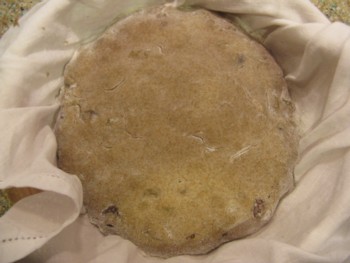 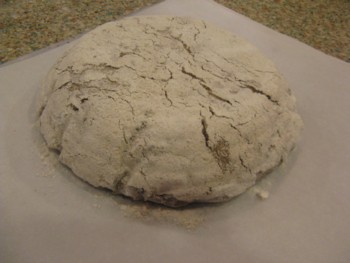 I baked at 480F for the full 45 minutes and left the loaf in for 10 more minutes with the oven off and door ajar.

The loaf sat for 16 hours before slicing. It's a really crusty loaf but the crumb is moist and tender.
We enjoyed a beautiful breakfast this morning, thanks to this bread - the flavor is wonderful!

Happy Baking everyone! from breadsong

That looks beautiful, breadsong. I love the cracked crust and the comparison with the cookie. Farine does such a great job with her meet-the-baker series, doesn't she?

Were you able to find golden raisins without sulfites? It's not so easy, and I'm very susceptible to the taste of preservatives.

Hello louie, Thank you so much.
The golden raisins I bought are not organic, and sulphur dioxide is listed as an additive. The dark raisins are organic.
I prefer to buy organic raisins, but the golden ones were so beautiful...I gave them a good wash before I soaked them, for whatever that's worth.
I've had a hard time finding golden raisins period...but will be on the lookout for organic ones.
Thanks, from breadsong

Beautiful looking raisin bread, breadsong.  And certainly a sticky dough to work with! Ms. Cirstea's formula is interesting in that there is a lot of extended fermentation for such a heavy (84%) rye.  Does she explain this in her recipe?  Hamelman's rule of thumb for ryes of this sort is about 30 minutes bulk fermentation and 60 minute final proof.

Sometimes when I'm working with 70 - 80% ryes I find myself wondering why our ancestors didn't just use it to construct their homes ;)  Oh course that question disappears once I'm enjoying it with a nice piece of cheese...

Hello Larry,
I am discovering rye and loving it, and regret what I've missed out on all these years!

Re: crust, yes this crust is very sturdy and I had to work at it to slice it. I never thought about the bread being a possible building material, but I thought for a moment I might need a more powerful tool from the shop to cut it (just kidding)...but the knife was struggling a bit!   :^)
It's a dense crumb but still quite nice to eat!!!
Thanks, from breadsong

This looks s yum, breadsong!! this is a snack! Rye and raisins!! perfect

Hello, Ms. Cirstea's formula with all those raisins looked so appealing, and yum is exactly right (so tasty)!
I've been thinking about golden raisins ever since you did such a beautiful job baking Mr. Hamelman's Golden Raisin Bread!
Thanks to you too, for your inspiration for this bread.
from breadsong

Any chance you could line up the numbers from the spreadsheets? I screwed up the teff miche already...

Hello Jeremy, I apologize if the presentation of the formula is causing difficulty.
I've often wondered how people presented nicely-formatted tables here on TFL.
To try to improve the display of this formula table, I just spent a few minutes and managed to get my spreadsheet table (which I have nicely aligned, with borders defining the columns) into .html, which I then inserted into the HTML editor here...after updating, it looked promising, but when I saved the changes to the post the table displayed exactly the same as before.
I reorganized the order of the columns, and used 'Indent' feature to right align all of the numbers in the table.
I hope this helps!
If anyone has any pointers on formatting and table presentation, I'd love to learn how it can be done.
Thanks from breadsong

I'm sure there are many ways to create a table that behaves itself, but here's one: Write your blog entry in a program that allows you to create and format tables. Most word processing programs and some text editors do. Put anything your want in tabular form, such as a bread formula, into a table. Format it as you like.

When you create your blog entry on TFL, just copy your word processing document, tables included, and paste it into the TFL editor. You may lose some formatting, but the columns should line up.

Hello David, Thank you so much for your reply.
It never even occurred to me to use Microsoft Word to create tables, as I'm so used to using Excel spreadsheets for everything.
I created a table in Word and updated the post, and the display is much easier on the eye now - thank you!
I feel silly that such a basic thing eluded me but am grateful to you for mentioning 'word processing'!
(and I'm glad you liked the bread!)
from breadsong

Your raisin rye bread looks very nice, breadsong!    It is very interesting to see when I added some dry fruit into a dough or using mixed 2 kind of fruit yeast water, the dough rose very slow.  It is like that it rises slower when you put honey in the dough that  used dry yeasts??

I am very glad to see you had a great breadfast!

Thanks so much and that rye bread was a really good thing to look forward to for breakfast.   :^) from breadsong

Hello Syd, This loaf was a really good one to try; so glad you liked it.
Thanks, from breadsong