A visit to Poilane in Paris

A visit to Poilane in Paris

On my trip to Paris last month, I got a chance to visit the famous Poilane bakery. I've been wanting to visit it since reading about it in BBA as well as hearing what others have said about it. And finally, I had the chance so I thought I'd share with everyone. 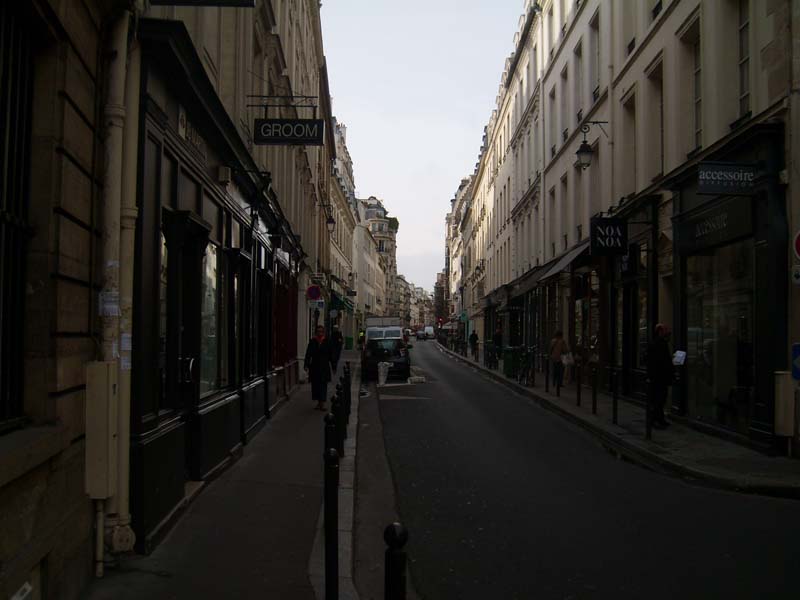 And finally, I found the shop, which looks exactly like it does on Poilane's website (apologies for the blurry pic): 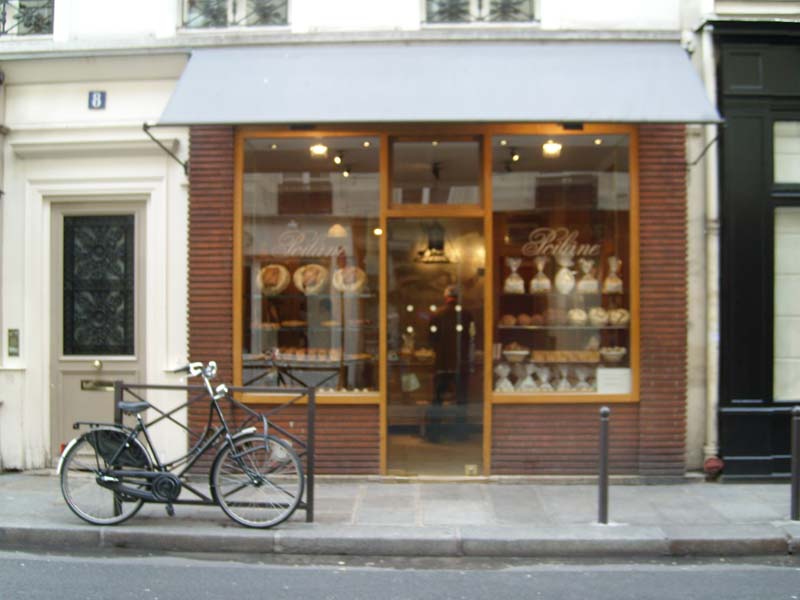 I bought 3 of his famous miche with the big P slashed onto it, one of which I had them Fedex to my parents in Canada (you can  order online to ship anywhere in the world, though to my chagrin the Canadian customs people decided to charge an arm and a leg in taxes when it arrived in Canada, so do beware!).

The service was exceptional! I speak fluent French, but I get the feeling they'd be friendly no matter what language you speak. The lady even gave me a certificate to testify that the bread was indeed made in France, listing the ingredients etc. so I wouldn't have trouble taking my miches back to HK (in her words, the certificate was "just in case someone at customs decides they would like to eat some Poilne bread" hehehe). The 2 miches pretty much filled half my luggage and weighed 1.9kgs each (that's over 8 pounds for the 2 that were in my luggage).

When I got home, (about 24 hours later), they were in perfect condition. Here are shots of them uncut and cut. 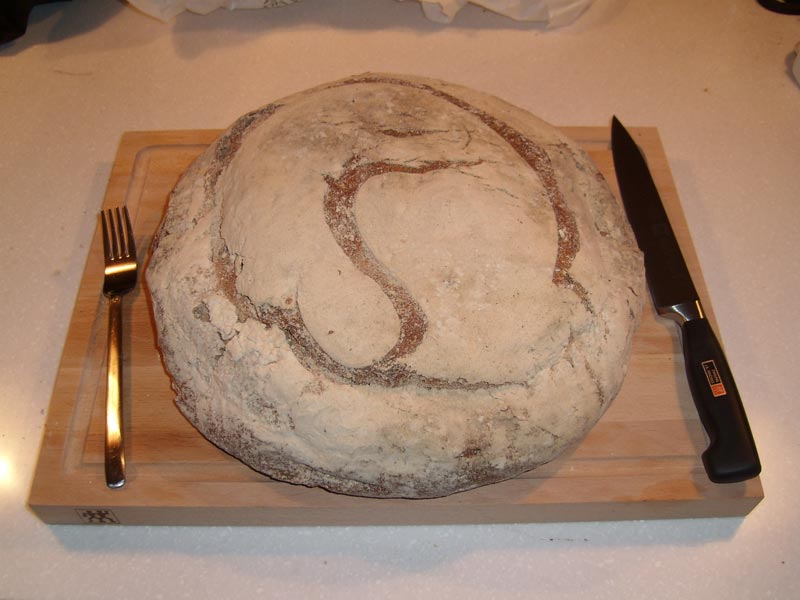 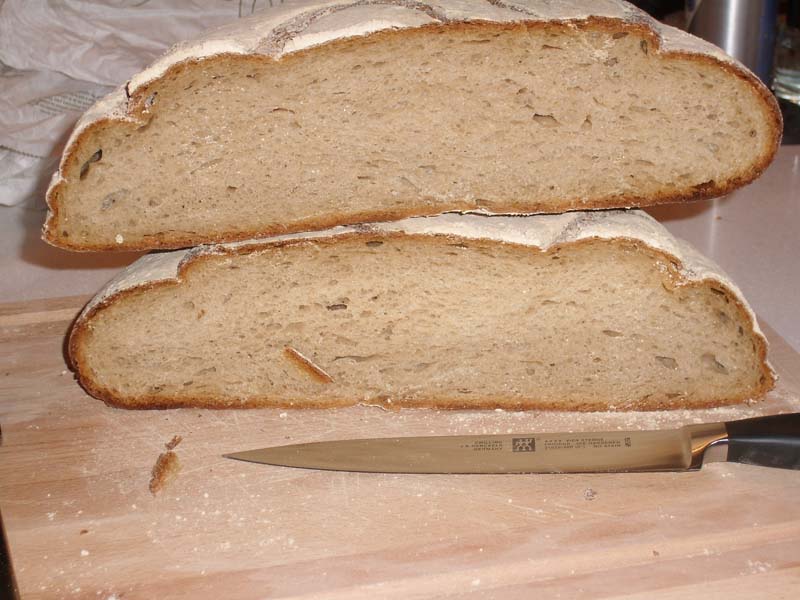 For scale, that's a 10" carving knife. If I were to hold the bread on a cutting board that's 16" across!

The bread was delicious. Quite sour, with a very crunchy crust which was heavily floured. The crumb was chewy, but when you pull it apart, it breaks rather easily like most sourdough (i.e. not "tough"... hope that makes sense). I had it with French butter, a triple cream Saint Andre cheese (if you've never had it, think of it like Brie's sexy cousin... you'll never want Brie again!), a white chevre (relatively mild goat's cheese) and an ash chevre (same but a bit stronger/more pungent). I'd have to say the butter alone was not the best combo, as the bread is relatively sour... but that's just my personal preference. The St Andre was excellent with it, as it was creamy enough to hold its own. But the goat cheeses were perfect with it.

It being a huge miche, I cut it in quarters and well-wrapped and froze the quarters I wasn't eating. The quarter that wasn't frozen lasted a few days before getting kind of dry. But I suppose that cutting it in quarters would dry it out faster. Still, great bread.

Compared to other sourdoughs I've tried (which aren't many, since I'll have to admit I'm not a huge fan since I prefer baguettes), I'd say the crust is must more interesting on Poilane's miche... crunchier than the few sourdoughs I've had, with a sour crumb that stands out, distinct.

Any sourdough afficianados out there who have tried Poilane and have any comments? I'd love to hear more, as I'd like to start trying more sourdoughs as well as make a few of my own.

I haven't ever read someone actually describe the flavor of the bread.

I've read tons about the Poilane's miche, but have never tasted it.

On your next trip, purchase a supply of France's type 80 flour as that's the flour used in the miche.

By chance did you taste any bread made by Max Poilane?

Unfortunately, no. I was only in Paris proper on the first and last days of a business trip south of Paris. I hear his bread is quite similar to Lionel's, though.

Janendo, a TFL member, lives in France and earlier posted this thread about the flours available.

She also has her own blog which you might find fun to read.

Polaine and T80 flour were discussed by James MacGuire in issue No. 83 of The Art of Eating, which I think you may enjoy.....in your free time.

Very nice post and thanks for sharing, finding little bakeries in overseas countries is always good fun, even ones that do not have the big reputaions such as Poilane's.

Do you have any interesting little bakeries in HK?

There are a number of little bakeries that make western/European style breads popping up here and there in Hong Kong. Lots of them are decent, a few even very good. But strangely, I've yet to seriously explore them all... I guess I'm a workaholic and rarely get out of the office before they close... :( life in Hong Kong!

There is one that I've tried which I think is quite decent, called SimplyLife in the Central area of Hong Kong. Their hearth breads have a very dark crust, looks almost charred. But the flavour is interesting. Also, Joel Robuchon (the French "chef of the century" as proclaimed by many) has opened a restaurant with an in-house bakery near my office. I know he's known for his skills as a chef rather than a baker, but I've heard good things. I've been dying to try it, but alas see the last sentence of paragraph 1 above hehe. One day soon!

And then there are the scores of Japanese bakeries. The Japanese are big francophiles and they are always good at what they do. So their western style breads/coffees/desserts always taste nice. One place has become so popular that they sell a half loaf of bread (an enriched dough that is sliced thick for toasts) for HK$180 (that's US$23! To give you perspective on prices here, a decent baguette costs in the neighbourhood of US$3, a grocerer's sandwhich loaf costs around US$1.25) and you have to line up half an hour to get in! Needless to say, I've yet to try that place :-S

i always find it very interesting to see what my nextdoor neighbours are up to, we share the same time zone y'know.